On this occasion we present an exceptional trio. This can be stated because they are three truly extraordinary cars. When they first made their appearance, these autos caused a great sensation and what is most interesting is that the same thing happens today because any one of them that we see in perfect condition, at an Auto Show or as part of a collection of classic cars, continues being very attractive.

What makes them exceptional? They are autos that, seen from different angles, were before their time thanks to their aerodynamic lines, powerful engines, the sound produced by their motors and their fabulous very high performance features. Let us review each of these beautiful cars. 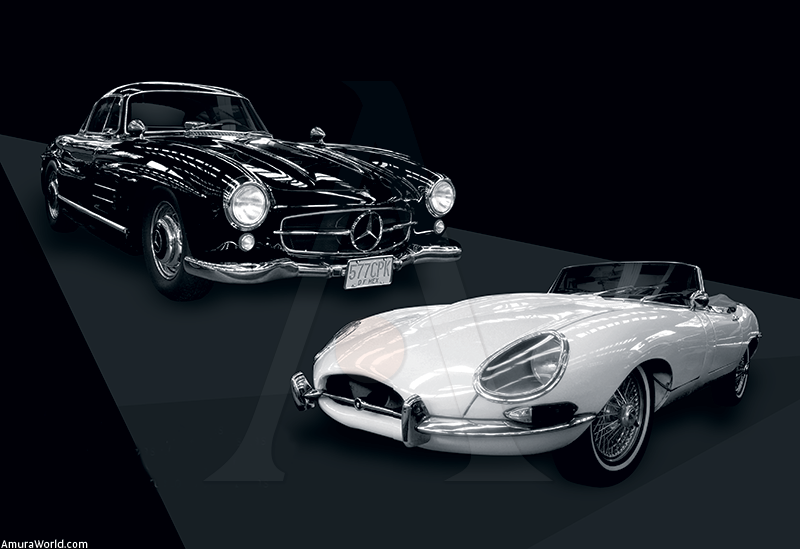 This grand auto began its successful life in April 1961, when it appeared for the first time in the New York International Auto Show. The presentation of the car was accompanied by all the pageantry that Jaguar and the Auto Show gave it It was a great moment in Jaguar's life since it emphasized the great importance and potential that the British brand saw in the American market The coupe and the roadster, the two models presented, caused a spectacular sensation.

The XKE had many virtues such as an in-line six- cylinder engine with double overhead cams, four speed manual transmission, three SU lateral carburetors, a weight of 1,120 kilograms (2,496 pounds), disk brakes on its four wheels and power enough to allow it to reach 230 kph (143 mph), a speed superior even to that reached by the Corvette of that era. More important of all was its slender, sensual line, which made it a sales success from the beginning. As of 1969, and as a natural occurrence, the XKE Series II was introduced and brought a few changes such as an increase in displacement, from 3.8 to 4.2 liters, maintaining the in line six cylinder configura- tion, four speed totally synchronized manual transmission, optional automatic transmission, standard leather seats, disk brakes in the four wheels and a Stromberg double carburetor, which made it more efficient, avoiding engine choking problems. This series lasted until 1971.

Starting in 1971, the Series III of the XKE was introduced. There was a radical change to this car’s engine since, initiating with that series, Jaguar mounted a 5.3 liter V-12 cylinder engine, making it the heaviest and fastest car but always preserving its undisputed elegance and sensuality, characteristics it has had since its debut. 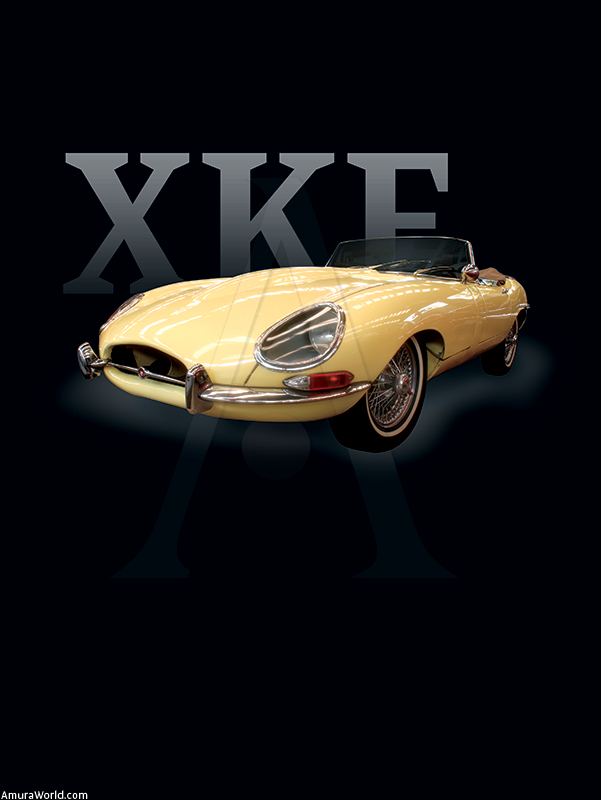 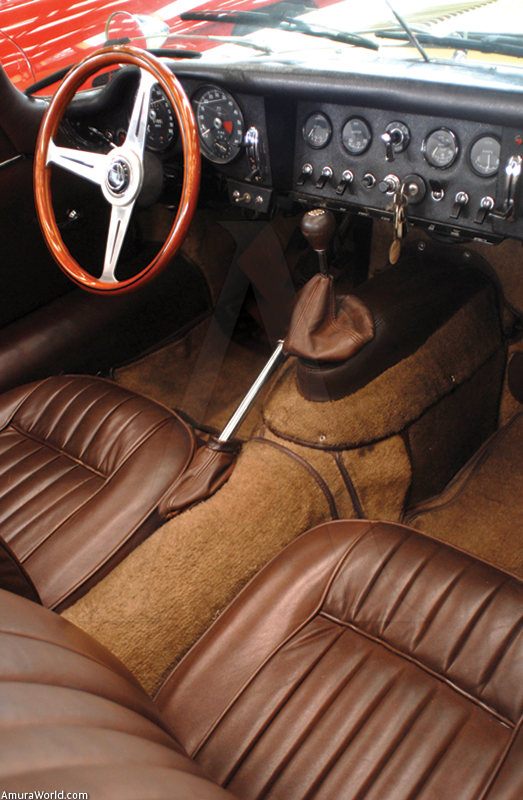 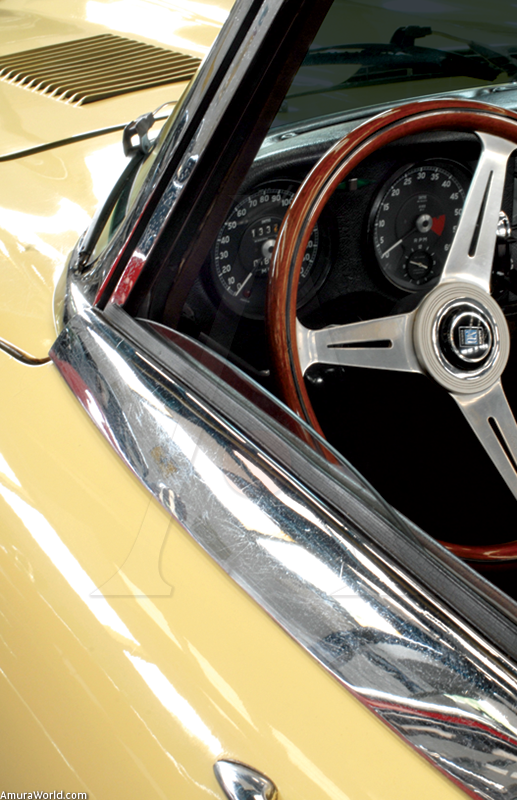 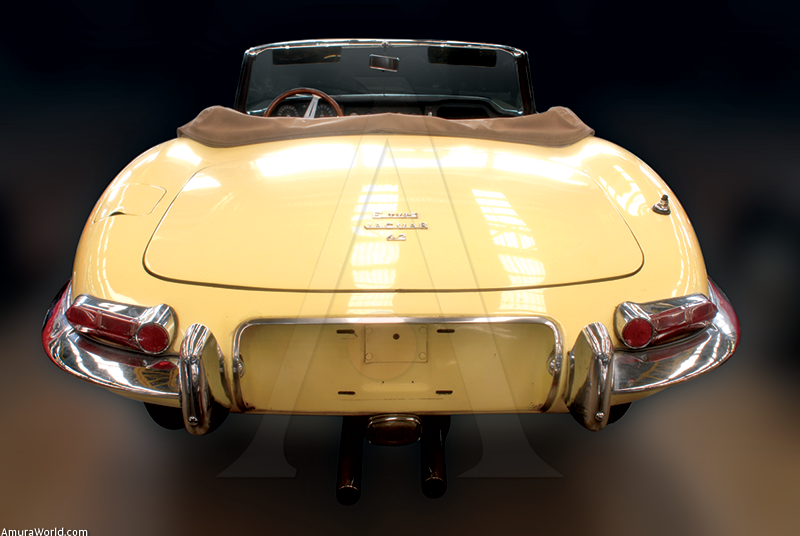 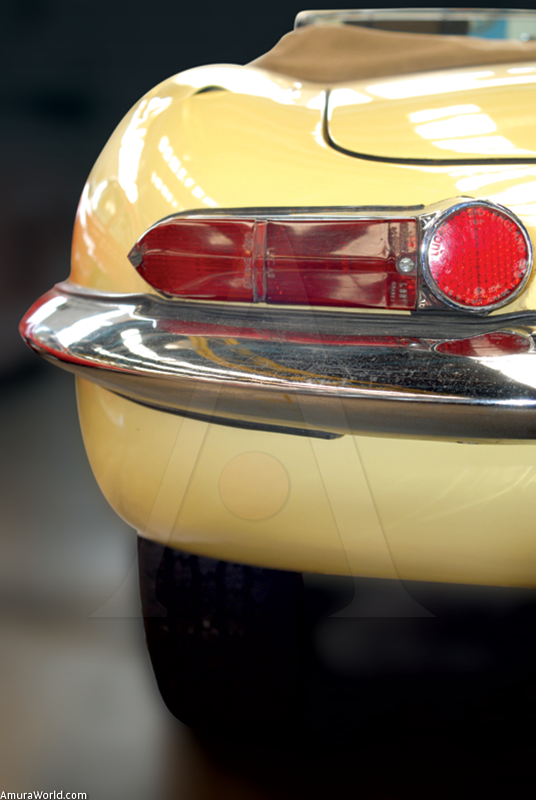 Thanks to the introduction on the spectacular 300 SL after World War II, Mercedes estab- lished itself as an extraordinary power in the world of sports cars. Its success was remarkable from the moment of its appearance in international events such as the Mille Miglia, the Targa Florio in Italy and Mexico’s Pan-American Race. Of the three participating SL’s in 1952’s Mille Miglia, two were awarded second and fourth places. In an exhausting 1000 miles test, the winning Ferrari arrived only five minutes before the Mercedes.

The 300 owes its name to its three liter engine displacement. The letters SL stand for “sport leicht", which means sports light.

The heir of the 300 SL was the 300 SLR, a car that, with the extra R of Racing, continued with the successful tradition of the original, triumphing in all styles of races in 1954 and 1955, especially Stirling Moss’ victory in the Mille Miglia. The SLR, with its in line eight-cylinder engine with 300 hp

and 290 kph (180 mph) top speed, produced a deafening roar so that, for its use outside the race- tracks, it required a large lateral muffler.

With the enormous string of successes of the 300 SL and 300 SLR, and thanks to its great demand, Mercedes finally introduced a version for the public in 1954. In 1957 they sold an additional version, the convertible or roadster, a car even more beautiful than the coupe and with no ventilation problems.

From the aesthetic point of view, the gull wings style doors of the 300 SL were, far from what was thought, not a consideration in its production. The doors owe their design to the tubular frame design beneath the body, which gave it its optimal rigidity. 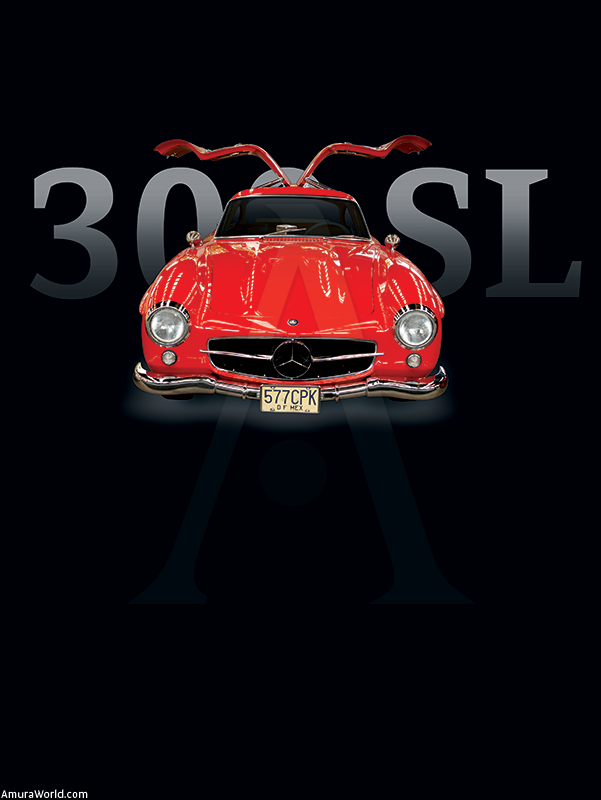 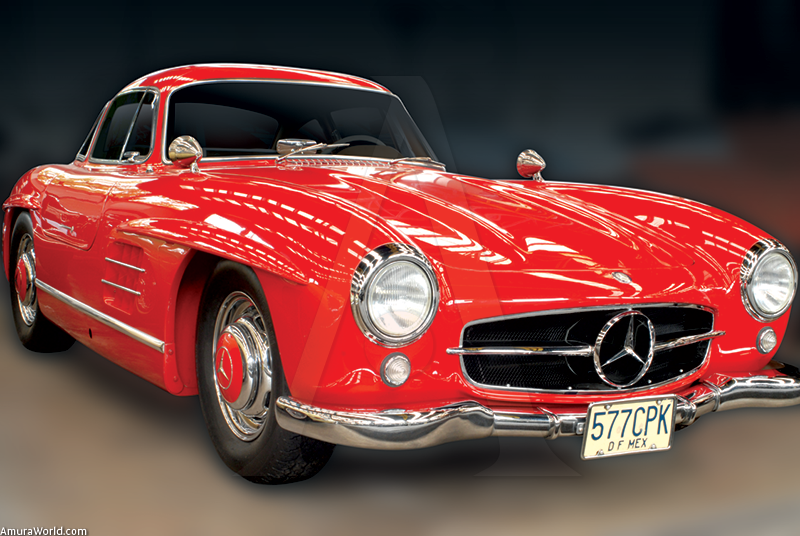 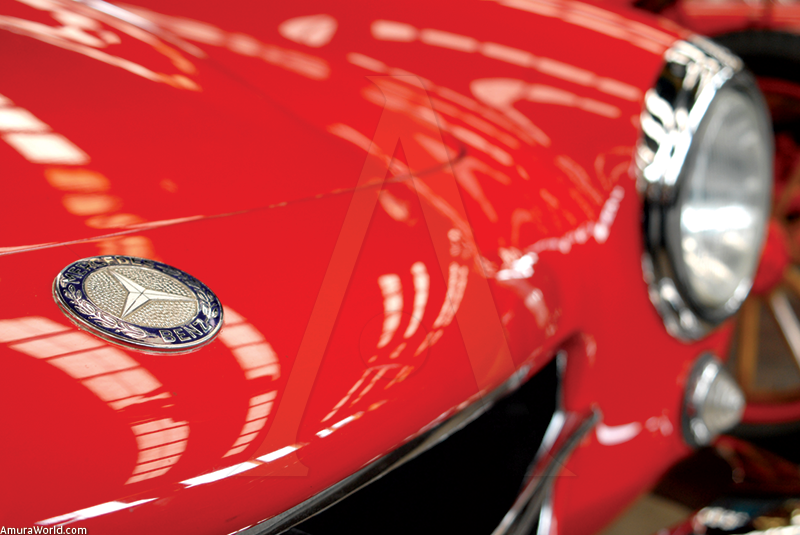 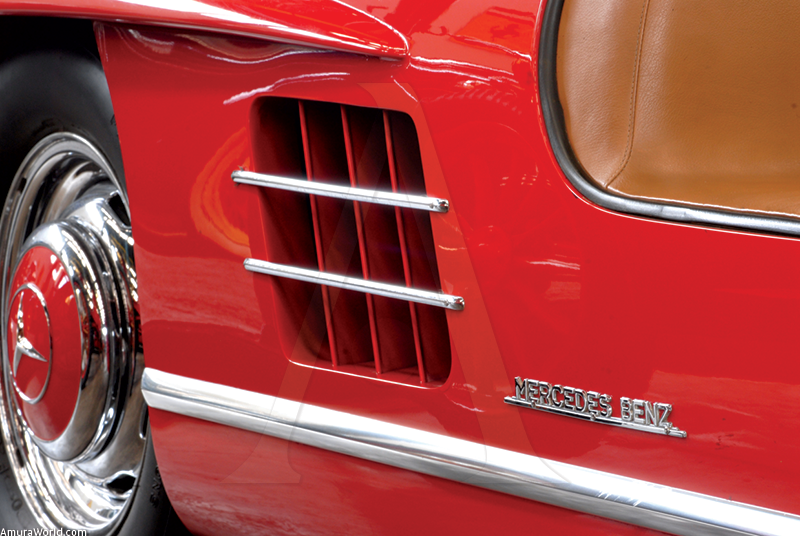 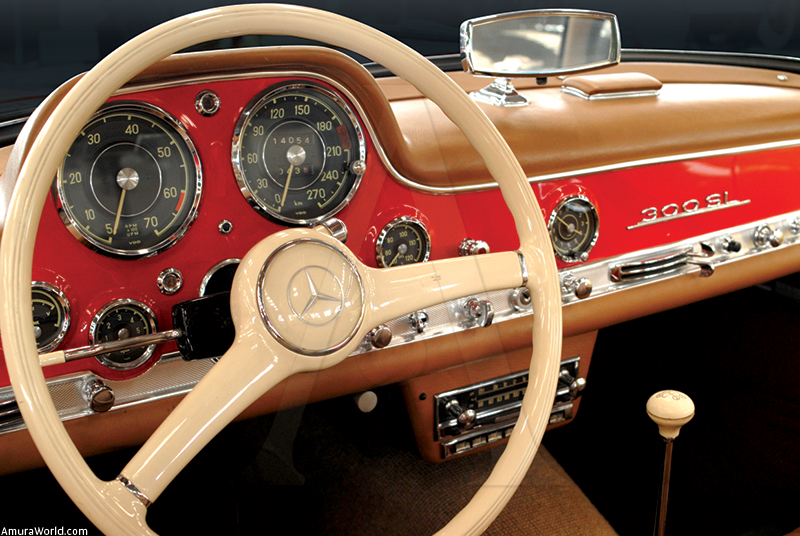