Headquartered in the Netherlands, Feadship is recognised globally as the world’s number one brand for luxury motoryachts. The organisation was founded in 1949 and the name is an acronym for the First Export Association of Dutch Shipbuilders.

While the facilities may have changed beyond all recognition, a sense of continuity prevails through the ages as generation after generation take up the mantle of building the world’s most luxurious motoryachts.

Today Feadship incorporates three of the most renowned names in superyacht history: The shipyards Koninklijke De Vries Scheepsbouw and Royal Van Lent, and De Voogt Naval Architects. All three have a distinguished history dating back many years prior to the formation of Feadship, which was taken to a whole new level once they united   under the Feadship banner.

From the very beginning Feadship set out to share details of its fleet both with clients and the wider general public who remain fascinated by the evolution of superyachts. The article you are reading continues a long tradition of showcasing the best motoryachts in the world.

The vast majority of the yachts featured in this Feadship Fleet still cruise the world’s oceans. As you peruse them do take time to reflect on the hundreds of astute individuals who have commissioned a Feadship and invested in pleasure with such enormous creativity. Ultimately, the story of the global Feadship fleet is a story about the owners who ordered them… 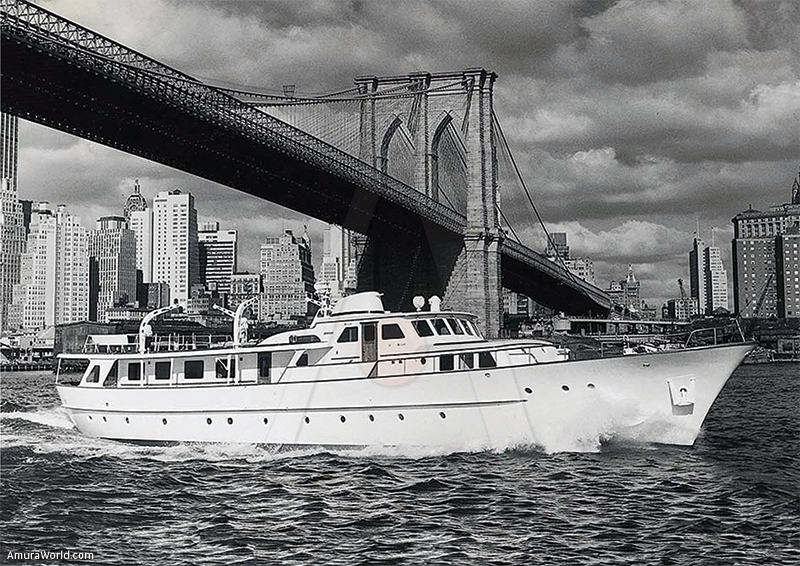 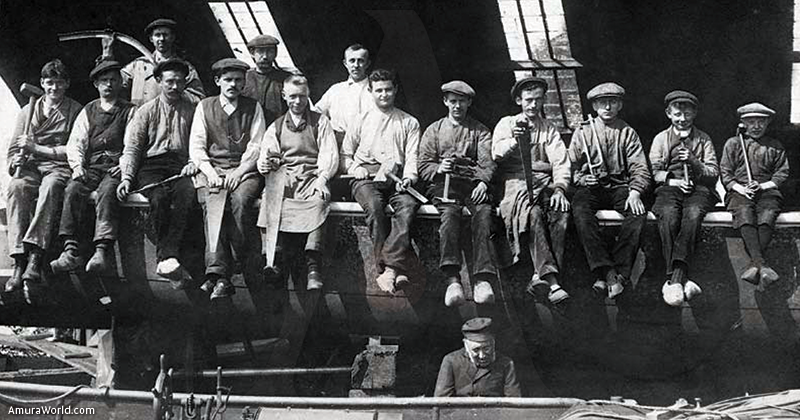 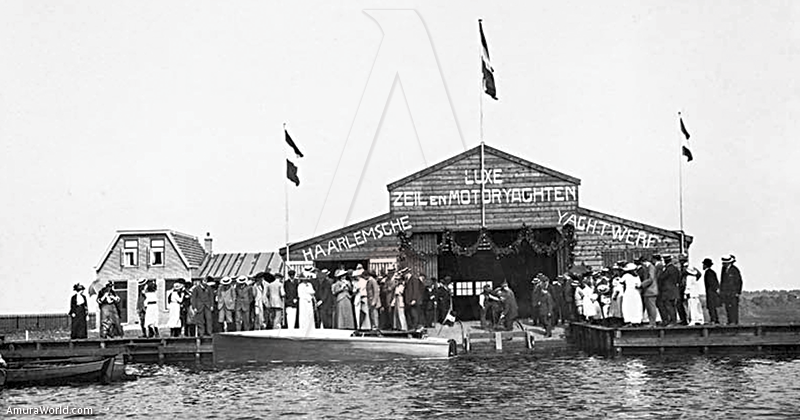 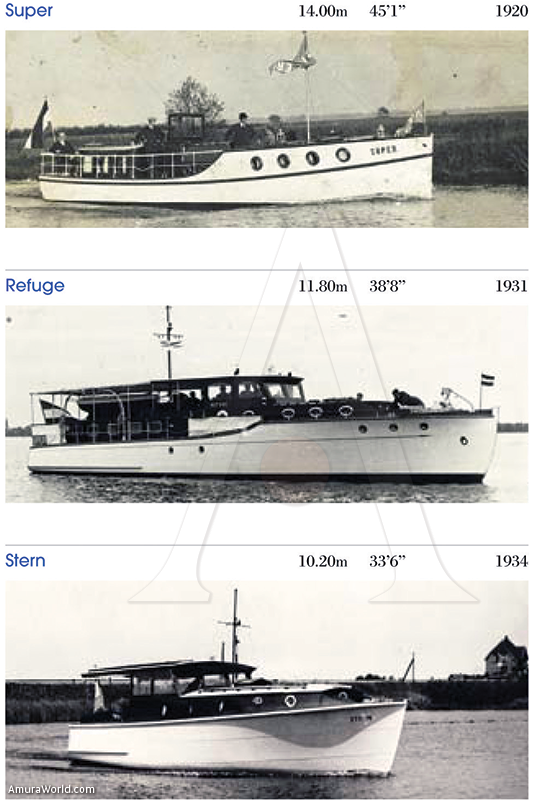 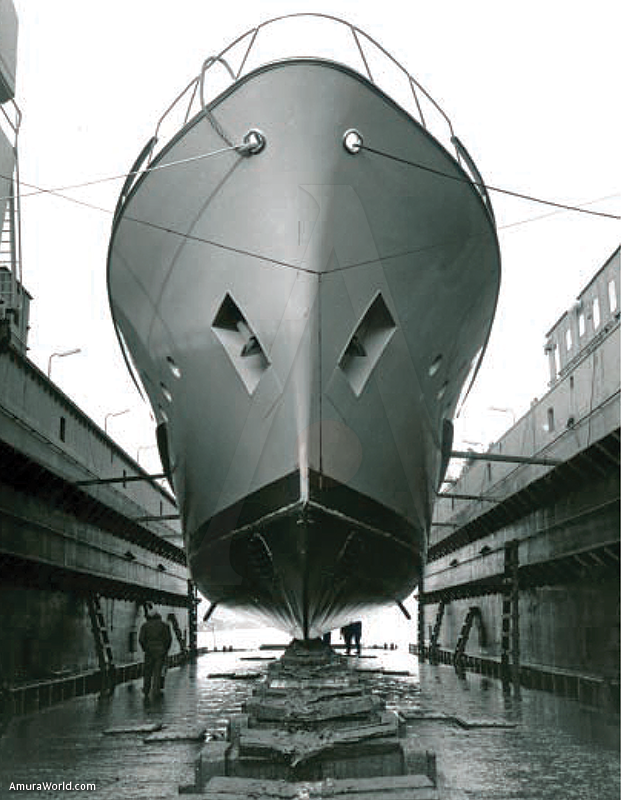 A look of pride

Incorporating the very latest technologies and materials, the Feadships of the 21st century are a far cry from those built decades ago. But the roots of the Feadship story – the strands in our DNA – stretch back to the mid-1800s. Boats have been built on the site of the Royal Van Lent yard since 1849.

Countless craftsmen have worked at this prestigious yard since this image was taken almost a century ago, but the faces continue to convey the same message: “We know how to build boats… And we love doing so.”

It is not just clothing styles that have altered dramatically over the years - the facilities too have changed beyond all recognition at the Feadship yards. However, a sense of continuity prevails through the  ages as generation after generation take up the mantle of building the world’s finest motoryachts. The De Vries workforce taking a well-earned breather in 1931, working in the Aalsmeer yard that was first opened in 1903. This is the quiet confidence and sense of purpose that remains etched on today’s Feadship specialists.

Recognition of the truly exceptional yachts that Feadship could offer came at the New York Boat Show of 1951. Several yachts were packed up and shipped across the Atlantic in perfect condition, which was no mean feat at this time.

The months of preparation paid dividends as the Americans were astonished to see Feadship’s use of steel, a specialty in Holland since the 1930s but an almost unheard of phenomena at this time stateside.

Orders quickly began to flow across the Atlantic for yachts in both steel and aluminum as Feadship’s reputation and the size of the vessels it built grew. By the early 1970s Feadship’s popularity was soaring. Henry Ford and Malcolm Forbes were but two of a host of famous folk to take advantage of the group’s almost unique offer - to design and build a completely custom-built yacht, one with proven performance to match. 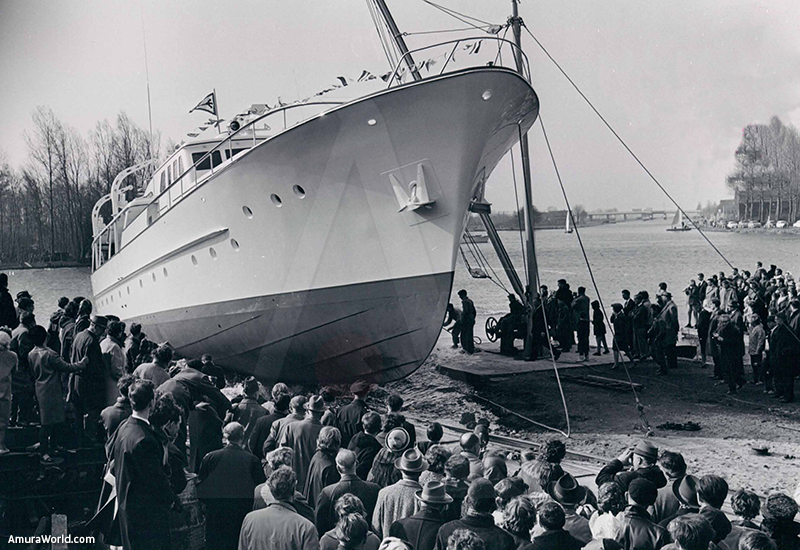 After the late 1970s saw an enormous increase in trans-oceanic sailing, Feadship’s rise to global prominence was confirmed. The Middle East became another major market, swiftly followed by the Far East. Regardless of which continent owners hailed from, when asked what sort of yacht they owned, ‘a Feadship’ was now the reply: The name had become a corporate identity in its own right.

The rest, as they say, is history, and Feadship has enjoyed continuous, market-driven progress for decades. Ever-more specialized facilities support a group philosophy of constantly raising quality standards and providing an unrivaled after-sales service network.

Streamlined management procedures have stood the three Feadship companies and their subsidiaries in great store. And the generations of the De Vries and Van Lent families that have run the yards ensure priceless stability.

The third party in the ongoing success story of the Feadship brand is De Voogt Naval Architects. The company also started out building yachts as well as designing them when it first opened its doors to an expectant public in 1913. While the partnership with the De Vries and Van Lent families grew – along with the size and the prestige of the projects being completed – Henri De Voogt and his son Frits decided to focus solely on putting pencil to board. Since then De Voogt Naval Architects has become the undisputed leader in its field, designing and engineering hundreds of incredible boats.

While our history primarily showcases the launches under the brand name since 1949, the three partners in excellence were also responsible for many vessels before the formation of Feadship. Both in terms of design and construction, the Van Lent, De Vries and De Voogt families were very much in demand among clients as diverse as the Shah of Iran, Brazilian businessmen, American tycoons and the Dutch royal family.

In addition to the motoryachts that would become the Feadship hallmark in later decades, the yachts built in the first half of the twentieth century included some exceptional sailing yachts and various all-wooden masterpieces. Even in these early days, the high quality and distinctive features for which Feadships became famous can be clearly identified.

The customer is always right. The more demanding the client, the better we perform. From bottom to top in our organizations, Feadship is crewed by people who are passionate about the quality of the yachts we build.

Customer requirements are not used as an excuse to be inefficient – they are seen as the justification to excel and show off our mastery of our craft. Many yards try to eliminate customer input by standardization of the process or even the entire yacht.

While this caters to the middle and lower end of the market, each Feadship is tailor-made to the wishes of her owner. 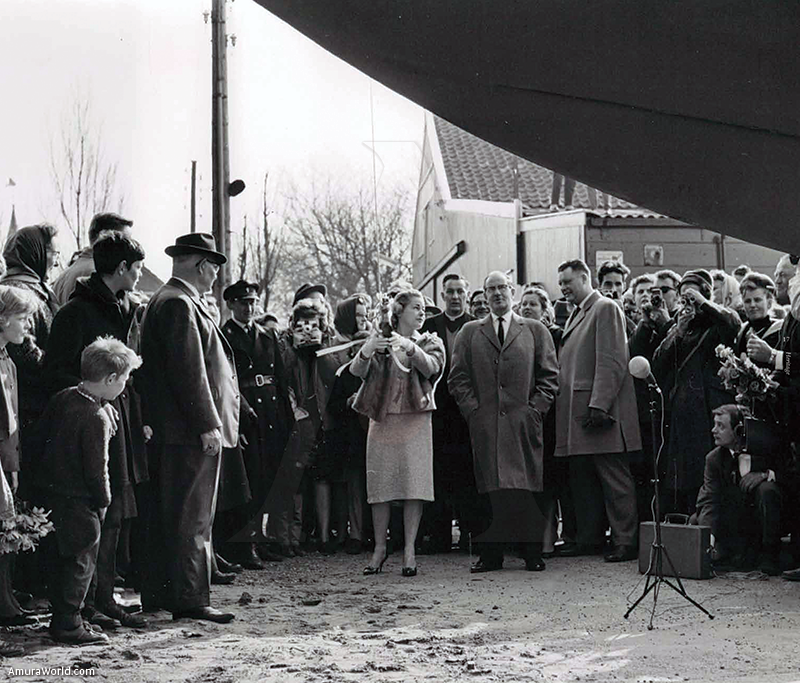 If you can see the quality, you are welcome. Our goal is to have a significant market share, not necessarily the biggest. In order to exist, we need to be seen, so we’ll always be in the global ‘top five’ of custom large yacht builders. This means that we are not output driven. In good days, we will have somewhat longer delivery times. In a slow market, we will still have enough work in the pipeline. Output remains limited, and we build only for clients whoappreciate what we make. Take a walk through our yachts, finished or under construction, and see some of the hundreds of items that are superior to anything else out there.

From our staff to yours

Sailing is a pleasure. A good ship stays together and keeps a happy crew. It makes your crew happy when everything works as it should. And in case it doesn’t, Feadship service is a phone call or email away. Putting things right in the first place avoids chagrin and enhances the experience as the boat is ready when you want it.

Noiseless and comfortable, with your crew residing in the best cabins in the business. 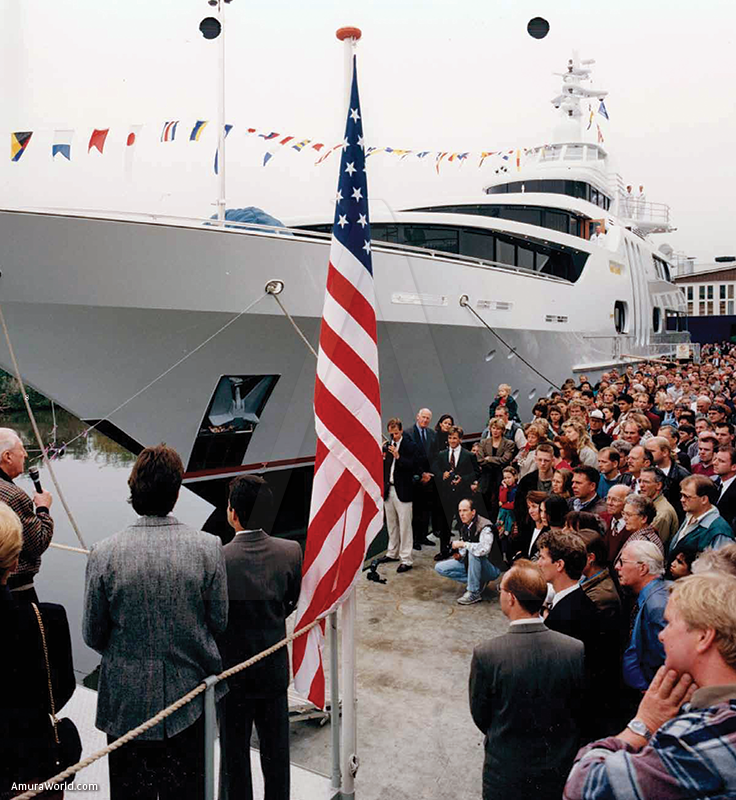