The story begins in the early 1970s on the British south coast in Poole where the early Sunseeker team, then known as Poole Power Boats, started moulding and fitting out boats from a small manufacturing facility. Business was good but it wasn’t until a chance meeting with an Englishman selling boats in the South of France that all this changed. He suggested small changes of design that would suit exporting to the Mediterranean market, and the business took off. This meeting marks a significant moment in Sunseeker’s story for two reasons; firstly it saw the birth of the modern luxury motor yacht as we know it today, but more importantly for Sunseeker it created an ethos which put the customer at the heart of the business which still thrives today.

From these early beginnings Sunseeker’s course was set. An early collaboration with Don Shead resulted in the continued development of his race-derived deep-V hull designs that not only became a Sunseeker trademark but also transformed the whole industry. For the first time customers could enjoy the performance of a sports boat in style and luxury. The perfect balance between performance and luxury became the Sunseeker standard and quickly established the British brand as a trend setter and market leader.

The Sunseeker team quickly realised they had something special and weren’t prepared to rest on their early success. In a bold move they started collaborating with world-renowned interior designer Ken Freivoch, who was famous for his stunning interior designs and imaginative use of space on superyachts. So in the 80s Ken brought curvaceous interior styling to Sunseeker and the interior design hasn’t stopped evolving ever since. 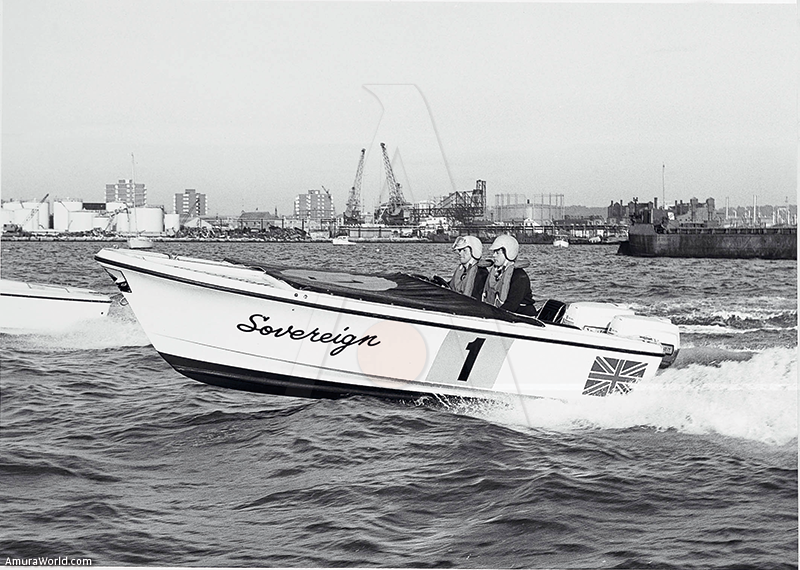 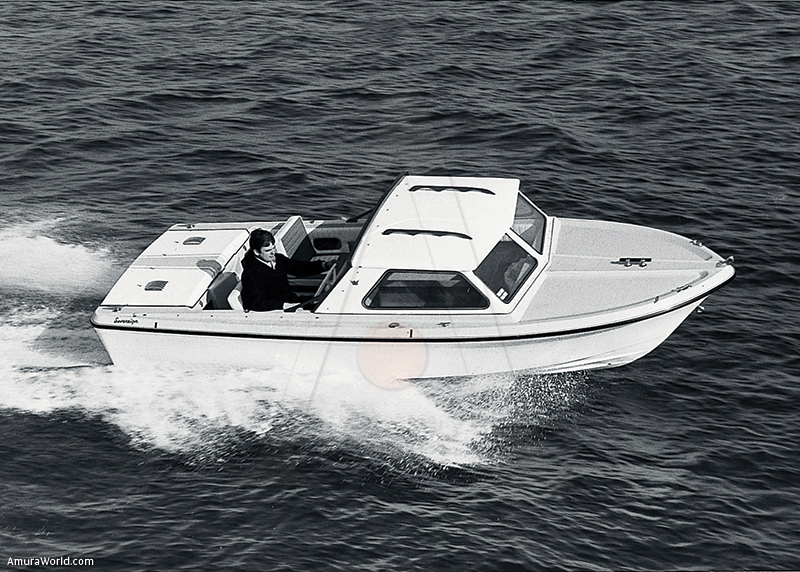 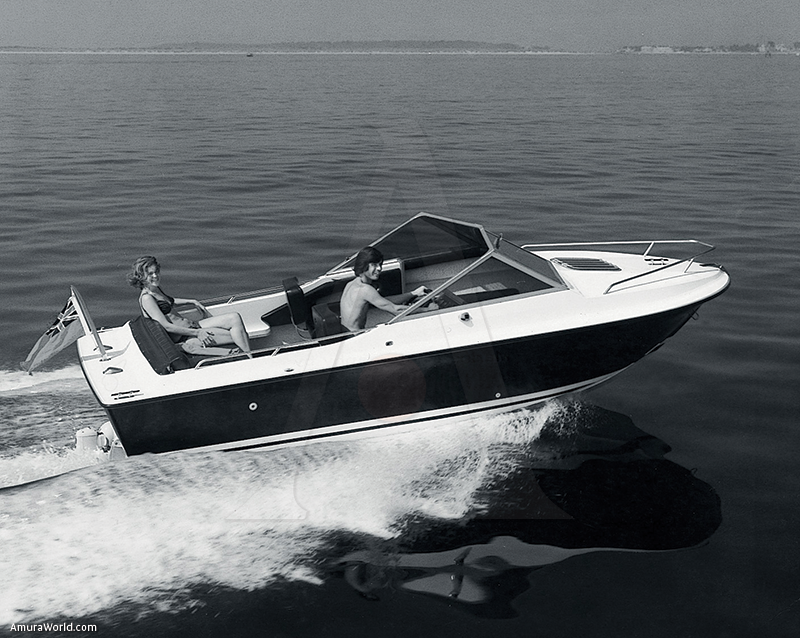 While design sat at the heart of Sunseeker, it was nothing without performance and power.  The team worked closely with the engine manufacturers to develop the very best performing boats on the market at the time. But even more impressive is the sheer number of drive and propulsion systems Sunseeker pioneered for their leisure craft. The early Offshore 28 is a great example of this innovation and engineering, being the first leisure boat to feature a lightweight hull specifically designed to take twin diesel sterndrives. Later models such as the Offshore 31 took advantage of the latest contra-rotating Duo-Prop technology.

The commitment to innovation has never left Sunseeker, from its early leisure yachts in the 1980s to the ground-breaking 155 Yacht launching in 2014. As the 1990’s arrived Sunseeker’s Renegade 60 pushed broke new boundaries. It was the first production boat to be powered by water jets. These expelled a massive 32,000 gallons every minute at full power, and the performance and handling were electrifying.

Sunseeker’s reputation for performance and build quality, coupled with style and luxury was becoming world-renowned. But at the heart of its growing success was its ability to continually evolve with the times – which meant customers eagerly awaited the next Sunseeker development like no other boat builder. Sunseeker set the standard. Change at Sunseeker was a way of life. Sometimes it was a gradual evolution which led to product developments and improvements, but sometimes it was a giant leap forward.  The launch of the Predator 80 in the late 1990s was one of those moments. 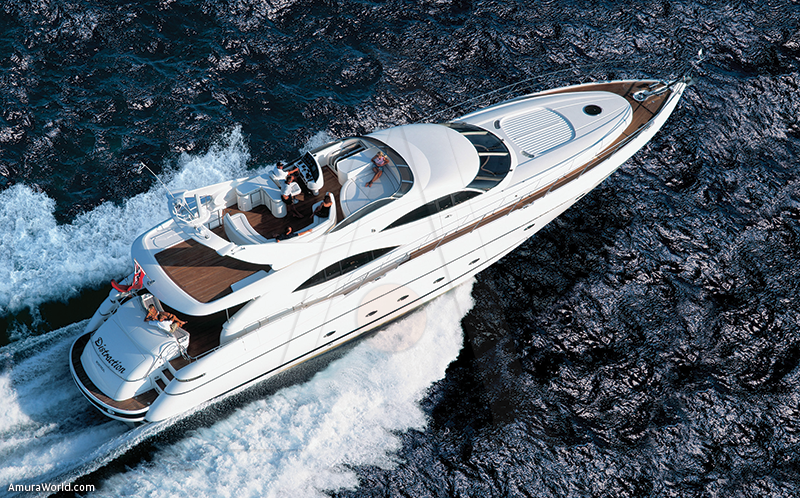 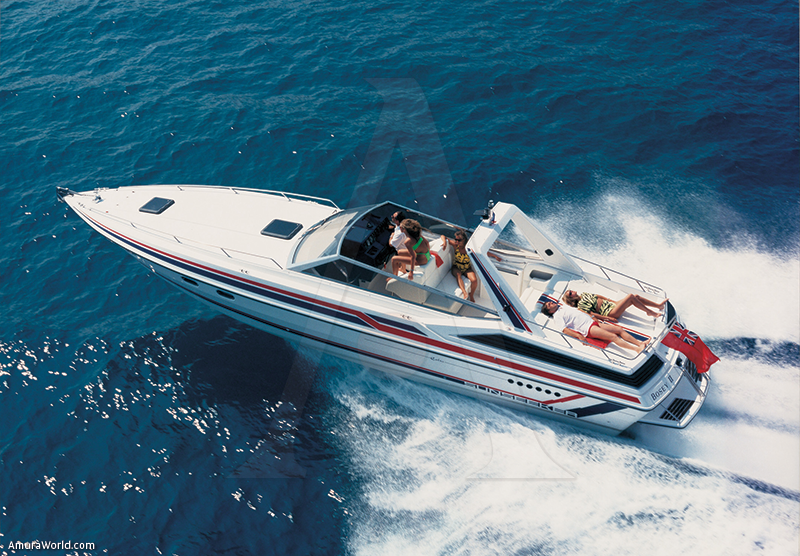 In the mid 90s the perception of large boats was generally one of reduced performance which required a permanent crew.  The Predator 80 changed all that for ever. This game-changer was an enclosed cockpit high-performance motoryacht, with super-efficient hydrodynamics which allowed her 50 tons to reach staggering speeds in excess of 46 knots. And all this could be achieved with just two people at the helm. The Predator 80 broke the mould and showed the world that luxury and space could also mean performance and handling.

The next milestone for Sunseeker was breaching the 100ft mark so Sunseeker could officially claim to be a superyacht builder, as well as a boat builder. So, 2001 saw the launch of the 105 Yacht, a magnificent 105 feet long performance superyacht.  The 105 met with critical and customer acclaim from around the world.  Indeed it was actually the first British-built production boat to win two of the world’s most prestigious International superyacht Design awards.

Since the launch of the 105 in 2001 Sunseeker has gone from strength to strength. Continued success required more than simply steady evolution; it required a commitment to innovation from all areas. In 2001 Sunseeker decided to centralise its technical operations in one location.  This was a major investment for the business and marked a significant commitment to maintaining the highest standards.  The new design centre heralded a totally integrated approach to the manufacturing process.  It meant interior design could work alongside the engineers, and the yacht stylists could work in partnership with sales.  In a nutshell it meant the process from order to delivery was joined up, which delivered an even better experience for the customer. 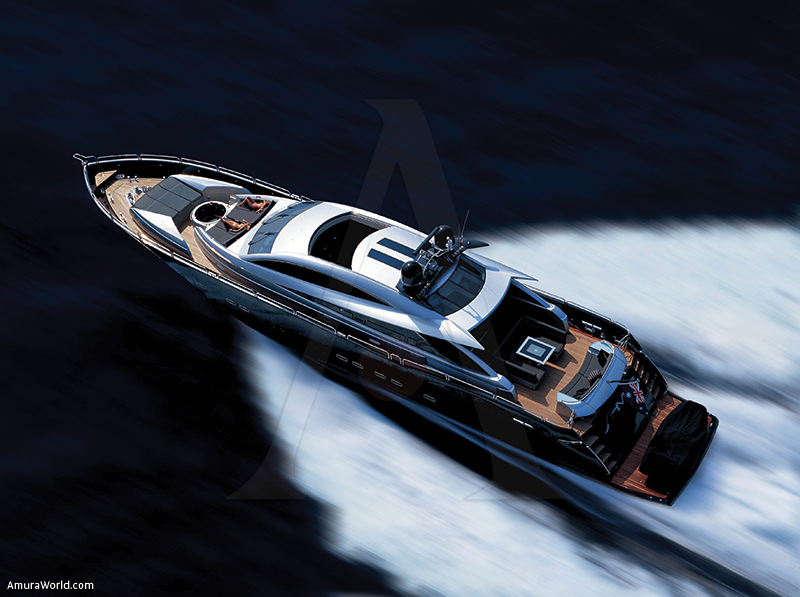 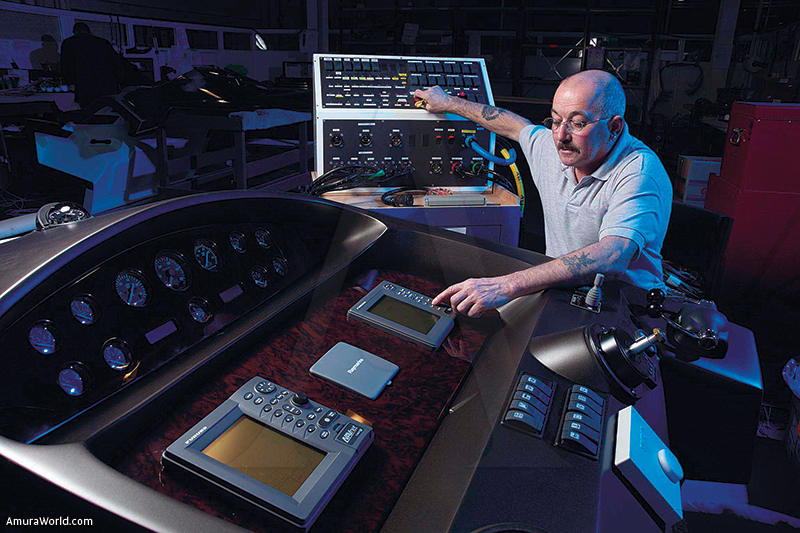 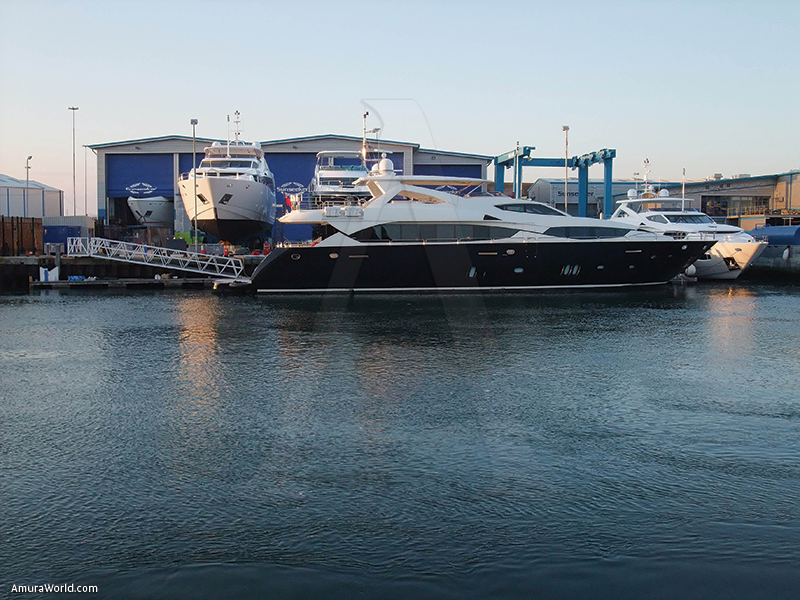 The new technology centre also saw new manufacturing capabilities, which not only further improved the build-quality, but also reduced waste and costs. Developments included a cutting-edge lacquering facility which enabled the team to achieve truly market-leading finishes on interior woodwork.

Alongside other state-of-the-art manufacturers around the world Sunseeker embraced Computer Aided Design and Computer Aided Manufacturing. The new processes allowed the team to create the most stunning designs, which performed above and beyond everyone’s expectations. The new systems not only transformed the capabilities in so many ways, but not least was the ability to run a Just In Time manufacturing process. Complete helm control consoles could be assembled and tested, wiring looms and ship systems could be fully developed; the interior furniture and finishings could be machined, assembled, upholstered, checked and fitted in one location. The transformation was truly amazing.

Sunseeker customers demand only the very highest standards so the business continued to respond. Unlike smaller boats the Sunseeker range needed to be equally at home on the open sea for days on end as moored in a marina. This meant the demands on the yacht would be constant and critical at all times. To embrace and comply with the requirements of modern shipbuilding Sunseeker designed and created new shipyards. These impressive new facilities in Poole could cope with moving even the biggest hulls from shed to shed, using computer controlled systems and processes.

As the capabilities of the Sunseeker facility has grown, so has the team responsible for building these magnificent motoryachts. Senior shipyard staff are now drawn from ship operation as well as traditional boat construction. Experienced mariners and engineers from the merchant marine, Royal Navy and the private yacht community now sit at the heart of the team.

As Sunseeker has developed new models, pioneered new technologies its reputation has grown exponentially. From countless design awards to James Bond films the name Sunseeker is synonymous with performance and luxury. Behind each new motoryacht and each new range the Sunseeker team invested heavily in process, design, manufacturing and development to ensure the finished vessel always exceeds expectations. It is this commitment to continual evolution which ensures Sunseeker remains the number one choice in luxury motoryachts in the world today.

As the 21st Century drives forward, so does Sunseeker! New models are being launched every year and innovation remains at the heart of each and every one. 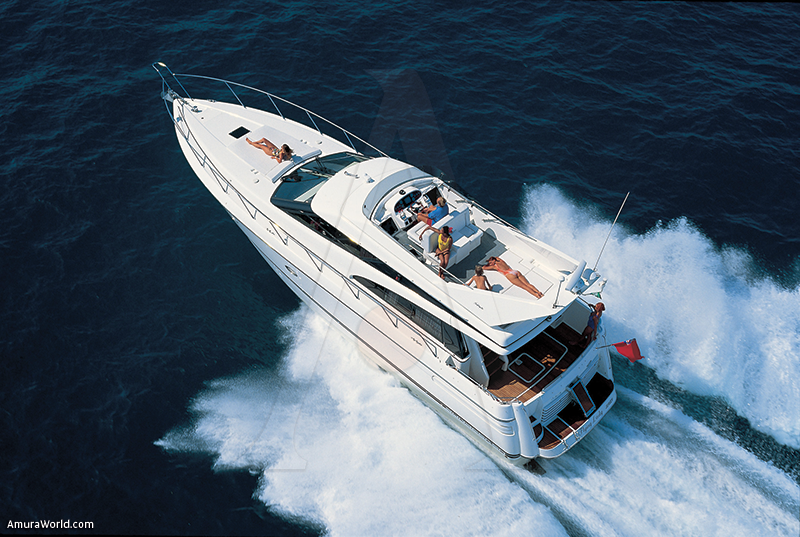