Great Marlim and Tuna Party on the Riviera Nayarit

In perfect weather with the blue sky lit by a very generous sun, the 34 boats enrolled in the Riviera Nayarit International Marlin and Tuna Fishing Tournament (the heir of the 52-year old Vallarta Fishing Tournament) sailed from July 13 to 15 in the peaceful waters of the Bahía de Banderas in search of marlin and tuna, which, against all forecasts, broke all fishing records for weights of marlin landed. Without a doubt, it was a total success.

Surprises were the order of hte second day when fisherman Mario Becerra landed a 293.8 kg marlin, breaking the record set here five years ago when the scale registered a specimen  of hte same type weighing in a 210 kilograms. Mario, after battling for five hours with the fish felt sure of taking first place, even though, he fell short by just 6.2 kilos of the Extra Fish in One prize of another ten thousand dollars. However, an even though everyone was certain that he would be the winner, on the Sunday, there was another blow of surprise that left everybody open mouthed in amazement. 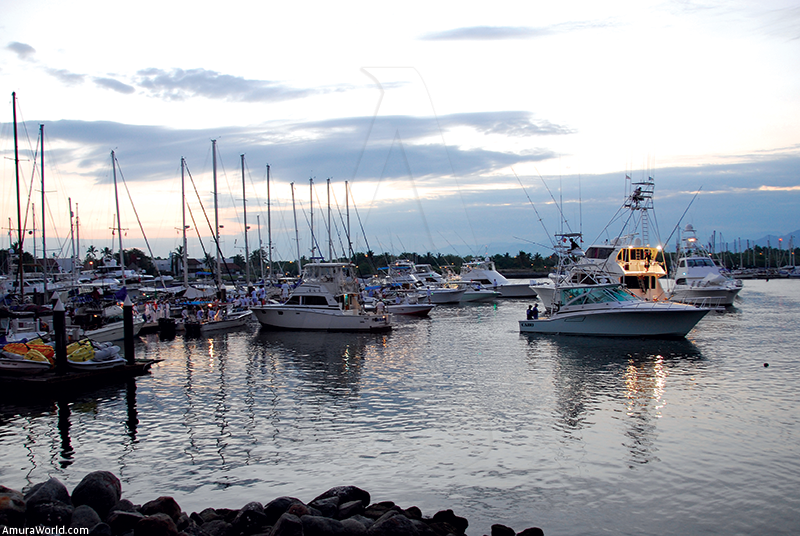 Not even the most visionary fortuneteller could have predicted that Alejandro Herrera, better known as the Doctor would not only have more strength and patience to get the better of a marlin and weighed in at an incredible figure of 322.300 kilos and 137 centimeters in length, but that he could have done so in just 2 hours of intense struggle. Evidently, this happy fisherman, resides taking the coveted Fish In One prize, became the absolute winner of a tournament in which bright stars stone, such as Carlos Santana’s keyboard player, who aboard the boat ‘Marla’ of the  Vallarta Yachts Team was at the point of landing a fish when with the few meters to go, the line broke.

The best area, where the best specimens were caught, was close to the Islas Marietas, at places known as La Corbeteña and El Banco (where Herrera and Becerra landed their prey). So, it was here that not only the 120 fishermen congregated, but also the other boats that enjoyed a competition that promised to be one of the best in the country, thanks to the excellent organization by the Bahia de Banderas Fishing Club, with its more than five decades organizing sporting events such as this.

Congratulations to the Government of the State of Nayarit, which had stepped up to help in the organization a tournament of this size the promotes the wonders of the Riviera Nayarit not only to the country but to the rest of the globe; a place that every day positions itself more and more as one of the best tourist and sporting destinations in Mexico and the world. 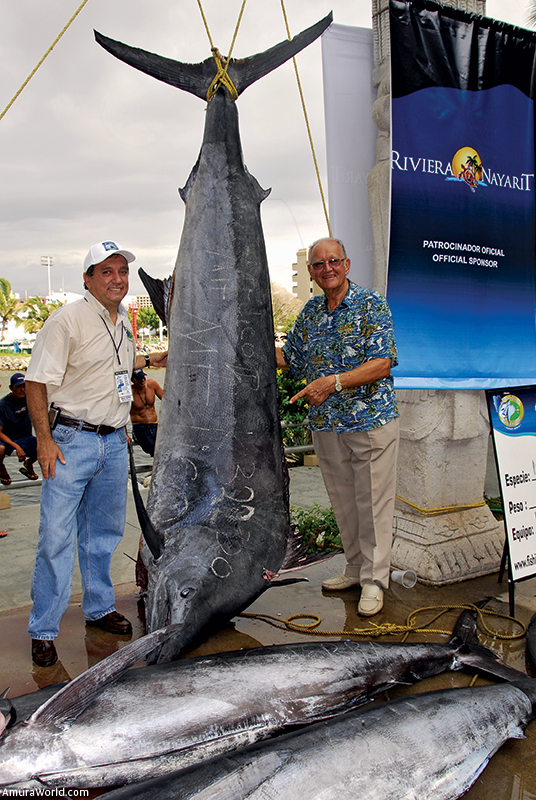