The AMURA Team qualifies for the world championship!

This year, various qualifying events have taken place to determine which Mexican yachts will represent our country in the next world J24 Class Championship to be held in Puerto Vallarta, Jalisco in March 2007.

The National Team consists of 18 boats including the AMURA Team, which stood out in the two eliminating series held in Puerto Vallarta.

On November 3, 4 and 5, as well as December 1, 2 and 3, sailors from throughout Mexico gathered in the waters of the Bahía de Banderas to compete for the privilege of representing our country in the world championship.  For the first time in history of the J24 class, a fleet of 39 boats and more than 200 yachtsmen assembled in Puerto Vallarta. The competition was very close with a high level of competitiveness.  15 regattas were completed in changeable weather conditions in which the winds varied from 4 to 17 knots, oscillating up to 40° and with strong currents, elements that put the skills of the yachtsman to the test. 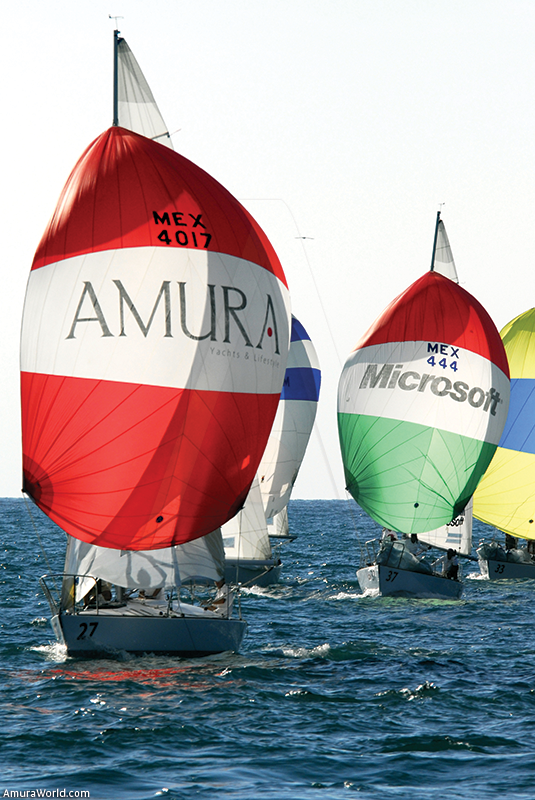 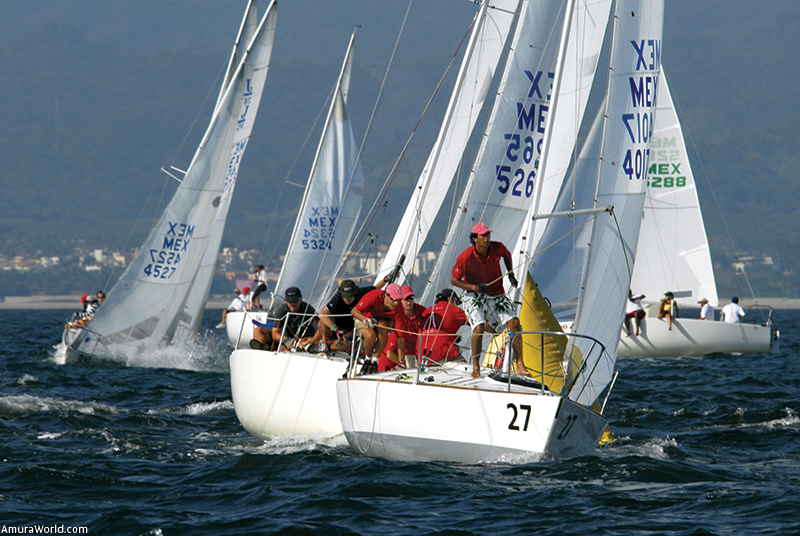 All the team members have given their best to get where they are, and as we have commented previously, the AMURA Team, one of the youngest, is today one of the strongest at national level. 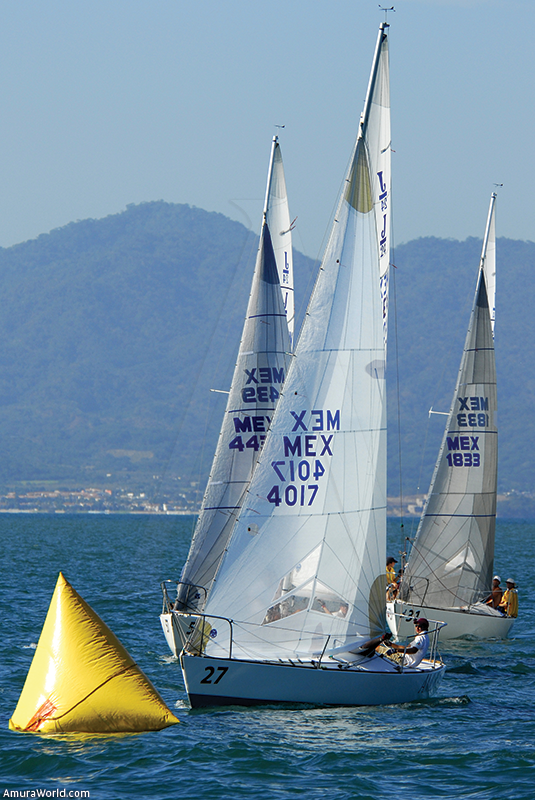