The Goddess of The Sails

IIts name, that of a goddess associated with wisdom, strategy and war, is what most sings the praises of this sailboat. And although, in this particular case, war is not in the picture, strategy and wisdom could be considered features of this vessel. It is impressive from any angle; next to it any other private yacht looks like a toy. Its ninety-meter (295-foot) length make it a giant among giants, and just the statistics are impressive.

You can sense the acumen of the designers, naval architects and specialists in interiors, both outside and in. It is a project that took four years of dedication and teamwork, where there was room only for the most renowned special- ists in each area. Absolutely everything about this sailing yacht is impressive. It has 4 tenders, 2 of which were built specifically for the Athena; its three enormous masts together with the auxiliary sails (jibs, mizzens, etc.) provide a sail area of approximately 2500 m2 (26,910 sq ft), with a force capable of taking this colossus to speeds of almost 19 knots. The exterior could be no less beautiful and has a nostalgic air about it that evokes of the golden age of navigation, when speed was what saved boats from pirates. 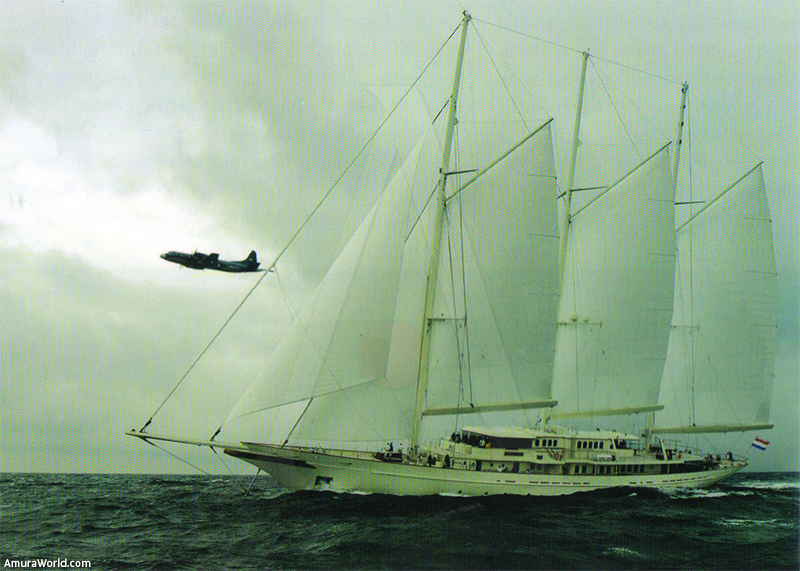 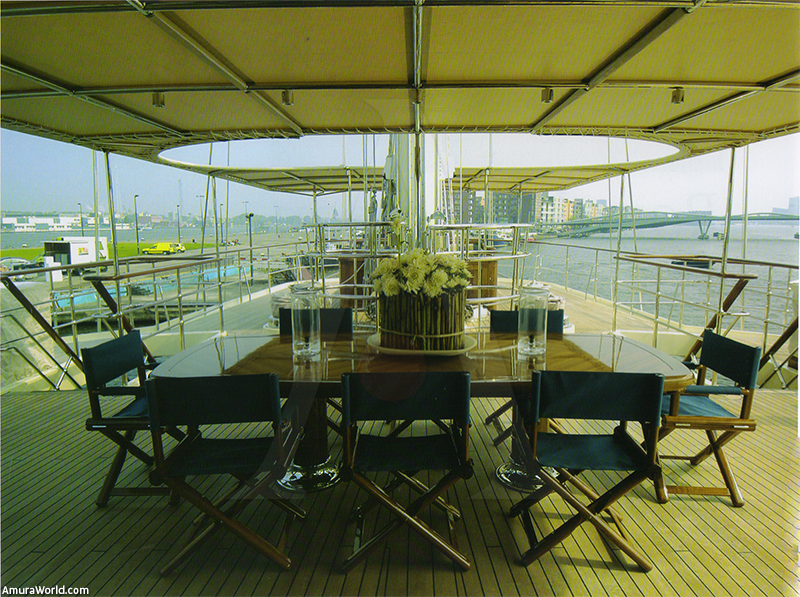 Thanks to the generous dimensions of this yacht, on the exterior of the main deck we find, for example, four extremely ample saloons and a dining room that make you feel right at home.

One thing about this boat is that is has more than enough space. The interior, in addition to being incredibly beautiful, features spectacular decor. Everything, from the textiles to the wood paneling, complement each other for a feeling of total harmony and comfort. There is sufficient space for at least 10 people, in addition to the 8 cabins for the crew, which are distributed in the bow of the lower deck, from midships toward the bow, and have a kitchen and an independent sitting room and workroom.

As one would imagine, the master state-room is huge, occupying the entire bow of this giant. It has an enormous bathroom, large dressing room, living room (separate from the sleeping area), an office and all the marvels that technology can provide. The guests’ staterooms feature practically the same comforts, depending on the space available for each. The captain’s stateroom is located on the elevated command deck and is separate from the rest.

Just astern of this stateroom is a spacious sitting area. Over time, we have gotten to know what Royal Huisman is capable of offering. Athena has become this shipyard's insignia boat thanks to its scale, features and performance as well as the functionality with which it was built. 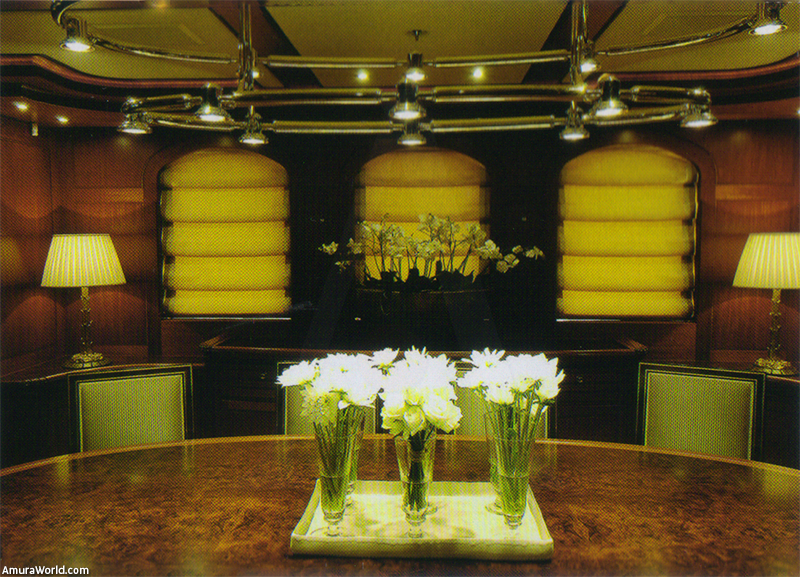 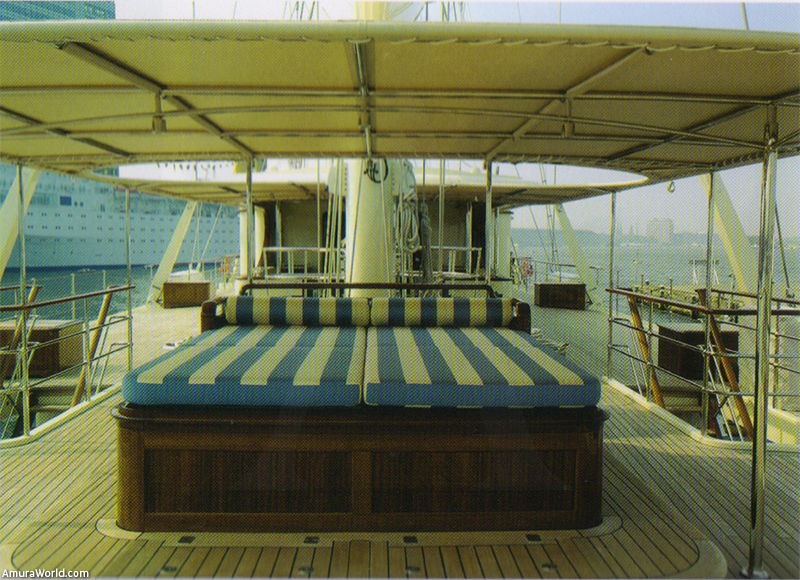 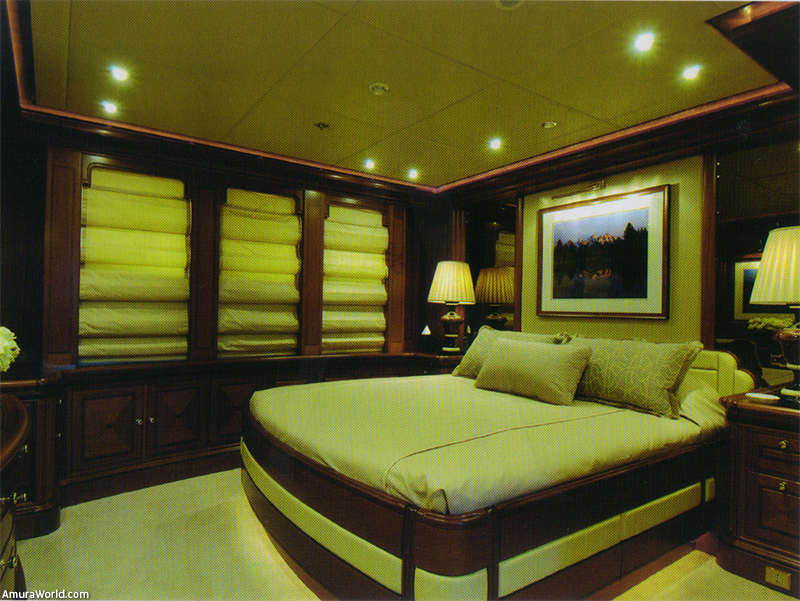 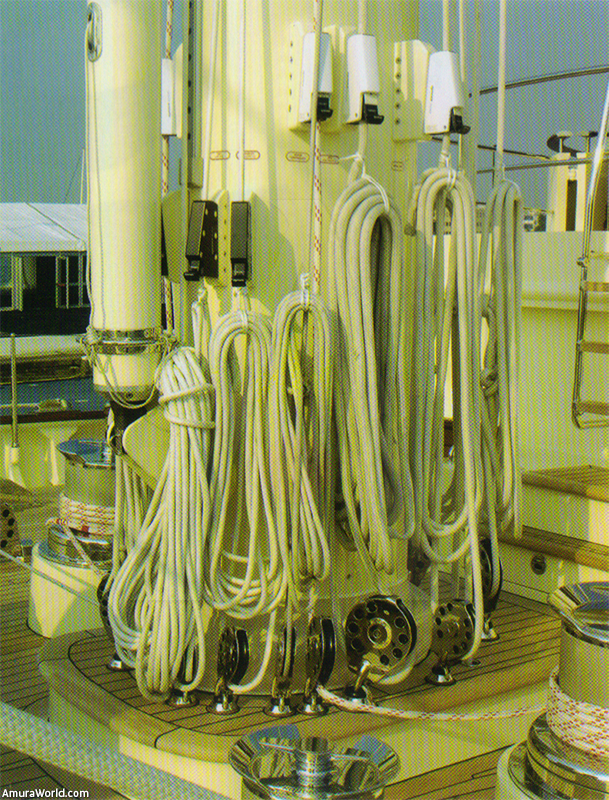