Ancestry in the Veins

Undoubtedly, the Athena is a true Riva and its Italian origin is revealed at first sight. The biggest model that is built by the Riva shipyard and this is done in La Spezia and not in  Sarnico Lake, where it was established in 1842. Its forms are soft yet determined and, even though it is large (which is actually a positive thing), the design team achieved a great deal both in the interior and exterior.

The smart exterior is designed with good taste and its elegant, straight lines with subtle curves avoid abrupt changes it its profile. They also provide additional wind resistance and help take full advantage of the two engines that together provide 5550 HP, which, as a curious fact, is more power than that generated by ten Superamerica Ferraris. 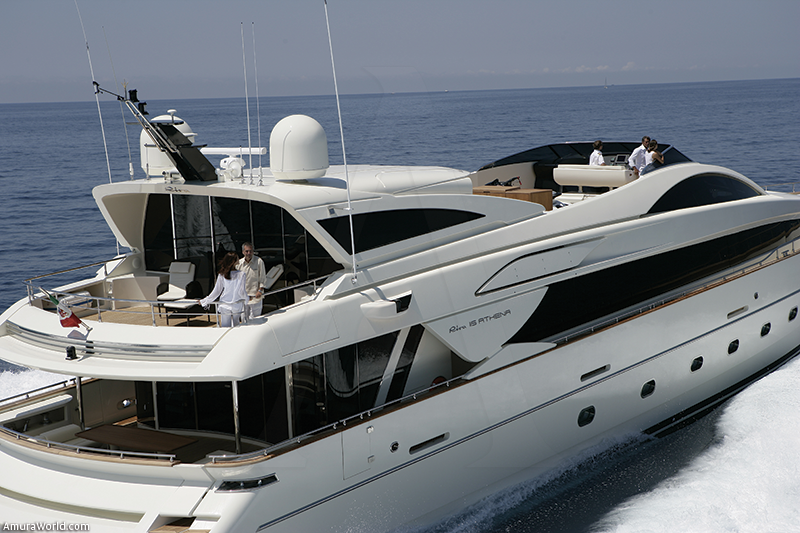 Its dark windows contrast with the ivory colored hull and make the boat a perfect simile of Athena, the Roman goddess for which the ship is named. This goddess of contrasts —like this gorgeous yacht— inspired many to do heroic deeds such as building the Parthenon and now the Riva Athena 115.

Inside, Riva’s spirit is patent in the great care evident in the details and finishes and, over all, in the search for a balance between design, beauty, practicality and elegance, something not at all easy to do. 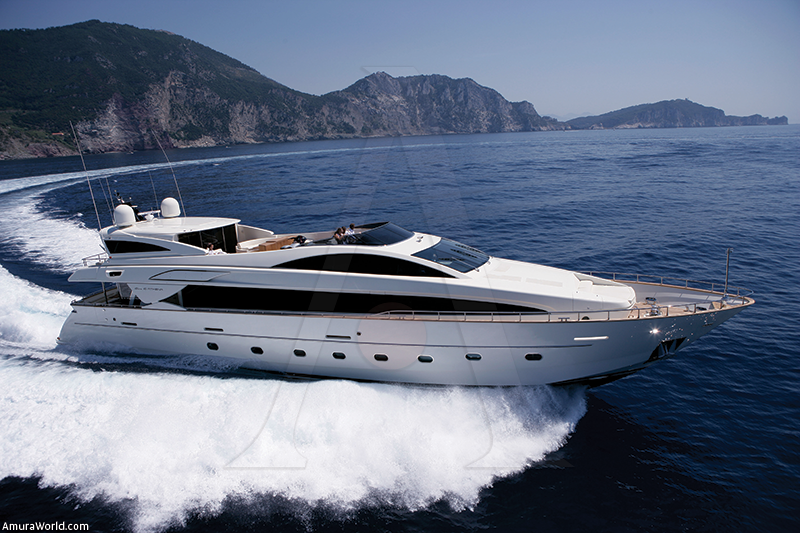 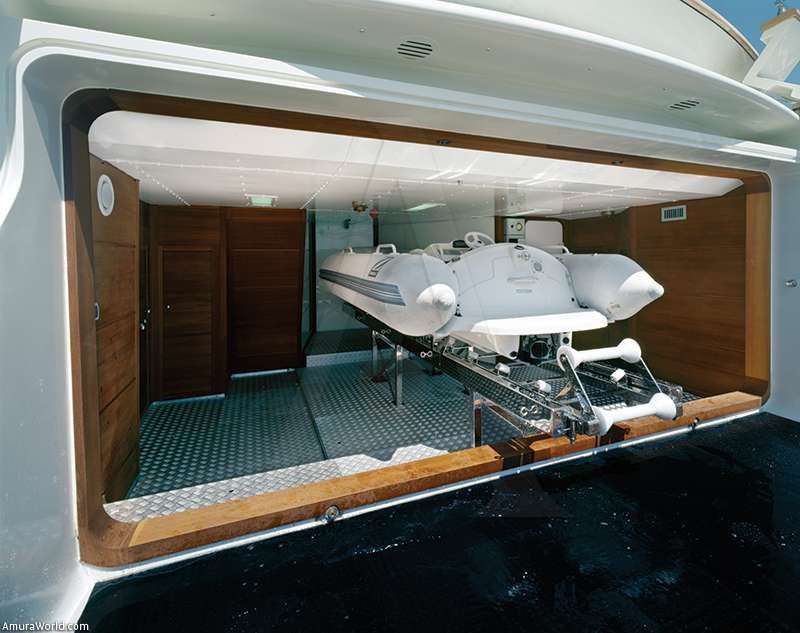 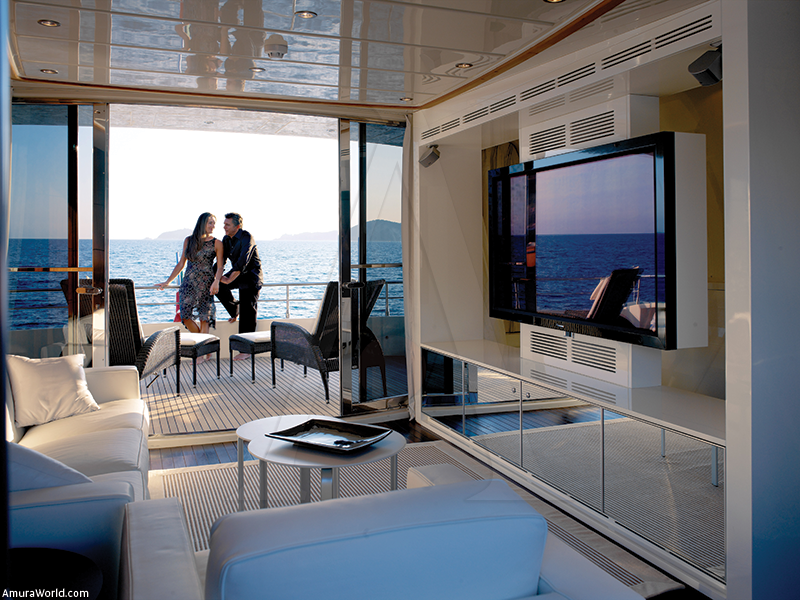 In the cabins the contrasts are striking: dark woods with clear-toned panels, leather on the bases of the beds and some cabinets and impressive, elegant, practical, minimalist bathrooms with angular components (sinks, taps, etc.)

The owner’s stateroom features an impressive plasma screen TV in front off the bed and, behind it, a bathroom, with fine décor, amenities and a bathtub, which is the ideal place to enjoy the water while floating in the sea.

The lower deck has two distribution options: one with four cabins and another with three which is the result of the fusion of two of the cabins of the first option, creating an enormous VIP cabin whose size makes any other luxury room small by comparison. 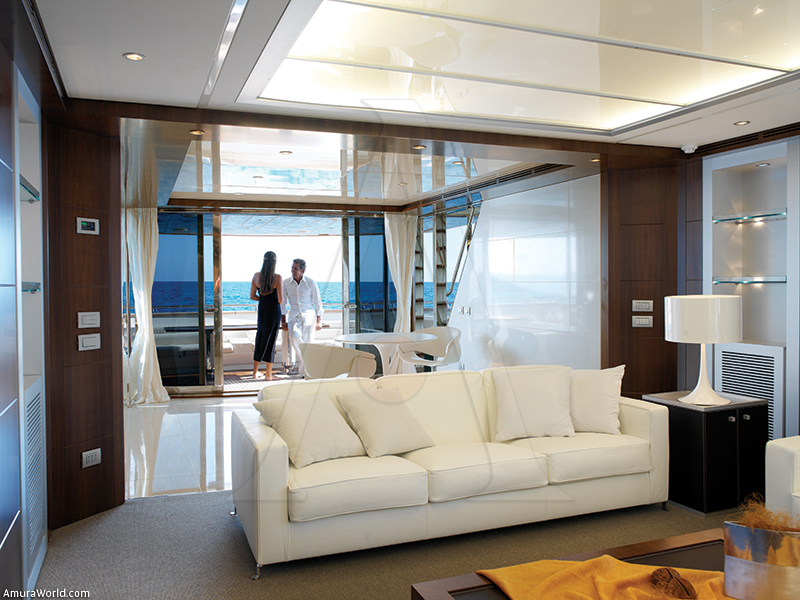 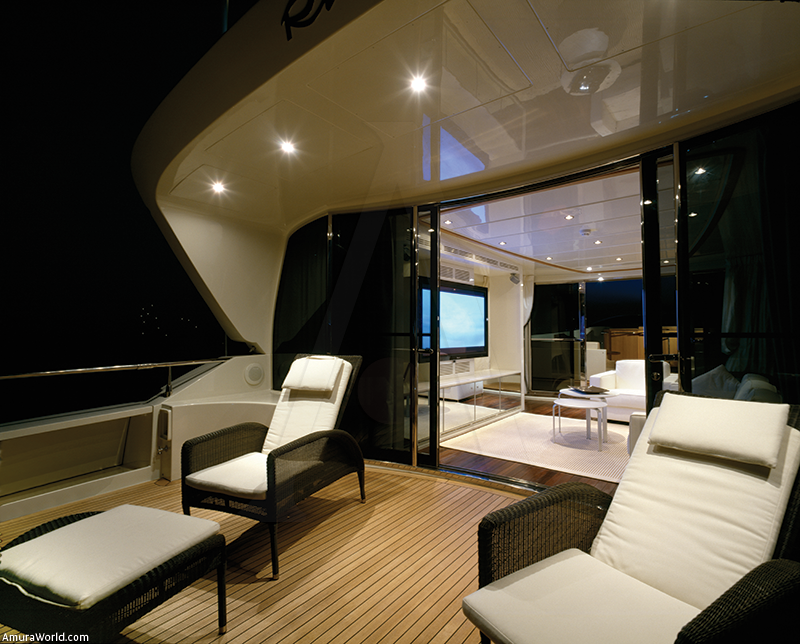 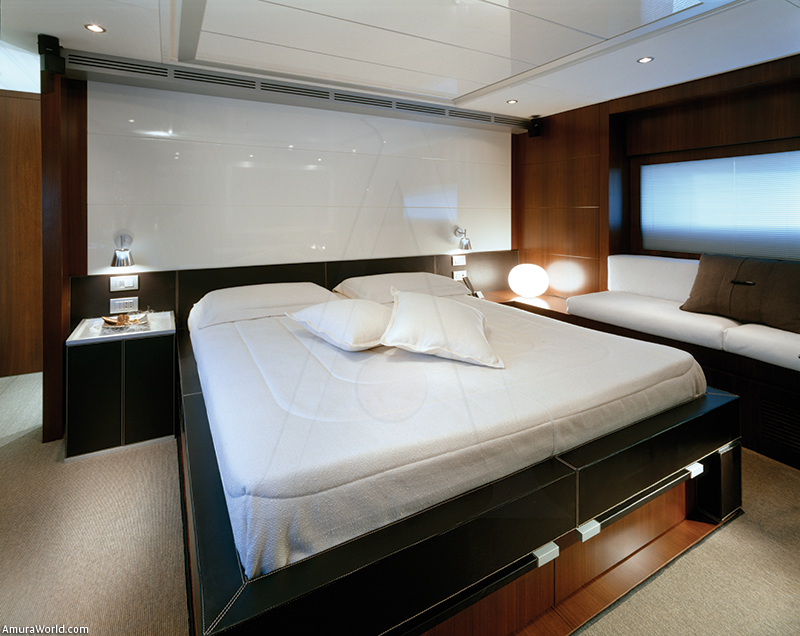 All the staterooms, in any of its versions, have the latest in entertainment options and were designed to be true places of relaxation. The crew’s quarters, as well as the common area, are no exception to this and are very comfortable. The boat has three rooms for the crew: one for the captain and two with single beds and private bathroom.

The owner’s stateroom is located on the upper deck as well as the command center and the practical galley, which is a true work of art. Towards the stern is the dining room, with space for ten people, and some sliding doors that lead to the living area, which, like the rest of the ship, was designed for the enjoyment of a unique experience.

The control bridge is located on the upper deck as well as both an additional exterior and interior living area. The interior one features the best panoramic views, both to port and starboard but especially towards the stern. 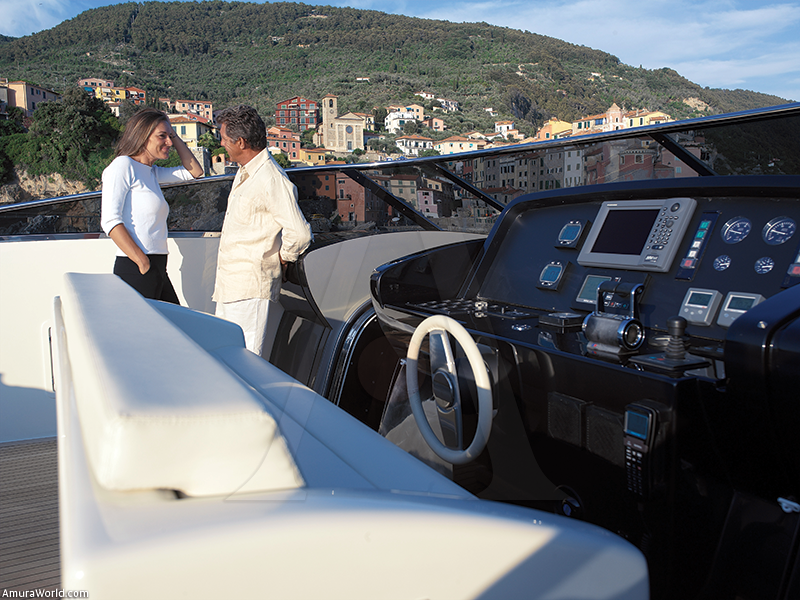