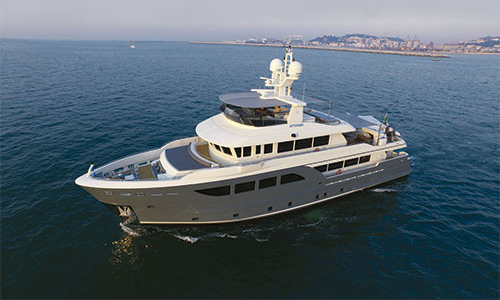 The seventh yacht of the successful  Darwin Class de Cantiere delle Marche(CdM) is here!  An Italian shipyard who’s partner in Mexico is Zarpo Yachts and it’s as spectacular as promised. We are talking about the Darwin Class 107, appropriately named Storm, build of aluminum and steel, with 107 feet of lenght and weighting 300 tons, this mesmerizing ship possess that longitud, making it the largest vessel the firm has ever built. It was recently awarded with the Boat Of The Year Award 2015 in the Superyacht category.

It meets the expectations set forth by the firm, expectations that have made the Darwin Class famous worldwide. As for style, it has received similar upgrades given to older vessels, such as increasingly balanced longitudinal profile to give it a contemporary look and a larger surface area for windows.

This gives the impression that they are closer to the sea.

Concerning technical aspects, the 107 took advantage in the retrofitting of previous vessels to improve the navigational experience. “The owner of this pristine exploration vessel was the first person to contact us in 2010, and, after three years of research with his advisors, part of the best manufactures, he decided to purchase the Darwin Class 107 in 2013.”Vasco Buonpensiere, marketing and sales manager at CdM, added: “He chose Cantiere delle Marche after being the proprietor of a yacht built by one of the most elite shipyards in northern Europe, and, as a consequence, was accustomed to a very high level of shipbuilding. There is no doubt that Storms’ baptism is a benchmark moment for all of us who work here, as well as for the owner.” 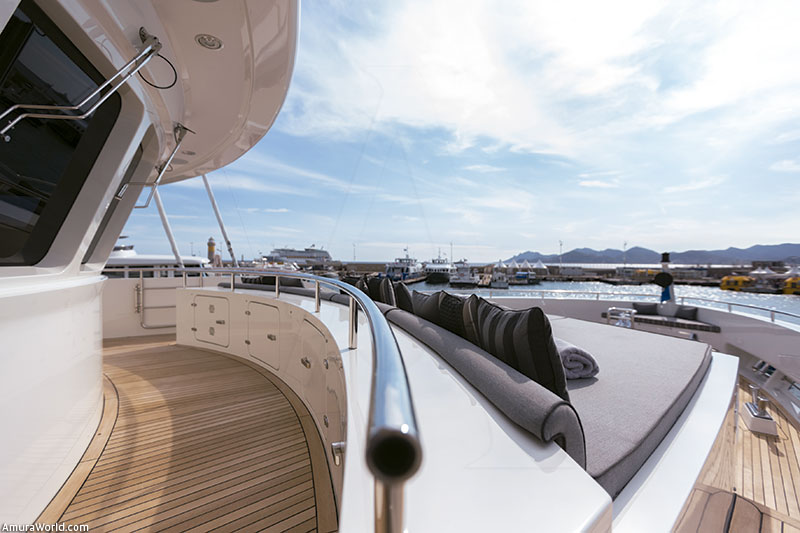 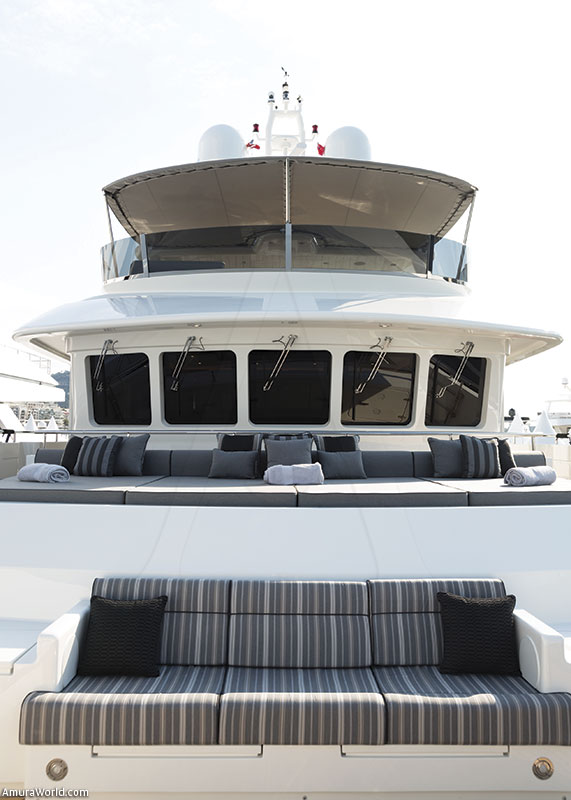 Since we are speaking of a veteran owner, who planned on spending approximately 120 days on board the Storm, a great deal of custom work had to be done. It has a total of five cabins, decorated in the same fashion. The crew area follows the same VIP guidelines. Interior design was spearheaded by PFA Design, who chose a refined combination: pine wood, and walls furnished panels upholstered with leathers and textiles. The results are splendid; a vessel with a naval theme, balanced colors, textiles, and the highest quality materials, all guaranteed by Italian interior designers. Without a doubt, the owner can picture himself living aboard for a considerable time.

The main deck features one of many advantages of the 7.70 meters wide Storm: an ample living room that is linked to a dining room and a kitchen. Once more, it’s size dazzles and reminds of larger ships, at least 45-48 meters long. Light and space impose themselves in the living room areas. This was achieved by installing large windows fitted with drapes. We continue from there to the upper deck, where a space has been built to be used primarily as a living room area. It has been fitted with an L-shaped sofa and handmade chairs. At the bow, we see a handmade helm and a curved panel that follows the lines of the windows, with three comfortable seats for the crew. Furthermore, it is also fitted with another sofa that allows the owner to enjoy the views oceans view. Another appealing detail are the stairs that lead into the main deck.

Every inch of storm draws attention, it is not only functional but aesthetically pleasing. “In the kitchen, you will see a working space so large as that found on a 50m ship, largely functional thanks to the chefs, but also agreeable and homely as required by the owner’s wife. Another particular attention to details is the presence of a closet for cleaning utensils, and an ample space for kitchenware.” said Buonpensiere.

Ennio Cecchinni, CEO of Cantiere delle Marche, said he is proud to “Have built this yacht, which was exciting in every asect: The synergy of the owner and the crew, the objectives shared between them and the entire team at CdM, and the strength that propelled us to create something with a shared passion, an exploration vessel, detailed in its construction, a truly special ship. There existed a perfect mastery and balance between our operation areas and the owner. We are thrilled to present this ship in detail, so that every corner of the Storm surprises its owner in terms of quality and engineering.” 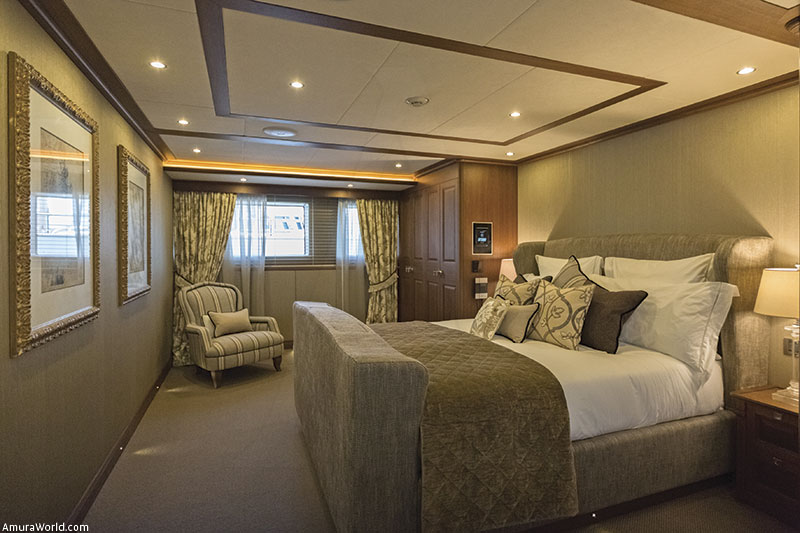 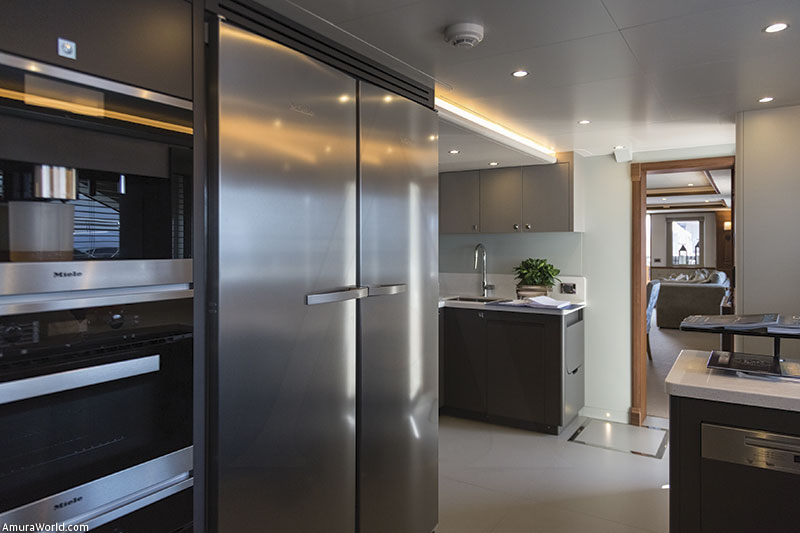 This new release—the first to surpass the 100ft mark—was displayed for the first time at the Cannes Boat Show. Zapo Yacht’s cofounders confirmed that the boat saw a successful unveiling, receiving a standing ovation from both the public and captains. It was the rage during the event, where many of the guests constantly remarked on positive effect it had on them. This confirms the strength of the shipbuilders from Ancona, who are now developing two Darwin Class 102 along with the Storm, a Nauta Air 108, and a Nauta Air 111.It is possible to contact Cantiere delle Marche in Mexico through Zarpo Yachts. 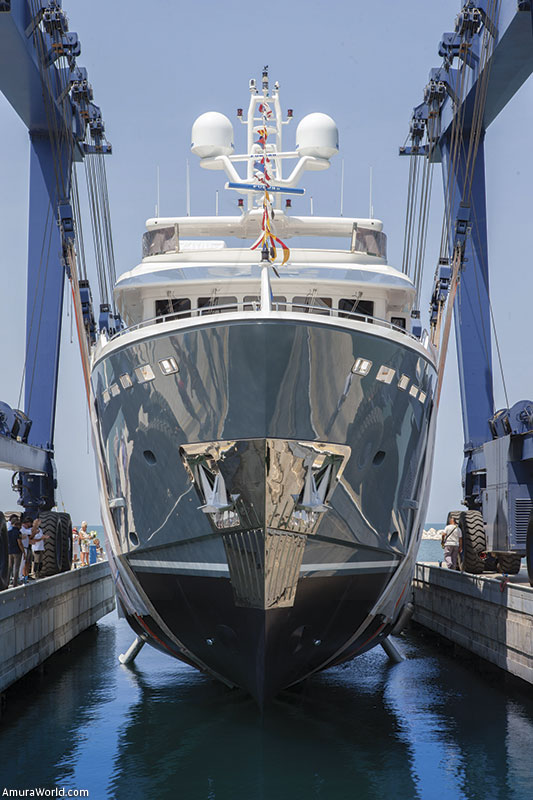 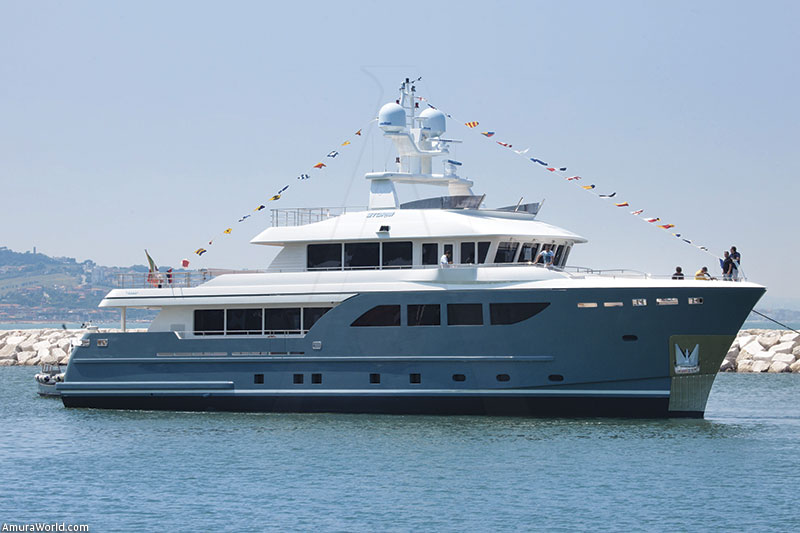