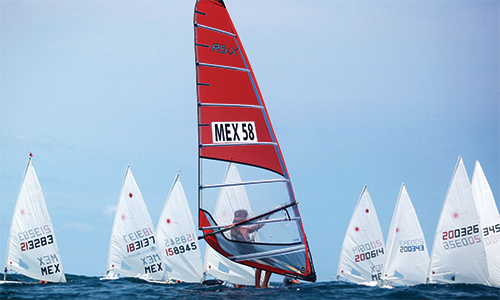 Up to this day, sailing in Mexico has achieved to decentralize, reaching at least 14 Estates of the country. During the last 10 years, a growth of 500% has been accomplished, resulting in the dedicated work of the Mexican Sailing Federation  (FMV) year after year.

Under the administration of Eng. Giovanni Aloi Timeus, President of the FMV, The Sailing Mexican Circuit  (CMV) has been created, a series of six regattas held in 5 different places of the Mexican Republic: Valle de Bravo, Vallarta, Acapulco, Veracruz and Quintana Roo. The CMV unites an average of 350 sailors in each event - in it’s majority nationals-, however, during 2015m the participation of countries like Guatemala, Belize, Argentina, Colombia, the United States and Canada, have achieved a greater international exposition in this sport, as well as having to rise the level of competition within the circuit. 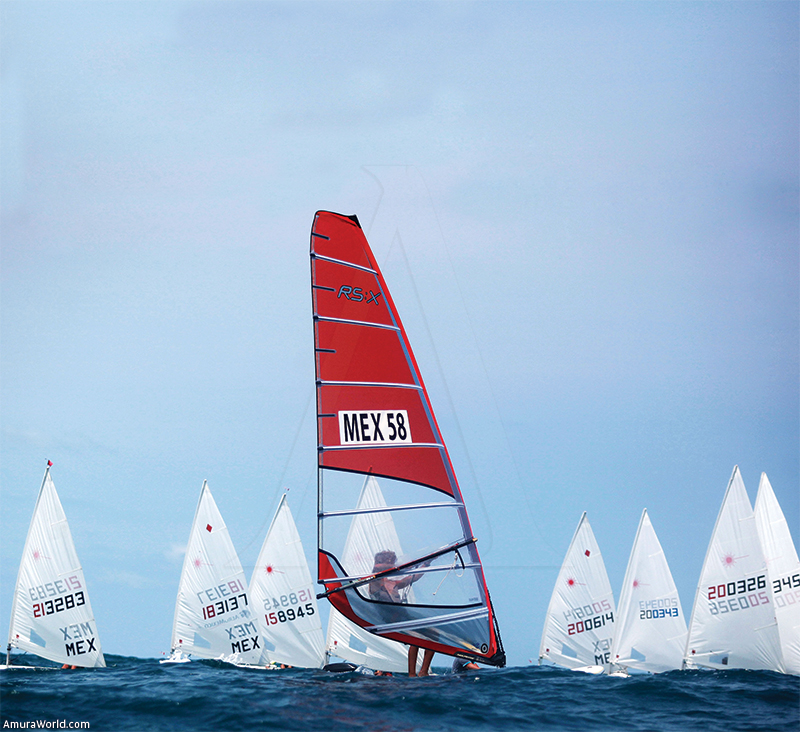 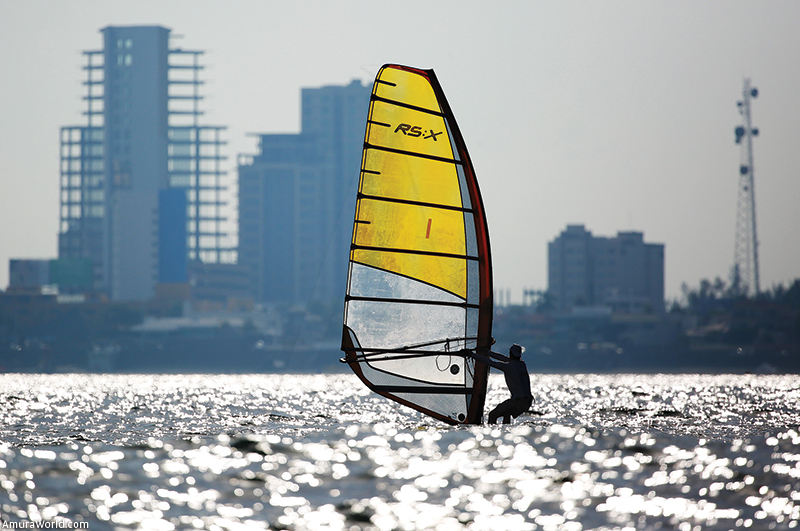 The beginning of the Mexican Sailing Circuit 2015 took place at the Valle de Bravo Nautical Club in the State of Mexico. With over 12 years of tradition, the Coporito Cup gathered nearly 200 sailors and five class participants of 9 Estates of the Mexican Republic.

Fernando Platas, former Olympic diver and current Director of the Sport Institute of the State of Mexico, has been a special guest for the overture of this event -the Mexican Sailing Circuit 2015-, fact that motivated the sailors to take advantage of this type of initiatives from behalf of their Federation: “without a doubt, the CVM of 2015, has been a very asserted incitative on behalf of the FMV, keep on preparing to be the best athletes every day.” said Fernando Platas.

The Circuit’s second stop was one of the best places to practice sailing: Vallarta. Wesmex is up ‘till now, the regatta with more sailors of the CMV. This event counts with 10 years of tradition, it began with only 43 participants during its first year and managed to break its record by gathering 300 sailors from all the Mexican Republic and foreign countries such as Guatemala, Colombia and the Virgin Islands.

Wesmex was one of the regattas with major importance of 2015, due to the fact that it had openings to the  laser radial class for the Panamerican Toronto Games which were held during the 10th through the 20th of July of the same year. The dispute lasted three days, it was between Elena Oetling of Jalisco and Natalia Montemayor from Nuevo León, who managed to consolidate the classification on the third day of the competition. 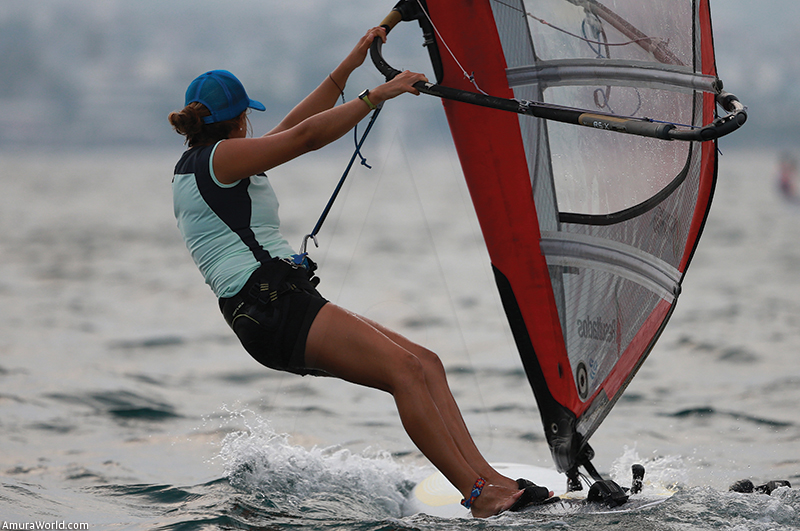 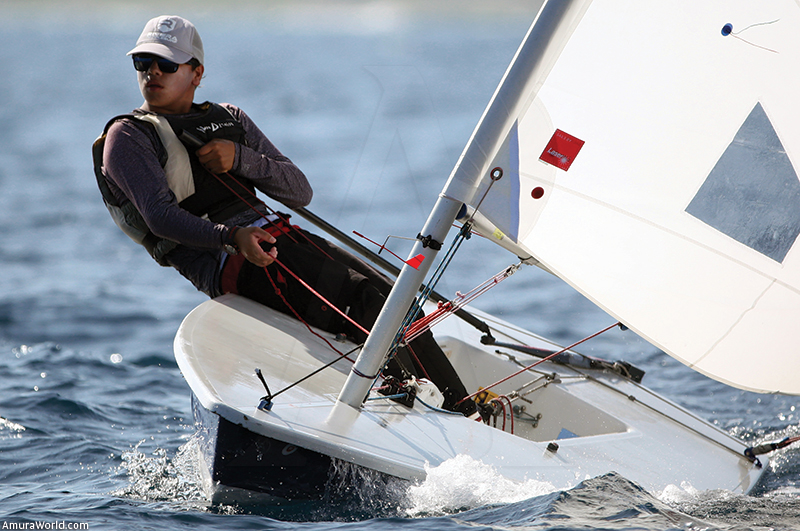 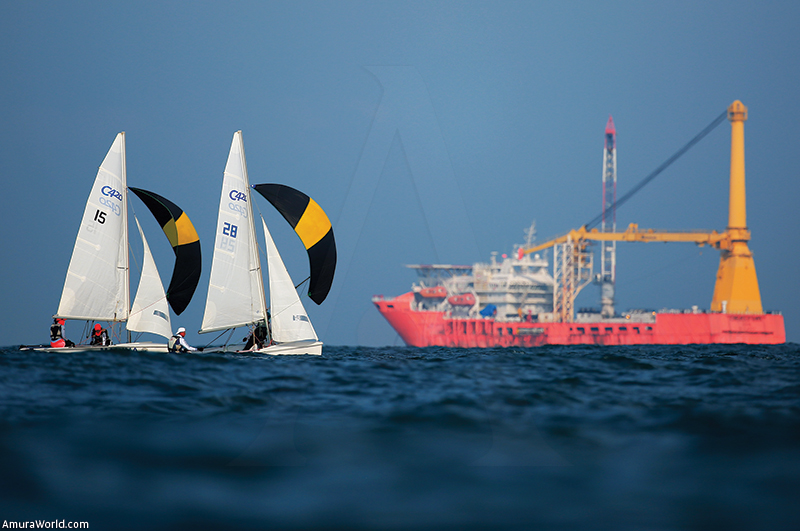 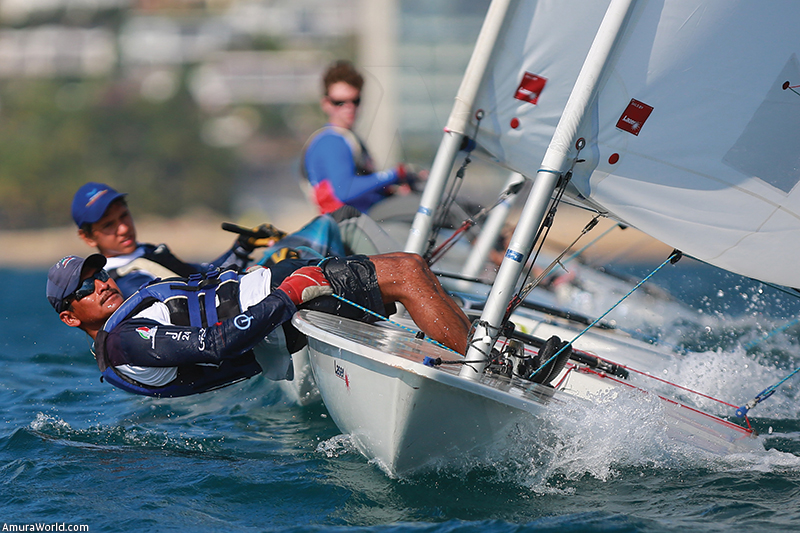 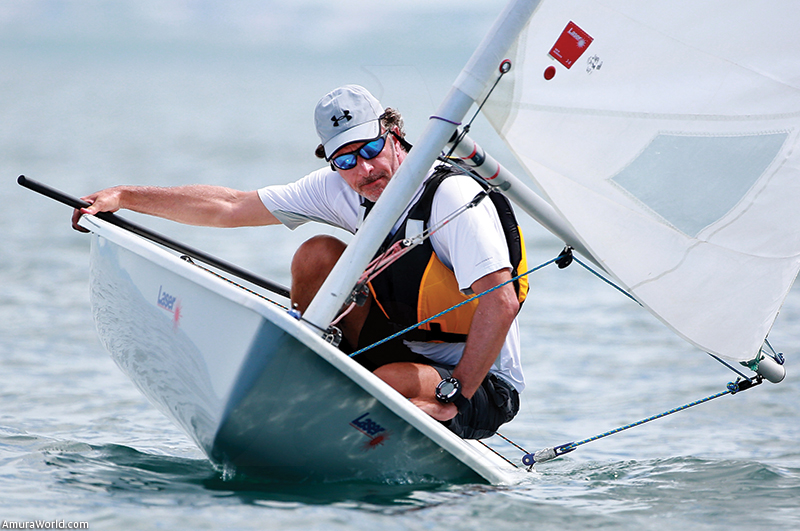 From Vallarta we venture into Acapulco, a place with great tradition in the practice of this sport: the Aarón Sáenz Cup in its XXth Anniversary participating for second consecutive year in the Mexican Sailing Circuit.

Founded by Aarón “El Chato” Saénz, the Aarón Sáenz Cup counted with 40 sailors in it’s first edition ad after two decades it has managed a 122% of growth with 40% of new athletes this year, accomplishing it’s target with the same objective as the man that started this dream. As part of it’s XXth anniversary, the “Hall of Fame” was inaugurated, here,  Ricardo Brockmann and Héctor Guzmán were acknowledged, they have been champions in at least three editions of the Cup.

Summer arrived and with it a recess of activities for the Mexican Sail Circuito, making room for the most important sailing international events, amongst them the World Championship of the J70 class.

Julián Fernández, captain of the ship “Flojito y Cooperando”, alongside Erick Brockmann, Bill Hardesty and Willem Van as crew, achieved to crown themselves as World Champions of this class. The boat, originary from the Nautical Club of Valle de Bravo in the State of Mexico, maintained the lead  of the Championship since the first tests of the championship, which makes clear the outstanding level in which Mexico is currently in this sport.

It was a fleet of 78 ships of 15 countries who disputed the crown for three days of competition with clear skies and constant winds, this allowed the entire demonstration of solidness and experience of the whole crew. “It was a very hard Championship because of the high level of competion in each vessel, however, the work plan created by Erick Brockmann, alongside Bill Hardesty and Willem Van, was key to take advantage over the world champion Carlo Alberini of Italia and achieve first place.”  Julián Fernández commented.

After 4 months, activities began, the CMV has its fourth stop in Boca del Río, Veracruz with the Mabarak Cup, this regatta started with the sole participation of local sailors during its first year; today, it counts with the presence of at least 7 Estates, it also positions itself in one of the best fields when it comes to sailing conditions, being also the headquarter of the Central American and Caribbean Games of 2014.

The grand closure of the circuit takes place with the Governor’s Cup, an event divided into two stages, each with a different headquarter: Puerto Aventuras and Cancún, these places possess spectacular landscapes that are enjoyed during the regattas.

The first stage of the Governor’s Cup takes place in Puerto Aventuras, inaugurated by Martín Cobos Villalobos, President of CONJUDEQ and other government authorities of the Quintana Roo Estate.

Alfredo Castillo, Director of the CONADE, supported the Mexican Sailing Federation to manage the logistic of the athlete’s vessels, allowing to generate major decorum to the Championship.

As a guest country, Belize was invited, the representatives arrived with approximately 10 ships.

The first edition of the J70 gathered a fleet of 16 ships, important number for the championship, considering that the class has only 3 years in it’s international edition. Julián Fernández, current World Champion of this class assisted.

Within the National Windsurf Championship, Demita Vega assisted, she is the first athlete in qualifying representing Mexico for Río 2016 in this sport; for eight occasion she positioned herself as National Champion. As a guest country to the event, Canada was invited. 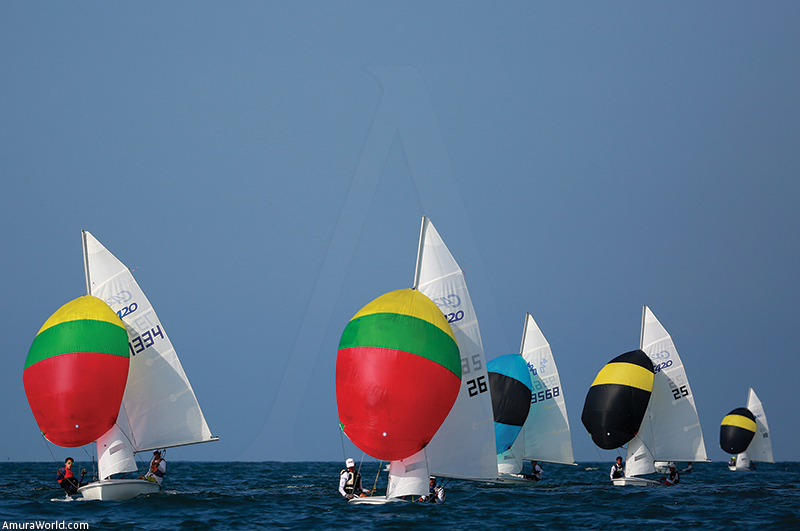 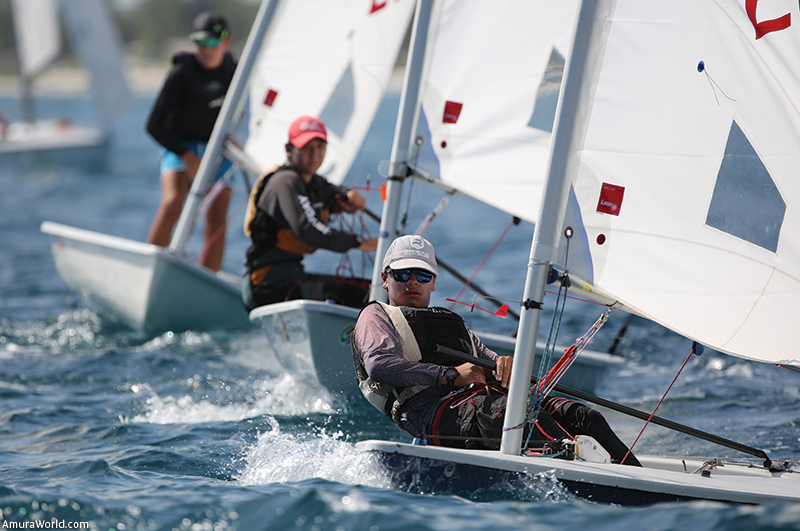 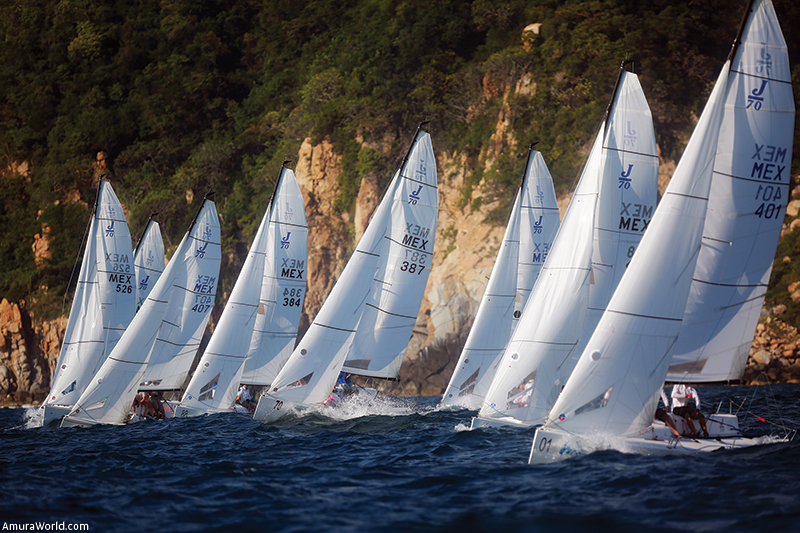 Thanks to the successful results that Sail has had during the last years, the Mexican Sailing Federation will receive the best international events in Mexican waters during the first semester of 2016.

FMV CUP is a macro international event composed of 5 regattas that are linked to three touristic points -from Vallarta to Nayarit-, convoking over 2,000 national and international sailors that will enjoy “the sailing paradise”, known for it’s tropical climate and constant ideal conditions for sailing.

Four months of touristic, economic and mediatic impact will happen during this event for Vallarta-Nayarit. The official inauguration of this event will be celebrated the 19th of February in the coast of San Diego, CA; here, 40 oceanic ships will sail to head to the beautiful port of Vallarta. By the 30th of May, the Laser World Championship will take place. This event will be the classificatory round for the Olympic Games in Río for most of the countries.

The arrival of the “PV Race” ships will be the official inauguration of the  FMV CUP 2016 event, with regattas of  international importance, counting with the participation of 78 countries from around the globe.

- PV RACE: The regatta toward paradise has 900 nautical miles of sailing, from the United States to Mexico.

- WESMEX:  A regatta of light ships with major growth on the short term within the Mexican Sail Circuit.

- MEXORC: A regatta of great tradition from the decade of the 70’s.

- BANDERAS BAY: 24 years of tradition with cruise ships that enjoy a fun regatta.

- J70: A class with fast international growth that is full of adventure, adrenaline and competitivity .

LASER WORLD’S: Events of high performance that calls upon the best sailors in the world.

Due to the reason that it’s a completely international event, Vallarta will have international and national exposition and promotion, helping the estate to be positioned a leader in the international sportive events agenda. The FMV CUP will allow sailors and spectators to live a touristic and vacational experience through this sport, generating emotional bonds that will convert them into ambassadors of the State. 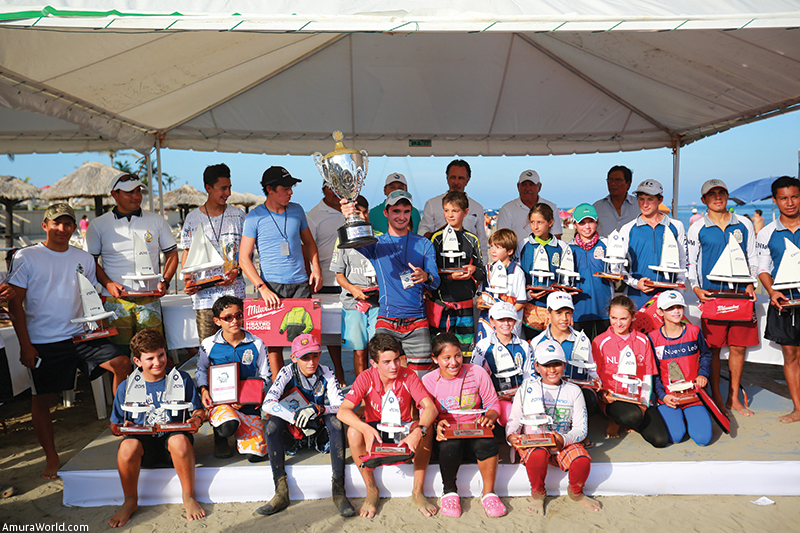 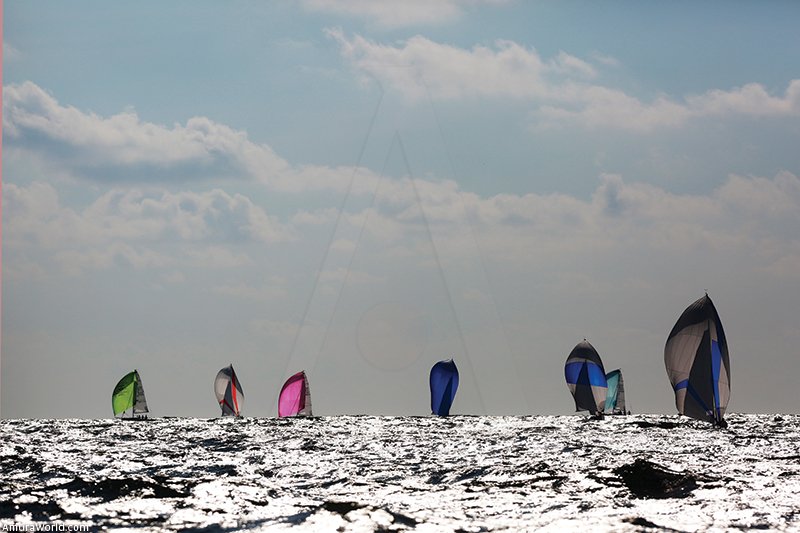