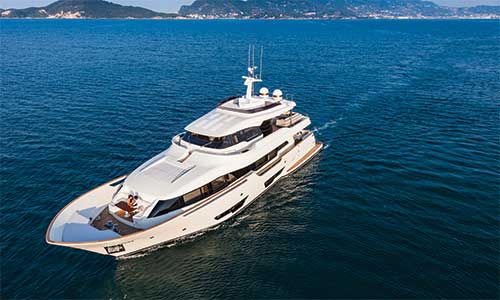 The Ferretti Group brand smashingly starts 2016, year of its 20th anniversary, by winning the first nautical award of the year.

Custom Line Navetta 28 triumphed in the “Custom Yacht” category, where the other seven finalists included some of the most important new crafts introduced by major international shipyards over the past several months.

It's an award of exceptional value, as borne out by the fact that each yacht is professionally tested by expert journalists from the British publisher before it can enter the “short list” of finalists and thus be eligible to win. 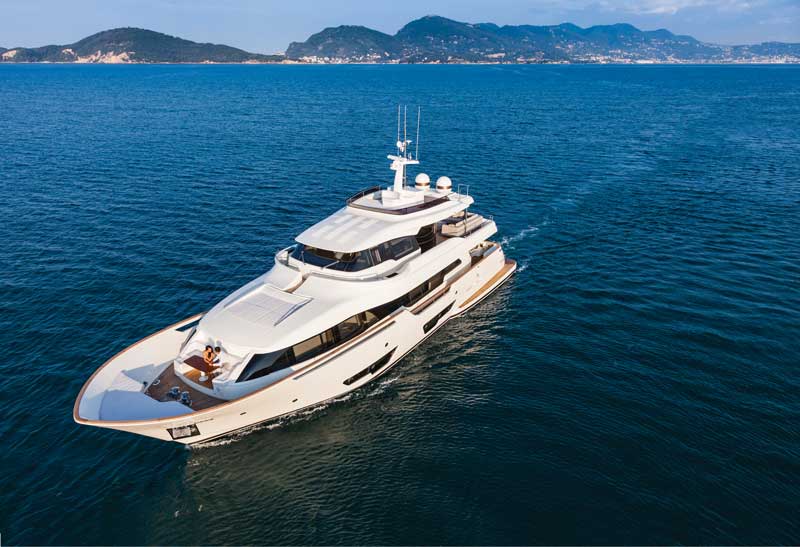 “We're really pleased to begin the year of Custom Line's 20th anniversary with this award that honours one of our most important yachts - said Stefano de Vivo, Ferretti Group Chief Commercial Officer.

This is true not only because the prize was given in Great Britain, home of many of our most important competitors and a country with a great nautical tradition and culture, but also because it is awarded by a jury of professionals who choose the winner after an exhaustive series of sea trials and after taking into account the technical, appearance and innovative features of each yacht. 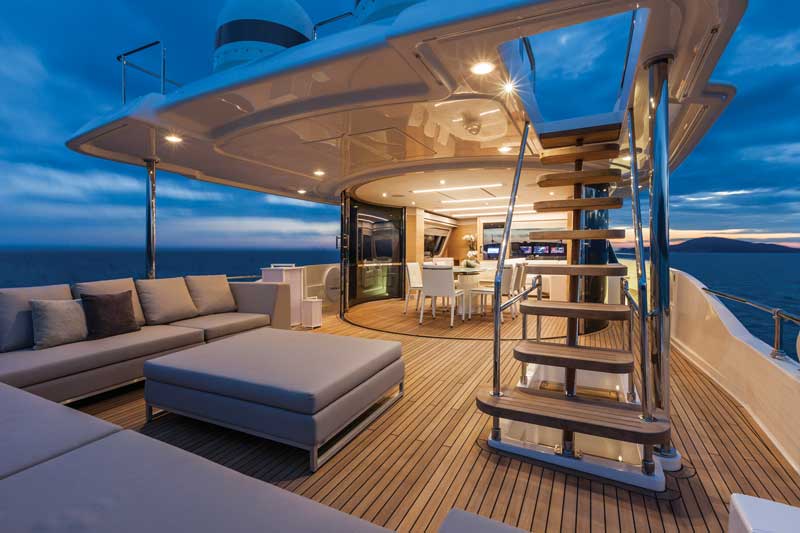 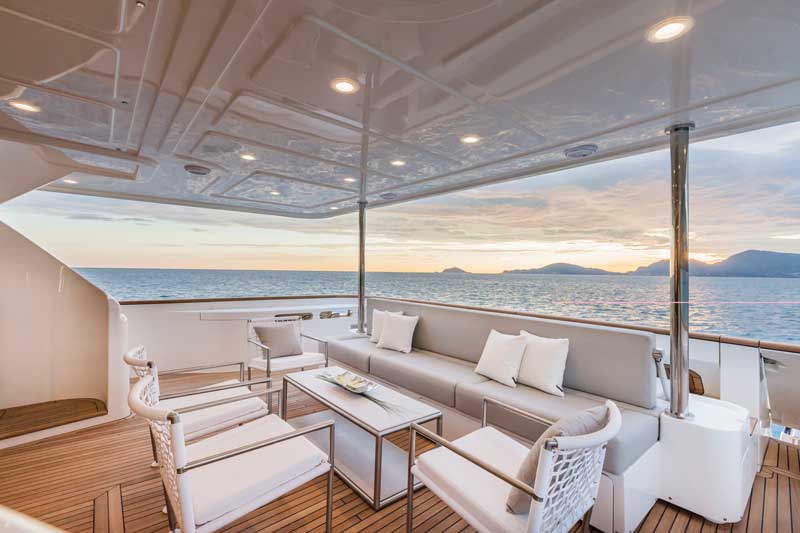 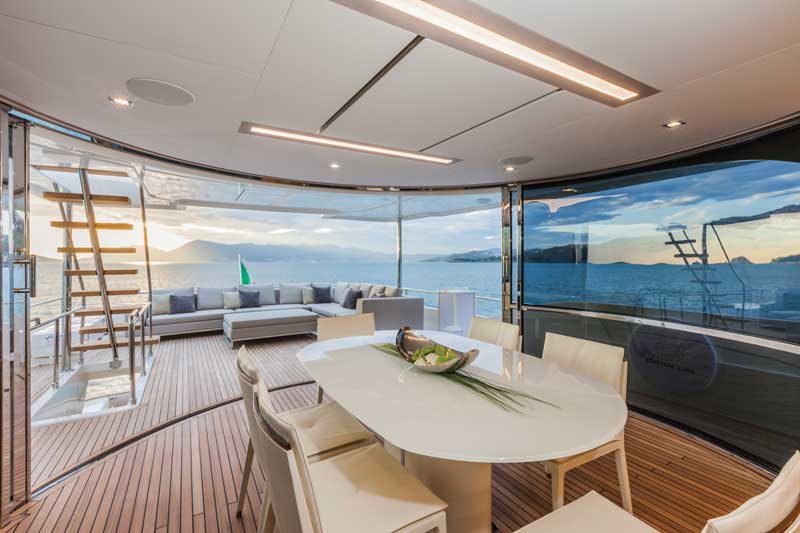 This victory also highlights the effectiveness of the design and build strategy that Custom Line has followed over the years, a strategy that has made it one of the most commercially successful brands on international markets.”

From Europe to the Middle East all the way to Hong Kong, where the yacht debuted last October. 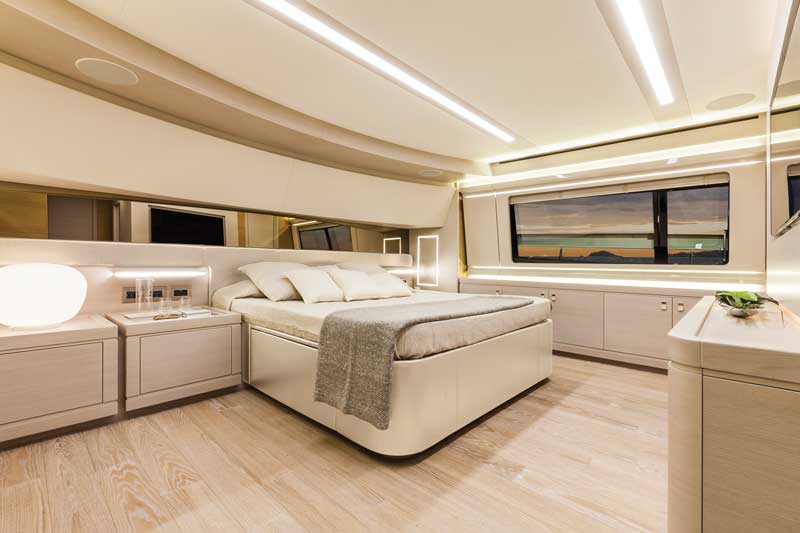 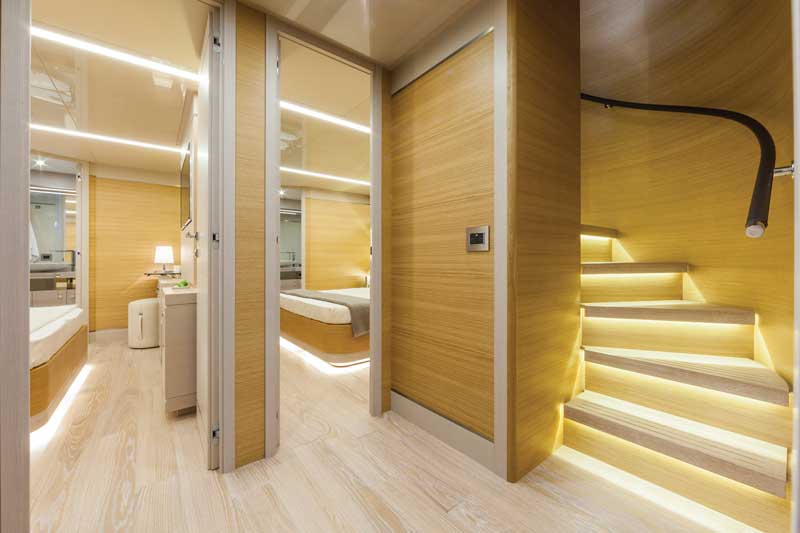 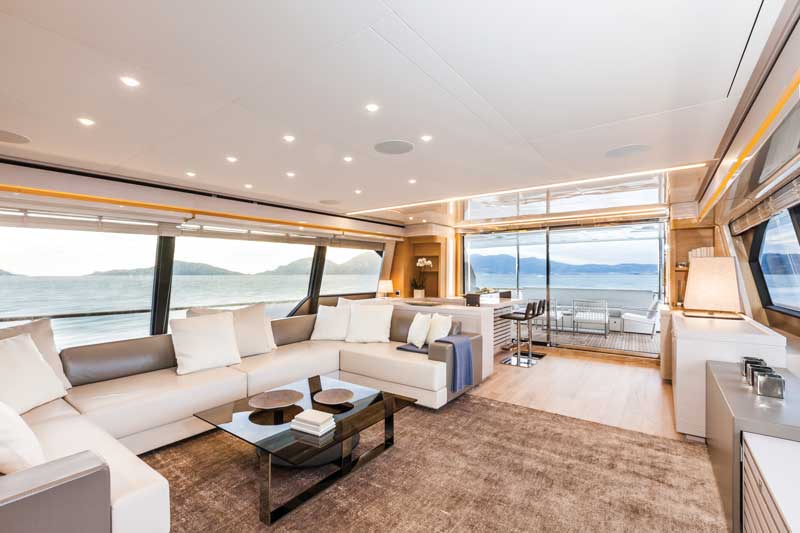 An unmistakable outer profile and panoramic dining area on the upper deck, with a circular sliding glass door system that enables this area - and the entire deck itself - to be used in a highly flexible way.The broad sun-deck is a comfortable private deck that can be fitted with a Jacuzzi and an awning upon request.

On the main deck, a continuous glazing stretches from bow to stern, and the lower deck features four innovative hull windows at the height of the guest cabins, installed for the first time on this model.

An absolutely new innovation is found in the aft area, where the Dual Mode Transom (DMT), a Ferretti Group patent, makes it possible to combine into a single system a floodable garage, a bathing platform, and a beach club whose dimensions are unprecedented on any other model of this size.

Further innovation can be seen in the audio/video equipment, thanks to the “VOTIS” software (Videoworks One Touch Infotainment System), which makes it possible to use an iPad to control the on-board entertainment system and thus replaces all the remote controls for the various A/V equipment in the main deck salon with one single device. The control system can even be extended to the other areas of the yacht.

Performance-wise, the Navetta 28 is fitted with two MAN 1200 mhp V8 engines that propel it to a maximum speed of 16 knots and a cruising speed of 13.5 knots.

In its standard version, the yacht is equipped with electro-hydraulic stabilising fins with “underway” function and, upon request, with gyroscopic stabilisers. 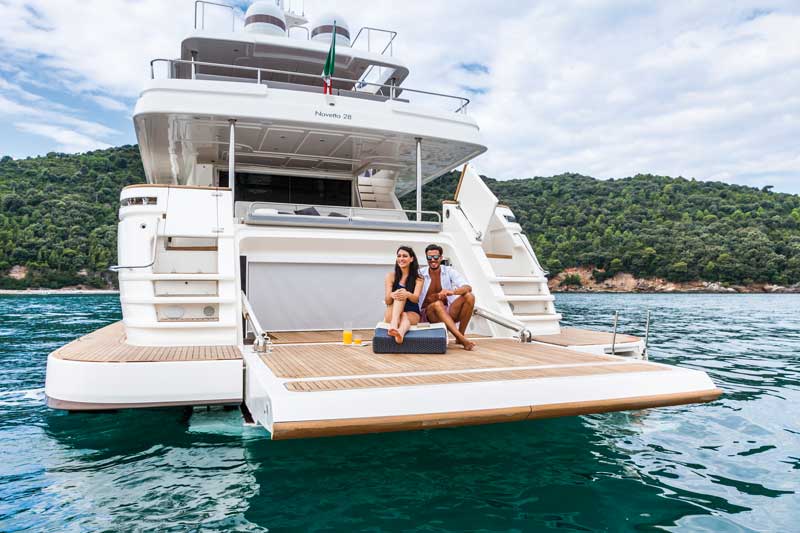 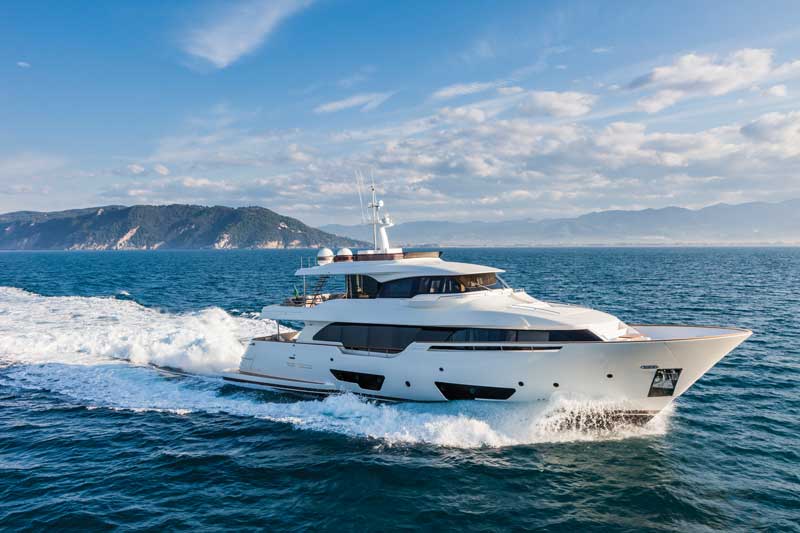 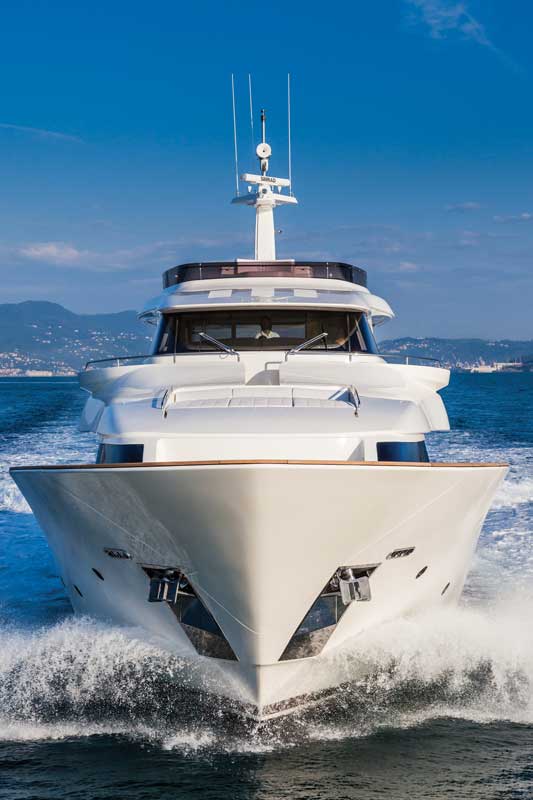