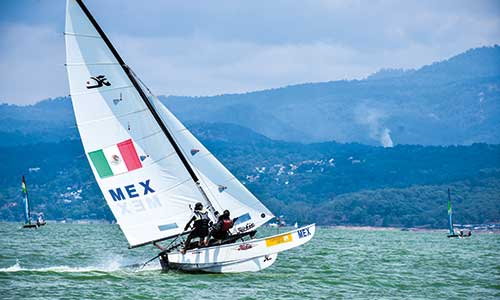 A New Sailing Tradition in Mexico

27 boats captained by athletes from different parts of Mexico, as well as from Argentina, Italy, France, El Salvador and Guatemala, gathered in the beautiful San Gaspar del Lago Nautical Club and the sub-headquarters located at the Avandaro Nautical Club, in the artificial dam created in 1947, with an area of 2,900 hectares, which distinguishes Valle de Bravo as an ideal place for sailing.

The International Hobie Class Association was founded in 1991 to promote the Hobie regattas. Over time it has become one of the largest navigation class associations in the world, with more than 500 fleets in approximately 100 countries, with presence in every continent, and Mexico is proudly part of it. 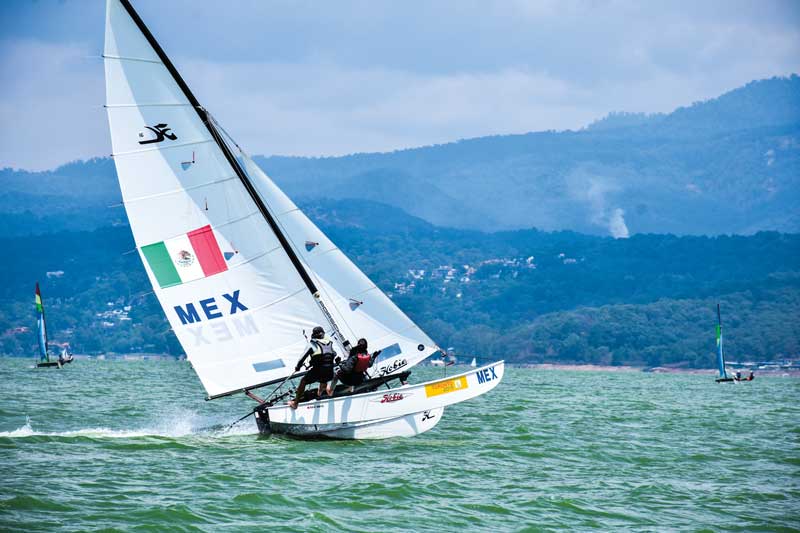 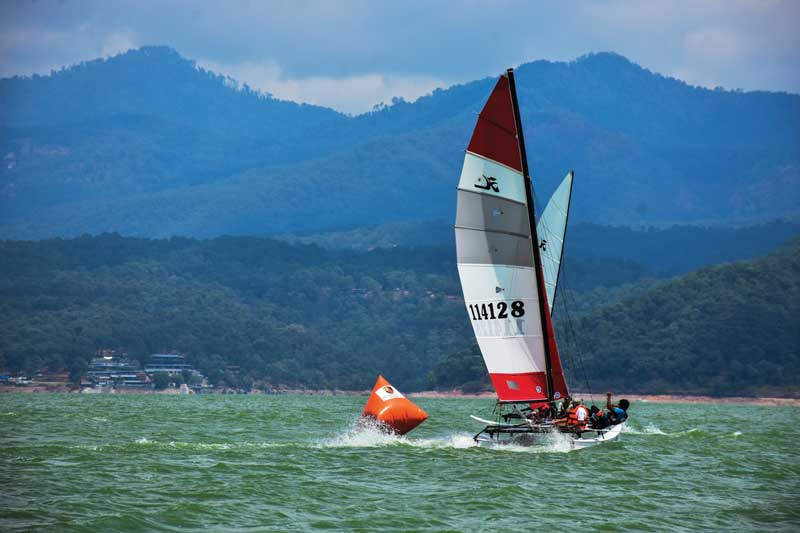 The second edition of the Hobie Cat Championship 2017 was endorsed by the Mexican Sailing Federation (FMV). 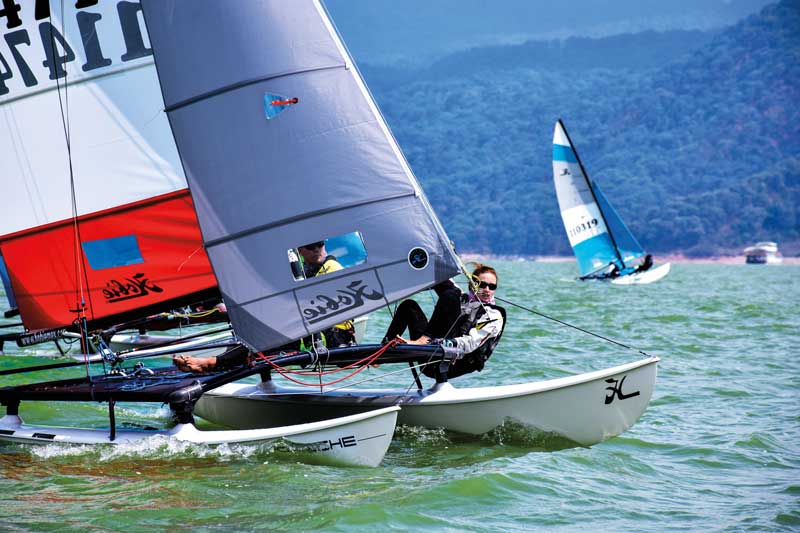 Porsche was the official sponsor of the championship.

To have a successful competition, the most crucial participant in sailing was necessary: the wind. It had late presence during the first day, with an average of 8 knots and fluctuations of up to 10 knots, which were enough to hold two events. In the second date, the wind was also late, so that only two of the five planned competitions took place. Fortunately, on the third and final day, the wind remained constant with more than 14 knots, and gusts up to 18, which allowed six races, completing the sporting event successfully.

To commemorate the 2nd Championship, the 2017 Annual Assembly was held, where the Class President, Mario R. Escobosa, unveiled the Award Cup that will bear the name of Don Armando Noriega Conesa from now on, after he served as president for more than 20 years. 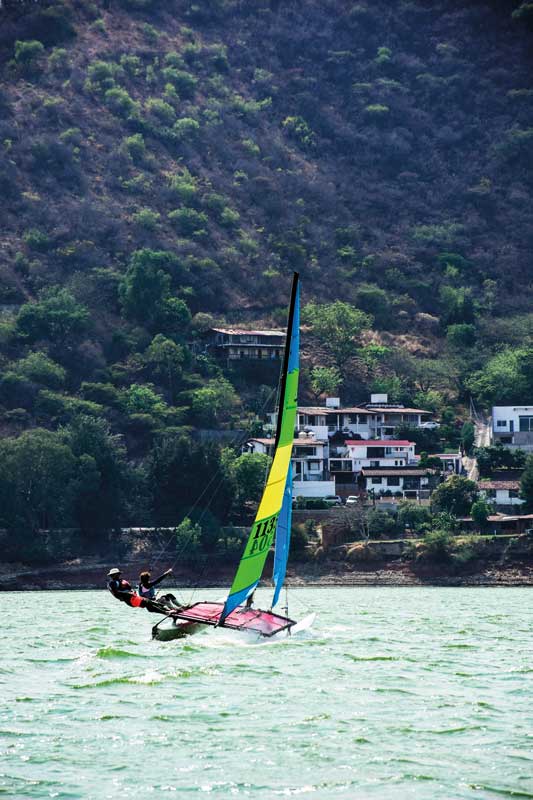 The venues were the Nautical Club San Gaspar del Lago and the Club Náutico Avandaro, in Valle de Bravo, Mexico.

The winners of the top three places at the 2nd National Hobie Cat Championship 2017 were: 1st place for Armando Noriega Negrete and Natalia Valdespino from Club Sotavento and the Avandaro Nautical Club respectively; 2nd place went to Jorge X. Murrieta Fernández and Maruja Ganem from Avandaro Nautical Club; And 3rd place was for Ernesto Reader and Alejandra Mailezo from Club Vasquesillo—all of them from Mexico.

The main goals for the competition were accomplished: to promote sports development at a national level, to propel high-performance sailors and to boost Mexico's performance in international races.

This race’s achievements will allow the class to continue to host high level events. The third edition of the championship is already in the planning stage, and will help define the athletes who will represent Mexico at the 23rd edition of the Central American and Caribbean Games, to be held in Barranquilla, Colombia, in 2018. 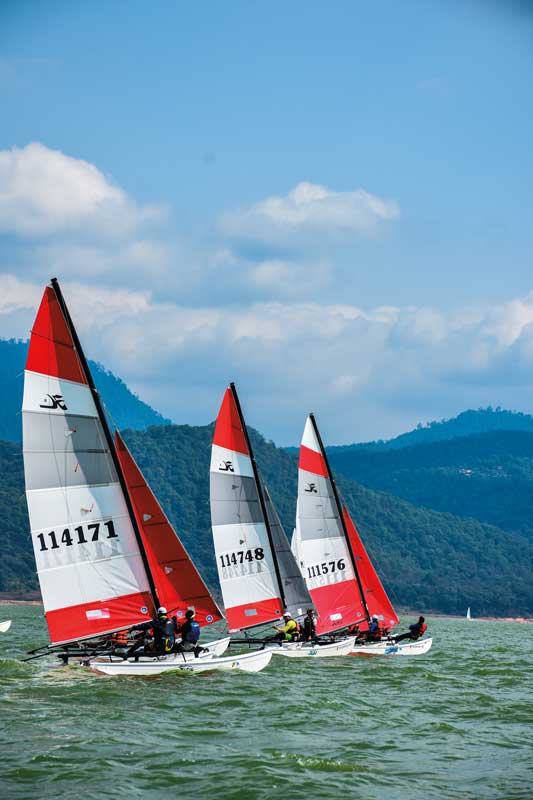 The venues were the Nautical Club San Gaspar del Lago and the Club Náutico Avandaro, in Valle de Bravo, Mexico.