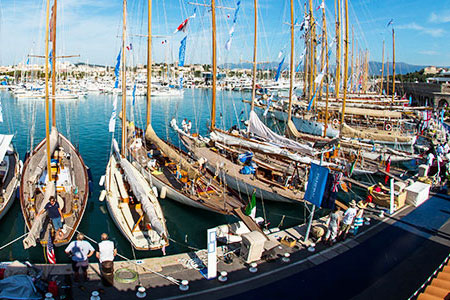 On the eleventh consecutive time, Officine Panerai will be a sponsor of the Antigua Classic Yacht Regatta, which this year celebrates its 28th edition, and as is tradition, the Swiss company presented the calendar of Panerai Classic Yachts Challenge to be held during the summer of 2015.

The Mediterranean Circuit of this classic sailing begins in Cote d'Azur with Les Voiles d'Antibes, followed by the Argentario Sailing Week in Italy, Copa del Rey de Barcos d'Epoca on the island of Minorca in Spain and ends with Les Régates Royales in Cannes in September.

One of the most relevant information of this annual competition is the participation of Eilean, Bermuda sailboat born in 1936 that Officine Panerai rescued from a degraded state, to return its glow.