Tania Elias Calles comes back for their fifth Olympics 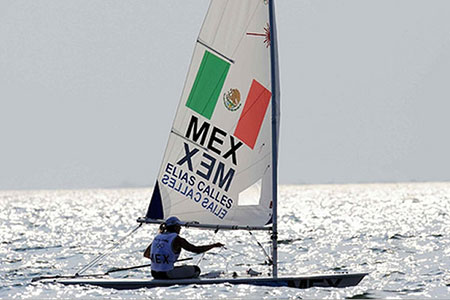 With a loving spirit of the challenges, and the Mexican sailor Tania Elias Calles coach announced at a press conference that seeks to win his fifth Olympic Games as well as new challenges including his first trip around the world alone aboard his boat.

After a pause in his career after participating in the London Games 2012, Tania Elias raises qualify for the Rio de Janeiro 2016 and the best result of his career, so he will travel to Europe to train throughout the month of September.

The current agenda of the Mexican sailor include Transpac Challenge in 2016; a cruise from San Francisco to Hawaii to 2,400 nautical knots of speed as well as the Barcelona World Race in 2018 and his first solo round the world by 2020 through the most dangerous sailing regatta in the world: "The Vendee Globe".

Open sea is synonymous with risk, especially for such a frail craft, very different from the iron tenacity of Tania Elias, who said optimistically: "It's crazy, addicted to adrenaline. Like a drug that I can not escape... I do not feel fear, itself a necessity of survival. I'm not afraid of anything".