Innovation in sailing by Jeanneau 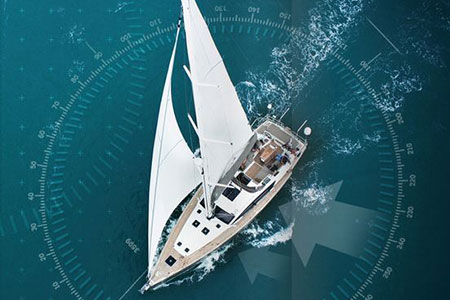 Imagine que power of sailing alone like sail athletes do. After three years or work, naval shipyard  Jeanneau, alongside Harken, have incorporated a system to facilitate a family’s navigation, a reduced crew or even a single person. This innovation was denominated as Assisted Sail Trim (AST), which forms part of Sun Oddysey, this allows the user to navigate in a secure automatic form, expanding the possibilities of those who have little movement or require support.

1. Auto Tacking. This is a great ally for the veering maneuver, it facilitates movement while adjusting the back sail; with special sensors that detect wind’s speed it is the major precision and security system out there.

2. Auto Trim. It’s activation allows the execution of a trim exit mode, while automatically adjusting the drawing of water. This smart system makes the perfect trims,  it limits the length of the ship which was previously used for commodity. While this function is on -based on the execution and wind- it’s integrated control system detects the wind’s motion.

3. Sail Management. This mode controls the mainsail and the genoa, which allows it to roll and unroll. It incorporates sensors that will detect jams and liberate the mast automatically, allowing the realization of other tasks in manual form in case potency is lost. This is the last phase of innovation and is still developing; it’s launch will be very soon however and it will form part of the  Sun Odyssey 2016 line.

All of these functions can be used fully controlled by the owner or patron from the commodity of area,the Harken Rewind or Captive Reel apps can work without a manual guide; with the option of backup in case it’s necessary.

For the time being, this system - which is already in it’s last phase- is already incorporated in the Sun Odyssey 519 model.