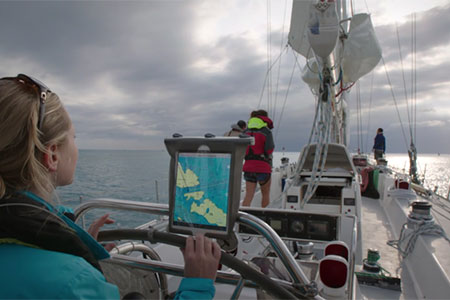 Software developers of great companies such as Microsoft, have a common interest and enthusiasm for sailing, which translates into years of hard work and investigation that unite talent and a personal passion in equal way. K Signal is the achievement of this, it represents a huge challenge: to generate a model that shares an open code for this new digital era, you will be able to have internet access no matter at what point of the ocean you are.

K Signal is a classic protocol that gathers decades of work and it represents the opportunity to produce a benefic and great change for navigation. It needs a market demand to gain developers and creators who promote this innovation, although it is ready to be implemented on a large scale.

It’s name comes from the original flag of the K (Kilo) Signal which indicates “I want to communicate!” and it promises to be the next generation of exchange in maritime data, through several modern gadgets and mobile applications, not only will from crew that is visible on the same boats, but other vessels and distinct naval points.

Digital Yacht has produced a white book to help those who are interested and to learn a bit more of the applications from K Signal, in which  iKommunicate will be serving as a link that translates  NMEA 0183 and NMEA 2000 data for the new format from K Signal. This allows the next naval electronic generation to enjoy the K Signal platform and allow connected saling.