James Bond’s sailboat will have a new owner 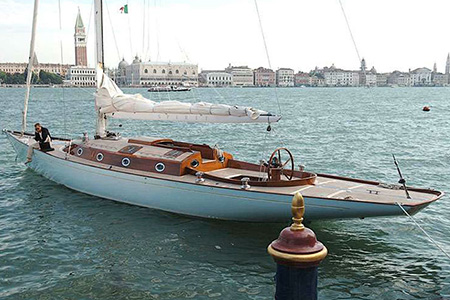 The Spirit Yachts shipyard has put on sale the sail boat that was the protagonist of several scenes on the James Bond movie that was filmed in Venice, Italy, Casino Royal. This was the only vessel of it’s type to have sailed these waters in the last three centuries.

The boat, which was originally named Soufreìre, was built by this company under the supervision of engineer Steve McMillan.  It measures  16.7 m in length and has a Yanmar motor of  54 HP potency.

Currently, this emblematic ship with wooden deck has been baptized as Spirit y has been conditioned to be sold with the initial value of 850,000 euros, which could exponentially ascend due to the offers that it’s builder has received.