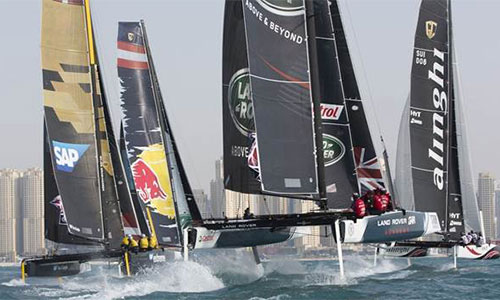 This will be the first time the series takes place in Mexican territory. Andy Tourell, Event Director of the Extreme Sailing Series, commented on the new venues: “I have no doubt that both San Diego, which has a long sailing tradition, and Los Cabos—which is a great sailing destination in its own right—will quickly establish themselves as among the classic venues on our circuit.”

The event will begin with Act I in Muscat, Oman from March 8 to 11, and will conclude with Act 8 in Los Cabos, Mexico from November 30 to December 3. The event offers the opportunity to boost tourism and position Los Cabos as a world-class destination.