The conquest of new continent

Stories of galleons and sea, sunken treasures, fights in the middle of the ocean, sea expeditions and conquests... This is the story that the Naval Museum of Madrid beholds. Six centuries in the history of Spain told by an exceptional witness: the Navy, its sailors and their ships.

Despite being an institution with 170 years of history and exposing the grandest naval collections in the world, the Naval Museum is one of the great mysteries of Madrid. No doubt forgetfulness is weighted by the fact it is a maritime museum in an inland city, where 350 kilometers separate the nearest coast. A contradiction only apparent, since it is from Madrid where several naval operations have been led, for centuries and even today the city hosts the headquarters of the Armada.

Due to the heterogeneity of its funds, more than a museum, the Armada is the sum of several elements: an art gallery, a museum of decorative art, a science classroom, a map library... Located in the heart of the “Art Walk” in Madrid, its 25 rooms exhibit boat models of all time periods and places of the world, charts, paintings, weapons and banners, navigation and scientific instruments, archaeological remains and, also, a careful staging that transports the visitor to a Spanish frigate of the nineteenth century, to grant the visitor the feel of a captain’s ship. The decor, with exquisitely carved wooden windows and windows that cover the two courtyards transport us to rooms full of magic, imbued with the romantic spirit of the nineteenth-century museums. 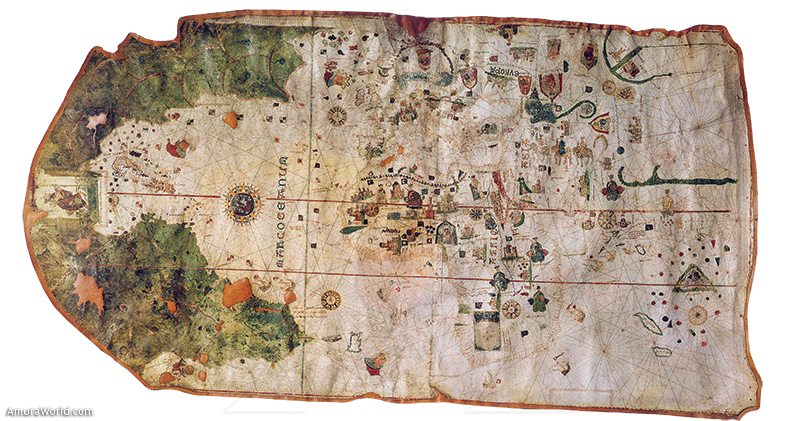 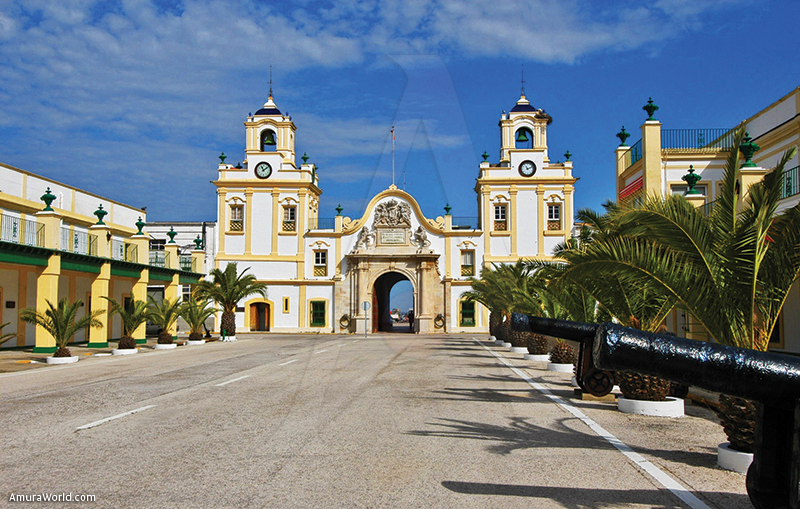 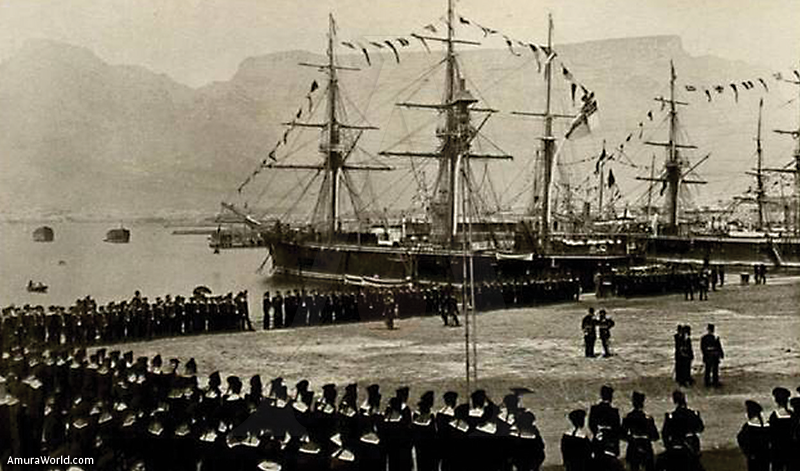 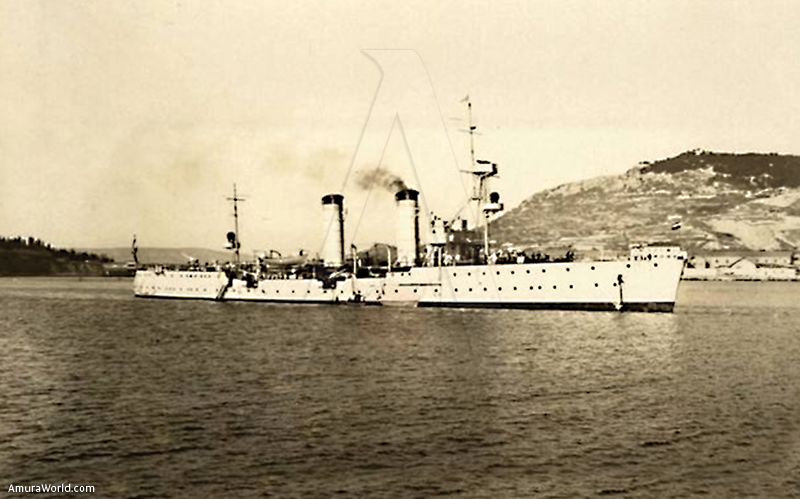 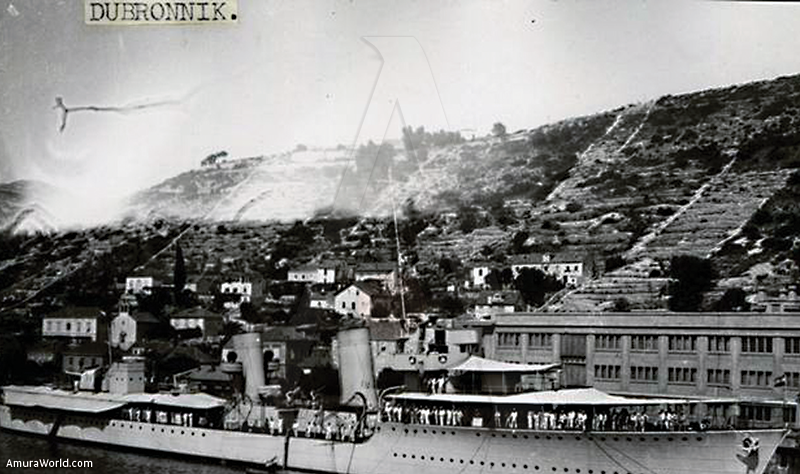 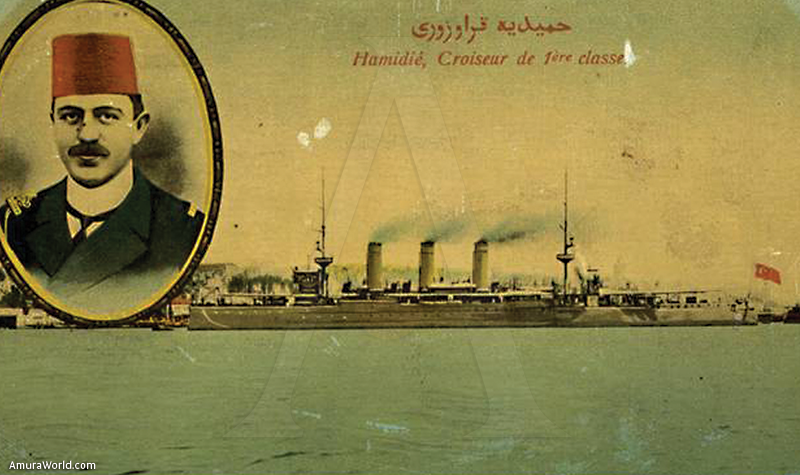 The origin of the museum dates back to 1790 when Antonio Valdes, Secretary of State of the Armada, promoted its creation in the City of Cadiz of San Carlos to aid future officers education. The turbulent turn of the century left in the air this initiative, which would not be resumed until 50 years later. The Naval Museum finally opened its doors on November 19, 1843 at the Palace of the Council, with funds donated mostly by the royal family. It went through different sites in Madrid before settling in 1932 at its current location in the building that later erected to house the Admiralty, whose first floor is occupied completely by the museum today.

The exhibition is divided into two paths that meander interspersed and complement each other to provide a comprehensive view of the naval history and man’s relationship with the sea. A chronological journey guides the visitor through the history of the Armada, its protagonists and highlights add to nine spaces with a monographic approach in shipbuilding, living conditions on board and show the relevant role of the Armada in geographical discoveries and scientific progress.

The most representative collection of the Naval Museum are its popular ‘models’, able to arouse the admiration of children and relive the childhood of the biggest illusions. Actually, they are not models, but arsenals, and their function and usefulness goes beyond a thorough scale reproduction of the details of the big ships that have served in the Armada from the sixteenth century. Prior to construction, many plans were presented to assess the suitability of ship design, feasibility and ultimately decide its execution or introduce structural necessary modifications.

In the XIX century, with the development of plans and the arrival of steam, arsenal models lost its original purpose, but their development is a tradition that still stands today. Since 1853 a royal order refers to the museum when a model is built for each vessel required from the Armada. It is difficult to highlight one of the more than 600 models of the museum. Due to the richness of its decoration and the quality of the details, one of the best is the Royal Bourbon, a three-decker, which was personal request of King Ferdinand VII and never came to sail. Emblematic ships also excel: The Holy Trinity or San Ildefonso, the first armored boats or The Numancia, the first steam battleship of the Armada. Curious models made by prisoners are also exposed. 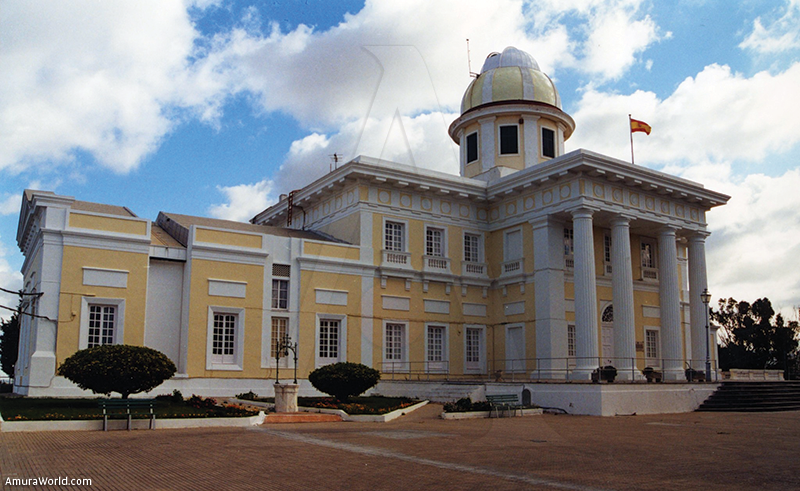 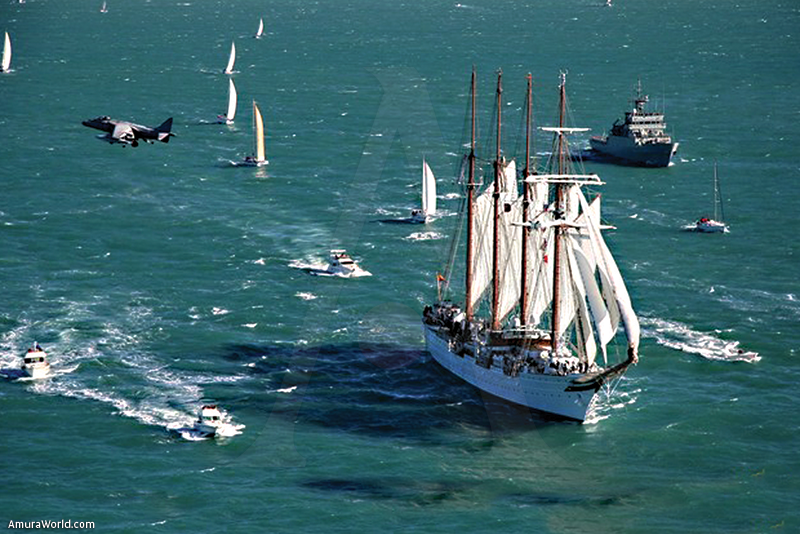 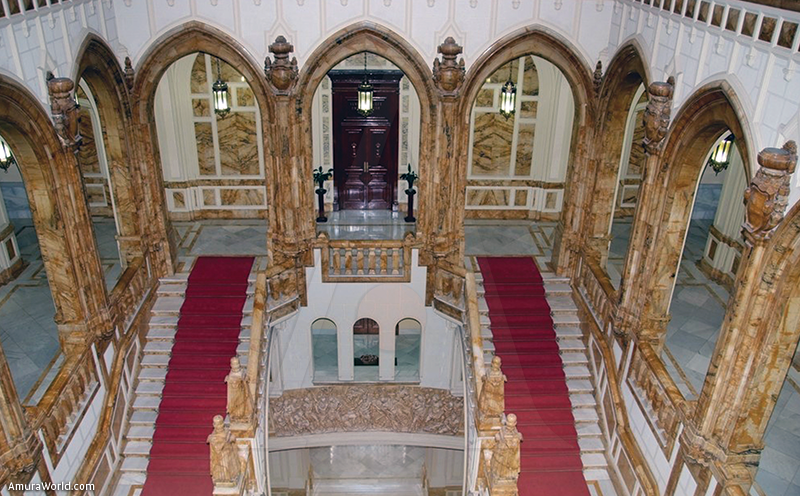 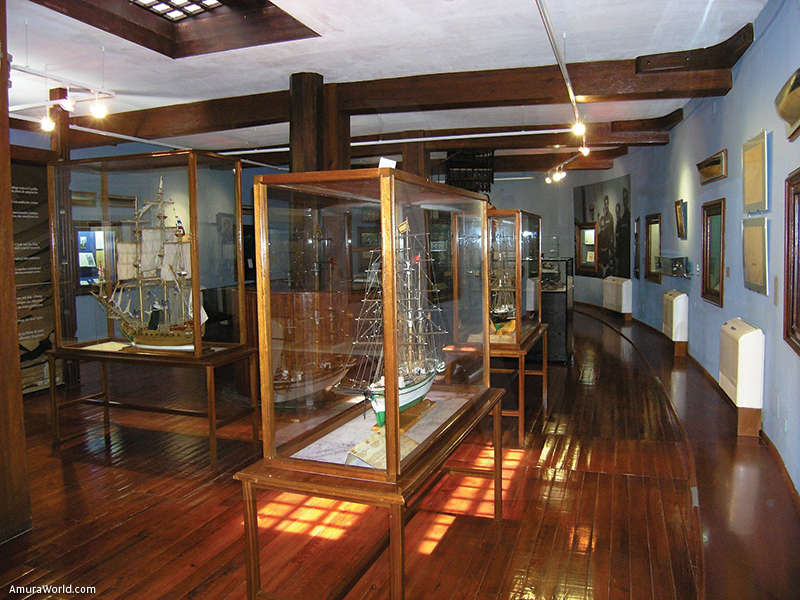 Made of bone, ebony, wood, rope and even human hair, all made during the Napoleonic Wars, by French officers and sailors during their captivity by the English. In the museum not only can we see Armada artifacts, it has a good collection of merchant marine boats, fishing and sports, many of them from the former colonies.

The museum has an important collection of votive offerings and high quality decorative patterns, for example a 1593 Flemish galleon, the only one remaining in the world from the sixteenth century.  The most iconic part of the museum is also one of the jewels of universal mapping: the letter of Juan de la Cosa. He chairs the Discovery room and is the first cartographic work represented in the Americas. He was Christopher Columbus’s cartographer during his second voyage. De la Cosa collected geographical discoveries made since 1492, possibly in order to show them to the Catholic Monarchs. America even appears with great imprecision, as a result of exploration and emerging belief that the new territories were not a new continent, but an extent of Asia.

However, the European and Mediterranean coasts are represented with great accuracy, the African continent for the first time is oriented north- south and its shores reflect the Portuguese discoveries. Asia’s representation is inspired by the famous map of Ptolemy and in the history of Italian travelers like Marco Polo.

From 1500 to the present The Naval Museum is an institution that has its roots in the eighteenth -century Enlightenment Europe, but looking to the future to become a museum of it’s time. The organization of temporary exhibitions, extended hours, the commitment to incorporate the latest technologies and the development of mobile applications, in 2012 the Naval Museum for the first time exceeded 125,000 visitors, and hopefully the path will remain until we meet the second century. 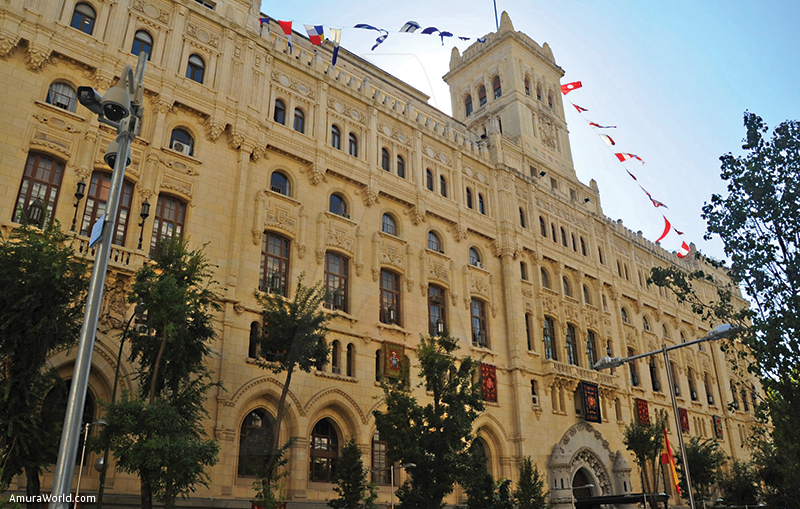 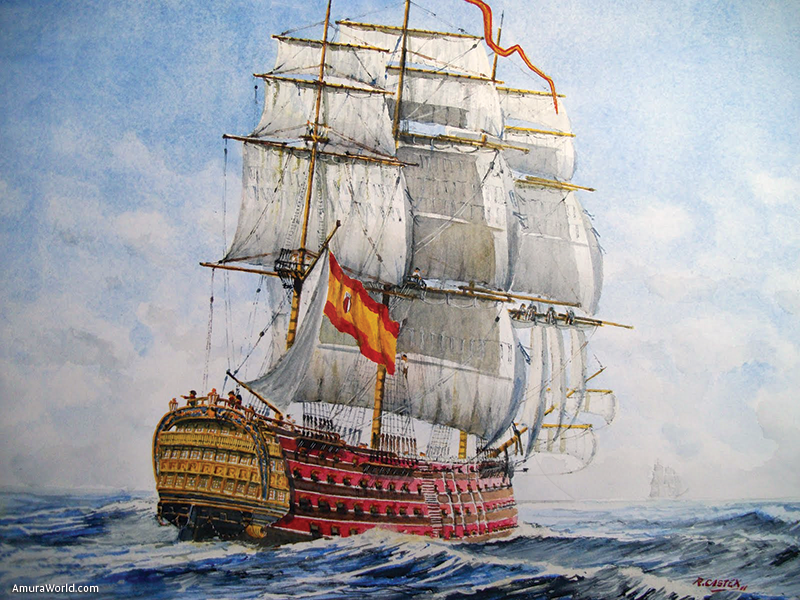 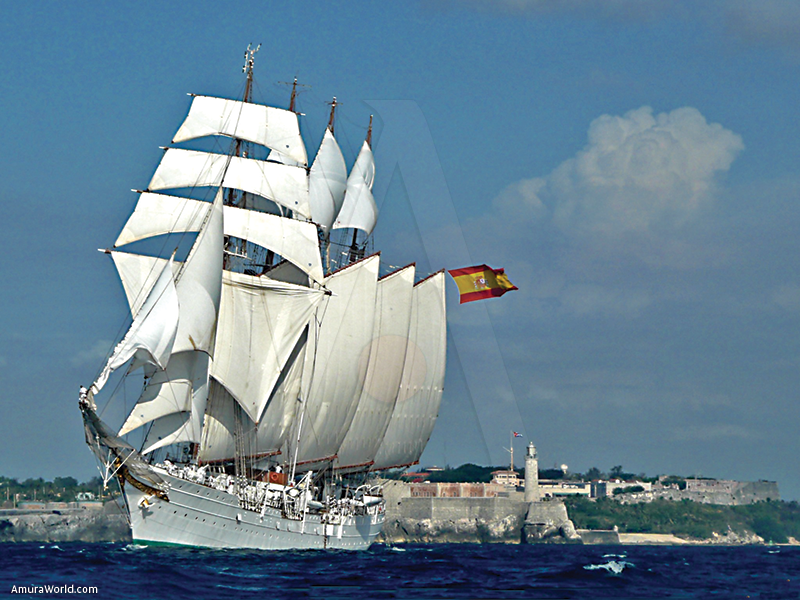 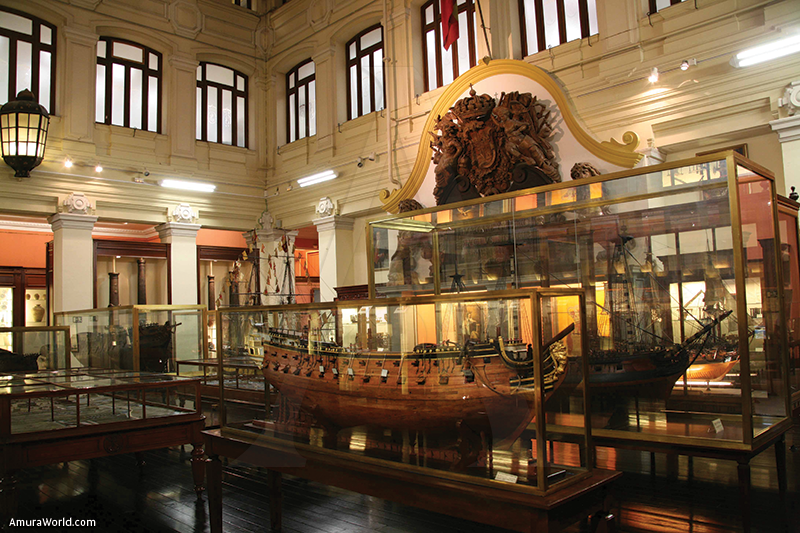 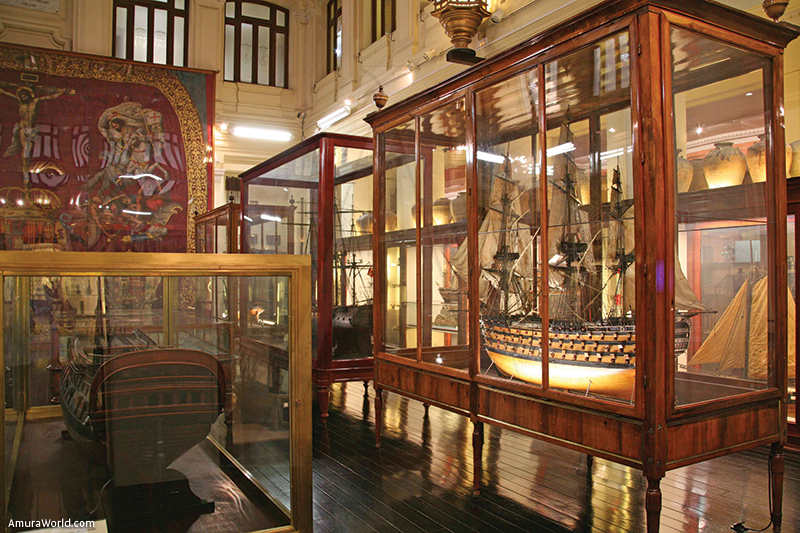