The south west region of France has a tradition of bullfights and there are bullrings in many cities. Throughout the summer, spectators can marvel at the feats of the most outstanding matadors, especially in Bayonne and Dax.

The Fiesta Brava is a magnificent spectacle in which the matador, dressed in his vibrantly colored outfit, waves his cape in front of a bull that weighs in at between 450 and 550 kilos. It is defiance of the animal’s fury, the palm of the matador’s hand touches the bull’s head and the cries of “ole” echo around the ring, the music sounds, the “ho’s” and “ha’s” fill the scene. A world of color move to and fro around the beast and the caped sword and the matador’s triumph vibrates around the terraces.

Enrique Ponce was the winner of the last season, taking two ears on two occasions; a true king of the arena, a brave prince facing the raging bull. Cesar Rincón nears his farewell after a long and brave career with all the honors he deserves, Javier Castaño shakes with bravado, the fiesta filled the bullring. 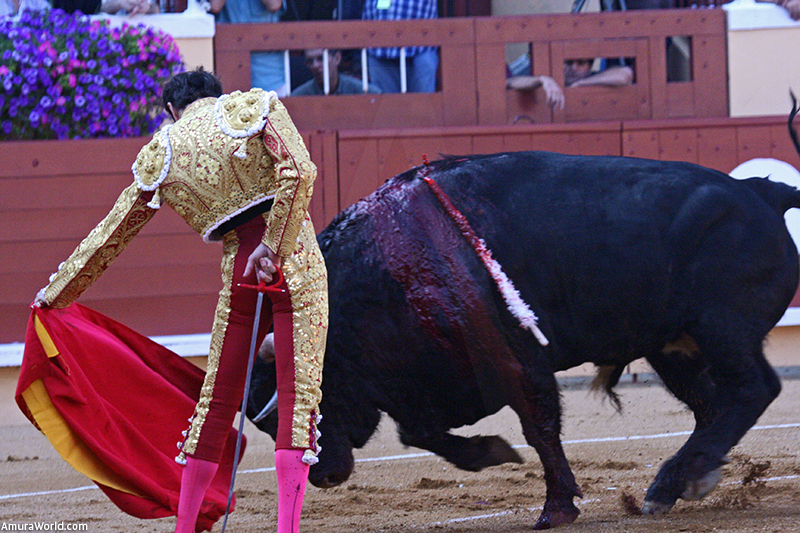 Another of the region’s traditions are the so-called vacas landas; the cow is led by a lasso in a rectangular arena and the bullfighters fight them with elegant movements without capes. Other jump up and pirouette or angel’s jumps (literally jumping over the animal with arms extended). Brave men face the cows’ horns that want to spike them. This is a different fiesta where the cow leaves the stage triumphant after a good game.

The bullfights of Bayonne and Dax have been part of the bullfighting world in beautiful bullrings full of tradition, colors, fabulous images and the matador’s looks in front of the dangerous horns.