The wonders of the Mexican Caribbean

I can still clearly remember the first time I saw the wonderful Caribbean Sea. From that moment I knew that this would be my place and that I wanted to make my life here; that’s why I now live in Cancún, a place surrounded by one of the warmest and transparent seas in the world, the fabulous Caribbean Sea.

I have spent the last 25 years of my life scuba diving, and although I have had a fortune to visit other places, the Mexican Caribbean never fails to surprise me.

When I was asked to write this article, I jumped up the chance because touring its coasts, beaches and coasts, as well as its islands is always a great adventure. 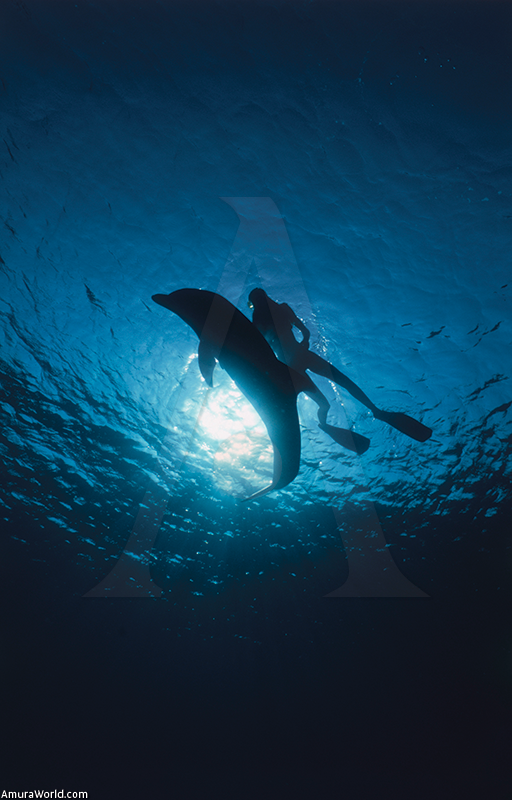 The Mexican Caribbean is located practically in the young State of Quintana Roo. I will try and take a tour, dear reader, starting in the North, on the small island that until recently was known as Isla de los Tiburoneros, I am referring to Isla deHolbox. It is a small island with sandy streets, where visitors breathe in peace and tranquility, even though its waters are not Caribbean, since it is located in the Gulf of Mexico, which makes it very rich in flora and fauna.

The main routes around this place consists of going to observe and swim with the enormous whale sharks, which during their long wanderings through the oceans, appear in these waters from June through September, accompanied by enormous devil rays. It is a pleasure to watch them during their breeding season, where three or four of these magnificent animals come together to start their courting rituals. While observing these animals, we can also see turtles and dolphins that happily accompany our boat. 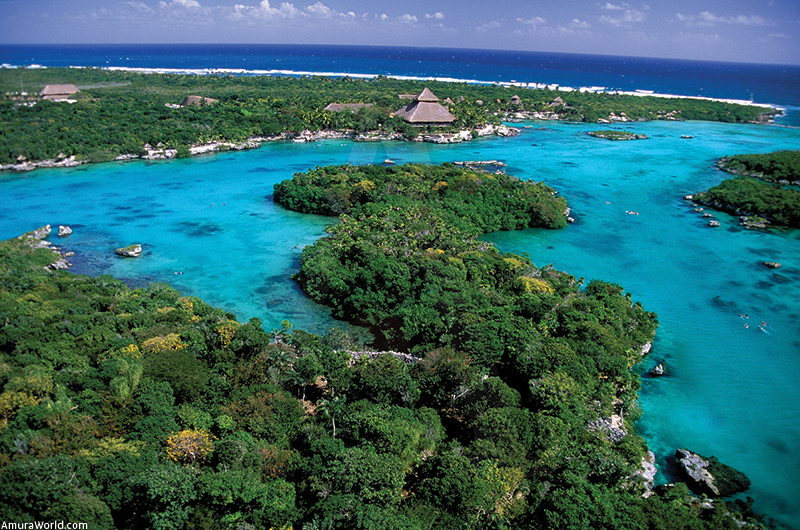 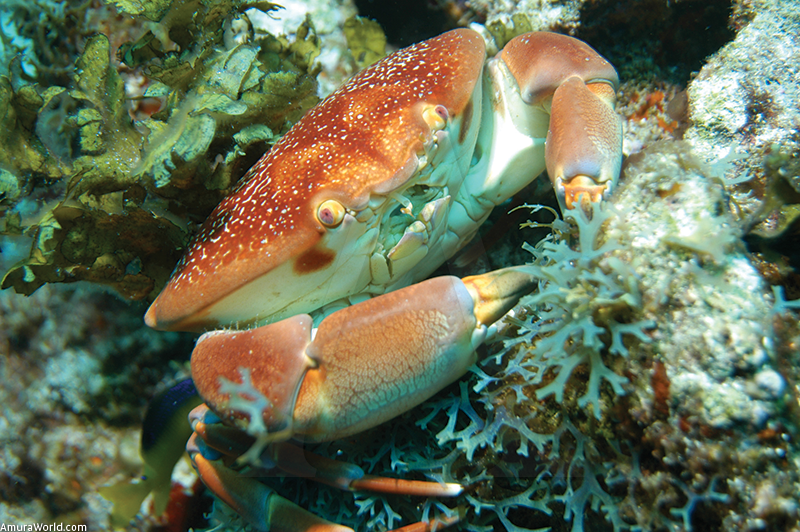 Without a doubt, a very important geographical landmark is the Catoche Cape Lighthouse, which helps sailors return home safe and sound. And it is precisely with this beautiful sculpture, which we use as a bearing to sail north to arrive at one of the sites most for life that I have been able to observe ever. I am talking about the sunken ship known as the El Chalán, which was discovered by Miguel Rodriguez about 10 years ago. When I dived on it for the first time, I could not believe what my eyes were seeing: enormous schools of silvery fish, including coronados, cúreles or Derbios, meandered happily in the mid depth in the water, while on the sea bed, friendly groupers waited for us, the snappers weren’t at all frightened of us; but what most caught my attention was the amount of enormous and heavy wreck fish that use the boat as their dwelling place. They were so large and friendly that they seemed like a moving coral reef.

This boat lies of the depth of 7 0 feet, on a rocky sea bed, perfect for the octopi to find refuge and food. On these sea beds, I saw a rare bat fish for the first time, which seemed to walk underwater and extended its wings of fabulous colors. Although the boat lies far from the coasts and sometimes the visibility conditions and temperature are not all that pleasant, it is well worth the effort to make the dive and see this wonderful place. 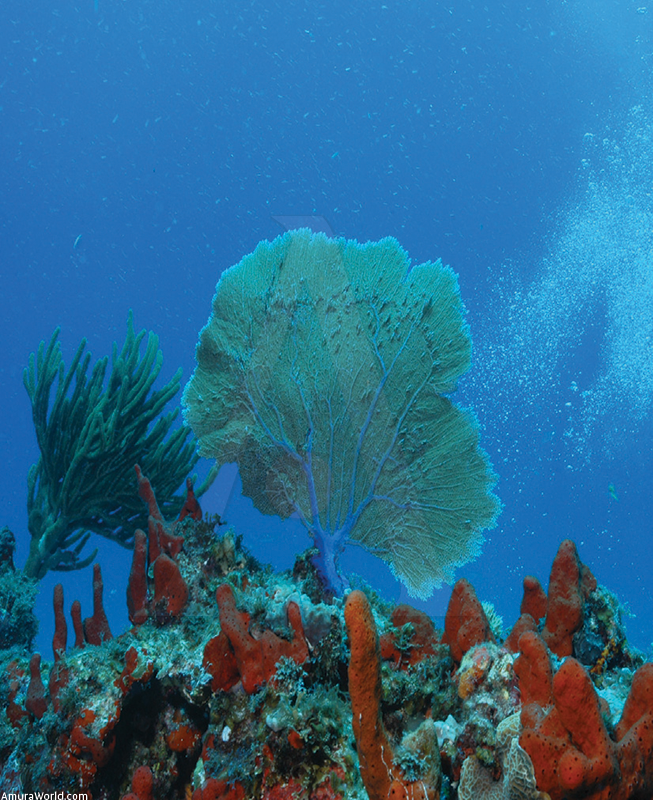 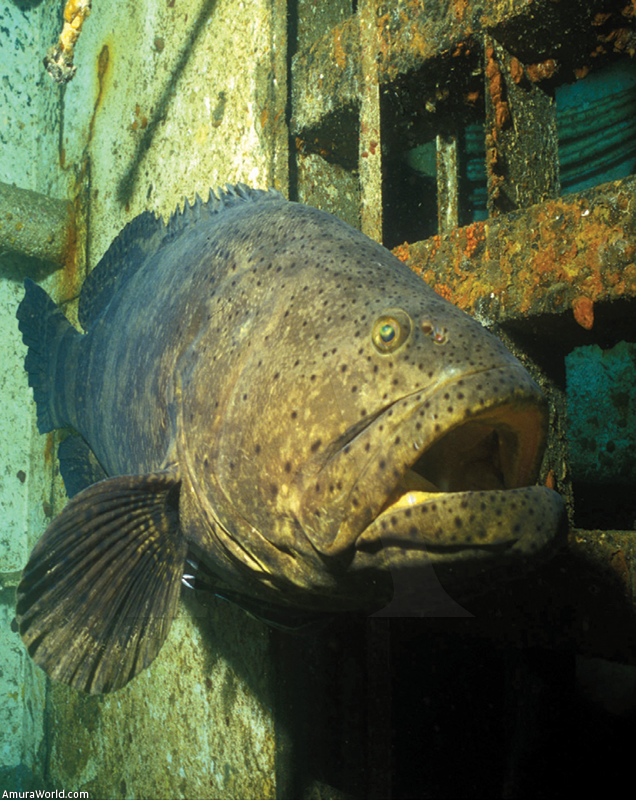 From El Chalán we headed south, to the Piedra de la Manta, a perfect place for snorkeling because it s enormous caves are inhabited by parrot fish, snappers, cubera snappers and silvery sardines. The amount of sawfish and petos that we could observe in the mid depths was impressive, making this place ideal for those adept at underwater fishing.

Very close to the Piedra de la Manta is the beau- tiful Isla Contoy, which is a national park, dedicated mainly to the protection of marine birds. Cranes, pelicans, swallow-tailed swifts, cormorants and the unmistakable flamingos, among other species live here. Very close to the lighthouse, on the northerly most point of Isla Contoy, there is a ship known as Las Calderas, which is a perfect snorkeling spot to observe the small colored fish. 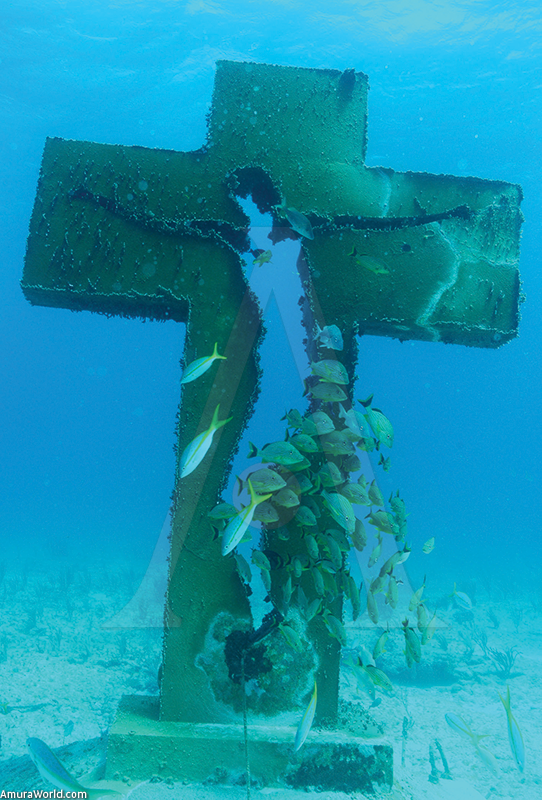 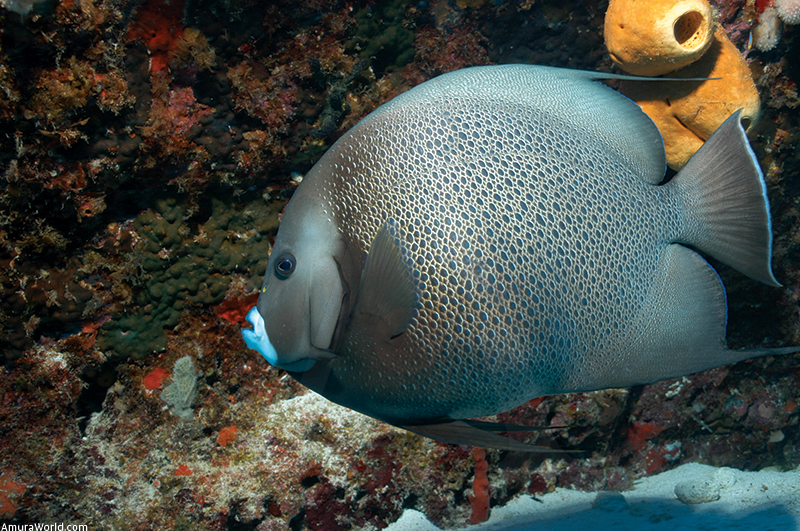 Contoy is a very important area for biodiversi- ty, both on land and in the sea because it is where the Atlantic Ocean and the Caribbean Sea join. Here, the second argest coral reef in the world begins, the Great Mayan Reef, which if we follow it and pay attention, we can discover some very beautiful underwater landscapes, as well as wrecks of ships of all eras that were trapped there.

The first settlement next of this great coral barrier is the mystical Isla Mujeres, which with its length of 7.S km is the perfect place to spend incredible vacations. The famous filmmaker and naturalist, the late Ramón Bravo chose to live here because of its peace and tranquility. 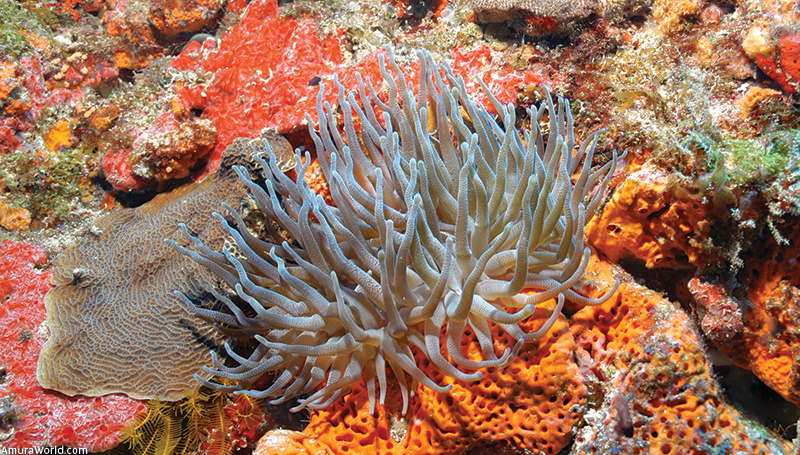 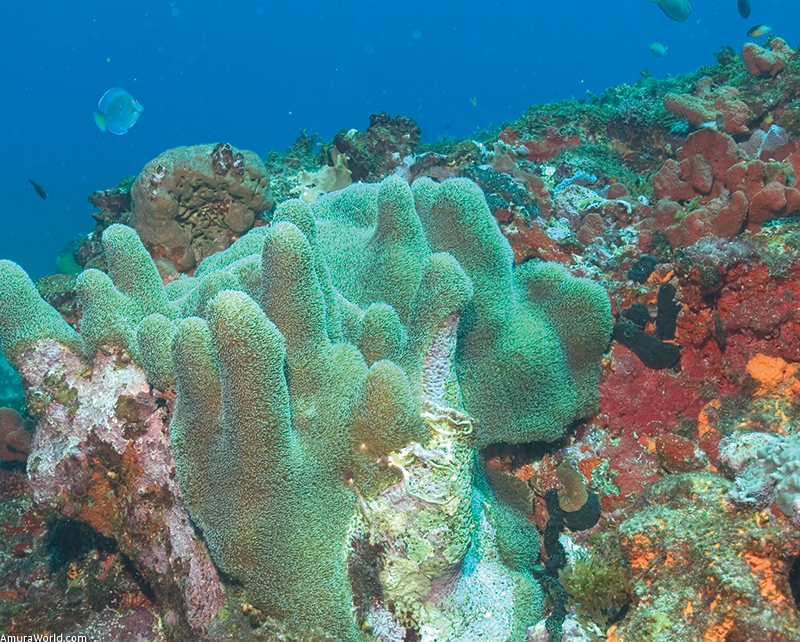 One of the places I recommend to dive are the famous manchones, which are shallow, where we can observe the moose horn, brain, and deer horn coral, sea biscuits, which together give shelter so that large schools of grunt fish and yellow finned snappers can live peacefully, while the voracious rubias and the striped Sergeant fish waited anx- iously to be fed by the passionate divers or snorkelers. The beautiful sculpture known as the “La Cruz de la Bahia” (“The Cross of the Bay”), has been placed here, which measures 3 meters in height by 2 meters in width with the figure of Christ in the center.

It was in the waters close to Isla Mujeres where Ramón Bravo, together with his friend Carlos Garcia, discovered caves used by sharks to sleep. This discovery was of vital importance because up to then, scientists were sure that sharks never stopped swimming. The event was so important that it caught the attention of the celebrated oceanographer Jacques Cousteau, who decided to visit it with his famous ship Calypso.

Isla Mujeres has the young, beautiful and dynamic Cancún as a neighbor, that with its enormous hotels, luxurious shopping malls and its delicious gastronomy have made it one of the most important tourist destinations in the world. But  Cancún receives the most visitors because of the beauty of its beaches and the color and variety of its marine beds.

Some of the most visited diving spots are Los Chítales, El Bajito, El Túnel, El Grampln, La Herradura and Aristos.

For divers who like the deep places, I can recommend vessels C-58 and C-55, which were sunken especially for scuba diving activities.

It is highly pleasurable to dive in a place and see the same inhabitants, such as the in the case of a reef for which I have special admiration which by the way, is little known. On diving, I am greeted by a school of green or blue parrot fish, by an enormous caguama turtle, by a king crab, which does not come out of its cave while fearful green moray eels look furious, but what most caught my attention were the four gray sharks to approached us out of curiosity. 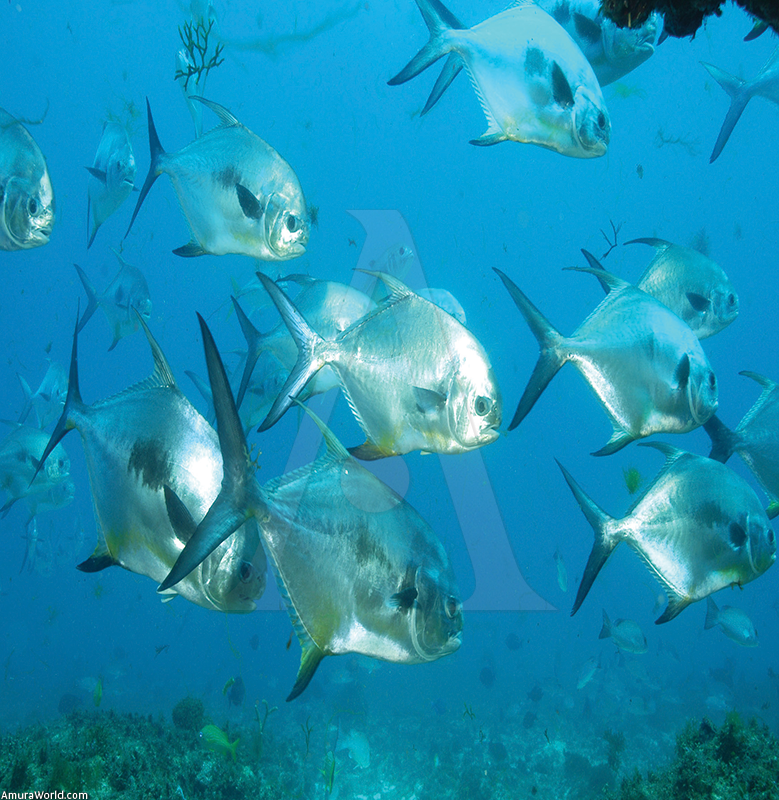 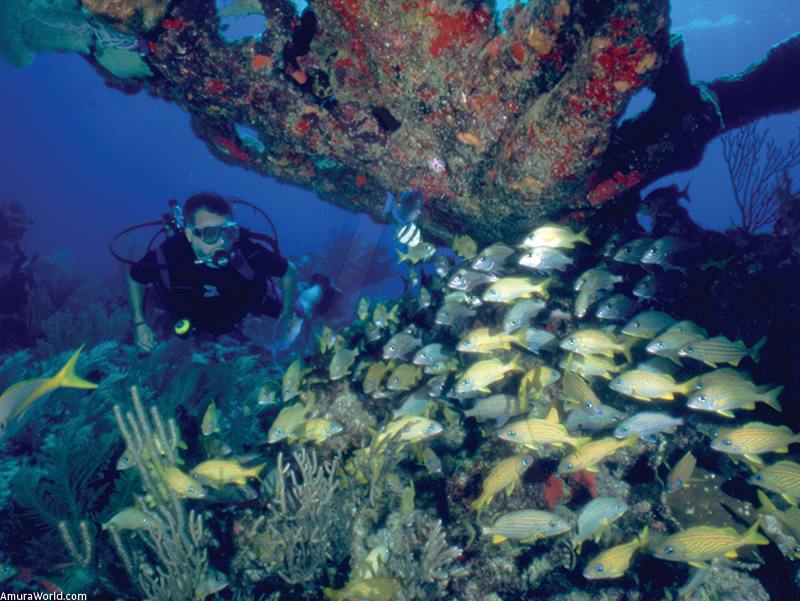 We left noisy Cancún and headed south, passing Port Morelos and arriving at Playa del Carmen, economically the second most important city of our beloved state. The most important dives in Playa del Carmen take place on a wall covered with black coral, whip coral and gorgonia. Although there are many very good diving sites, the one that most catches my attention is the Mockchen Reef, since here we can see the rays and the bull sharks that arrive every year.

Cozumel means the “Island of the Swallows”. It is the largest inhabited island in Mexico with a length of 47 km and a width of 15 km. From the 1970s, Cozumel has become one of the main diving destinations of the world. It is famous for the clarity and depth of its waters, as well as for its famous underwater seascapes.

It is very difficult for me to be able to describe which is the best place of all. Its entire eastern coast is full of perfect diving spots. Palancar, Colombia, Santa Rosa, Yucap, Tormentos, Paraíso, Chankanab and Punta Azul are some examples of coral reefs in whimsical shapes where marine flora and fauna, sea sponges, black coral, and gorgonias abound.

Palancar is the most famous a reef in Cozumel. It is a mountainous formation underwater, which is 9 km long and reaches a depth of 1000 meters. Cozumel is definitely a multicolor paradise with shapes that challenge the imagination.

Sadly, we leave the beautiful island of Cozumel behind to head south following the great Mayan Reef. From the sea we can appreciate the imposing Mayan constructions of Tulum, managing to dive close to its coasts, where we found a shipwreck, where, among its treasures, there were many ceramic pipes.

Continuing our joumey, we took shelter for the night in the enormous Bahía de la Asunción, where the lobster fishermen group together to capture this coveted animal in traps to be able to preserve the species. We continued south, with the illusion of arriving at the Chinchorro coral bank, a place well known by divers on shipwrecks. 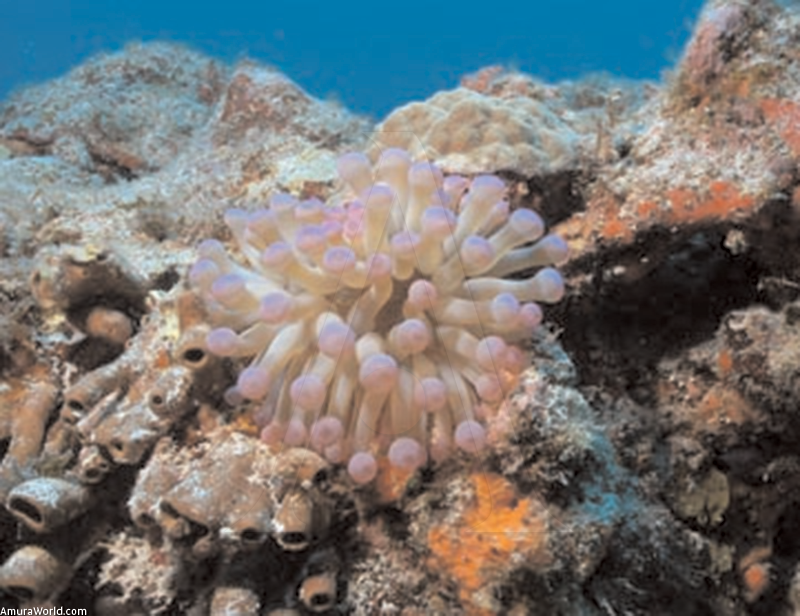 The Banco Chinchorro Biosphere Reserve covers an area of 144,360 hectares, which includes reef formations, an inner reef lagoon, three coral systems and the adjacent ocean waters. Diving in these waters is like living a dream because we discovered depths that vary from two to three meters up to 100 meters; although the depth did not matter. but rather the beauty of the seascape that we were able to appreciate.

The waters are warm, transparent and with only slight currents, which enabled us to make longer dives with greater tranquility, as well as being able to enjoy taking photographs.

The sea sponges are the largest that I have ever seen in my life, with very varied textures, shapes and color; the fans, as well as the gorgonias. the candelabra coral and the black coral could be seen everywhere.

In the deep and shallow and coral reefs, we were able to observe a large amount of lobsters, crabs and multi colored fish. Both white and pink snails are abundant in the sandy depths. But what everybody comes to look for in this far off place is the excitement of diving on sunken ships, which were sunken in time immemorial: 40 Cañones. Xuba. Firestar. Pecio inglés. San Andrés. Glenview. Penèlope or Ginger scout... it is a feeling that is difficult to describe.

I have had the great fortune of enjoying the natural beauties offered by our beautiful State of Quintana Roo. Without a doubt, diving in the Mexican Caribbean, whether in the North or South is an adventure not to be missed. 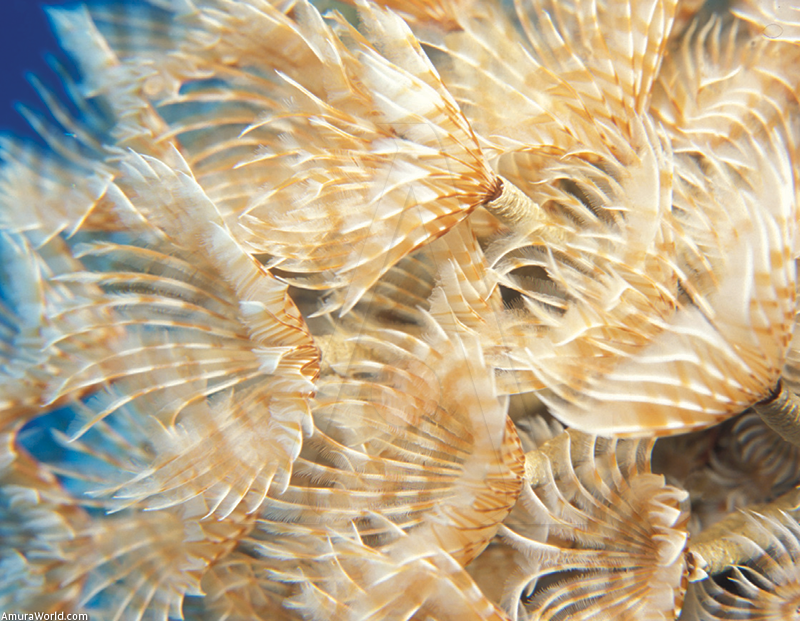 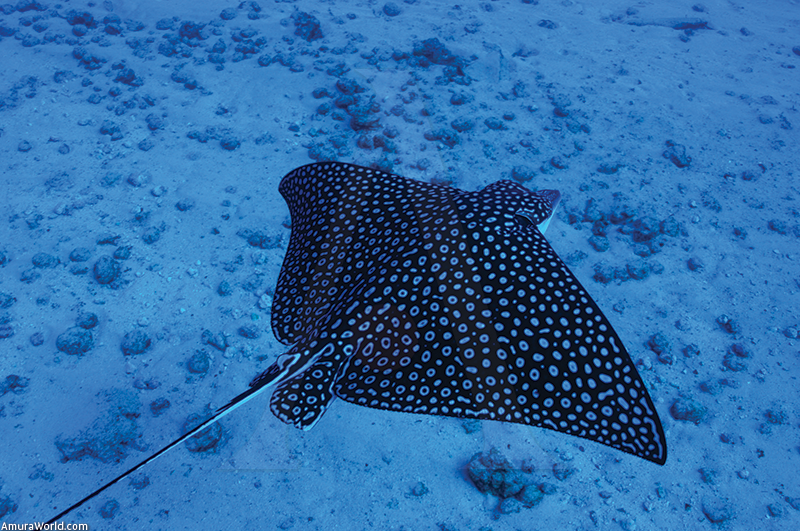