Histories of conquests in a paradise

The ruins of some ancient Amerindian campsites prove that the Caribs came to the island to hunt and find salt. They called it Sualougia, which means “the place to get salt”, or Oualichi, “the place to obtain women”. After the 1493 hurricane, Christopher Columbus sailed by but did not see it. Finally, in 1631, the Dutch declared it their property and exploited salt, so necessary in those times for conserving food. Even so, since the Spanish had a monopoly on salt, they took over the island. In one of the intents to regain Sint Maarten, Peter Stuyvesant, the young Dutch governor of Curacao, lost a leg in 1644. Four years later, the Spanish abandoned the island and this was when the Dutch and French divided it. 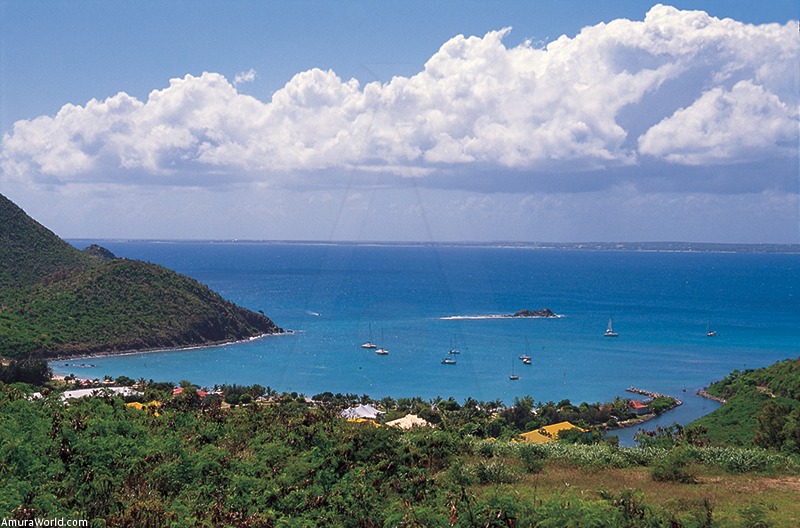 The border did not change for years, even though the Dutch tried to recover the other side and, on several occasions, tried to buy it.

The slaves that worked there were brought from Africa, a situation that lasted about 300 years, and were sent to all the islands of the Caribbean.  Finally, slavery was abolished in the French islands in 1848 and, in 1863, in the Dutch islands. The black inhabitants that live nowadays in the Antilles are descendants of those slaves. Saint Martin is a blend of people of all colors and French, Dutch, English, Spanish, Patois (a Creole considered the official language), and Papamiento (a language that arrived with the workforce imported from other islands in the 1960s) are spoken. Sualougia has known a history of conquests and occupations and has become, today, a paradise of sun and fabulous beaches.