The Destination That You Must Know

We are at “The City”, the great city on the Thames. Our flight will take off to Sydney from the vast Heathrow International Airport at 10:05 pm. This requires us to take advantage of the day to the fullest, so let’s defy time. We can’t forget the hours needed to perform the check-in smoothly, we must still visit Buckingham Palace.

Always classified as a gray city, today the sun is shining on this powerful commercial and financial metropolis. Energic and alive.  After riding the train for an hour we got off at the Victoria Coach Station. One block from here, stands the imposing neoclassical building of the monarchy, with it’s imponent façade, with 20 meters of length and 100 meters of longitude. The entire perimeter is surrounded by a high fence with golden tips. It is a majestic architectural compound.

We found out that Buckingham Palace is open to the public only in the summer. We settled to enjoy the exterior view and watch other classical picture of London, the icon of the royal guard. After taking some pictures, we looked for the first fish & chips to have a bite on our way as we returned to Victoria Coach Station. It was fast food in a certainly improvised tour, as we enjoyed the most popular dish in the UK. Pan fried fish with some fries on the side.

Heathrow is like another great independent city within London, with 180 flights to more than 90 countries. At the airport’s official website we can check a useful guide. Waiting lines, security checks and waiting time. Our flight stops in Singapore, a total 50 hour trip. 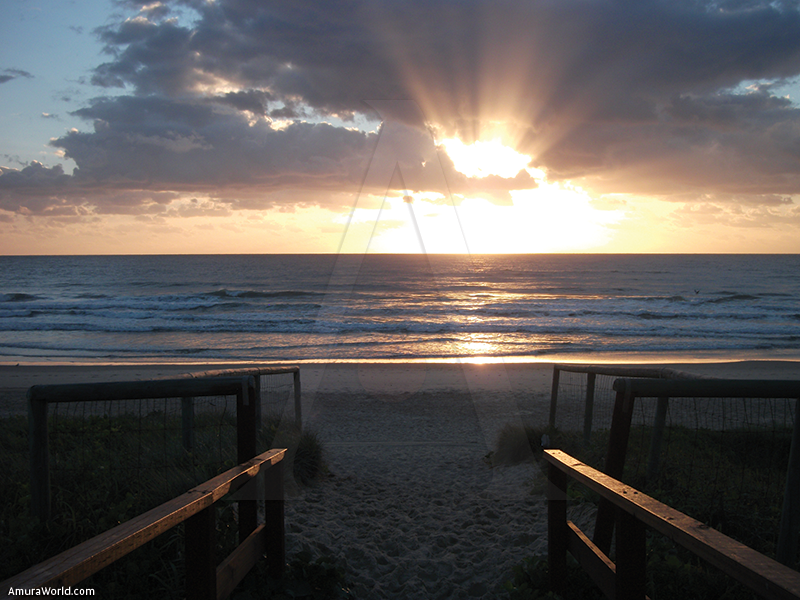 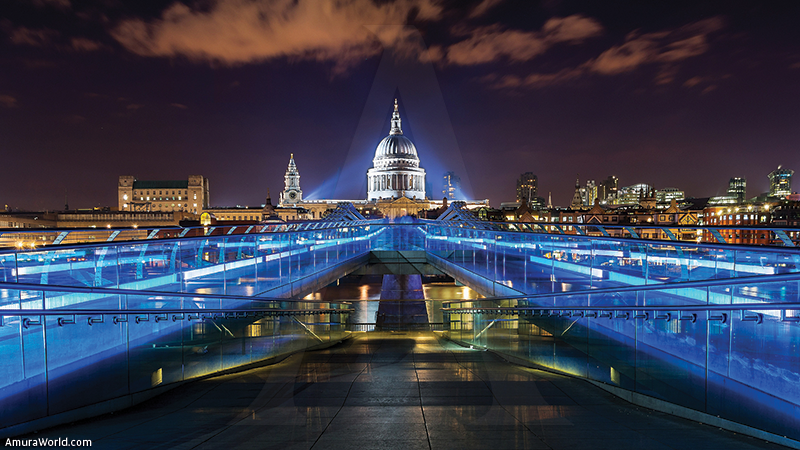 After landing, we head to Jackson Bay. The repeated image of the Sydney Opera House and the Sydney Harbour Bridge, have become an international icon. Probably, one of the most photographed places in the world. The Opera House, with those overlapping domes ending in very sharp angles like a crest is a surprising work of Danish architect Urtzon Jøn. The Sydney Opera House was declared a World Heritage Site in 2007. The engineering is wonderful.

A retired Australian suggested a visit to the Royal Botanic Gardens. It’s a great public park a few steps from the Opera. It has an excellent restaurant, the Botanic Gardens Restaurant, so we decide to visit for lunch. Stuffed eggplant and fine wine, a truly British heritage cuisine. We sat and reviewed the 120 photos we have taken without even realizing it.

Transit Day. We return to the airport area and chose the Mercure Sydney Airport Hotel to rest. It is modern, functional and is located next to a park.  After settling in and taking a shower, we went down to the cafeteria for a frugal dinner, a sandwich and Australian beer with 5 degrees of alcohol, a strong taste. We were serviced by a young waiter with Asian features who kindly asked us where we come from. We respond with questions. Where to go, what to visit? The waiter spoke of Chinatown and its large market, the Paddy’s Market, a bustling center on the weekends, but we won’t be here for the weekend. Tomorrow, we will arrive at our destination. I only imagine the paradise waiting for us at the coast of Queensland. 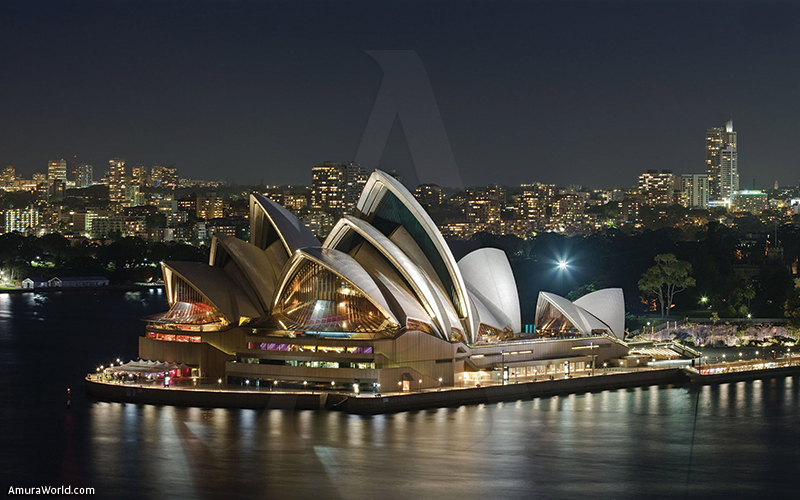 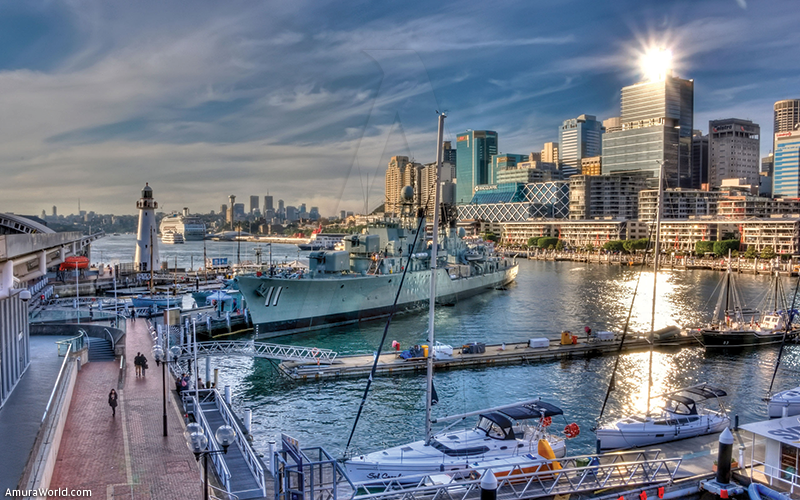 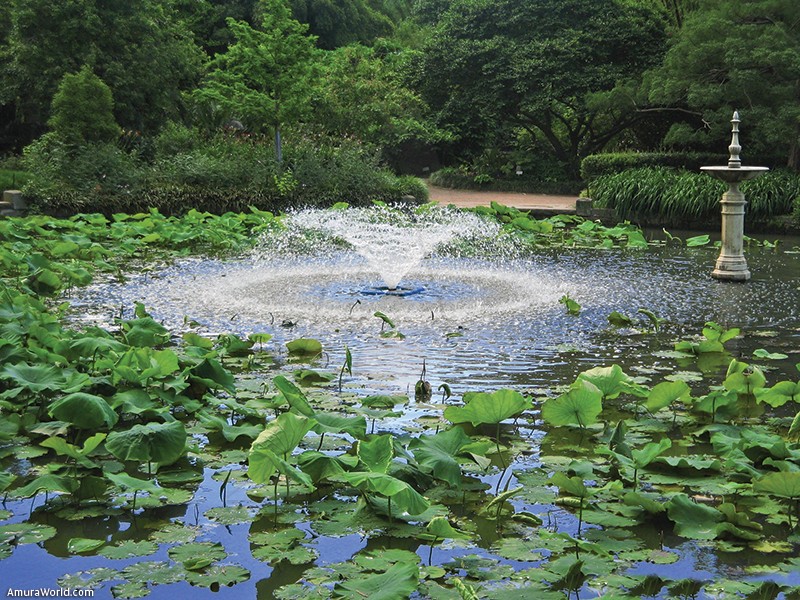 We flew directly to the Gold Coast- Coolangatta. You would believe that Australia is a small geographical point on the world map, but the distances are of considerable proportions. We have three days left to enjoy the Gold Coast, one of the main tourist attractions in Australia.

For accommodations we choose the Mermaid Beachside, a Bed & Breakfast right in the heart of the Gold Coast. We will sleep in a room where you can hear the sound of the waves and breathe sea surf. The palm trees, the architecture and all those lagoons and canals, remind me of California and Miami.

After two days without pause between airplanes, I’ve lost track of time. We are attended by a blue eyed blond lady at the reception of Mermaid Beachside B & B. A good solid breakfast was all our food today. Dinner will become the star of the day meal.

Just across the street and we are walking on the fine sand. The beach is very extensive; it is miles of coastline where your sight gets lost in the horizon. -”Sir, the only videos I’ve seen shark attacks on surfers are in Australia”, I told the manager before taking the board. “Do not be afraid, you have beginner’s face, I don’t think you’ll go too far from shore,” said the burly athlete with a crew cut, so I just jumped into the water!

After more than four hours of sun and swim, we developed an appetite. We chose to enter the Delhi Darbar, an Indian Restaurant. Spices, scents and super concentrated flavors with rice, spinach, cheese and handmade bread. Truly exotic delights. Good night. 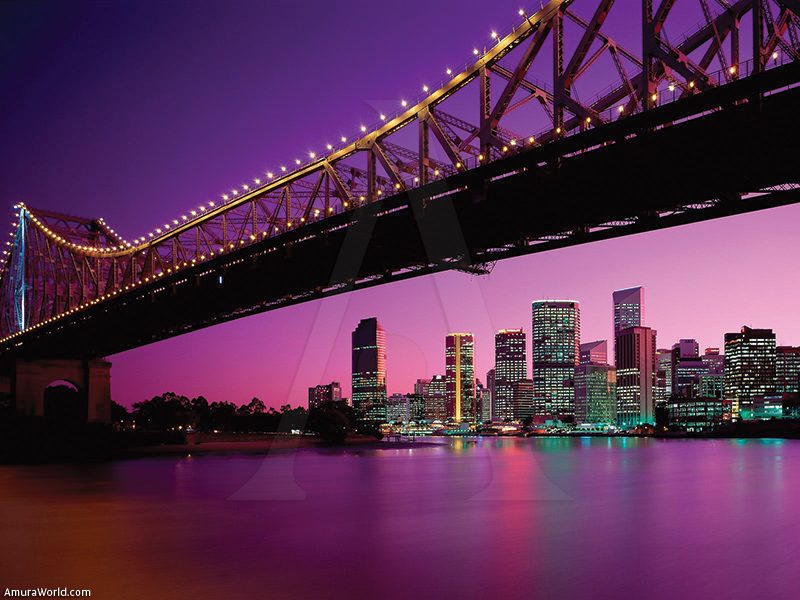 Day 4: After the Humpback

We woke up late. The Coral Sea in the Pacific is stunning, a wonderful view I can spot from my window. For these last two days, this traveler has been transformed into a tourist. Too much improvisation can kill. Goethe wrote:  “I prefer injustice to disorder”. These two days will be completely programmed, we shall take two tours. We will depart from our charming chalet to our expeditions.

It’s whale-watching day! After breakfast a taxi takes us in 15 minutes to Southport.  It is here where we will take the boat to spot the large mammals. The trip is made on a middle length boat, the “Explorer”. The Captain sails along the coast and leads us to about seven miles offshore. He explained that this area is a passing aisle for the “humpback whales”.

And in the midst of the conversation, a miracle!

In the distance, we could see the breath of a whale, that characteristic jet spray crackling through the top hole. A humpback whale is about a half mile away. It moves slowly.  We also see some curious dolphins approaching the boat, it is not clear whether we observe them or they observe us with a watchful eye. It was a three hour trip in the “Explorer”, a fantastic experience. Back at our hotel, it is time for a swim at the beach. We will review the photos we have collected in this trip. We go to bed early, next day we have to get up at 6:30 am. 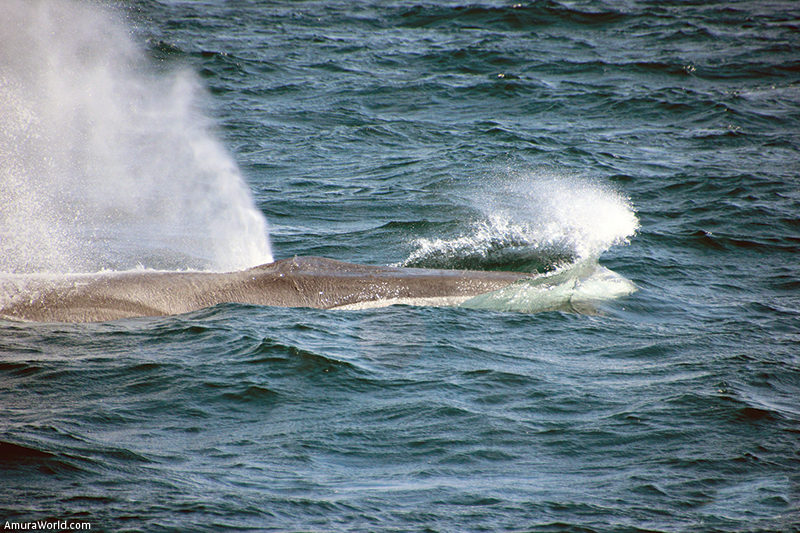 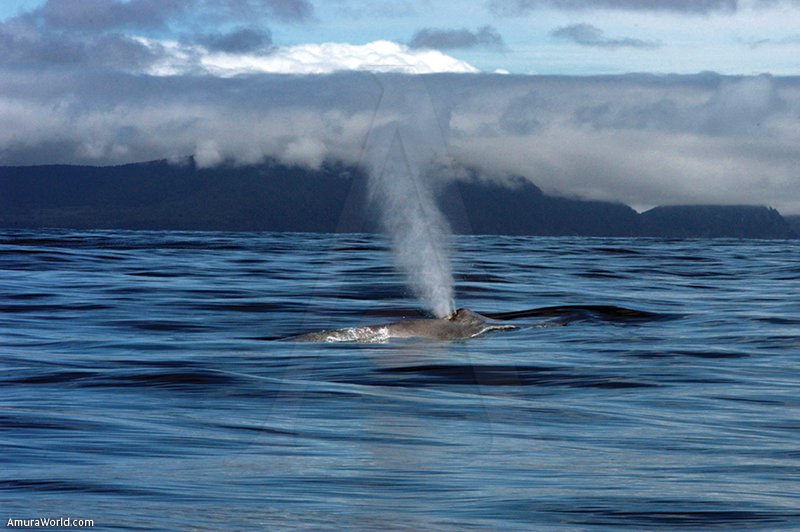 During our last day, we take our second scheduled tour. We visited the Jellurgal Aboriginal Cultural Centre, a theme park very near Mermaid Beach. We are curious to discover the original spirit of this land, their customs, art, crafts, and the more primitive way of life in Australia.

The Aboriginal Centre is perfectly integrated with the nature of the area in the Tallebudgera Estuary. Local Ygambeh tribesmen welcome us with a traditional dance of fire –or smoke, I can’t tell which would be the most accurate definition. The attitude of the semi-naked natives wearing paint on their bodies is friendly and benevolent. Do you want to know what really caught my attention? The boomerangs; yes, the Australian Aborigines were the creators of the boomerang, that contraption with which many of us played in our childhood, it once was employed as a hunting tool and weapon of war.

At the cafeteria they serve traditional food, so we try it. We were recommended to go to the “Bush Tucker”, which has a menu that refers to the local wild fruits and vegetables. The girl at the counter tells us of the rich Australian cuisine, with berries, spices, lean meat, kangaroo meat, emu, etc. The Aboriginal people seem to profess a deep respect for Mother Nature. 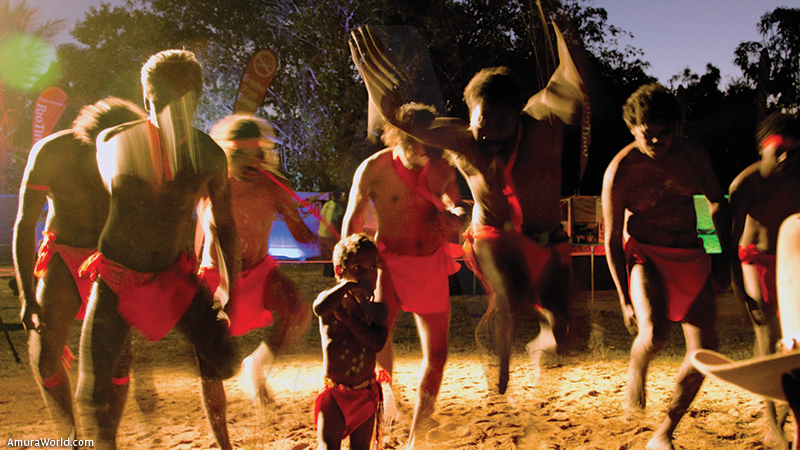