Sailing with a Hard wind

■ in sailing, we consider a “hard wind" one that reach- es close to 20 knots. How can we tell if we have a hard wind? when you bear off. right after leaving shore, you have to balance the boat and if you are still listing and the sail sounds like it is going to break, then the wind is over 18 knots.... a very sim- ple way to assess its speed.

■ Something that is essential is to be ready for the whole day with the right equipment and clothes. A cold, windy day with a badly equipped boat, without boots, etc.. can be a major disaster, in other words, it is almost impossible to race a good regatta in these con- ditions. with these winds, and to handle the boat cor- rectly. you have to make many quick, sure movements so you must use comfortable clothes and boots so you are not a “bundle" of garments that limits your actions. If you check the boat well, you can concentrate on the regatta Go over it several times before leaving, put locks on the shock cords and take along a few replace- ments in the flotation device.

■ On days with a hard wind you have to be alert at all times and with your level of adrenaline at its high- est. You must move quickly and surely, dominating, with your body weight, all the boat's movements. Ticking is quicker than on days with little wind and you have to choose where to do it. for instance, avoiding a huge wave or a violent squall.

■ Usually, jibing is a common problem. This is when you can see how good someone's technique is and especially, his or her personality. The idea is to keep the wind exactly at your stem during every moment of your jibe, with good speed, surfing if possible, and passing the sail with your hand. The blow of the sail on the bow makes the boat luff and this must be countered aforehand with a drift. Once we are on the other side we can luff in a new direc- tion. with practice, this becomes fast and safe. 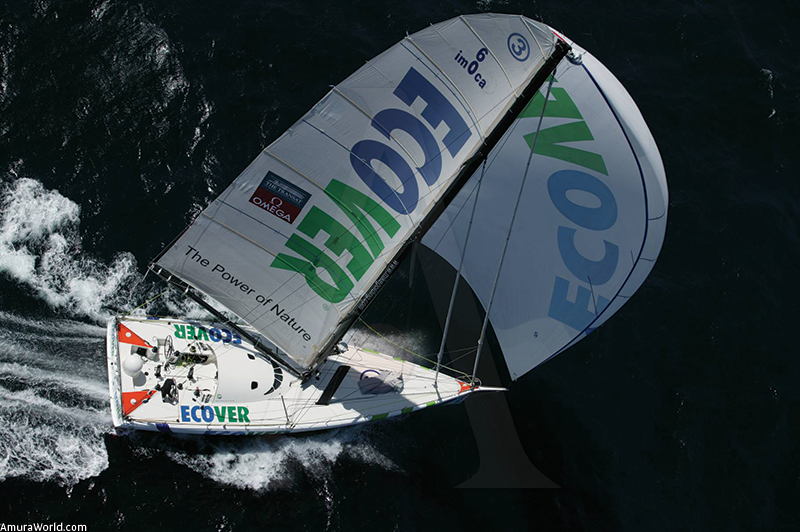 ■ The Dusky, a dark dolphin frequently found in the Patagonian area of Argentina, is known for perform- ing the most spectacular leaps, it does amazing acro- batics. whirling or somersaulting in the air several times before noisily plunging into the water. This is why it is inexplicable that they cannot escape when they get caught in floating fishing nets. One theory is that dolphins associate these leaps with a game and are a sign of their good mood. Therefore, when they are stressed, they do not comprehend that their acrobatics can be a way to escape.

■ Once a month the sun and moon are lined up and this is when the oceans are attracted by the com- bined forces of the two and the tides are strong. The phenomenon is called "live tide" and it is espe- cially interesting to fishermen and to those who like to stroll along the beach.

■    Even though asteroidea (starfish) have lived in all the seas of the world for more than 500 million years, their evolution is an enigma, if a starfish is attacked by a predator and looses one of its arms, the limb regenerates, only shorter, if the arm is not eaten, it continues to live but will die about a month later because it cannot move or trap food. Even so. when one of the species of the Linckia family looses an arm it has the capacity to regenerate and does so by pro- ducing four new. shorter limbs. These special indi- viduals are known as “comets". 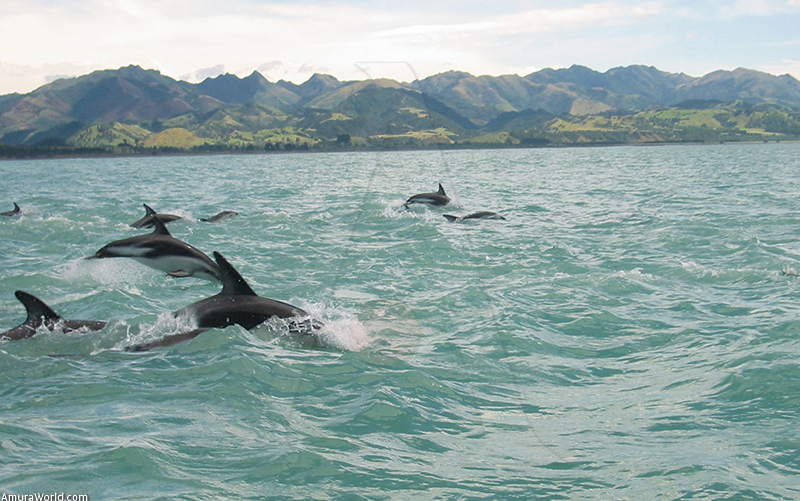