Gardel, King of the Tango

“Little road that was once Bordered by clover and blooming reeds, A shadow you will soon be, A shadow, just like me…”

Shadows which have endured because El Caminito, Carlos Gardel and the tango are fixed in the heart of every Argentinean. Born around 1880, the tango was considered a vulgar music and dance that belonged to the suburbs of the capital. They say it started in a little nightclub in La Boca and that it became the music of the first porteños, residents of the port who were the sons and daughters of poor European immigrants. It expresses the sadness, desperation, anxiety, cursed loves and all the drama and hardships of the porteño.

Gardel was born in France on December 11, 1890, and arrived in Buenos Aires when he was three years old. That is what history tells us, but legend has it that he was born in Buenos Aires, though others say it was in Uruguay. After singing duets with José Razzano, he began his solo career in 1917 and, even though he was ignored by high society, he enjoyed enormous popular success due to his charm and allure. His fame spread to Latin America, where people never missed any of his movies. By then, the elite in Buenos Aires, who had previously been appalled by the tango and its sensuality, finally succumbed and became addicted to Gardel. It was he who single-handedly spread the tango around the world, his smile was famous, his voice unmistakable and women fell in love with him. When he died in a plane crash in Medellín, Colombia, in 1935, women in New York and Buenos Aires tried to kill themselves in front of his photo, where his smile was frozen for all eternity.

His funeral in Buenos Aires was a national event and mourning was international. The “Zorzal Criollo”, as he was known, became an icon, a god and, even today, people visit his tomb every day to bring him flowers and be close to this male icon of the tango 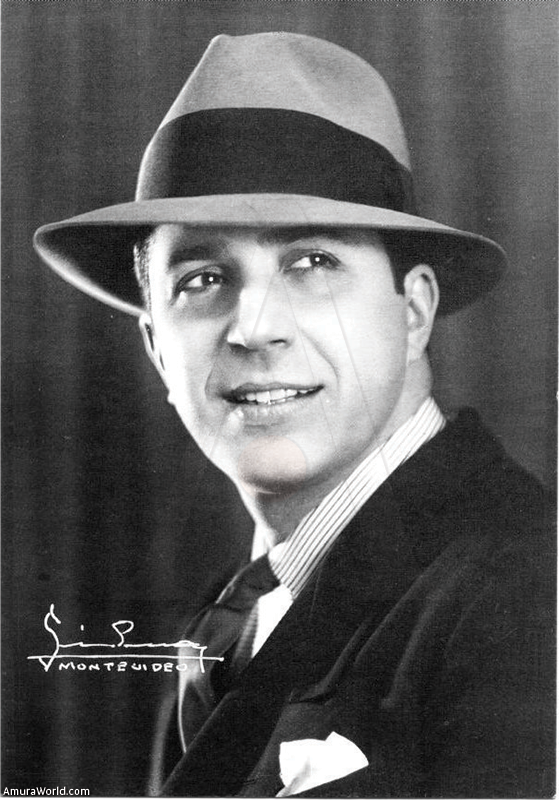