In 1998, the Mexican government declared Parque Nacional Huatulco a Natural Protected Area in the Diario Oficial de la Federation (the government's official gazette). This was done to preserve the natural and cultural resources of the southern coast of Oaxaca, especially in the municipality of Santa Marfa Huatulco.

With this declaration, the protection of more than 413 species of plants. 130 species and subspecies of mammals. 291 species of birds, approximately 72 species of reptiles and about 15 species of amphibians, that represent a large amount of the landscapes, plants and animals that make up part of the heritage of the region, the country and the world, was guaranteed. This was also done to promote the implementation of scientific, educational, recreational and cultural activities in order to preserve, restore, manage, rationalize and sustain. 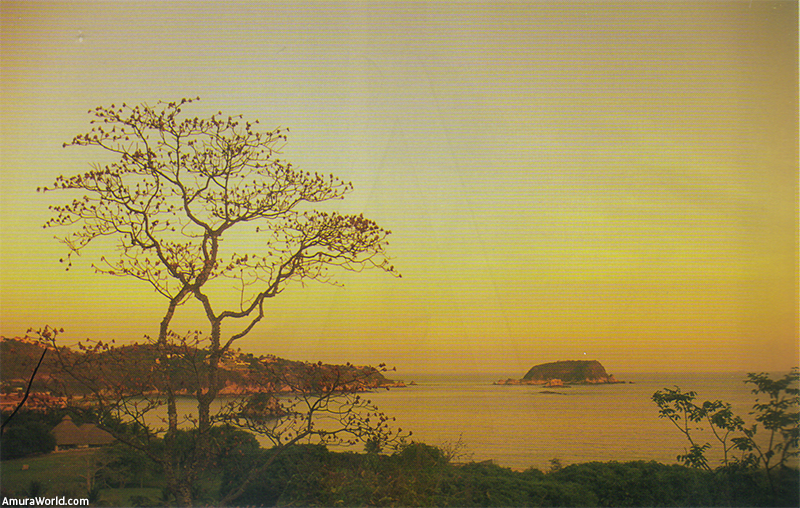 In addition, Huatulco's natural riches, a place which, as was mentioned before, means “place where wood is adored” has a great number of unexplored archeological sites which were the cradle of the Mixtec and Zapotec civilizations, without overlooking nearby Monte Albán and Mitla.

Huatulco was founded 1,500 years before the arrival of the Spanish. It is a place swathed in legend, including the adoration of the cross placed in Santa Cruz Bay (believed to be by Saint Thomas), the attacks of the English pirate Thomas Cavendish in the year 1587. History is also present, beginning with the fall of Great Tenochtitlan. Capital of the Aztec empire, to its conversion into a port of entry for trade on the Pacific. It was. as well, the scene of the betrayal and surrender of the liberator Vicente Guerrero during the War of Independence on the beach now known as La Entrega, extending to our days when, in 1983, it became an Integrally Planned Development.