A Paradise Yet to be Discovered

Loreto, the ancient capital of the Californias and the first permanent mission founded by the Jesuit priest Juan María de Salvatierra, on October 25, 1697, is framed by a wonderful landscape comprised of the Sierra de la Giganta mountain range, the desert and the Sea of Cortez.

Located on the east coast of the central part of the Baja California peninsula, 138 km (85 mi) from Ciudad Constitución, 350 km (217 mi) south of La Paz and 135 km (83 mi) south of Mulegé, the city displays, among its cobblestone streets, beautiful, conservative, colonial architecture among which the most outstanding, for their historic and cultural interest, are the San Javier Mission and the Mission Museum. 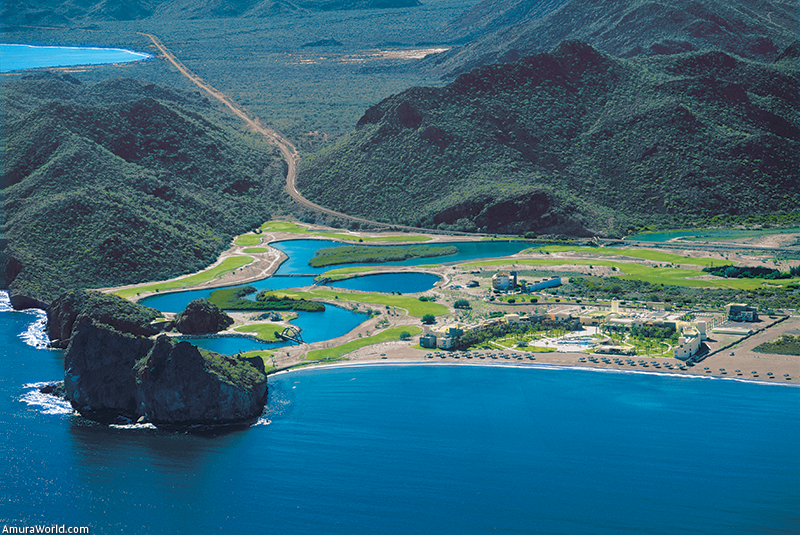 Furthermore, all these islands are ideal for fans of sports fishing, scuba diving, sailing, ecotourism and those who simply wish to enjoy the tranquility of the beaches.

Loreto is a place that attracts people seeking contact with nature, water sports, the adventure of taking the Baja 1000 highway to go whale-watching, see cave and rock paintings and colonial missions.

Also, because of its climate, infrastructure and relative isolation, it is ideal for relaxing and forgetting some of the pressures of everyday life.

Yesterday, Loreto was the first capital of a territory that reached from the Californias to Texas, including Sonora, Sinaloa and Coahuila. Today it is the heart of that natural paradise: the Sea of Cortez.

Discovered by accident at the end of 1533, the history of Baja California is founded in ambition, scientific curiosity, missionary zeal and a defiance of nature. 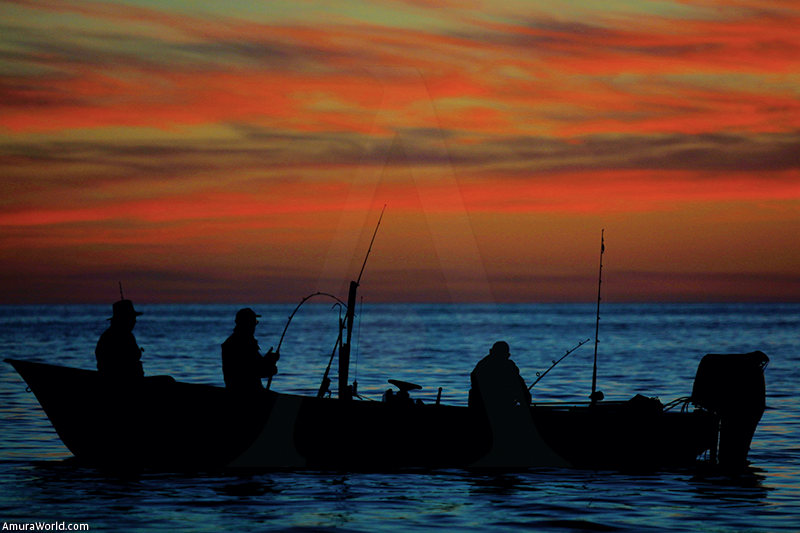 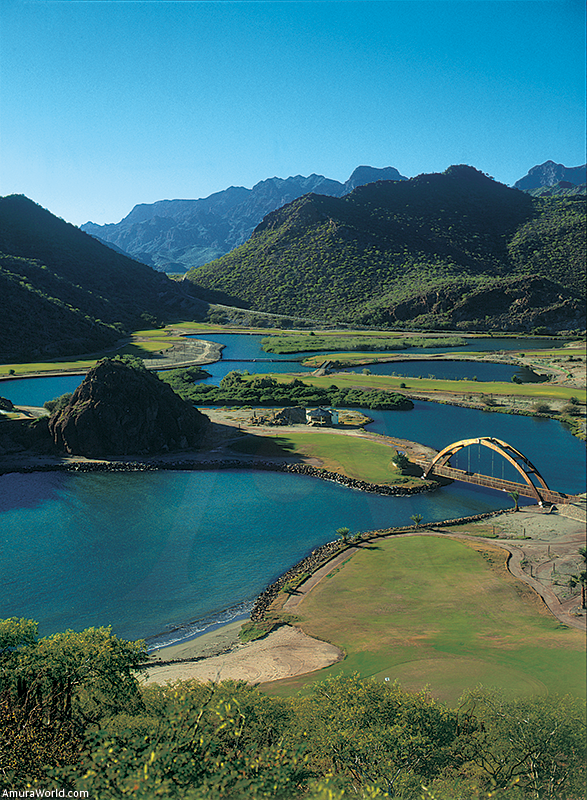 For over 150 years it was thought to be an island and several expeditions arrived there in search of the pearls that made it famous from the start. All failed because of the difficulty of getting supplies, the resistance of the Indians and pirate attacks, until October 25, 1697, when Juan María Salvatierra established the first permanent settlement by founding the Our Lady of Loreto mission, a precursor to colonization.  It was the capital of the territory until 1829, when an earthquake destroyed the city and the capital was moved to La Paz.

However, another 150 years would have to go by before Loreto was fully integrated into the country’s development, when its airport was built and the transpeninsular highway was paved.

How to Get There?

The International Airport, located just a few miles from the city, makes it easy to get to Loreto. It is served by Aeroméxico, AeroCalifornia and Alaska Airlines flights from San Diego, Los Angeles, Phoenix, Tucson, Mexico City and Hermosillo, among other destinations.  Loreto is also a port of call for Holland American and Cruise West lines.

By land, with the desert as a setting, you can arrive via the transpeninsular highway, which starts in Tijuana and ends in Cabo San Lucas.  From the U.S. border it is 700 miles to Loreto, a distance of about 18 hours. 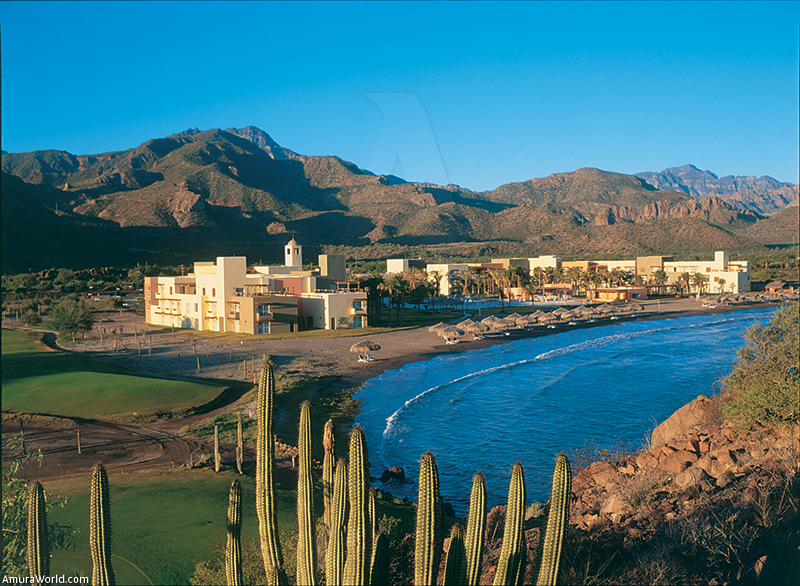 By boat, beautiful Puerto Escondido, on the Sea of Cortez, is only eight minutes south of Loreto. It is the perfect place to dock your yacht and then visit other nearby marinas, including Santa Rosalía, Don José, Palmira, La Paz and Cabo San Lucas.

Although Loreto does not have a very large marina, it does have a small port that caters to tourists and fishermen, and the waters of the Sea of Cortez are ideal for sailing and visiting the numerous islands that line the coast.

In Puerto Escondido, 25 km (15.5 mi) south of Loreto, there is a marina where sailboats, yachts and medium-size cruise ships can anchor.  It has fuel and water supplies. 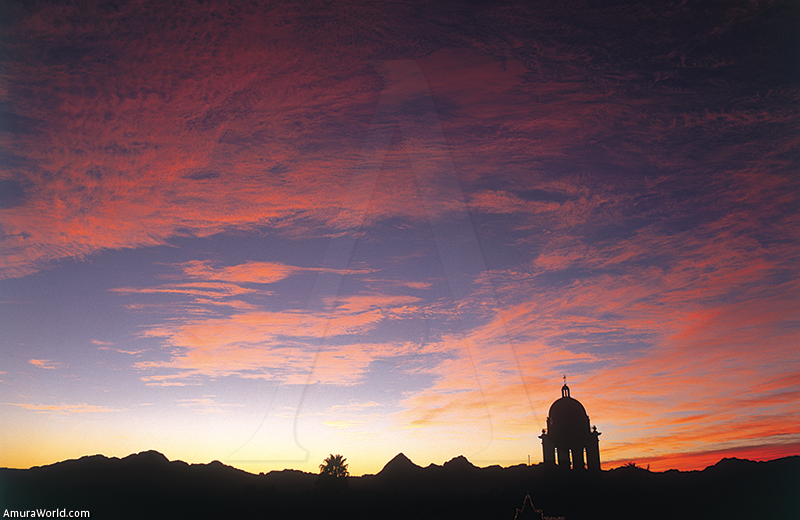 The Birth of a Fully Planned Resort

It all began in the 1980s, with a corridor made up of the traditional town of Loreto, the Nopoló tourism zone and the Puerto Escondido marina. Its natural markets are the United States, Canada and Europe.

Today, Loreto, Nopoló and Puerto Escondido make up part of an ambitious Fonatur (Mexico’s tourism promotion agency) project to develop these three places into the Sea of Cortez’s most important tourism destination. 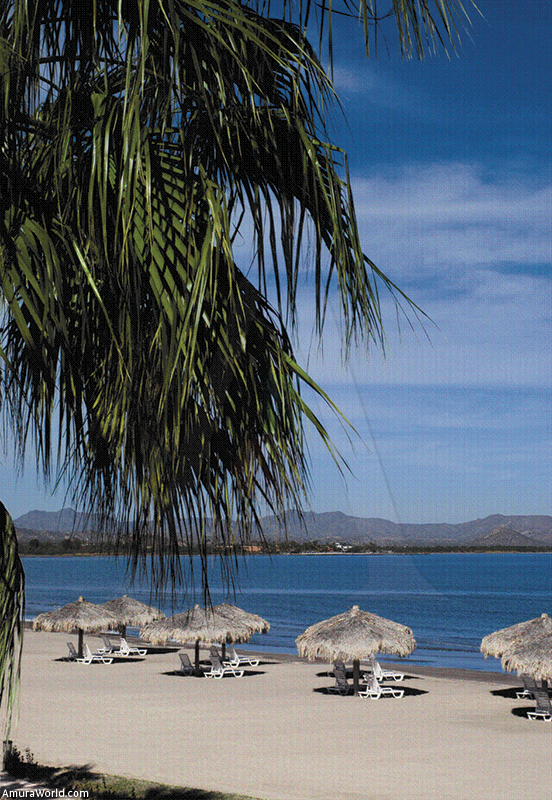 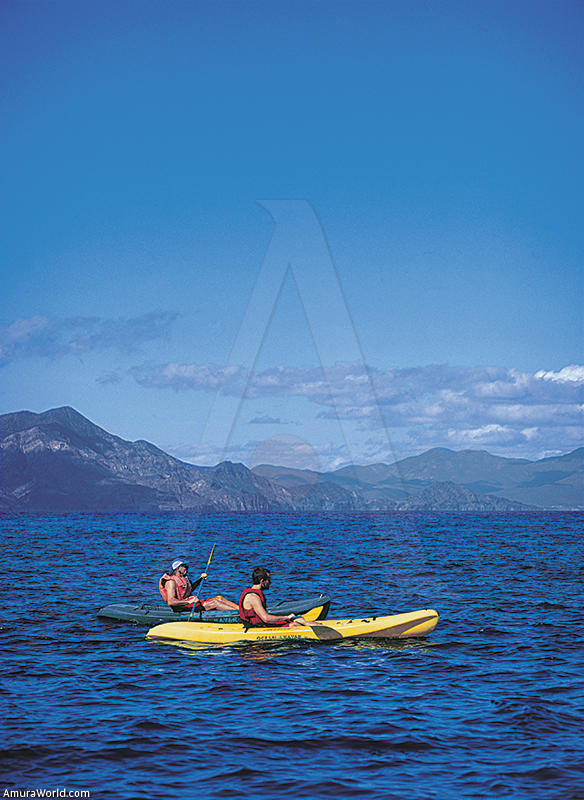 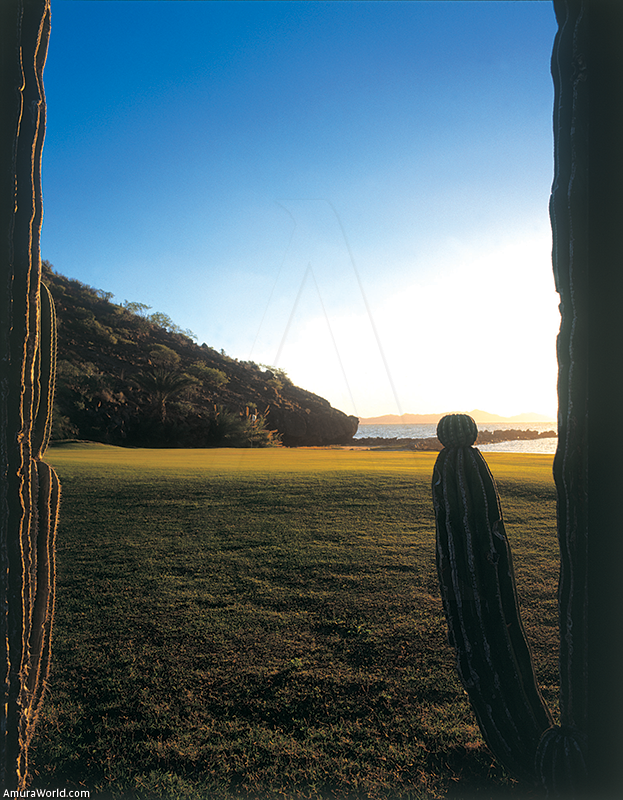 Loreto is a natural paradise that holds out marvelous opportunities for enjoying the sand, sea and sun. Nopoló, Puerto Escondido, Bahía de Concepción, Puerto Agua Verde and Juncalito are among the most popular beaches.

Furthermore, between Loreto and La Paz are the craggy cliffs of the beautiful Sierra de la Giganta. It is about 250 km (155 mi) long and its varying heights are a challenge to those who love mountain climbing, hiking and camping.

It is a symbol of the Californias because its varied rock formations seem to watch over the towns and coasts of the region. This mountain chain extends along the coast of the Gulf of California, from Concepción Bay to La Paz Bay.

As you can see, Loreto offers a wide variety of natural settings for enjoying numerous activities and adventure sports: fishing, kayaking, scuba diving, snorkeling, sailing, tours of the missions and rock and cave paintings, or watching the grey whales during the season.

It has a hot, dry climate and an average annual temperature of 24 to 32 degrees Centigrade (75 to 90 Fahrenheit), with two important seasons: November to February marks the arrival of aficionados of kayaking, ecotourism and whale watching; March to September is the best time for sports fishing and scuba diving.

The natural setting, which combines sea, beach, desert, mountains and a natural wall of five islands, is unsurpassable. The surrounding desert is home to unique species of flora and fauna. Its warm waters house species like marlin, dorado, yellowtail and dolphins. 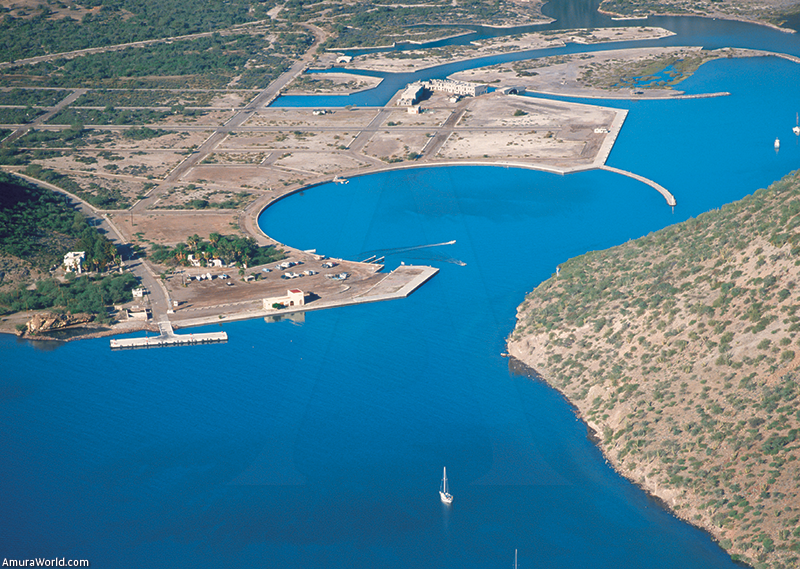 Few marine areas in the world have the importance and biological richness of the Sea of Cortez (Gulf of California). Because of their ecological worth, Loreto Bay and Espíritu Santo Island have been classified among the most important areas of the region.

The waters of Loreto Bay and Espíritu Santo, with their islands, wetlands, lagoons, mangroves and beds of sea grass, are home to plentiful examples of wildlife, both on land and sea.

In this reserve are 38 species of plants and animals that unique in the world.  The Espíritu Santo archipelago protects 1,200 species, and the chain of five islands in Loreto Bay is home to 29 species of marine mammals, more than any other part of Mexico.

The area welcomes 15 species of whales, 17 of marine birds and five of turtles, among them the endangered black turtle (Chelonia agassizi), that finds its food in the beds of sea grass. 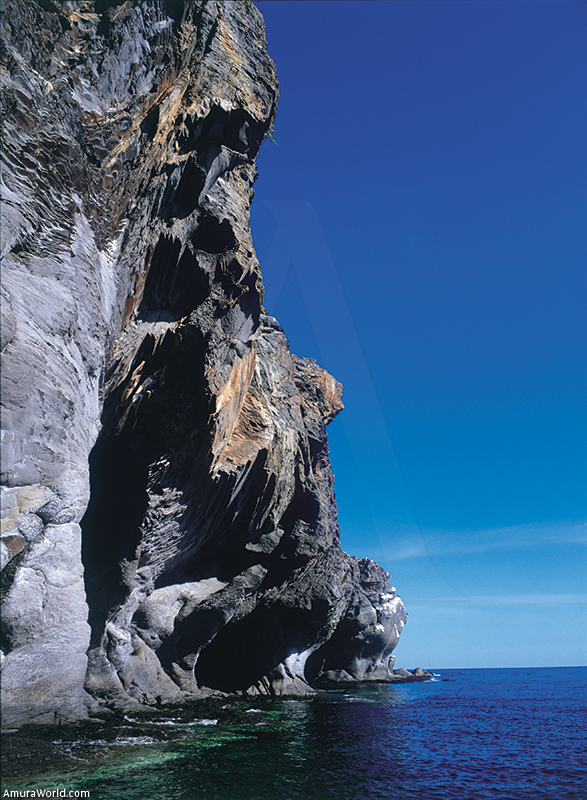 Today Loreto, with close to 13,000 inhabitants, is a pole that is attracting tourism and economic development in the region. It has important infrastructure: an international airport, telephone station, electrical power substation, sewage treatment plant and sufficient roads to connect the entire development. There is a 9-court tennis center and a stadium that holds 280 spectators; an 18-hole, par 72 golf course, ranked as one of the most beautiful and most difficult to play, especially for its stunning 14th hole (par 3, 220 yards) that crosses an estuary.

Fonatur’s Loreto-Nopoló Golf Course was designed by Mario Schejtnan, and blends in harmoniously with the natural setting that is made up of the Sierra de la Giganta mountain range, semi-desert areas covered in cacti, mangroves, the headlands of Punta Nopoló and the Sea of Cortez.  The course also features four artificial lakes. 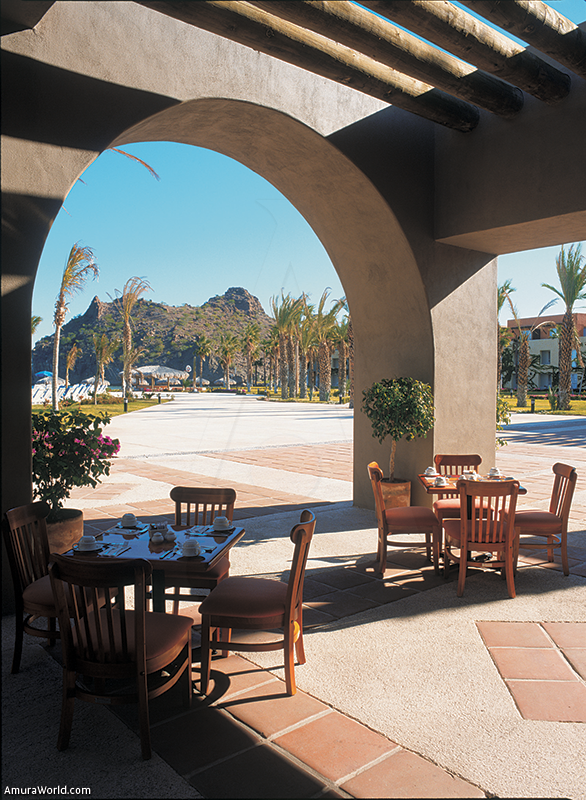 At the end of 2005, Compañía Loreto Bay and Citigroup Property Investors announced a joint venture consisting of purchasing the 155-room Hotel Camino Real, located near the historic fishing town of Loreto.

The hotel, whose new name will be Inn at Loreto Bay, was acquired, through a public bid, for 15.1 million dollars from Fonatur. Loreto Bay includes the Beach Club and Golf Course, as well as a shopping and entertainment area.

Neighboring Villas de Loreto Bay, being built along 4.8 kilometers (3 miles) of Sea of Cortez beachfront, will provide the complementary amenities of a residential development. 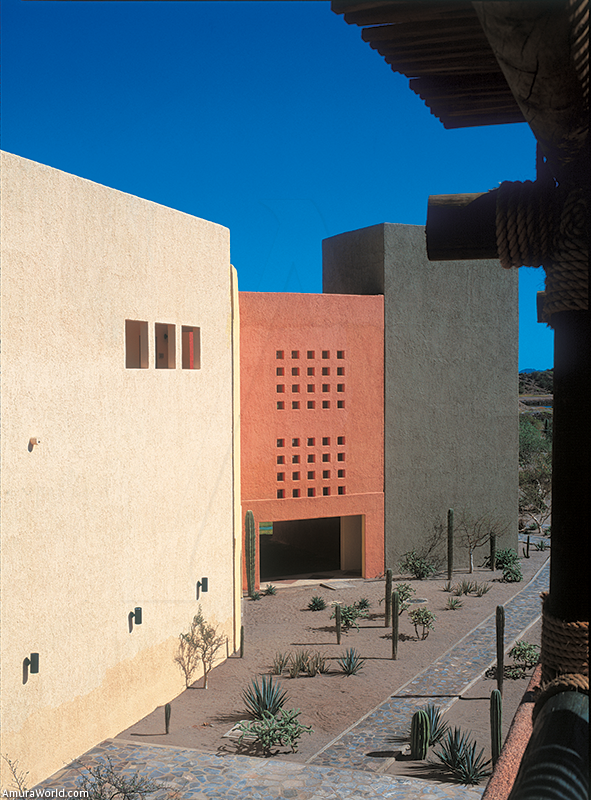 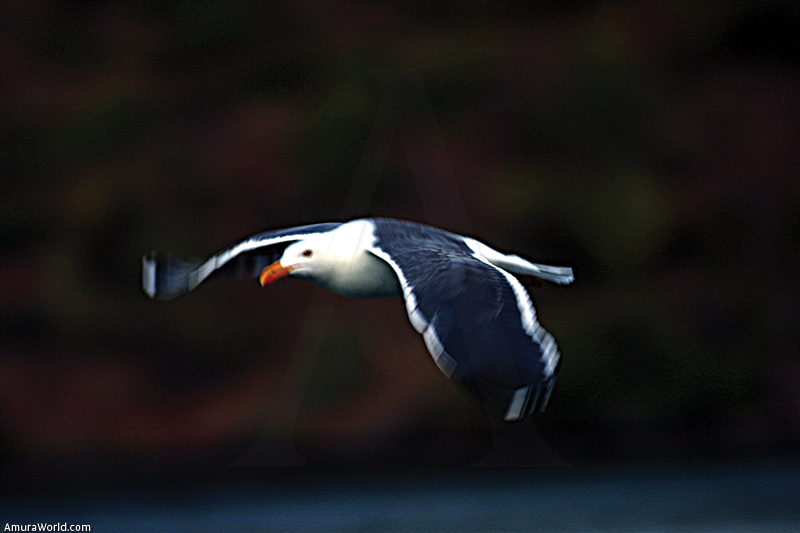 “We have been clients of Camino Real for over two years, since we launched Loreto Bay, and we are beginning to build our residences in ‘Villa de los Fundadores’.

“This prestigious hotel now provides important resources and amenities to the owners of residences and tourists who visit it”, said James J. Grogan, president of Loreto Bay.

The Loreto Bay master project, involving an investment of 3 billion dollars, to be built over a period of 15 years, consists in constructing 6,000 residences in a pedestrian neighborhood within a community designed to protect and enhance the natural, social and economic setting, using a method known as “sustainable development.”

The focus on sustainable development was what impressed Citigroup and contributed to its decision to participate in the venture.  Through a transition agreement with Fonatur, the prior administration remained in place until January 1, 2006. 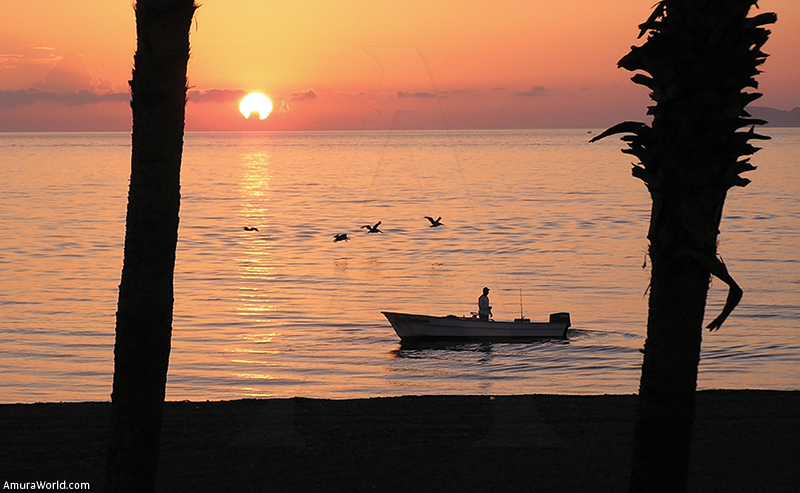