The 19th century was synonymous with France’s social decadence. Elegant, extravagant and explosive, the “Belle Époque” was a witness to radical changes in fashion, art, architecture, technology and tourism. Paris was the center of this movement and in a short time became the most popular destination for the jet set of that that era.

The Edouard VII hotel was the answer to the popularity enjoyed by Paris. Built in 1877, with the style and influence of “Haussman” architecture, the hotel featured the luxury, opulence and elegance that its guests required. 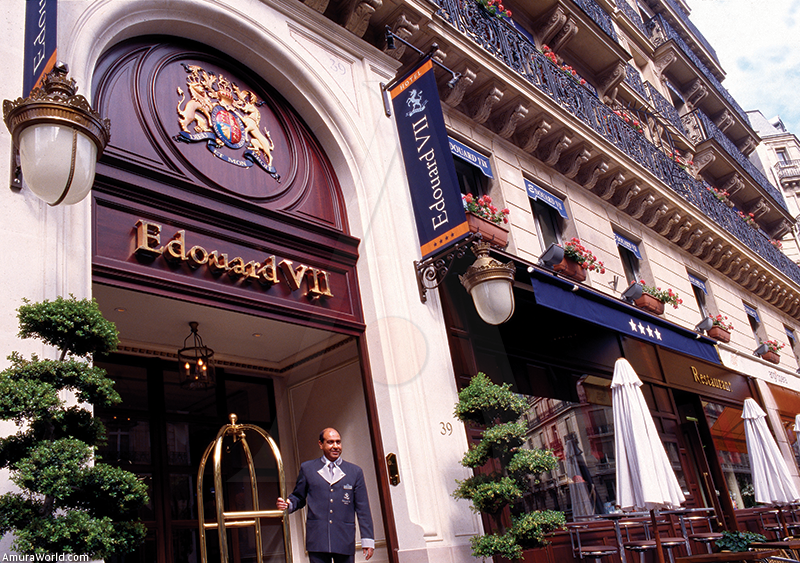 The Prince of Wales was one of the hotel’s most eminent clients and when he inherited the crown and became Prince Edward VII, the hotel’s owners, wishing to honor their dear client and friend, named it “Hotel Edouard VII”.

The Edouard VII is excellently located on Avenue de l’Opéra, and is the only hotel situated on that Avenue amongst  the best restaurants, boutiques, theaters and art galleries.

The décor of the hotel was made  by the renowned French architect F. Foucaut. Its concept features a blend of modern and traditional details which bestows the building with a unique exclusivity.  Saint Croix marble, hand-carved wood and  gold and silk fabrics are some of the materials chosen by Foucaut for the lobby, the restaurant, the bar and the luxurious rooms. All the rooms feature a sumptuous bathroom and first class amenities like slippers and bathrobes.

The hotel’s restaurant is operated by Chef Gilles Choukroun, a one star Michelin winner, known for bringing to the table  eclectic and original flavors.

In addition to its elegant rooms and opulent suites, the hotel also has two meeting rooms and an Internet center.  The Edouard VII hotel is a wonderful place to stay, whether you are on a business trip, a romantic getaway or a family vacation. It offers excellent service, the best location and world-class cuisine. 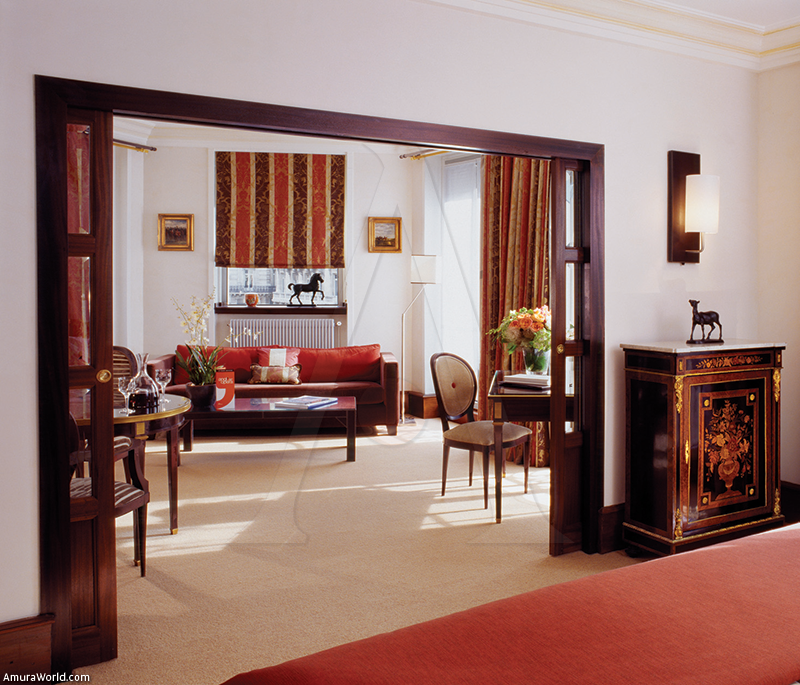 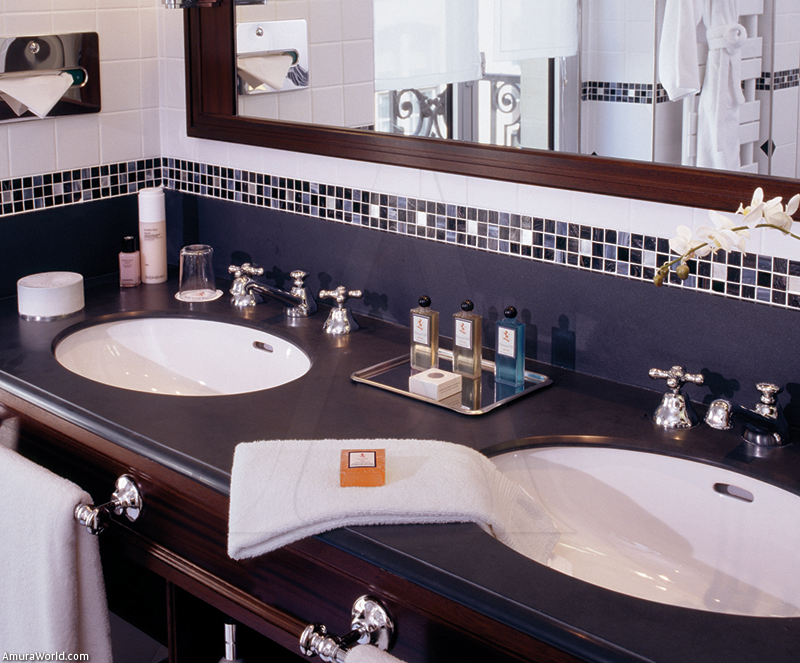 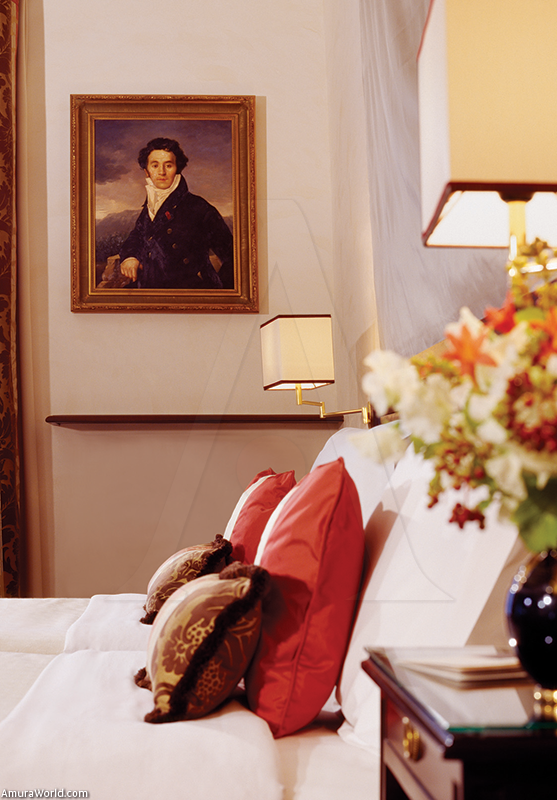