Among Baja California’s greatest attractions are its missions, the first of which was founded in 1697 in Loreto, a town located 580 km (360 mi) north of Cabo San Lucas. The Jesuits founded a total of 18 missions, but today only half of them are open.

The San Ignacio de Loyola Mission features four statues on the façade, a wooden pulpit, a gilded altarpiece and eight oil paintings dating from the 18th century. Another is Santa Rosalia in Mulegé, where there is a statue honoring the town’s patron saint.

Next is San José de Comondú, where a chapel has been restored and two 17th century and one 18th century bells have been preserved. There is also the San Francisco Javier mission, whose stone church was so well built that, although it has been almost abandoned, the structure is still in perfect condition. 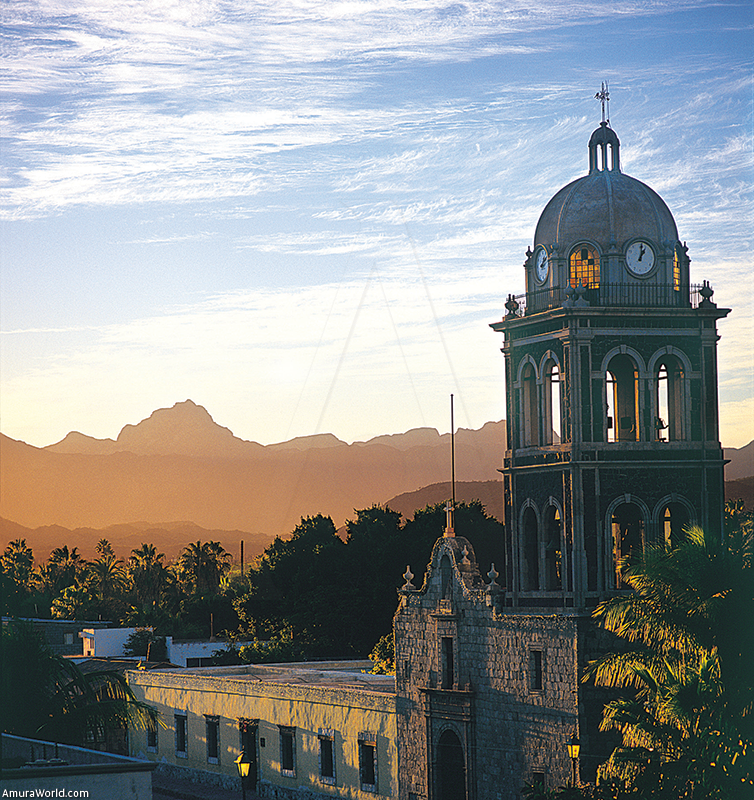 Our Lady of Loreto has been in constant use even though, in 1829, a tropical storm damaged both the church and the destination, which no longer was the capital of the state. It contains an altarpiece with five oil paintings, a bell, crucifix and the Stations of the Cross, all dating from the 18th century.

Our Lady of Pilar de la Paz is the state capital’s main church and its two towers are easily seen from almost any part of the beach.

The last one to have been recovered is the Santiago de los Coras Mission, in San José Caduaño, another town that disappeared because of its inhospitable climate.