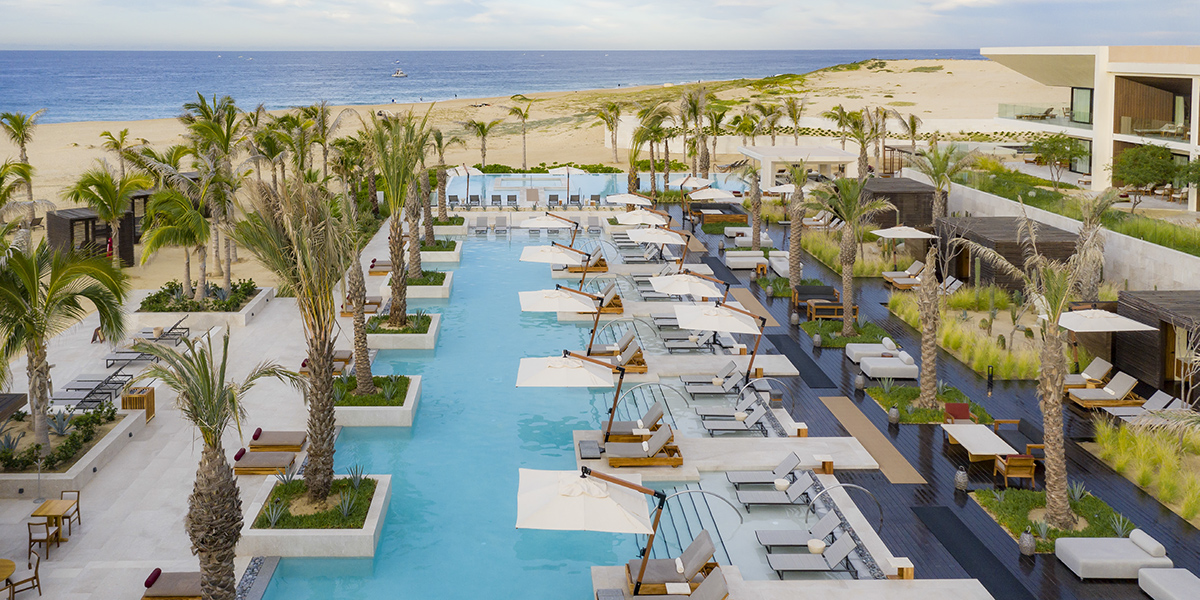 An Eden is the appropriate way to describe Nobu Hotel Los Cabos. It is a place whose beautiful architecture combines Japanese minimalism with the sublime Mexican landscapes.

Nobu Hotel Los Cabos opened its doors in 2019 as a destination where luxury comes to life. Insi-de the hotel we find two contrasting areas: the Cortez zone that mimics its arid surroundings thanks to its endemic nature, and the Pacifico zone with its lush green flora that gives the sensa-tion of an oasis in the middle of the desert. 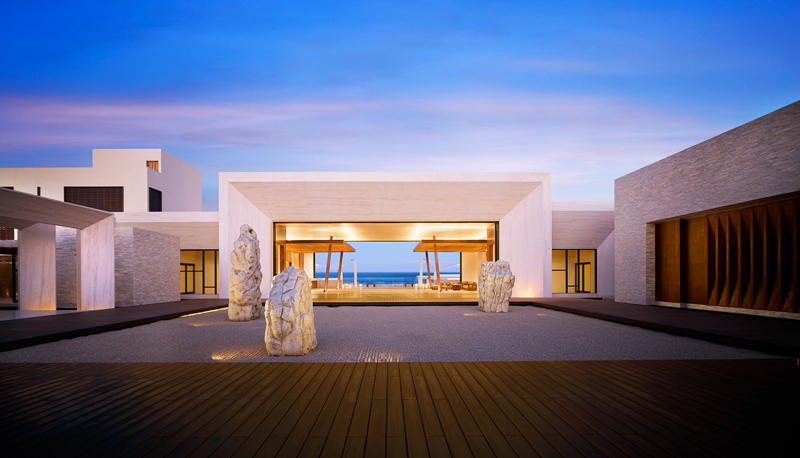 However, the magic of Nobu Hotel Los Cabos goes beyond the beautiful corners of its common areas, as its gastronomic offer captivates the palate of any guest, from farm-to-table style breakfasts to meals full of national and international flavors.

The exclusive Ardea Steakhouse and Nobu Los Cabos, the latter its flagship restaurant, turn every dinner into an unforgettable spectacle. At Ardea Steakhouse, the menu includes a variety of meats and cheeses, handmade sausages, handmade pastas and pizzas prepared in a traditional clay oven. While at Nobu savor rock shrimp tempura, black cod with miso and yellowtail sashimi with thinly sliced jalapeño peppers.

Enjoy craft cocktails while admiring the sumptuous ocean views, lounging by the pool or listening to music. Choose from any of its bars: Nobu Restaurant Bar, Playabar, Pacific Restaurant Bar or Cortez Swim-up Bar 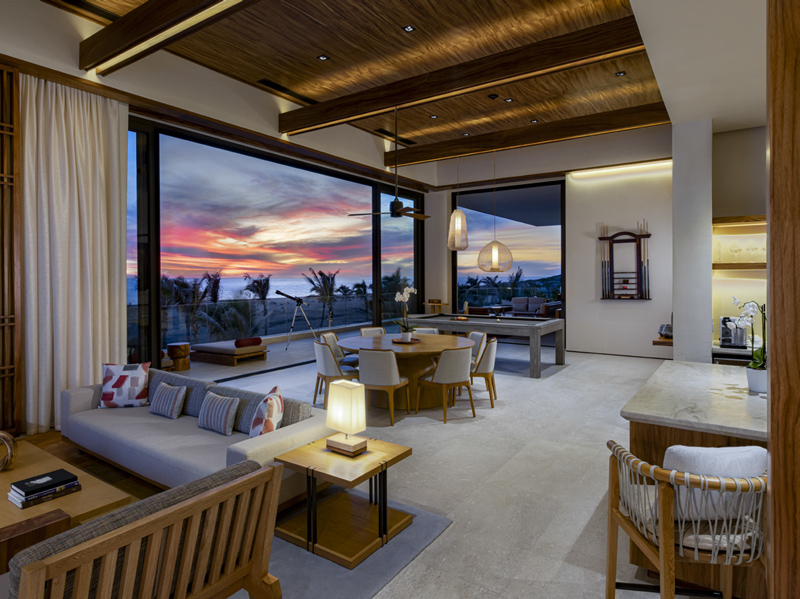 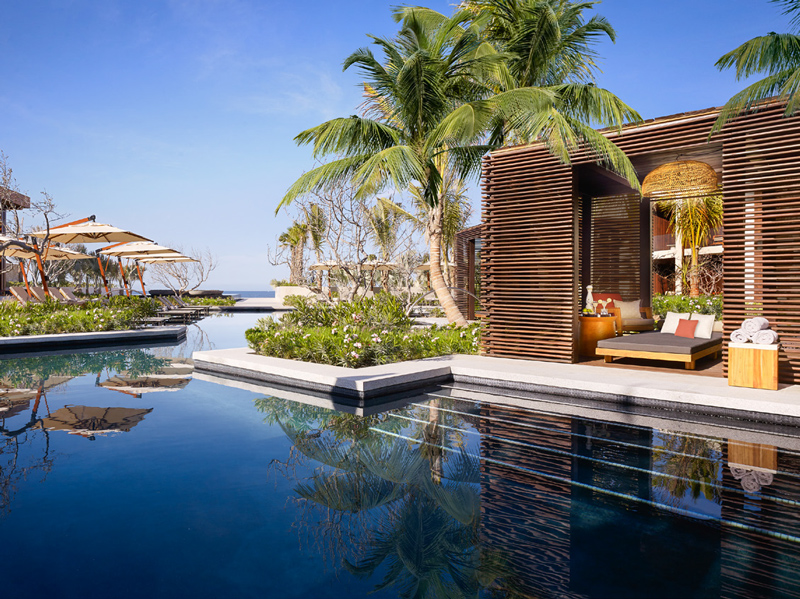 Disconnect from reality and escape to a dream world where you will reach a state of maximum serenity. At Esencia Wellness Spa, a sanctuary for relaxation and meditation, you can choose a treatment, a massage or a hydrothermal ritual in one of its 13 rooms, which will allow you to release all your stress.

Nobu Hotel Los Cabos has become a must-visit destination for the jet set, which has discovered a hidden gem in the desert. 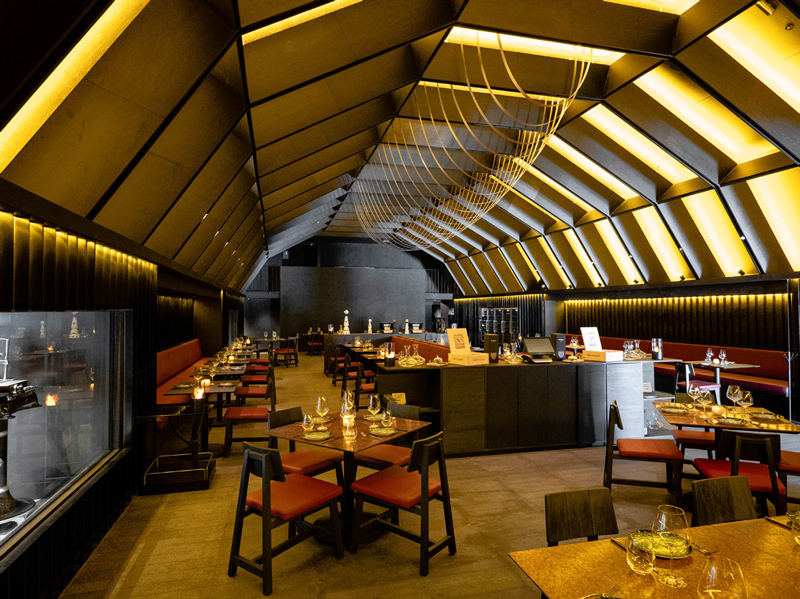 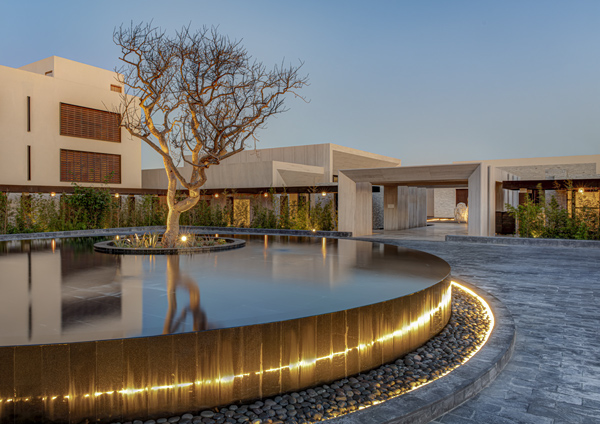