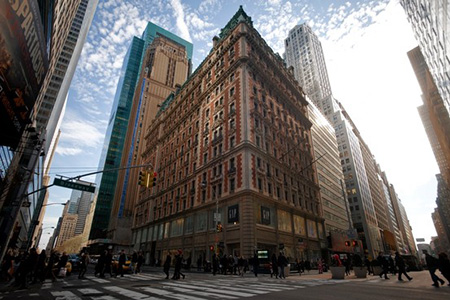 After various changes has been almost 109 years since it opened its doors for the first time, the Knickerbocker hotel located in New York, has been completely restored in detail. The hotel first opened its doors on October 23, 1906 and closed in 1921. Years later, the building changed hands several times. He became office buildings, and housed Newsweek from 1940 to 1959. In 1980, it was declared a historic site and historic monument in 1988.

Jeff David, managing director of the hotel, said that because of the aforementioned titles, the hotel was completely restored in detail, such as copper lion heads around the roof terrace as part of the idiosyncrasy of the place. "We want to preserve the original DNA hotel". "The history of the Knickerbocker is something that most of the luxury hotels can not offer," added the manager.