Some destinies hold within treasures which transcend time; this happens due to their beauty, historic importance, spirituality, local utility or a combination of many factors.

It is impossible to establish a hierarchy order with this wonders that are found below the land, however, we can set the record by naming five of these places that occupy a privileged position in the world.

These are some of the places that are under the crust of our earth, these places are unmissable:

Declared World Heritage by UNESCO, these caves located in the north of Maharastra remained hidden until the XIXth century.  The original idea for this caves to be unburied was offer Buddhist monks refugee to make meditation, prayers, teachings and rituals.  It is unknown if they date from 300 or 600 A.C. but it is common knowledge that their age is quite stunning.  The Ellora caves are dedicated to three dominant religions in India: Hinduism, Buddhism and Jainism; their intricate details are quite unique and mesmerizing, these cave withhold true beautiful masterpieces which truly transmit a deep message of spirituality and absolute peace. 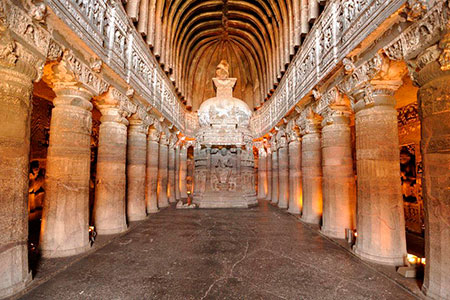 The world doesn’t only own an ancient underground heritage, we can also call upon some portentous examples of magnificent modernity such as this gem. We are talking about one of the globe's most beautiful subways, an extraordinary  palace right under the streets of Moscow. To travel it is imposing.   This is what first-world-country transportation should look like, however, this has only been possible due to long years, a care with no equal and insuperable taste. 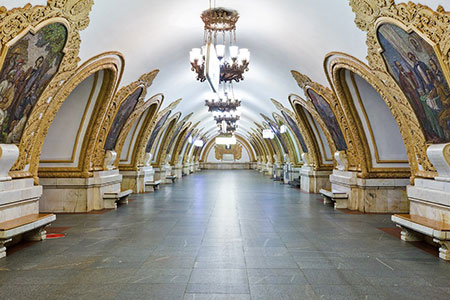 Below Turkey’s surface several submerged palaces can be found, however, this basilic cistern is the largest, most impressive and representative. Built under the Justinian government in the year 527, it’s most attractive features are the head of Medusa carved in stone, mesmerizing mythological creatures and shocking artistry. To walk the cistern under the Istanbul streets is a delight, there is even a special scent that comes from its water, frequently music can be heard and illumination is a major component. 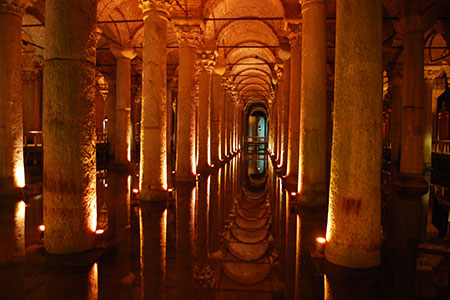 A magical place. It is therapeutic thanks to its combination of curious aromas and temperatures below 327 meters under the earth. These salt mines are the most ancient and functional, they contain saline sculptures, an underground lake and crystal salt chandeliers which illuminate the vast tour of approximately 3 Km. - although the mines are over 300 Km deep-  The chapel of Santa Kinga is found here, it is made entirely of salt. It is important to listen during the entire tour, you will be surprised with the tales that give its vital importance to this temple and salta palace in Poland. 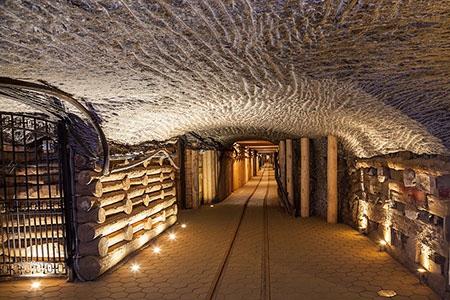 Cappadocia holds interesting and capricious shapes, as above, so below; underground you can find the subterranean city of  Derinkuyu. Although it’s  precise age is unknown, it could date back from one millennium A.C.  However, this labyrinth of tunnels was inhabited by more than 10,000 people; it also served as a refugee from the war between the Arabs and Persians. This place is outstanding and beautiful, secret, filled with unimaginable corners dedicated to the daily life of those who inhabited the cave. It is a great adventure to only think of living here, amongst such detailed and mysterious spaces. 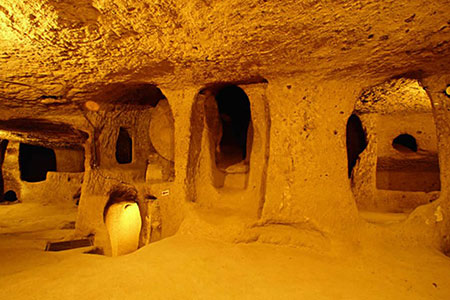