Unique landscapes, mesmerizing  gastronomy, passionate history, mystery, legends or stories of ancient inhabitants and ghosts that roam castles, all this and more is Scotland. Every corner of the country is concentrated in unique details that will make your journey worthwhile; bathed in charming little towns of contrasts and colours, where water paths or “lochs” standout, granting the opportunity of using your sailboat like few parts of the world allow it, give you a chance to visit the famous Loch Ness, home of the mythic prehistoric creature.

Come with us and meet the places you can’t miss! 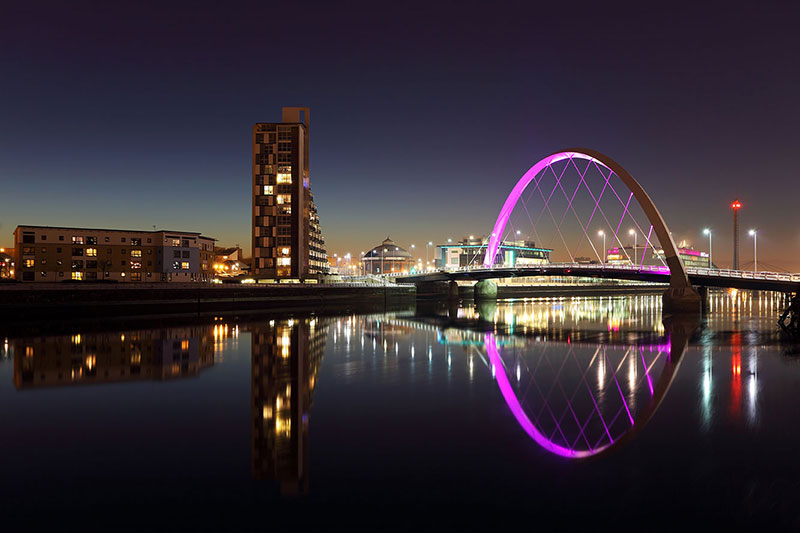 This is the most cosmopolitan city of Scotland, it gathers several features of a great destination; it possesses a grand architecture, culture, art, nightlife, modernity, lifestyle, shopping, avant-garde gastronomy and a never ending etcetera. For whiskey lovers, it is a jewel of flavours; the ancient Glengoyne distillery offers some of the best tours in the country, it also has a vast selection and in it, it is possible to create your very own whiskey, which will be valued by the distillery's taster.  If it were to result successful, your whiskey will be produced under the name and with the permission of it’s creator, you will be able to take at least a copy of your elaboration.   The museums and galleries are too many to visit in only one trip, but without a doubt it’s worthwhile to explore at least three of them, specially the Riverside Museum, designed by Zaha Hadid. In 2008, Glasgow was named The City of Music by UNESCO, thanks to it’s musical heritage in the Scottish scene focused here. Each year 127 musical manifestations are organized weekly, they have an ample spectrum of styles throughout the city. By the way, if you pass the Statue of Wellington, located on Ingramla street, in front of the Modern Art Gallery, a curious sight can be seen; a traffic cone is on the sculpture’s head. This monument was made in memory of the Duke of Wellington, it was created by the Italian Carlo Marochetti and funny thing is, it has turned into a city emblem, thanks to the following “citizen apportation” which almost falls in the category of vandalism and a very fortunate humor. It is currently a must-see in Glasgow. Of Course authorities would take the traffic cone of the Duke’s head, however, the locals applauded the act and the object would be seen once again on the same place. 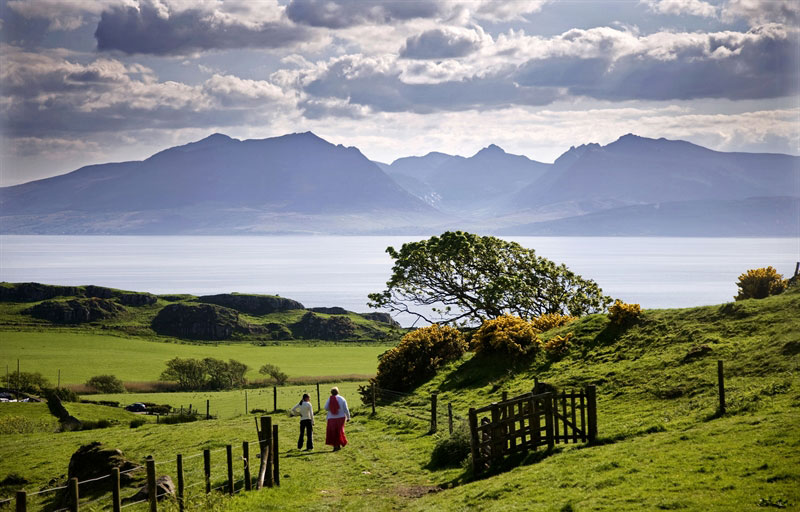 All Scotland is represented by the small island located 30 Km away from Glasgow. Hiking  it’s highest peak, -called Goat Fell-is an activity that gives you the opportunity to appreciate the greatness of the entire aisle, it’s also an amazing exercise at any age.  The neolithic stone circles are a forced stop, specially Machrie Moor; this is one of Scotland’s mysteries, it’s also an excellent walking route where legends and speculation about these rock formations flow freely amongst the locals, some of these stories even involve giants. What definitely doesn’t go unnoticed is the landscapes that form this small island, with the best of the Highlands of Scotlands, besides experiencing the charm the town which is excellent for eating and walking, an idyllic destination for any traveller. 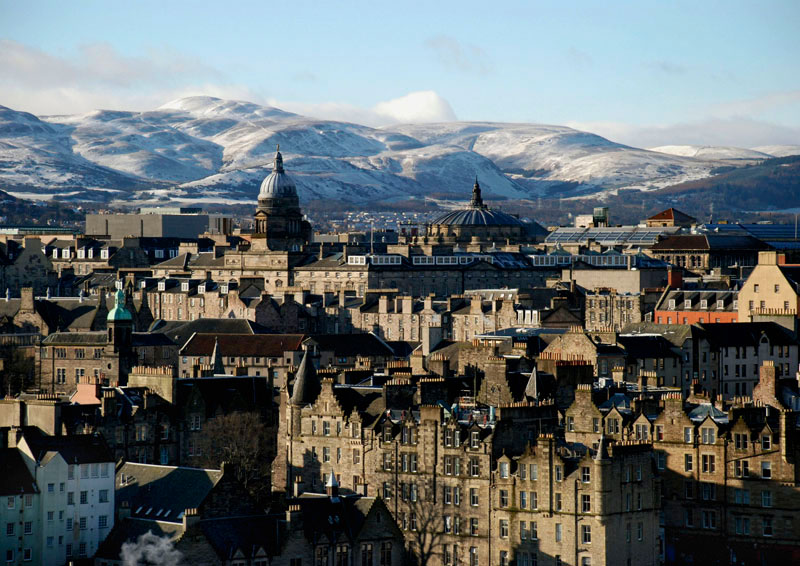 Declared Human Heritage Site by UNESCO, this is a city that was once over populated, reason why the necessity of creating  New Town arose, in no time it began to transform into an emblem of the Old Continent. Its allies -known as closes-, as well as the main street –Royal Mile-, are filled of edifications that amaze every visitor of the world, formed by secret passageways, vaults and detailed rooftops. This is also home of the Castle of Edinburgh, which is settled on volcanic rock; it also, includes the ruins of Holyrood Abbey and the Palace of  Holyroodhouse. These ruins are of amazing beauty, they match the cords to the  lyrics of a empirical story of great literary dimensions, it can be enriched by a visit to the museums nearby and other local tours. Another important spot is St Giles Cathedral, headquarters of the Scottish Presbyterian church, the statue of of the philosopher David Hume charms locals and foreigners; it is said that if you rub the big toe of the statue’s foot it will bring you good luck. The most mysterious part of the visit is centered in Real Mary King’s Close, an underground city that portrays a series of ghostly tales. A walk through Grassmarket is completely worth it, this bar and restaurant zone is ideal for every taste, in days of yore, it served as the scenery of shocking executions. 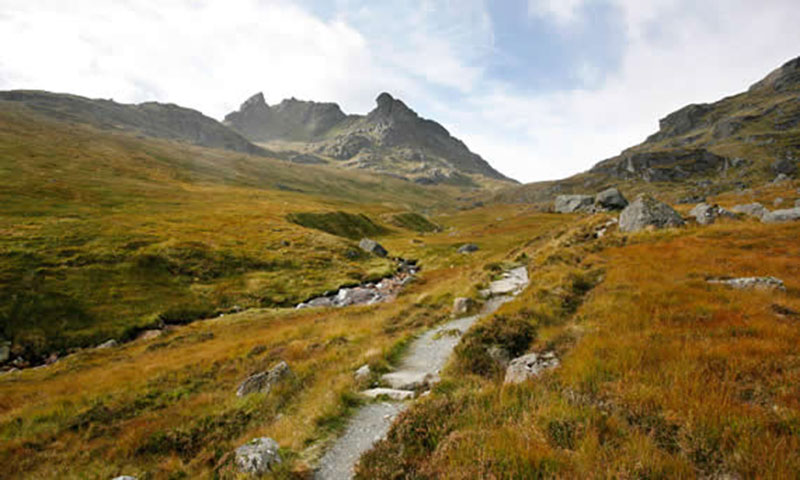 4. National Park of Loch Lomond and the Trossachs

Mountains, lakes, rivers, castles, localities and an endless amount of activities are the stages of nature, this place has it all, including closeness to the main cities of Scotland: Glasgow, Edinburgh and Stirling. To walk through its forests generates the impression of a magical encounter, with fairies or leprechauns. What we can assure is that you will find unique flowers species and beautiful fauna. Glen Creo is the highest peak of the park, while the Trossachs is a place of easy access starting by the locality of Aberfoyle, through the highway known as  “Duke’s Pass”. Sir Walter Scott, makes multiple references to this particular place,  in several of his books The Lady of the Lake and Rob Roy  -who is a sort of Scottish Robin Hood- are born under the inspiration of these sites. 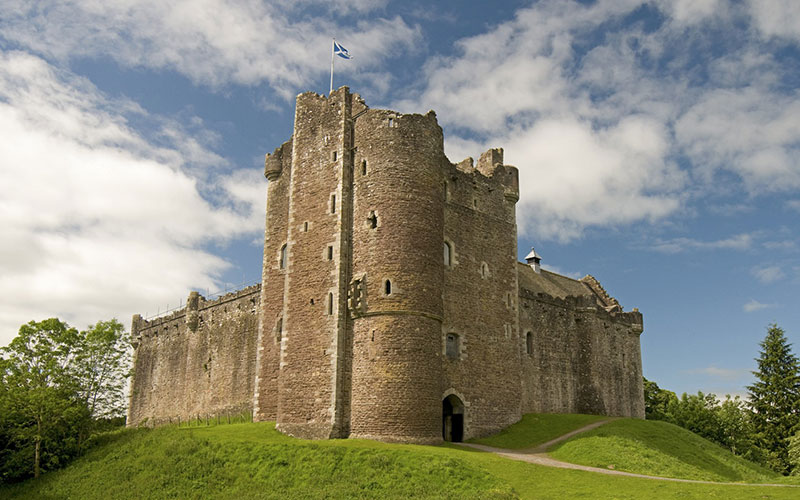 Located in the Doune district of Stirling, this mesmerizing medieval fortress has been the stage for the world-wide known series Game of Thrones, as well as Monty Python movies. This place is great for growing passionate toward the history that surrounds Scottish Aristocracy during it’s most popular time period.We are talking about one of several castles that have been built in Scotland, however, it doesn’t take away it’s attractiveness; thanks to it’s conservancy state and the forest that surrounds it, besides Teith River. 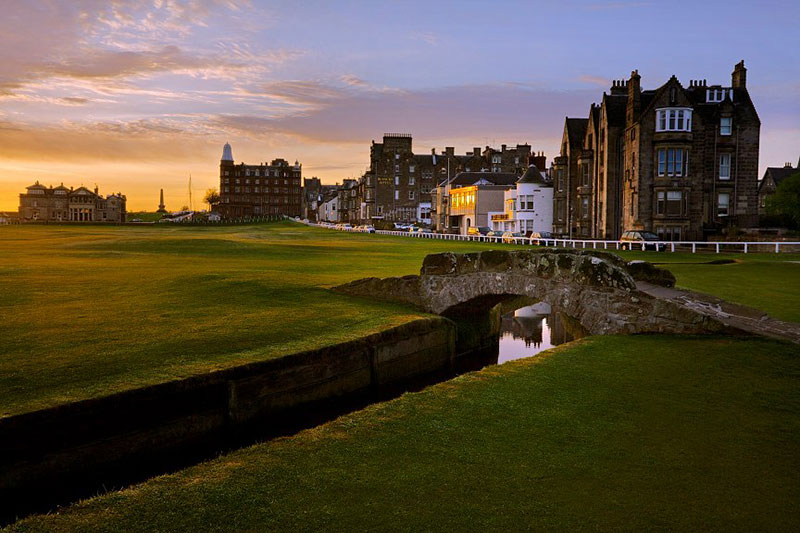 No travel to Scotland is completed without visiting this place, the undeniable birthplace of golf. This is a beautiful town surrounded by picturesque fishing villages, it is filled with golf courses for every type of player; it also possesses some of the most beautiful sights of this destination; including the most beloved and important golf course on the planet: The : Old Course. On the other hand, South Street, Market Street and North Street offer all kind of farmer’s markets, as well as golf shops for lovers of this sport. For other sort of visitors, you can find the end of South and North Street quite amusing, you can admire St Andrews cathedral and St. Rule, from where you can take a panoramic look of the city. Besides going within St Andrews mythical history and walking through its vast cemetery, you can also discover ruins in it’s lid pathways.  Everywhere you turn in St Andrews can be compared to a living postcard; one of the things that cannot go unmissed is the underground passages of it’s castle, which at some point served of utility for several sieges in different episodes of belic conflicts. Another point of reference is the University of St. Andrews, known for being one of the most ancient in the United Kingdom, as well as being home of the emblematic red capes of it’s students; the capes are dispersed throughout town without concentrating on Campus. If you wish to make a complete tour, we can’t not recreate the scene “Chariots of fire” on the mythical West Sands beach, it has also been parodied in the Olympic Games of London 2012, by the British comedian Rowan Atkinson through it’s character, Mr. Bean, –with the collaboration of many students from the University of St Andrews-which gives us an idea of such iconic scenery. 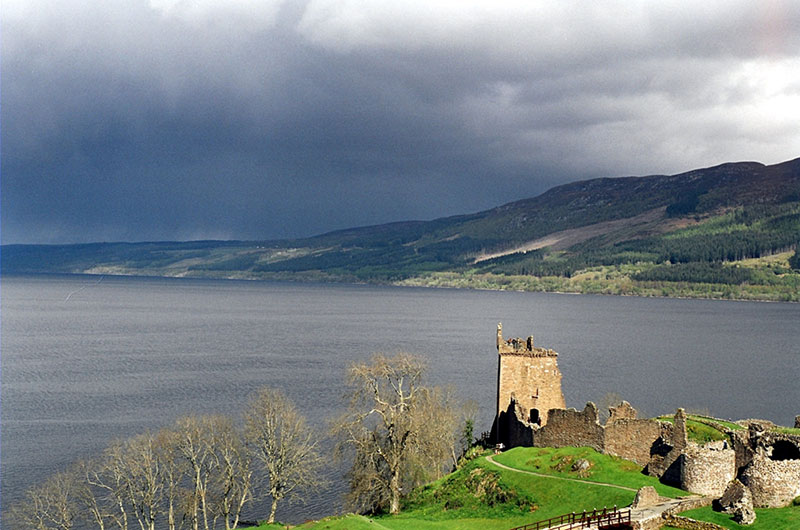 Is there something better than a sailboat tour? Yes, a sailboat tour on the legendary waters of the Loch Ness. Few things have a soul as Scottish as this activity. Beyond experiencing an encounter with Nessie, this beautiful loch permits us admire the imposing Highland scenery, situated on the Skye isles, Fortwilliam, Glen, Coe and Inverness. Several museums and souvenir shops also exists, there is wide range of products dedicated to this mythical creature. It is also a great opportunity for acquiring whisky. It’s surroundings inspire much more that magical folk tales and mysteries. 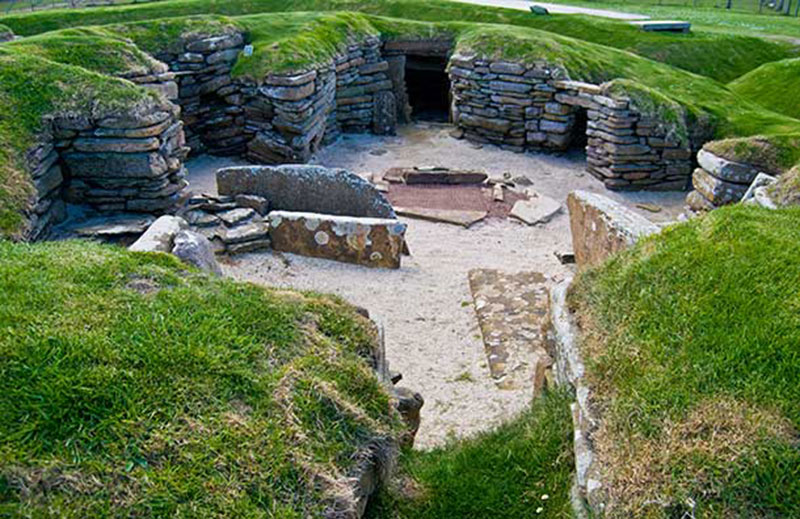 Found in Scotland´s highest part, in Orkeny isles, this Human Heritage Site was discovered after a thunderstorm uncovered it’s settlements. We are talking about a very well design space, this neolithic village dates between 3200 and 2500 a.C., reason why it’s age is beyond 5,000 years. It’s secret passageways reveal, -thanks to several excavations made prior to the storm that made it emerge- intact details of primitive inhabitants from that time period.