A Roman treasure is found at a cherry field 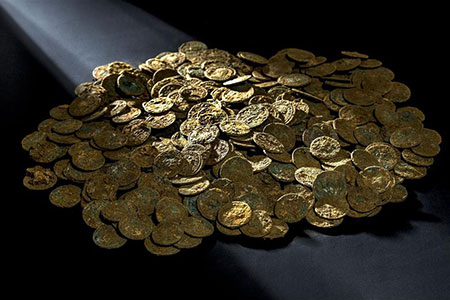 More than 4,000 ancient bronze and silver count belonging to the Roman Empire have been located. They were recently found by a local farmer in Switzerland; he had found several coins one at a time, after discovering that the coins were an actual treasure that was burrito in a cherry field at the Ueken county.

Mr. Loosli has been looking for a rabbit hole when he noticed his finding, which has now turned into one of the most important treasure in Switzerland. The local  authorities point out that nearly 4,116 coins date from the Aurelian Emperor (274 aC) and others are from the Maximus Emperor's time period (294 aC).

The coins seem to be new, due to the fact that they were buried in leather sacks, reason why they remain intact. It also seems they had been buried immediately after being out of circulation.