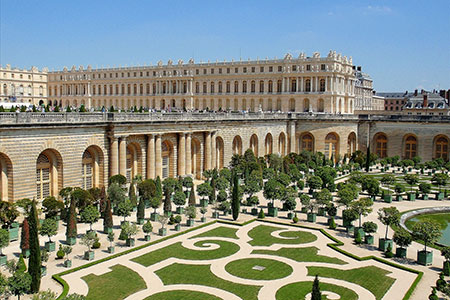 Imagine opening your hotel room window to gaze upon the lavish grounds and famous palace of Versailles after spending a night on the estate itself.

That prospect could soon be reality — at least for some of the wealthier visitors to France — after a government body that manages Versailles put out a tender to build a hotel alongside the fabled grounds.

There are plans for three 17th century buildings on the border of the palace property to be converted into a luxury hotel, according to officials who confirmed a report in the newspaper Le Journal du Dimanche.

Guests will have to enter the hotel from a road outside the estate, and not all the rooms will have a view to the palace.

The company that wins the tender will have operating rights for 60 years, but will have to pay between eight million and 11 million euros to fix up the buildings’ walls and roof, and touch up the interior.

A source close to the managing body for Versailles said the plan was part of a culture ministry policy “to renovate and add value to historic monuments’ spaces and installing economic activities”.

One of the buildings served as the finance ministry under Louis XV, and up to the Revolution of the late 18th century.

Leading French hotel group AccorHotels, which reportedly is competing in the tender launched two weeks ago, told AFP it was a “logical” choice given its strength in the sector.

It is not the first time a hotel has been planned at the site. In 2010, a company called Ivy International won a 30-year contract to build a 23-room hotel, but failed to go through with the scheme.