With a new name, the American company Cimis Design Corporation celebrated the first flight of the Cirrus Vision SJSO. A personal jet previously known as The Jet*.

The Cirrus Vision SJSO is slightly over the VU (Very Light Jet) category on the interior’s space, also its efficiency in gas consumption due to its engine mounted on the rear end. outside the fuse lage's structure, characterized by its V shape, and the seat’s flexibility having space for up to seven passengers. It also has the latest in new generation avionics and flight systems, and all the safety attributes associated with Cirrus. 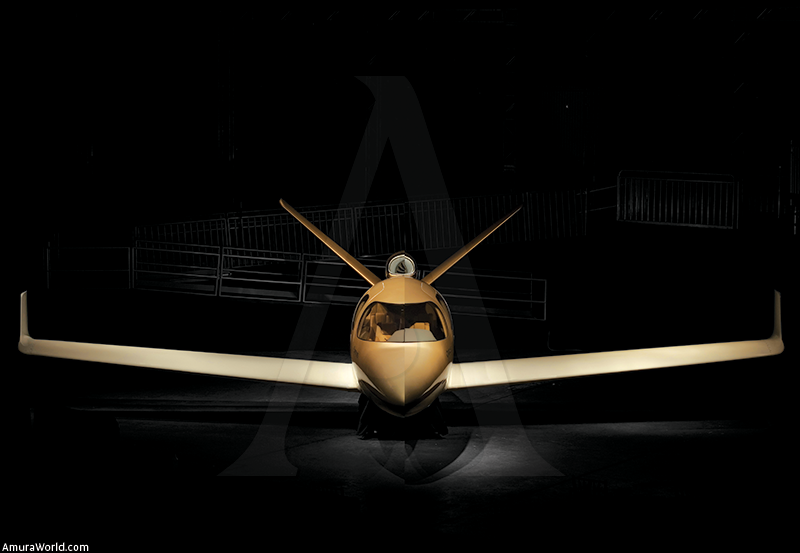 This first 45 minutes flight was the result of the work of over 125 engineers and technicians who made possible this plane could fly.

With the successful opening flight, the next phase of the program is initiated, that will support the rigorous certification program from the FAA (Federal Aviation Administration), ln this date this plane has over 120 test hours.

Everything Kept as a Secret

In 2007, before the presentation of the Cirrus Vision SJ50"s scale model, a group of clients was invited to be part of a selected group of people who would be the first ones to posses the new models. Each of the clients gave a 100 thousand dollars check; which was used to finance this project.

During previous months to the presentation, the company was completely hermetic in reference to the project and only those who worked directly where up to date in the matter. The rest of the employees found out about the jet only a few hours before its presentation in Duluth Minnesota.

This model can fit one pilot and four passengers. one sited next to the pilot and the rest in 3 central seats. The spherical design of the pres- surized cabin can comfortably fit up to seven passengers, with a flexible seat configuration of S plus 2 when including a pair of child seats. The central seat can be slided and lifted; the child seat can also be lifted for a larger space for the legs or for placing objects.

As well as the turbo rotor models SR22 from Cirrus, the Vision SJSO has been designed to be piloted by its owner and it’s equipped with innovating features, including the CAPS (Cimis Airframe Parachute System, a parachute sys- tem in the fuselage) a feature that has saved hundreds of lives.

At the time of being technologically developed, this jet is designed to be flown incredibly easy, offering its clients the opportunity to grow and change their lifestyle. And for its price, it becomes a more intelligent, simpler and efficient way of transportation keeping the promise of redefining aviation in general, providing a totally new way of flying either for business or pleasure.

Another advantage is that it doesn't affect the commercial airlines operations, as this jet flies below the flight line of commercial jets, offering an easier and more convenient access to local air- ports where the airlines can't go.

Powered by a Williams engine, this jet can transport a family to their resting place, including their mountain bikes, camping equipment, golf clubs and skies, all of this at a speed of 300 knots, in a pressurized cabin.

The engine was placed in the upper part of the fuselage, with properly directed gas flow exits for a better performance. Also making it easier for inspections and maintenance. The V shaped sta- bilizer is not new in military and civil aviation. For the pilot this design does not implicate any trouble at all. since the plane is operated in an easy and traditional way. 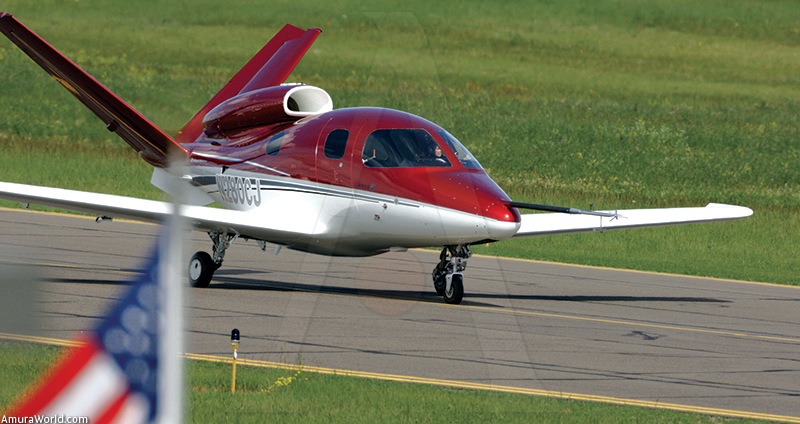 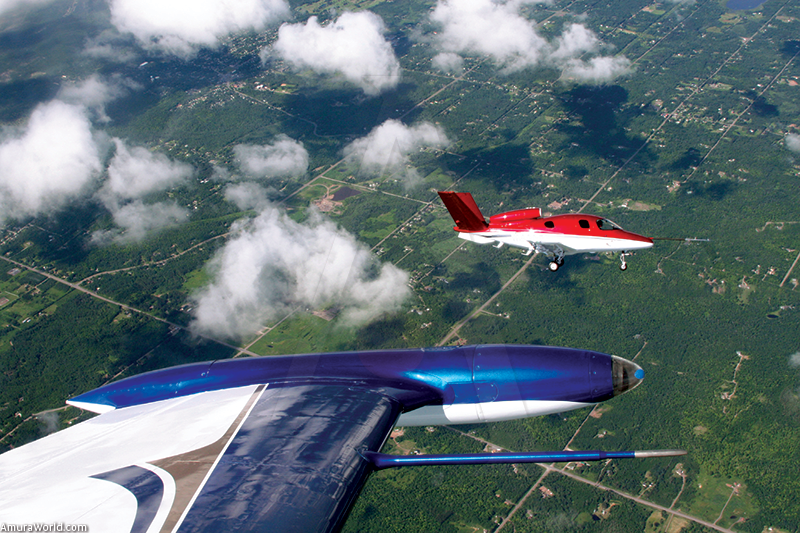