On hearing the name Cessna, one thinks of propeller-driven aircraft, but this is not the case. The company offers an exclusive line of private jets; the Citation, in which the latest model, the Mustang, stands out. It is ideal for traveling above commercial air traffic for more efficient operations and results for companies that need to transport their executives all over the world. As the saying goes, in business, time is money. That is the benefit of the Mustang business jet, which allows executives to take control of the time they spend traveling. There is nothing better than beating congested airports; no more delays in busy terminals.

The Mustang has new turbojet engines, high performance wings, well-defined lines and effective tail design, all of which provide a comfortable flight. With its pair of Pratt Whitney PW615F engines, it offers power, speed and true accessibility. It has a range of up to 2,000 kilometers at a ceiling of 12,000 meters, altitudes that turboprop aircraft simply cannot reach, thus achieving a more comfortable flight, above the clouds. 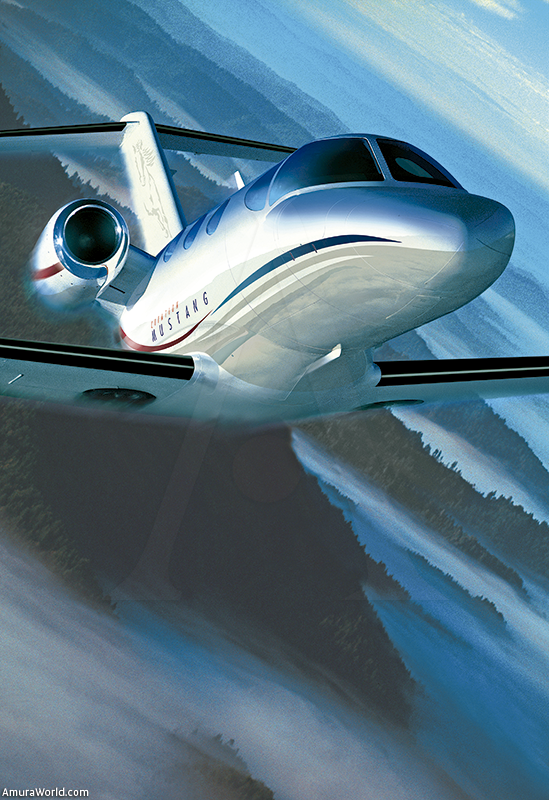 Inside, the comfortable cabin stands out with its open spaces that treat passengers to a level of comfort and freedom with a surprising level of sophistication, making it an extension of the office. The aircraft has panoramic windows that provide great natural light, affording an amazing view. It is like traveling in a luxury sedan automobile with leather seats and space to stretch your legs and place your drink. Externally, there are ample storage compartments to stow all types of luggage, including skis, which illustrates the storage capacity.

Anticipating future aeronautical requirements, the Mustang offers the latest in avionics technology with large-format displays and integrated sensors, which provide unprecedented updates of weather, traffic and land conditions. The total ease of flying lightens the pilot’s workload and makes flying safe and simple. 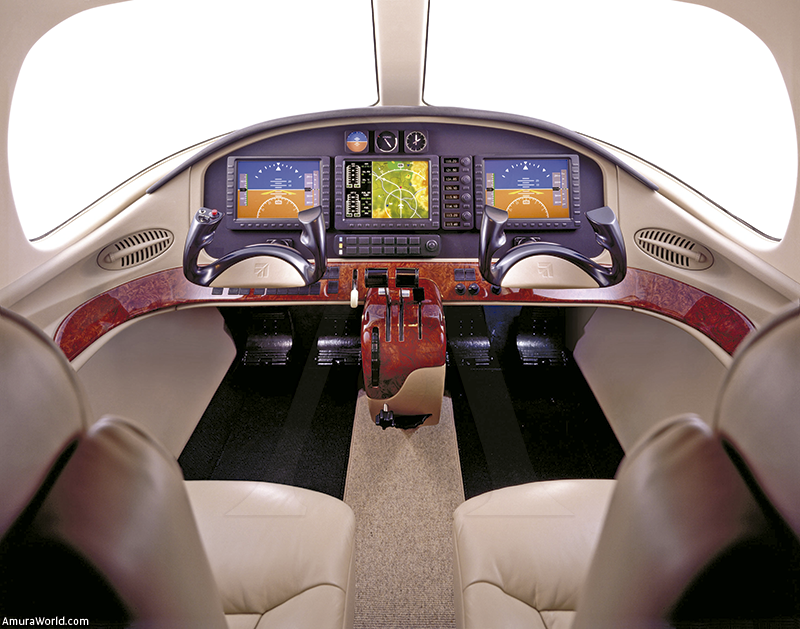 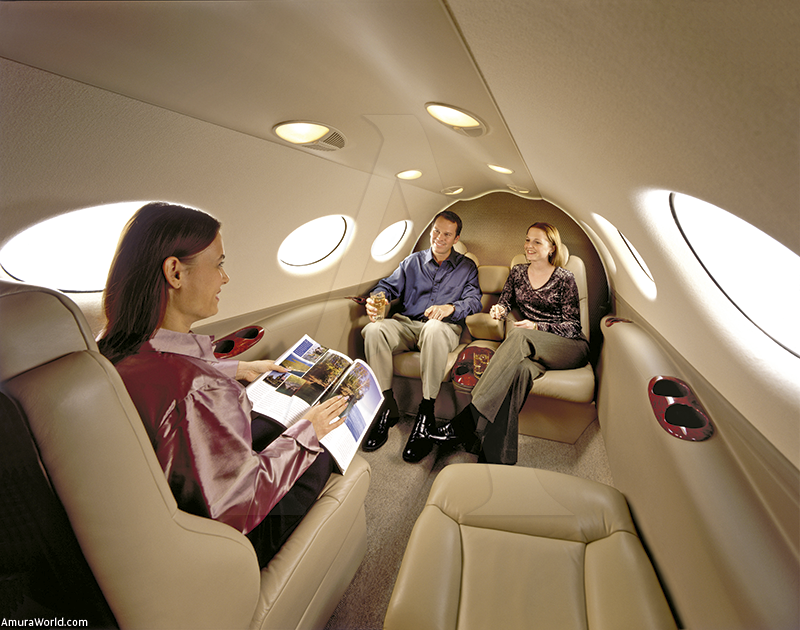 As part of the Company’s success, Cessna, a Textron group-company, was recognized by the US Federal Aviation Administration) and its assembly line in Independence, Kansas, has been awarded the Production Certification.

This followed the delivery of the first Mustang model at the Mustang Management Group (MMG) hangar in Fresno, California, which will allow Cessna to rent the aircraft for a period of 10 months for use as a demonstration aircraft. MMG plans to use it later as a training aircraft at its subsidiary, Scott Aviation.

The Production Certification authorizes Cessna to produce, conduct test flights and certify the flying conditions for the Mustang.

The FAA’s Certification Type made the Mustang the first in a new category of jets. The first deliveries to clients before entering regular service will be made the beginning of this year. Cessna expects to deliver 40 Mustangs in 2007 and production will increase towards 2009. 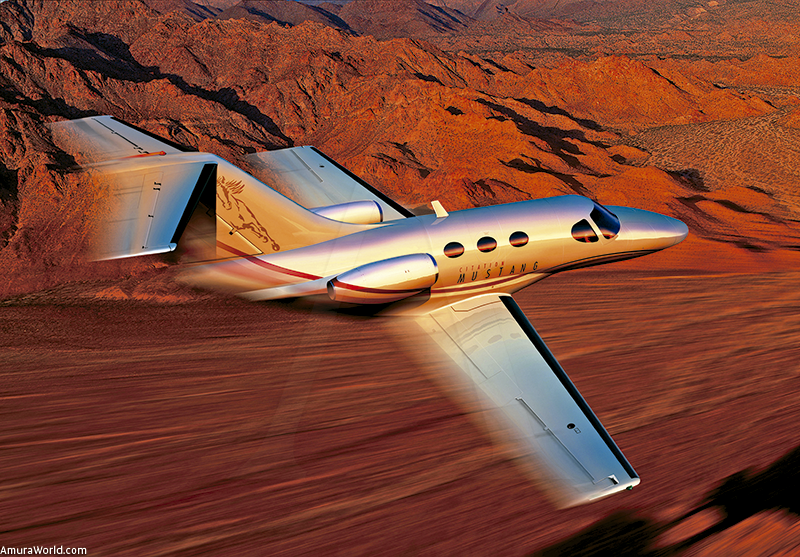