Now the dream of supersonic flights returns rejuvenated with the Aerion Supersonic Business Jet. Imagine flying from the west coast of the US to Asia on just nine and a half hours.

Aboard this aircraft, it will be possible to cross our country at Mach 0.98 using the same amount of fuel as a large business jet, with the advantage       of being able to access all the airports as other business jets while at the same time complying with the most demanding noise regulations.

Let’s imagine a flight from Chicago to London. Eight passengers aboard the Aerion for a midday take-off. The pair of Pratt & Whitney JT8D-219 engines provides a prodigious thrust and the nose reaches 147 knots and it is in the air.

LCDs light the cabin with soft colors. The seats mold to the passengers in comfortably personalized areas and include controls in the armrests to select the entertainment and communications options. 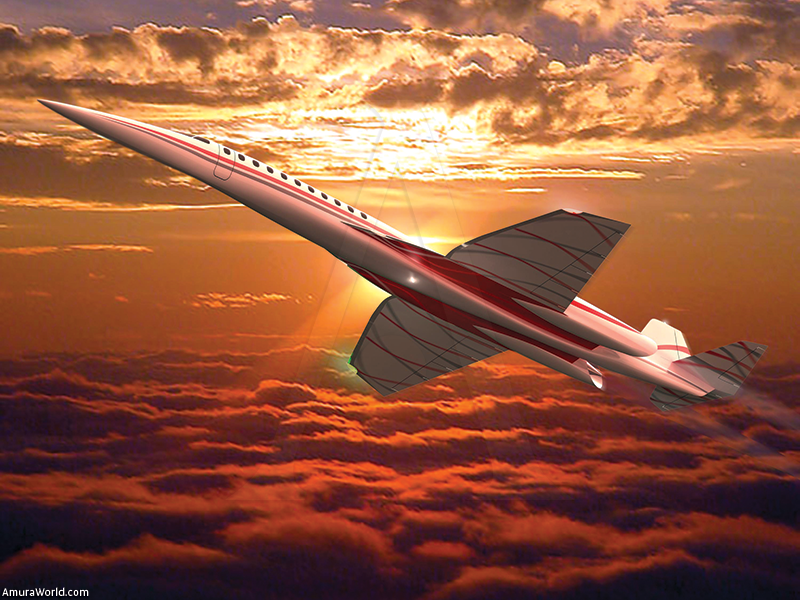 The transversal section of the cabin (1.82 x 2 m) is comparable to current super midsize jets, with room enough to stand and walk around. The cabin is nine meters long, which allows for three separate areas, more space for a complete private area and a comfortable WC. The possible configurations vary from 8 to 12 passengers.

The speed soon reaches Mach 0.98. Then comes the fun part: the jet soon accelerates and passed Mach 1 to reach Mach 1.5 for the next 270 kilometers.

The landing time is 10:45 hours local time, a mere five hours and 42 minutes after take-off. 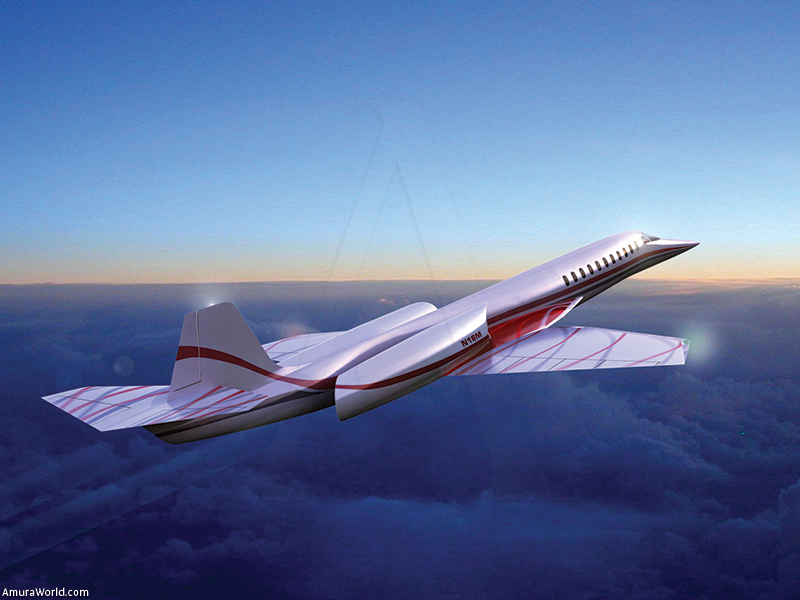 The Secret of the wing

This reduction creates a virtuous circle, which allows the Aerion jet to fly at a lower power output and using less fuel and therefore, a lighter total weight.

The NFL wing provide enough fuel at subsonic cruising speeds, efficient between Mach 0.95 and 0.99, as well as allowing sustained flight up to Mach 1.1.

The wing is manufactured from an advanced carbon-epoxy composite material in order to achieve the desired structural rigidity and weight, similar to military and the latest-generation civil aviation wings, with a titanium leading edge.

This strong and slim structure has been analyzed for vibration and shows no divergence throughout the flight. The thickness of the sheet reduces throughout the width of the wing and this notable structure weighs less than 862 kg. The entire construction of the fuselage is conventional aluminum and the stabilizers are a combination of aluminum and a composite material. 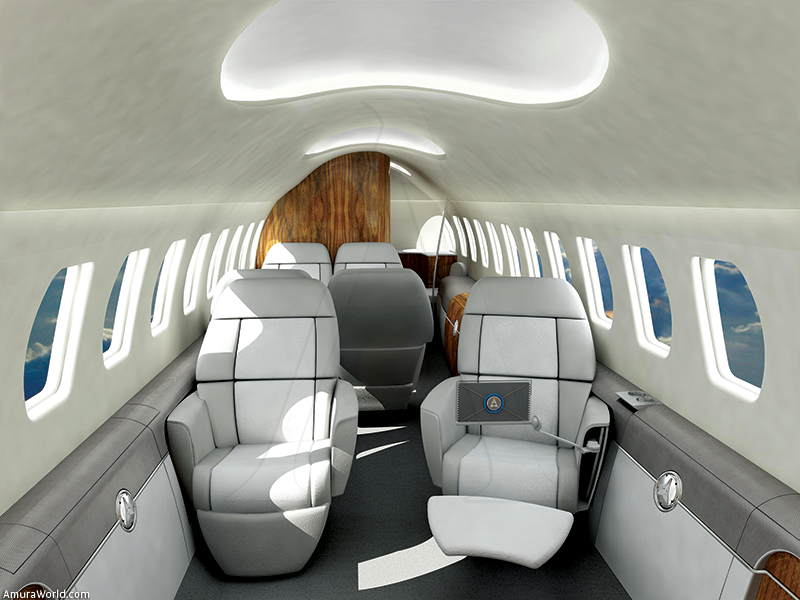 The Aerion is propelled by the latest generation Pratt & Whitney JT8D engines that boast the newest technology developed and patented for noise suppression, therefore complying with Level 4 noise requirements.

As a result of extensive analysis by Pratt & Whitney assuming a 60% supersonic flight, the initial TBO is projected to be 3,000 hours.

The wing technology has been proven on NASA test flights at supersonic speeds confirming the laminar flow predictions. 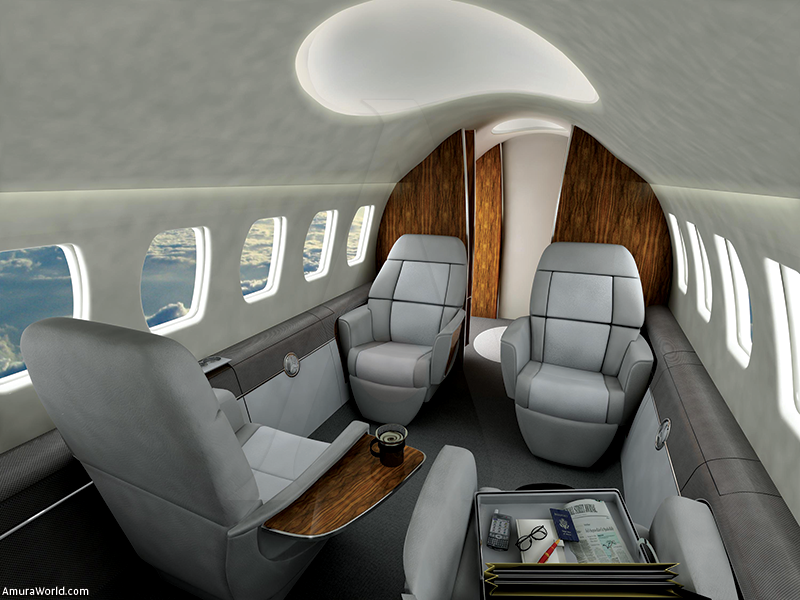 An appropriate engine (the technological barrier larger than any supersonic program) is available and with broader use. No exotic structural material or manufacturing techniques are required. The systems represent the best current practices and are similar to those used for the large business jets.

Designing an aircraft with a maximum cruising speed of Mach 1.6 implied overcoming numerous obstacles, including complex systems and the need for materials resistant to higher temperatures. On achieving a ceiling of 51,000 feet (15,500 m), the same as other business jets, the certification and the unknown technical requirements are reduced involved on certifying above that altitude.

The Aerion SBJ is designed to operate effectively within the current sonic boom regulations, with the potential to adapt to regulatory changes.