The Pedigree of the Greyhound

Stuttgart’s star rose during the 24 Hours of Le Mans, where it chalked up more victories than any other. It is safe to say that these kinds of resistance tests are an innate part of its tradition.

In mid April, Porsche announced the development of a prototype which will be sold to some private teams who, in 2006, will participate in the RS Spyder category in the American Le Mans Series.

After satisfactory tests were completed in the company’s development center, the decisive moment for its production has arrived Porsche is not sitting back twiddling its thumbs.

To resolve their past financial woes, the company made dramatic changes in its objectives. It literally brought all its projects to a halt and put each of its engineers to work on bringing out the Cayenne model which would, finally, save them from bankruptcy.

One of its plans, wich they had put aside and remained up in the air, was a race car that could compete in Le Mans. Years later they dusted it off and it became the extraordinary Carrera GT.

However, even with healthy numbers, they still had a barb stuck in their side in the matter of resistance competitions. The RS Spyder was their way of getting rid of the thorn. Everything, including the carbon fiber, motor, transmission and suspension, is one hundred percent Porsche. It is a one seater powered by a V8 engine with a 3.4 liter displacement producing 480 HP.

The weight-power ratio is outstanding because it weighs only 750 kilos (1,653 pounds) and, because it will be sold only to private teams, Porsche engineers did not over use exotic materials to achieve that weight, thereby keeping costs in an attractive range.

As preparation for its 2006 campaign, they are officially presenting it in the last two 2005 races, to be held this coming October in the Road Atlanta and Laguna Seca circuits. 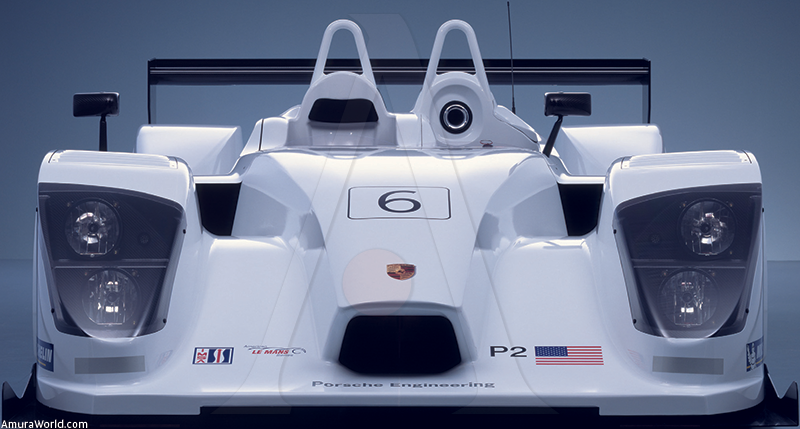