Feasibility studies for the SPn began in the autumn of 2003 and, after in depth analysis, Grob ExecuJet Aviation Group and Grob Aerospace officially initiated the project in January 2004. By the last trimester of the same year, the design and engineering plans were completed and the first airframe was presented in October.

The beginning of this year marked the completion of the static tests and the assembly of the first model started in March. This plane was displayed without interiors in the Le Bourget Paris Air Show and, on July 20, Prototype 1 made a first flight that lasted 66 minutes.

Prototype 2 is under construction and will begin service in March 2006. Static charge tests on a static structure are currently being done and they will try to get certification during the second trimester of 2006. 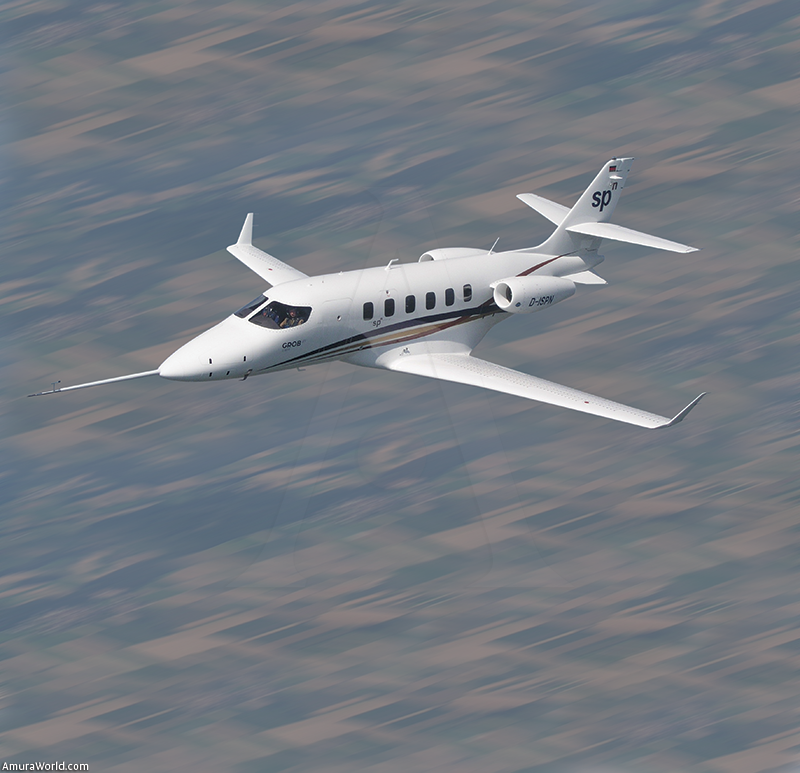 The Munich Airport was the host of the official presentation of the world’s first-ever utility jet. The SPn, by Grob, is a new concept that will no doubt revolutionize private aviation.

The first all carbon composite private jet is here to create a new market niche, including turboprop flexibility and the added ability to provide great utility capabilities. In addition, this plane can land on practically any field, as rudimentary as it may be, since it features reinforced landing gear. 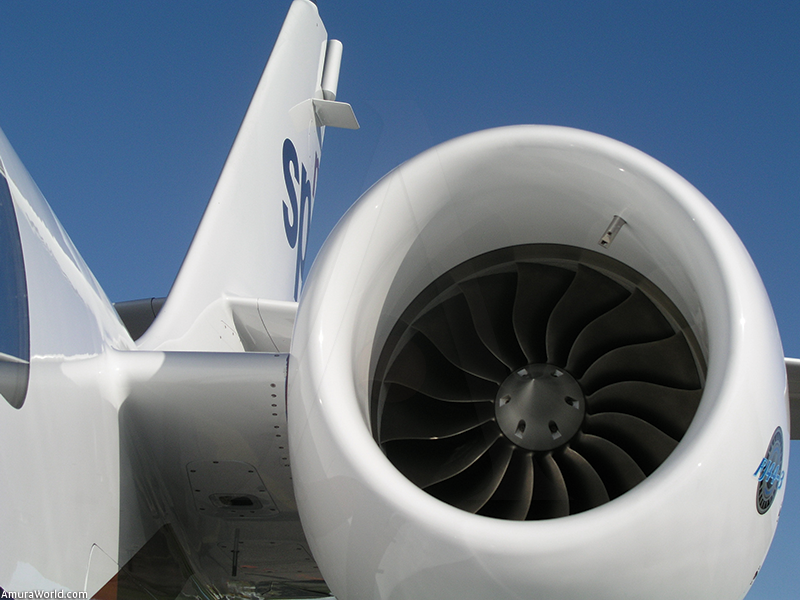 The SPn’s structure is made of a material that is as strong as aluminum but 44 percent lighter. It also offers improved performance, increased durability, greater single pilot range than other corporate light planes and better short-range performance.

The airframe has a rivet-free aerodynamic design and an anti-corrosive treatment that translates into long life and less strain, thereby making it able to withstand the most extreme weather changes.

The broader cabin makes it possible to combine the passenger area with a cargo zone with the option of quickly changing the configurations.

Concerning avionics, the SPn has modern, reliable systems and there are four narrow screens in front of the pilot displaying all the necessary information for a trouble-free flight. 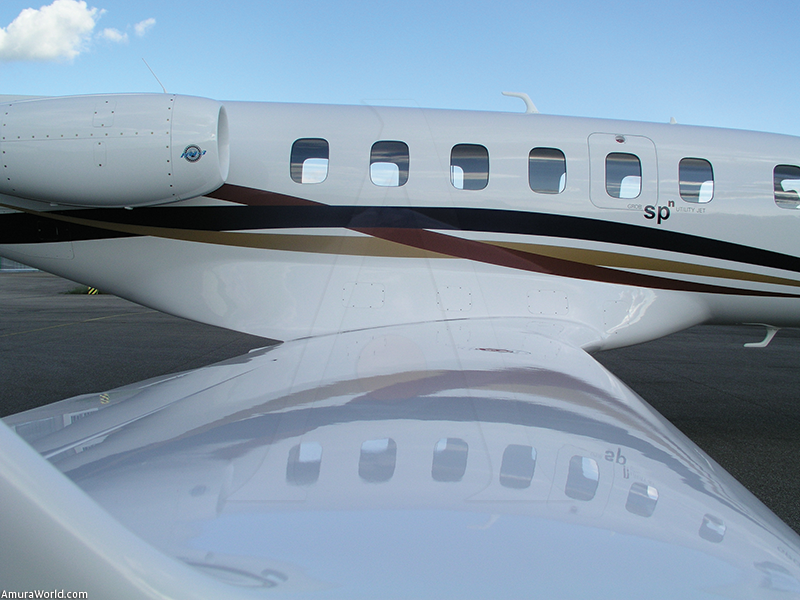 Aboard this modern airship you will be able to fly from Mexico City to the United States, Canada, Central America and northern South America. That means a range of 2071 miles propelled by a pair of Williams FJ44-3A engines. This brand has been rated best for customer service on seven occasions and has sold more than 2,000 of these engines to Light Jet manufacturers.  The comfortable and roomy interiors will feature ergonomic seats (with the option for doubles), full bathroom, closet, cargo area and worktables, all in fine woods, leather and carbon fiber for maximum durability.

By easily removing some seats, the cabin can quickly be turned into a spacious cargo area and the large access door (137 x 84 cm/54 x 33 in) makes it easy to introduce all kinds of cargo. As a utility plane, it can be turned into an aerial ambulance, passenger carrier or cargo ship. 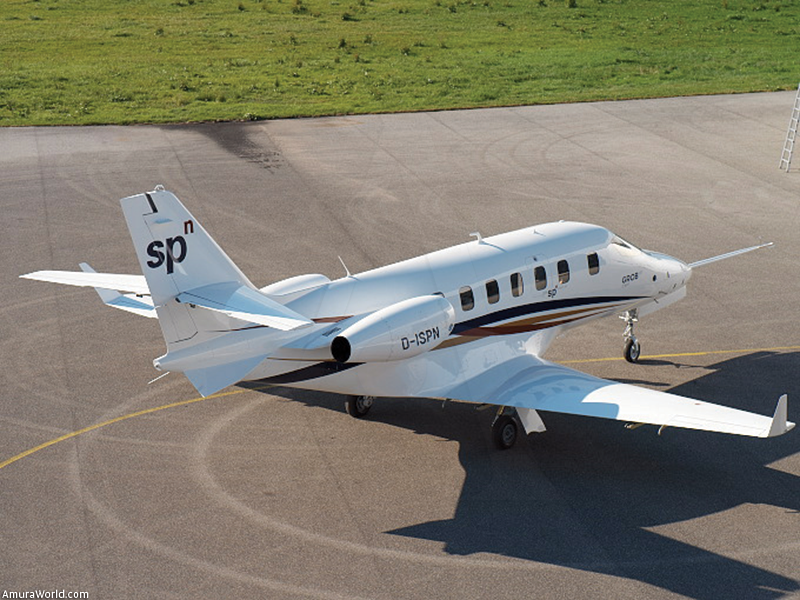 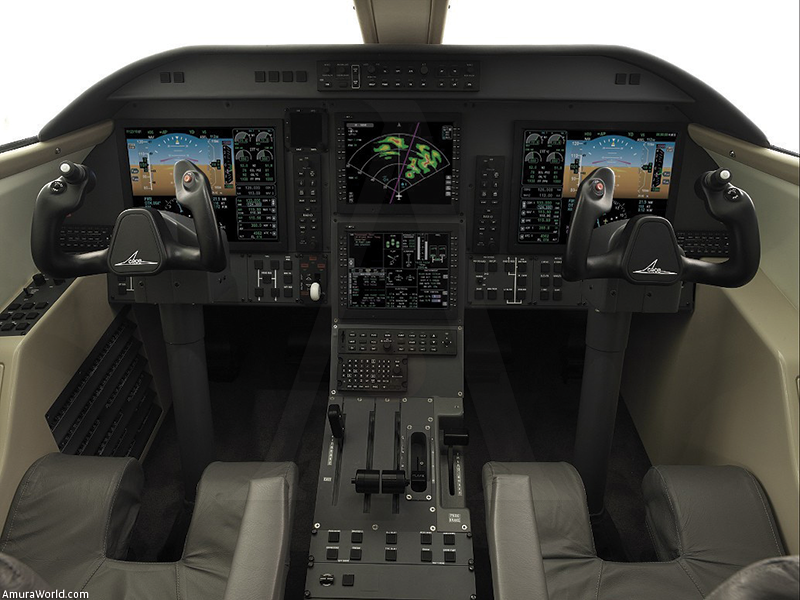 Aside from its attractive price —about six million euros— the SPn will try to position itself in a practically nonexistent market, which currently has 10,000 turboprops in service, with the King Air 200 and 350 dominating the scene. These planes offer a spacious cabin, but have poor cargo capacity and none of the performance and comfort of a jet.

There is also the Light Jet segment with an expected 2,500 deliveries of planes over the next 10 years. This category has a subdivision, Micro Jets, and these are single-pilot vessels like the CJ3 and the Premier 1. Both types (Light Jets and Micro Jets) have small cabins and short range and studies show that there will be a tendency to replace both the range and the cabin in the future. 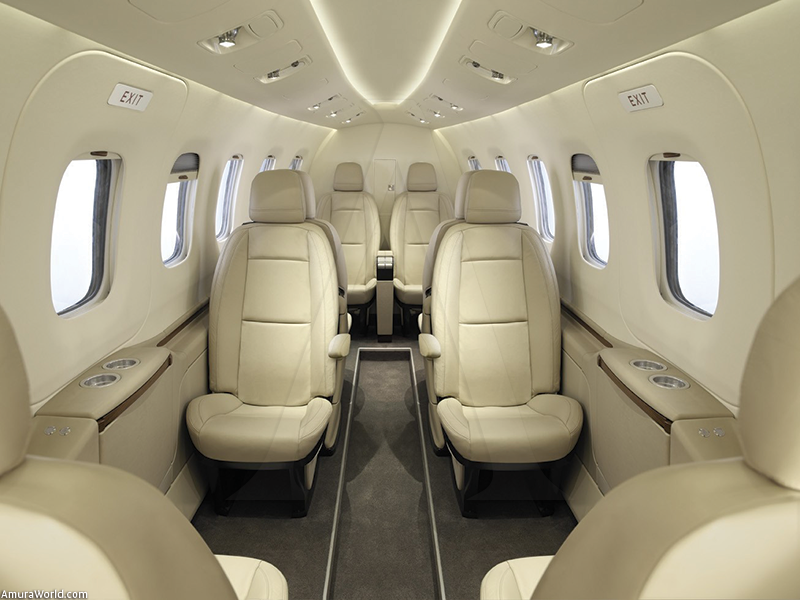