The aircraft features an ample, comfortable cabin 1.91 meters (6.2 feet) high and three distribution options for the compartments. It offers excellent performance and features the BEVS (Bombardier Enhanced Vision System), the most advanced cutting-edge technology available in business aviation, which reduces the risk during night flights, low visibility conditions and operations in unknown airports.

Introduced to the market in October 2003, it was originally planned that the first model would be delivered in the first trimester of 2006. However, two planes where delivered at the end of 2005 to Transneft, a European company operating one of the largest networks of oil pipelines in the world.

No other plane in its class flies as fast and as far, balancing comfort, speed (up to Mach .88) and range and maximizing each detail. In the air, executives fly in luxurious privacy and enjoy first-class services.

The cabin’s elegance is similar to that found in a sumptuous hotel. It features ample spaces, privacy, luxury and ease and also offers several lavish services in an ample cabin that has several sections, like a kitchen and a rest area reserved for the crew.  With the needs of select travelers in mind, expert artisans meticulously did each detail of the interiors by hand.

The cabin is 44 percent bigger than that of any rival jet. The base area of the interior is perfect for 11 comfortably seated passengers and includes the option of installing an extra seat in the crew’s quarter.  Because of this, the jet can transport eight to 19 passengers.

In the middle of the cabin there is room to install a full-service office so that executives can continue to work while they are traveling to their destination. A fifth passenger can participate in meetings taking advantage of the double swivel seat.

The Global Express XRS is ready to take off with only 30 minutes of prior notice, something that no other intercontinental jet can do. It flies at an altitude of 51,000 ft (15,545 m), carrying eight passengers and a crew of four.

It has a range of 5,450 nautical miles flying at a speed of Mach 0.87 Mach and 6,150 nautical miles at Mach 0.85.  The maximum range, 6,500 nautical miles  is flown at Mach 0.82, which is ideal for a Tokyo-New York or Moscow-Los Angeles non-stop flight with the added benefit of being able to land in any airport, saving executives valuable time. 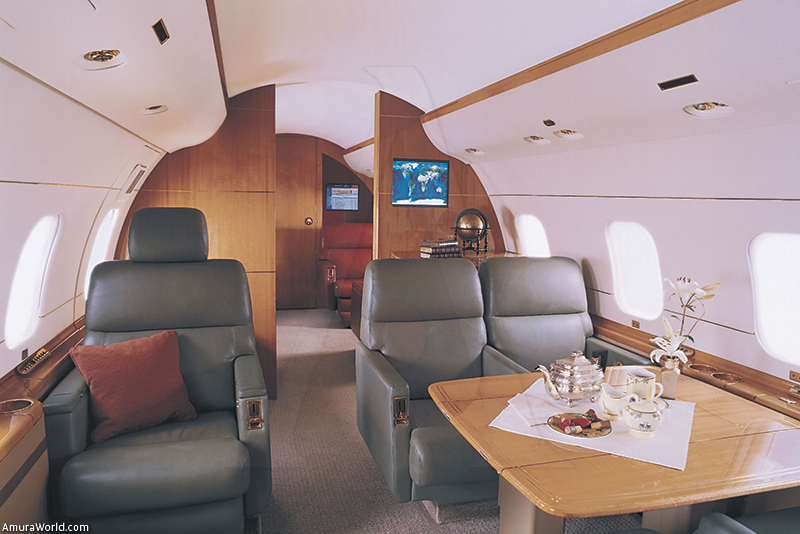 This jet has the world’s strictest aviation certifications, like Transport Canada (TC), American Federal Aviation Administration (FAA) of the United States and the European Joint Aviation Authority (JAA), which regulates Europe and Australia, allowing it to land in any nation. It also has the Extended Twin Engine Operations (ETOPS).

The jet is certified to operate during the day and night, in VFR and IFR conditions, and is also equipped with the RVSM. In addition, it features all the common as well as the most advanced operation systems of a corporate jet, making it very safe.

The most advanced engines

The jet is powered by two BR710A2-20 Rolls-Royce engines, which produce a thrust of 14,750 lb (65.6 kN) at take-off. The English firm’s engines feature cutting-edge technology, which generates great power and performance, resulting in new standards of efficiency, trustworthiness, service and low operation costs.

The engines feature the Specific Fuel Consumption (SFC) system, which produces more thrust and 12 percent less fuel consumption than in any other engine of this type.

This creates a spacious, safe, comfortable, perfectly organized area that contains all the innovations specifically designed for Bombardier and guarantees the pilot’s performance. 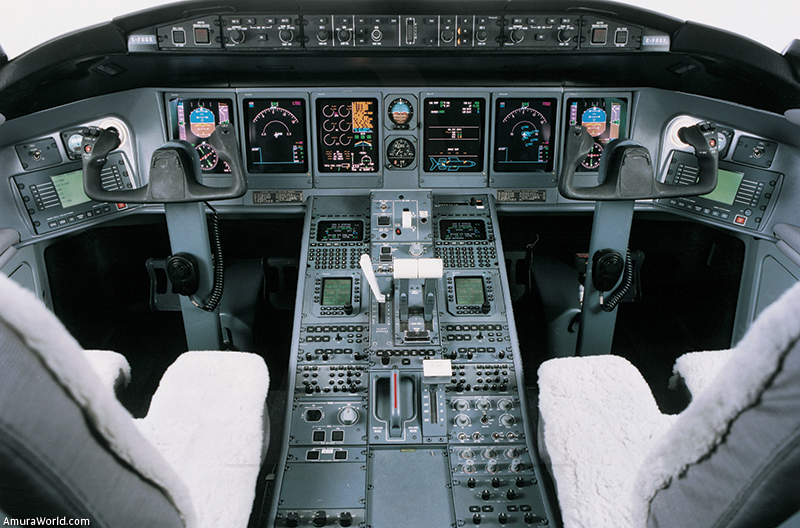