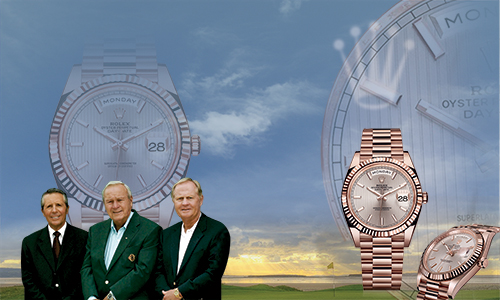 The presence of Rolex in golf is composed of decisive instants that are part of nearly half a century of committed partnership with golf and it’s excellence values. For this sport, which blends its great traditions with constant modernization and evolution, the Swiss watchmaking firm has acted as a support and engine for the development of events, players and golf organizations around the world.

Through the vast and most important golf territories from all across the globe, Rolex’s participation has been a key element, as it actively promotes the most elite talents. Hence, it is only natural that a brand that revolutionized the watchmaking world would associate itself in 1967 with Arnold Palmer, an outstanding golf figure; as well as Jack Nicklaus, who hold the record at 18 Mayors, and Gary Player, ranked third worldwide amongst professional players. Through that legendary ensemble known as the “Big Three,” a bond that was established with Day-Date, the firm set its sight on golf talent with authentic passion, until it became a pillar of the sport. 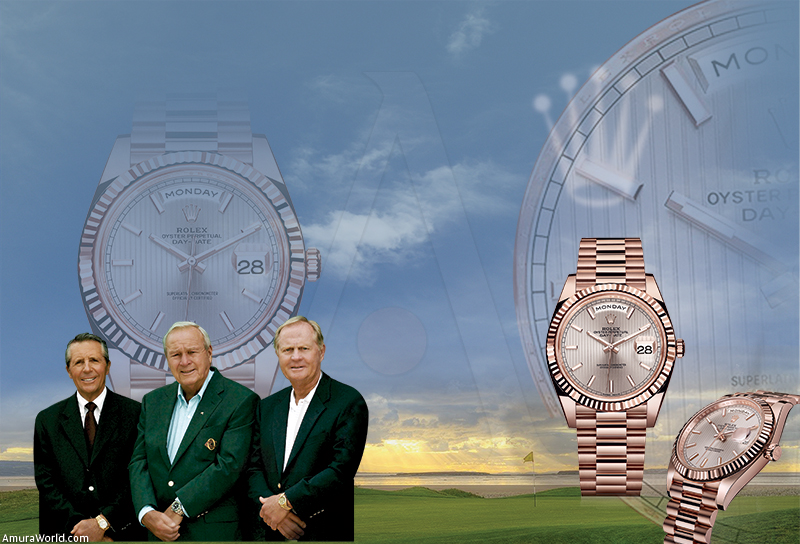 Today, it is a sponsor for the Masters, and a fundamental partner of the Augusta National since 1990. Furthermore, its relationship with the USGA (United States Golf Association) makes it a crucial element of the U.S. Open, as well as an aide to the Women’s Open, the Senior Open, the Amateur, the Women’s Amateur, and the Curtis Cup.

Many are the names of the great personality, sportsmen, and legends present in the greatest tournaments in the world, but only one is constant and ever-present: Rolex.

Since the 1970s, Rolex maintains extensive links with the R&A--the organism that governs the rules of golf—sponsoring the most important tournaments across the world, such as the R&A Championship Open, as well as being the first enterprise who presented the official Major watches. The ample bonds formed with these institutions are part of a broader alliance, which, through their actions, make the firm a distinguished main sponsor in the golf world. As such, the four Women’s Majors: ANA Inspirations, U.S. Women’s Open, Ricoh Women’s British Open, and Evian Championship are complemented by team tournaments: the Ryder Cup, the Presidents Cup, and the Solheim Cup – all associated with the firm.

Rolex is also noticeably committed with the LPGA Tour in the United States. A display of this commitment was in shown in 2006, during the Rolex Women’s World Golf Rankings, which drew together the main women’s player team.

This presence is extended towards the Asian Tour, a tournament in full bloom. 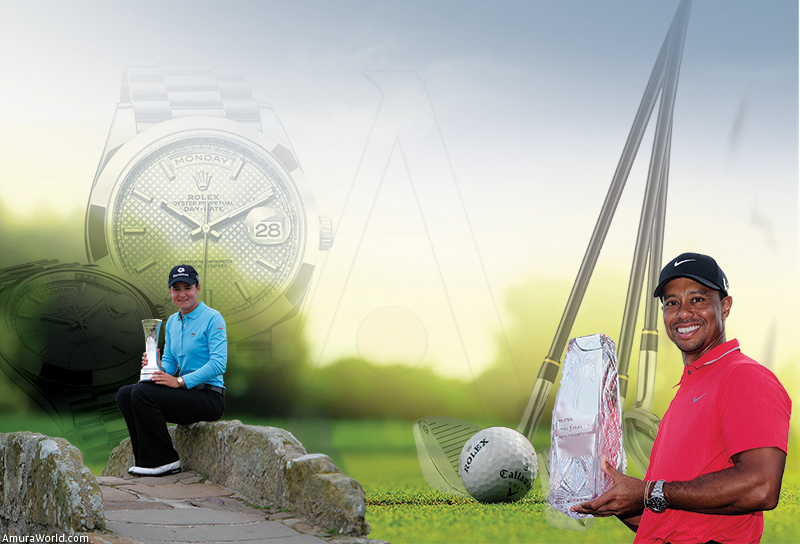 Rolex has a sponsorship presence in amateur circuits and prestigious championships, as well as youth tournaments. In this manner, they with drive new talent to become golf legends, making an emphasis in the promotion of values such as nobility, competitive spirit and performance, and integrity of the highest caliber. In this context, we have of Tiger Woods, who in 1991 and 1992 was named Rolex Junior Player of the Year at the AJGA (American Junior Golf Association), while his fellow country man Jordan Spieth received the same honors in 2009, and who would reach the number one spot in the World Amateur Golf Ranking in 2012, another program spearheaded by Rolex.

In this list of legends, the highlights include elite figures such as: Arnold Palmer, Jack Nicklaus, Gary Player, Tom Watson, Phil Mickelson, Tiger Woods, Fred Couples, Bernhard Langer, Paul McGinley, José María Olazábal, Adam Scott, Matteo Manassero, Annika Sörenstam and Lorena Ochoa. It is because of this, -and much more-, that Rolex is the perfect and perpetual time machine of golf, forever framing it’s most meaningful moments; a witness and a pillar of this most noble of sports.