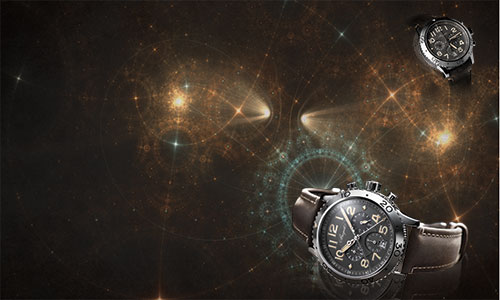 Since 2005 when it was created this biennial auction, the best and most prestigious watch makers contribute to the fight on Duchenne Muscular Dystrophy.

In this time of the year the watch makers open their hearts and their brands accept they should provide Forceful and creative support for scientific and medical research on neuromuscular diseases.

What is the Only Watch? it is a unique auction for unique items. The auction partners with the Association Monégasque contre les Myopathies and the Monaco Yacht Show in which 44 timepieces in a held in auction.

What makes Only Watch special is the fact that the watches up for auction will be the “only watch” of their type ever available, or a special prototype watch unavailable for sale anywhere else.

This 2015 for the first time the auction will be held in Genève the heart the epicenter of high horology. On November 7th of 2015. Afterwards the pieces will itinerate in a 6 cities worldwide tour, giving the chance to the adepts to indulge with its rarity and elegance.

In this occasion we present four examples very representative of what many lucky people would see in this tour.

We shouldn’t dismiss the fact that these are unique pieces which it gives them a very high perceptive value and an only wonderful beauty. 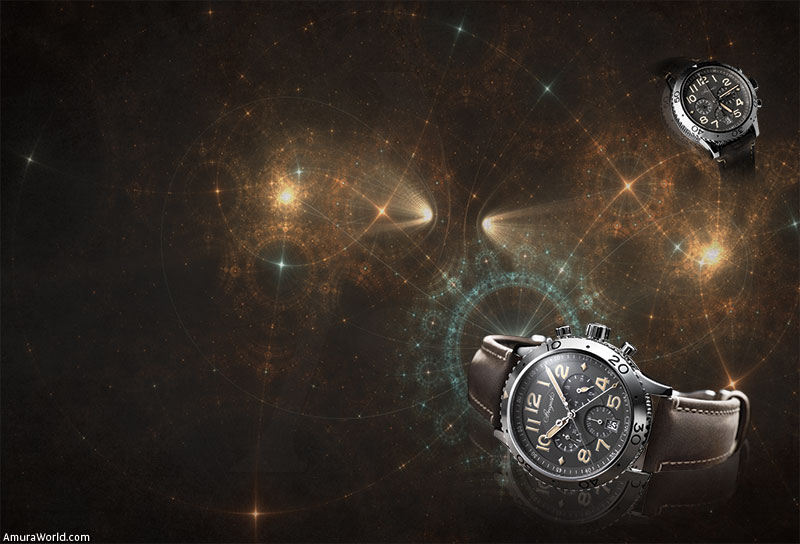 Stemming from the wrist chronographs produced by Breguet in 1935, the first Type XX watches were developed to order for the French military.

The Only Watch model meets Breguet’s current standards in the field of mechanical horology while featuring a vintage style inspired by its predecessor. This Type XXI 3813 is equipped with the special flyback function featured on the original 1950s model. This complication inherently linked to the field of aeronautics enables instant zero-resetting and restarting of the chronograph counter in one smooth move. Another characteristic of this one-of-a-kind model lies in its central chronograph minutes counter ensuring instant readability. The date aperture and 12-hour counter at 6 o’clock also contribute to its time measurement capabilities. This Type XXI chronograph is also equipped with a day/night indicator and small seconds subdial that round off the main functions.

For the first time, the mechanical self-winding 584Q/1 calibre is housed in a platinum case, fitted with a bidirectional rotating bezel. Its matt slate grey dial, crafted in an exclusive execution for Only Watch, bears stylised Arabic numerals composed of a white transferred base coated with Superluminova. It is enhanced by luminescent hands and hour-markers.

As its second contribution for the Only Watch charity, the brand proudly presents a timeless interpretation of the ancient “Ouroboros” theme in a sophisticated quarter repeater wristwatch. Ouroboros is a mythological character in the form of a snake-like creature eating its own tail, thus forming a complete circle. Since ancient Egyptian times, it has symbolized cosmic unity and eternal recreation. The Ouroboros can also be considered a symbol of the eternal cycle and infinity of time, which in turn is a wonderful analogy for a clock, so it is almost as if it is predestined to adorn a watch face. 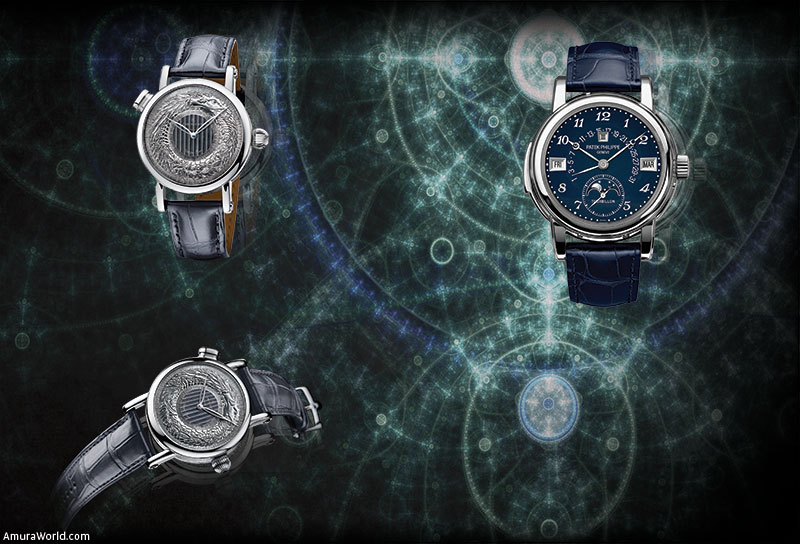 Set in a case made of solid white gold, the Ouroboros has been engraved by hand into a solid white gold dial. This is a time-consuming and extremely elaborate process which results in a three-dimensional serpent with a beautiful coating of patina. In the very center of the dial encircled by the Ouroboros´s body, the white gold has been embellished with côtes de Genève in galvanic anthracite, further adding to the allure of the timepiece and exactly matching the color of the elegant alligator skin watch band. The sapphire crystal case lets you follow the movement of the manufacture caliber, with its hand-guilloched rotor. The quarter repeater, one of the largest complications in field of watchmaking, is implemented with a striking mechanism made of two chimes.

One of the great classics of the Patek Philippe wrist Grand Complications, Reference 5016 unites in its Calatrava-style case three of the complications most highly prized by devotees of exceptional watches: the tourbillon, the minute repeater and the perpetual calendar with moon-phase display. As an additional refinement, the perpetual calendar is endowed with a retrograde date hand, which flies back to the 1st of the month after having reached the 28th, 29th, 30th or 31st, as appropiate, under the action of an ingenious mechanism controlled by a spiral-coiled spring. This graceful interplay of sophisticated functions is orchestrated by a movement comprising 506 parts, all painstakingly finished by hand with the refinement that distinguishes the watchmaker.

Reference 5016A-010 was created especially for Only Watch 2015 and is the first and only version of this watch to be produced in steel. The sheen of this metal, rarely seen in a Patek Philippe Grand Complication, compliments a blue enameled dial that perpetuates the tradition of the rare handcrafts.