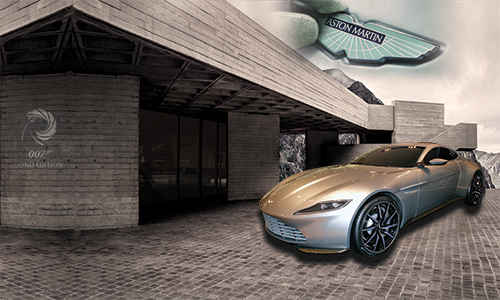 We enter a unique world were the best kept secret will only be shared with a few, as if an espionage mission was about to begin, the DB10 comes to us with a refreshing proposal that clashes Aston Martin with clean lines. This bet brings a light carbon fiber architecture and a design so unique it represents the before and after of this firm. The characteristics of the DB10 are sharp, without creases and a short rear end. The grille is already an Aston Martin icon, although it’s shorter and wider. A new design on the headlights and deep air vents in wings emphasise the width of the front track which accentuate the dimensions of this new automobile.

So it seems the brand has reached the epitome of it’s intellect in this project; just when we thought we had seen it all, the DB10 comes to show us that it’s British soul is here to stay.

We have had the opportunity to talk to Iván Marquéz (marketing director) and Martin Josephi (brand manager) from Aston Martin Mexico in order to learn a bit more about the creation of this project. 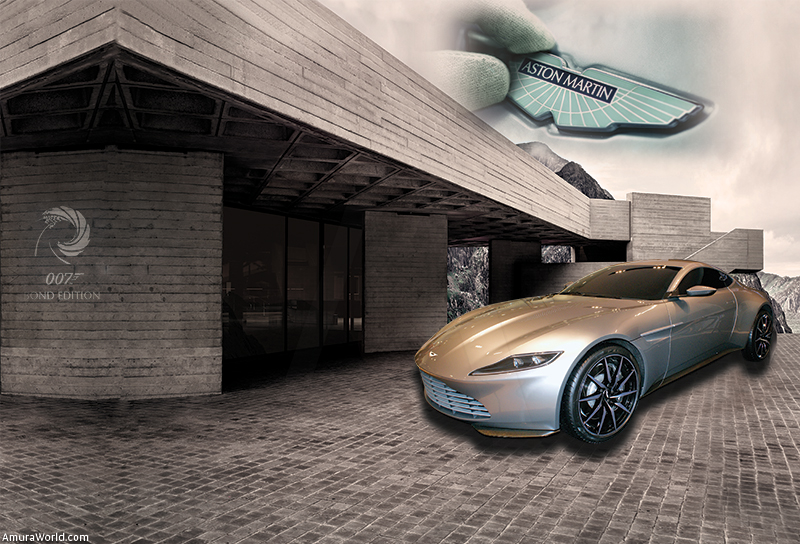 Let’s talk about the relationship of Aston Martin and 007, it’s been since Goldfinger (1964) that this partnership exists:

M- It has always been elegant, 007 as well. This automobile is very dynamic and sportive. It must be extremely fast, with excellent performance to manage car chases around the world, in every movie the destination has varied, in this case, it’s Rome. For my taste this has been one of the best partnerships. We have a mesmerizing product placement. I think the brands have seen it, both Aston Martin and the James Bond franchise. It’s the 24th time one of these cars has made an appearance in the movies.

What innovative design does the DB10 portray?

I- It’s design was inspired on a shark, even it’s color. It’s focused on the driver, this proposal is a bit selfish, before it on the front of the car; all the controls are found on the left side; but it’s profile is quite unique, it’s all made of carbon fiber, even it’s panels. It represents what Aston Martin is and what is next within it’s history; the grille is elongated, it has similar dimensions to that of the Aston Vantage. This tendency will be continued by Aston Martin.

M- What the brand has said is that some of the elements from the DB10 will be used to inspire the design of future proposals, 2016 won’t bring much change to the design; this is what these projects are used for, to see what people like and what looks good.  The design for the next generations take time.

I- The production of this car-from the sketch to the final version-, took five months; this took an incredible effort on behalf of Aston Martin.

Only ten units were made worldwide and all of them were used for the movie?

M- The official version is that all of them survived, one way or another. The DB10 that’s currently in Mexico was used for the shooting of the film and it’s in great condition. We know what will happen with three of them: one shall remain with Aston Martin, the other will stay with Sony Pictures and the third one will be auctioned sometime next year. To learn what will happen with the remaining seven we must wait until the movie has premiered. Maybe they will be kept.

You think that if you have the DB10 you will feel like James Bond?

M- If you are the one who shall have the DB10, yes. It will be highly collectable; for regular use a special version, DB9 Bond Edition, has been created, of these cars only 150 exists worldwide. This is a car that was produced in a normal way, but it does have special features: it has the same color as the DB10, special wheel rims and James Bond marks. However, of the 150 units that existed, all of them have been sold. It was a highly successful model.

Surely the auction of the DB10 will be around the millions of dollars. i think you can consider yourself part  the 007 family; the one who has the DB10 will also have access to future events related to the franchise; it’s a unique article. 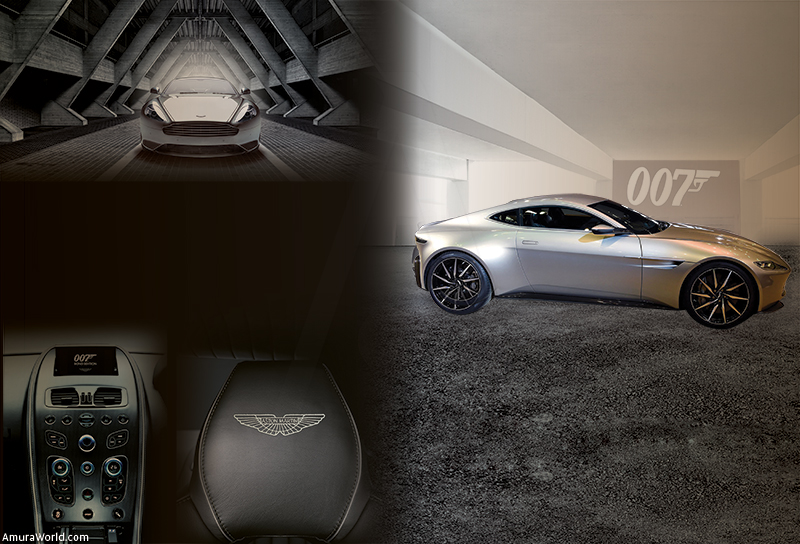 Was any innovation made toward its engine?

I- No, actually the engine is the same found in the Vantage V8, it’s a 4.7. No innovation was made on the performance departament, this car isn’t about that. It’s a project that was created for the movie; the only innovation made was in design. It almost doesn’t have any lines, usually when the hood closes you can see them, in this occasion they are not visible; it’s a very pure proposal. It almost doesn’t have any creases, it possesses a manual transmission, just like Vantage.

M- Something very particular about DB10 is that the distance of the axes is superior to other versions of Aston Martin. You can’t make a full innovation proposal for a 10 car series. Vantage’s base was taken and over it’s panels the DB10 was created. The space between each wheel is much more vast that other versions ever made, it’s bigger than the rest of the lines we have.

Is there some anecdote that you can share about the movie?

M- In Rome, while the shooting of Specter was happening, 350 people had to be positioned in different parts of the bridges in order to block the street, they had to make sure that all of the maneuvers could be made. In the river scene, the car passes through five different bridges, that’s almost four kilometers of action scenes.

Is this the first time an automobile is made exclusively for a movie?

M- For Aston Martin it is. When Skyfall was filmed a DB5 made an appearance. It wasn’t used though, because it’s a classic car. This is the reason why there isn’t any chase scenes with it. This is another reason for the name “DB9”, it still exists and it’s original version is the DB5. The name DB10 is due to the fact that only 10 cars were created. It’s something very special, creating a car specifically for the movie.

I- I believe it’s some sort of celebration between Aston Martin and James Bond. They had to immortalize the moment and produce something extremely special.