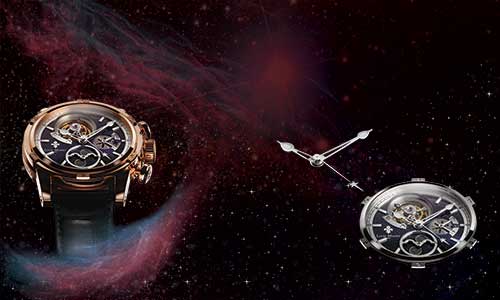 (Louis Moinet is the only watchmaking brand that includes meteorites from the Moon and Mars in their designs.)

(Louis Moinet was a watchmaker, academic, painter, sculptor and professor at the School of Fine Arts of France, and the author of Traité d’Horlogerie, a watchmaking treatise published in 1848, which became a solid reference for a long time.)

This model is a beautiful chronograph decorated with an engraving representing the cosmos. It has moon-phase complication positioned at 11 o’clock, made as expansive as possible so that it can be admired in its entirety, against an aventurine backdrop, with components symbolizing the starry sky that contain genuine meteorite fragments. This work of art comes in a 46.5 mm format, features a 50-hour power reserve and a caliber based on a historic Venus (acclaimed since the 1960s as a benchmark for chronographs). It is a limited edition of just 28 timepieces. The chronograph is inspired directly by “Compteur of tierces”, the first in history, invented in 1816 by Louis Moinet. 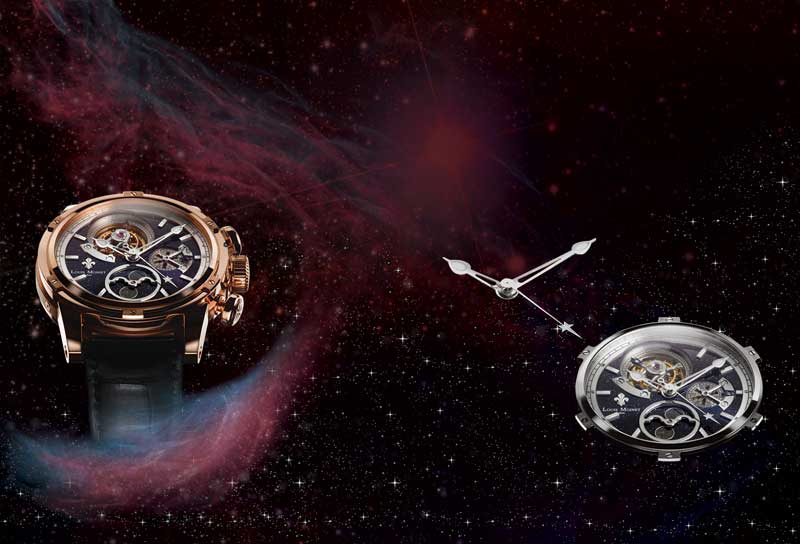