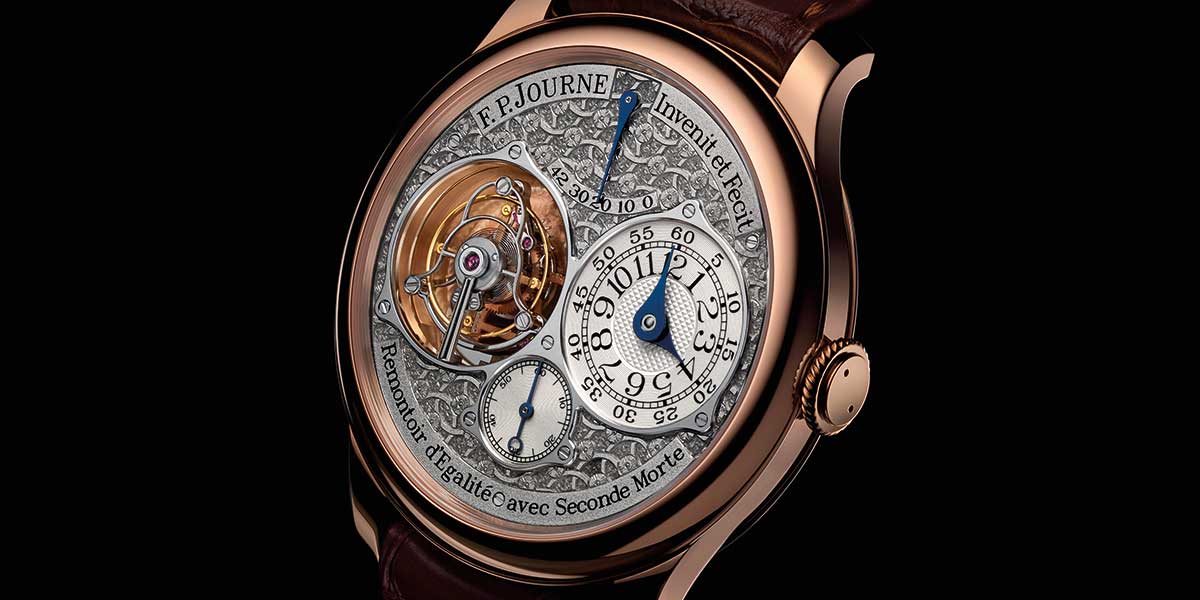 Once, as a child, François-Paul Journe had an ambition of owning a tourbillon of his own. In 1999, he finally launched the first model of the Tourbillon Souverain—the only tourbillon with a remontoire at the time. Now, the Tourbillon Souverain Regence Circulaire is powered by the most accurate mechanism in the horological market. The caliber 1403, housed in a 40 mm case, is manually wound, made with 18K rose Gold and 26 jewels with a frequency of 21’600 VPH 3 Hz and a power reserve of 42 ± 2 hours. The white gold dial pays tribute to 18th-century watchmaking with geometrical motifs of the Regency period—engravings handmade by a Genevan artisan. The watch is limited to 20 pieces. 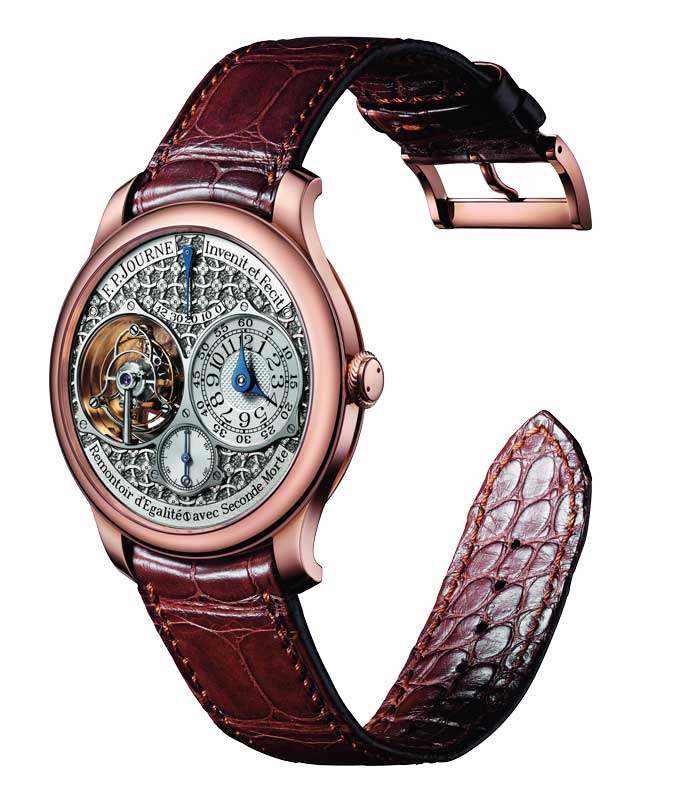 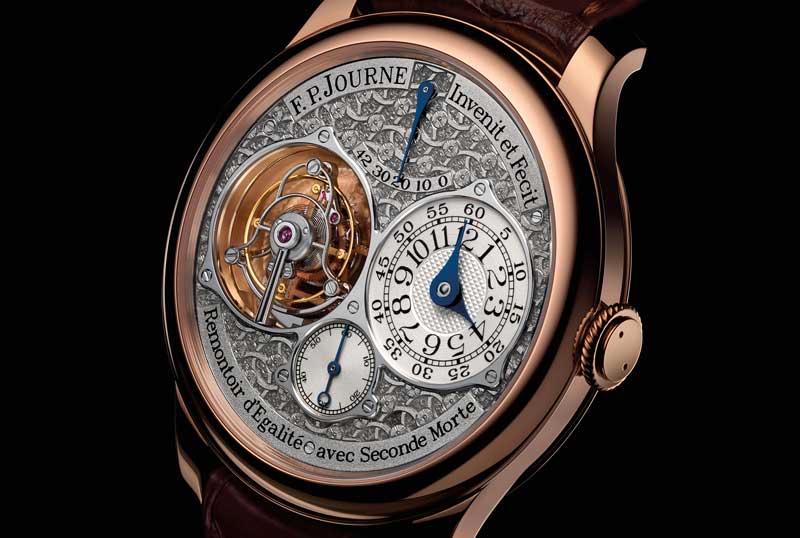