The horizon of the road

The horizon of the road

Travelling at high speeds is one of the most cherished desires of humanity to whom nature has denied the possibility of achieving them by themselves, and yet uses his wits to get there. This challenge was taken up by the most prestigious automotive companies in the world, which have been commissioned to produce not only the more luxurious cars, but also the fastest.

From this, a race between the companies for being the fastest on the road has resulted. And with each new and exciting launch of one of these marvels on wheels, a new car gets announced that threatens to unseat it, hence the excitement of automobile enthusiasts when a new concept car is unveiled.

Citroën is looking to venture into one of the most promising areas in terms of sustainable technology for the future: electric cars, and does it so dramatically with the Citroën Survolt, which follows the footsteps of his predecessor, the Revolt, but incorporates a combination of both environmental awareness and a top speed of 260 kilometers per hour.

Similarly, Shelby Super Cars announces the Tuatara, the first of a new generation of super cars, which inherits and extends the capabilities of Ultimate Aero, and looking also as an implicit challenge: unseat the Bugatti Veyron Super Sport as fastest car on the planet.

Finally, the Koenigsegg Agera R, belonging to the Swedish house of the same name, is the successor of Agera, another impressive sports car, and that has the goal of not being the fastest, but to reach the highest speed in the shortest time. 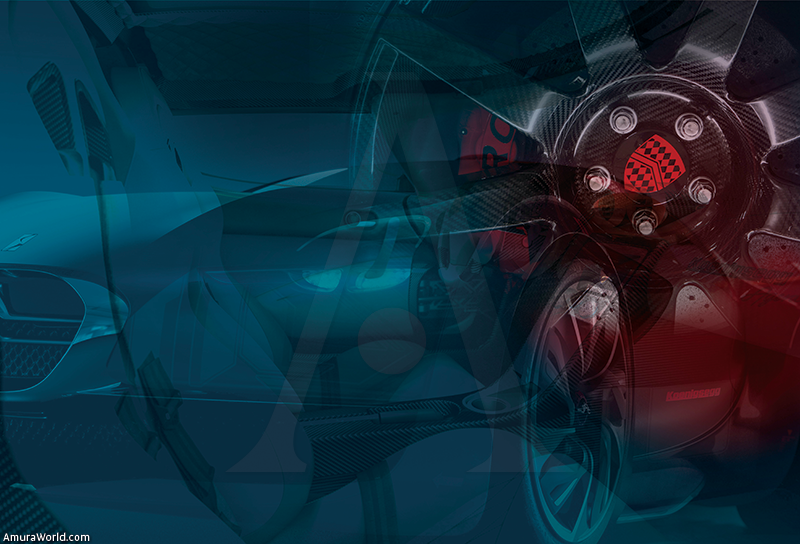 Throughout nine decades of history, Citroën has always aimed for innovation in automotive designs and technologies. In the last years, it has placed particular emphasis in the development and implementation of electric engines in order to eliminate pollutant emissions.

Inspired on the Revolt, a concept that the French company unveiled last year, the Survolt follows the sustainable trend that is becoming more frequent in many aspects of everyday life, but now it holds a much more sportive style and fuses speed with ecologic awareness in a harmonious way.

The Survolt represents Citroën’s concept within environment friendly sports cars. With 3.85 meters long and 1.87 meters wide, it combines the classic elements of a car of its type, such as reduced dimensions and aerodynamic lines.

The gray shade contrasts harmoniously with the details in blue or fuchsia. As to the front, two horizontal headlamps inspired by the sports racers and led lights give it a futuristic, sophisticated touch.

The interior was created with the combination of organic elements with technology; for example, the steering wheel and its base, that look like they are emerging from the dashboard. As the butterfly doors open, two chrome finished stabilizer bars, can be seen surrounding the driver and passenger seats, giving a sports touch to the inside. This is intended to provide an atmosphere of comfort and refinement for the two occupants.

The power of the Survolt comes from its two electric engines; together they can reach up to 300 Horsepower. They also allow it to accelerate from 0 to 100 kilometers per hour in less than 5 seconds. The engine’s running is rather silent for a sports car. 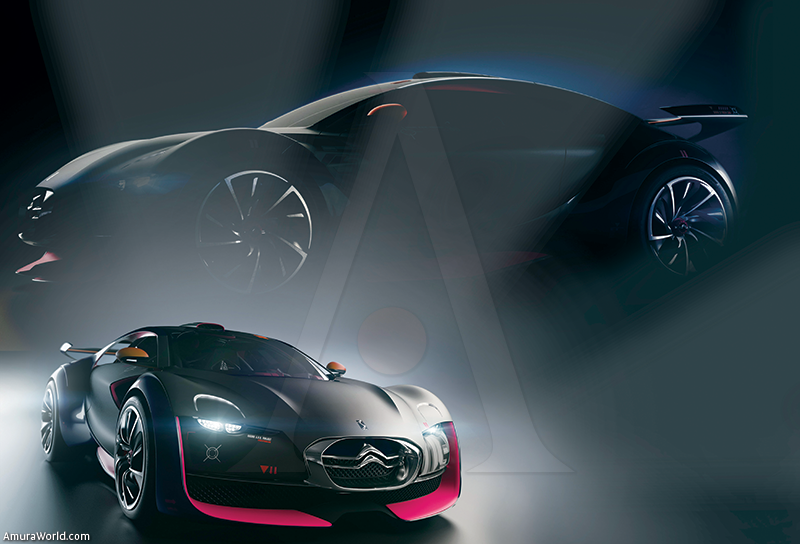 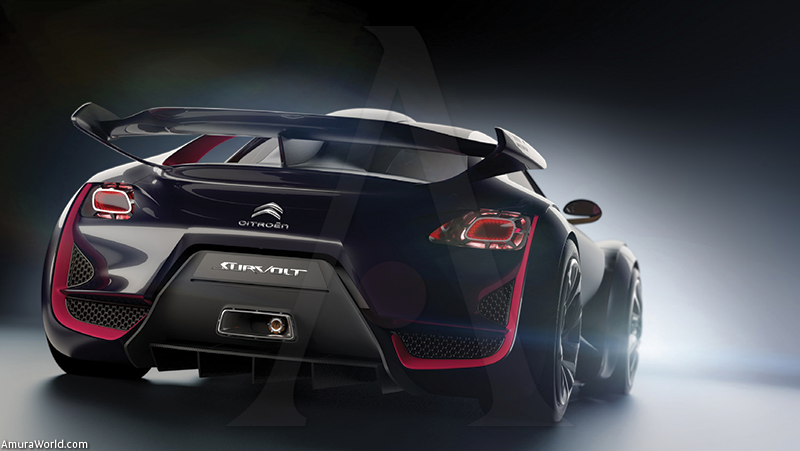 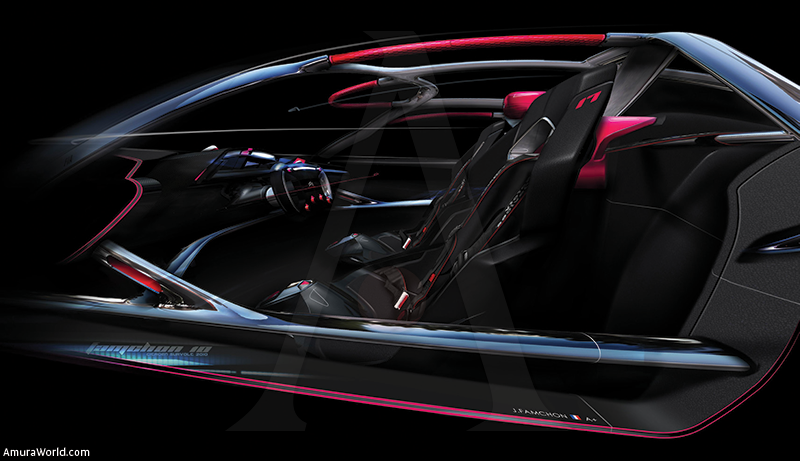 In the relentless competition for the title of  the fastest, Shelby Super Cars has launched many automotive works that have left their significant marks. In 2007, the SSC Ultimate Aero was taken to the speed enthusiastic audience and presented as a worthy opponent for the Bugatti Veyron; indeed, it even managed to seize the latter’s record of the fastest car in the world, until the arrival of the Bugatti Veyron Super Sport.

Now, the new generation of cars belonging to the North American house presents the SSC Tuatara, a car that seeks, no more no less, to overthrow Veyron’s variation as the fastest sports vehicle in the world and to go beyond the record of 431 kilometers per hour. To face this daunting task, the SSC team of 16 engineers focused their efforts to design and build the Tuatara. The result represents the next step in the evolution of the SSC.

The SSC Tuatara combines ultimate technical advances with the imposing and classical aspect of the Shelbies. Both body and chassis are built on a carbon fiber base, and have many aerodynamic openings that allow it to ventilate the heat that the engine generates. It also has two sober and elegant ailerons that have an aerodynamic and stabilizer function.

The exterior, sporting a delicate combination of style, sophistication and functionality, is constituted by the bold lines that give shape to the car. The canopy and the windows fuse in a single dark outline that contrasts with the predominant white, while details such as the blue headlights and the red taillights provide a balance of colors.

On its own, the Tuatara’s inner machinery, which gives it the capacity to accelerate as SSC states, is constituted by a V8 Twin Turbo engine that generates 1350 Hp. With this power, it is expected to go from 0 to 100 kilometers in 2.8 seconds, with a maximum speed of 443 kilometers per hour. 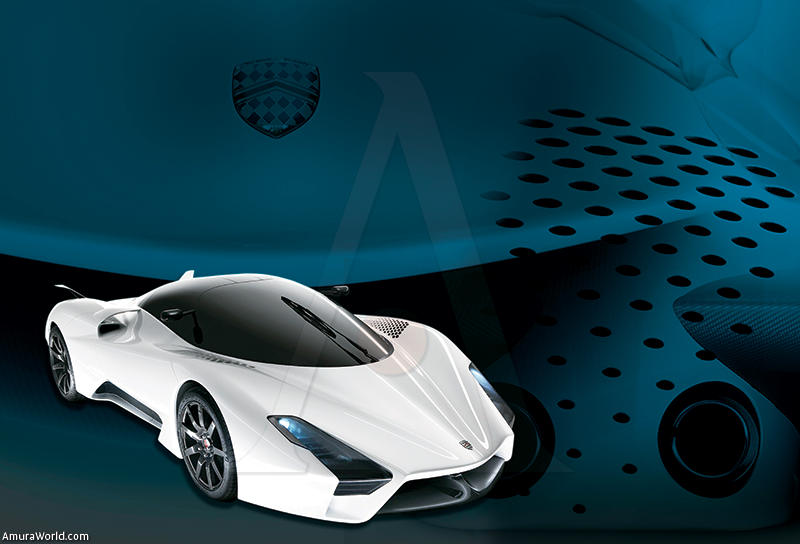 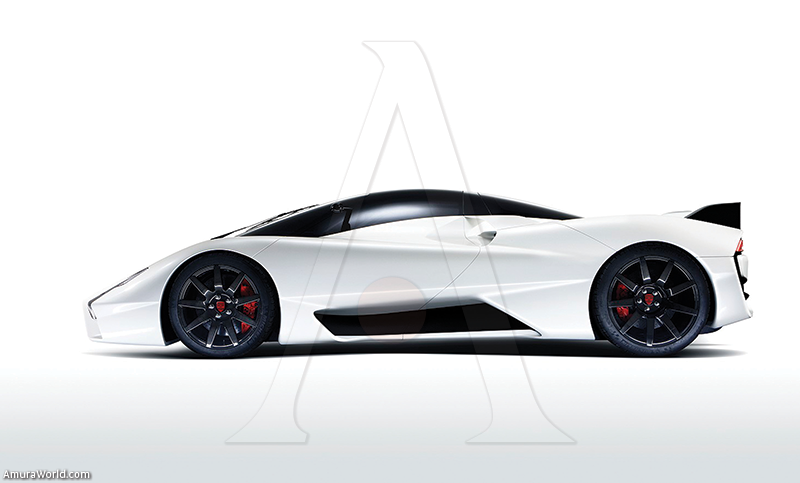 The Swedish company Koenigsegg continues with its supercars line and now launches an amplified version of one of its flagship cars: the Koenigsegg Agera R, which undoubtedly represents a step forward in the race for the fastest on the road, although in different ways.

In aesthetics, the Koenigsegg Agera R is almost identical to the original mode; it is constructed of carbon fiber and lightweight reinforced kevlar. Also, the chassis is made of carbon fiber and aluminum honeycomb. However, the Agera R also includes a rear dynamic spoiler, unlike the standard version, automatically adjusts itself by wind pressure when traveling at high speeds, reducing the wind resistance on the car.

The Agera R internal machinery also differs from the original version, using ethanol as fuel instead of gasoline to power the seven-speed twin-turbocharged V8 engine, which gives the car almost 1099 Hp.

According to Koenigsegg, this force output will allow the Agera R reach 100 mph in 2.9 seconds, and 200 in 7.5 seconds, to eventually reach a top speed of 394 kilometers per hour. Under this last parameter it might fall short to the Bugatti Veyron, although the latter reaches the barrier of 300 km in 16.7 seconds, while Agera R does it at 14.53. 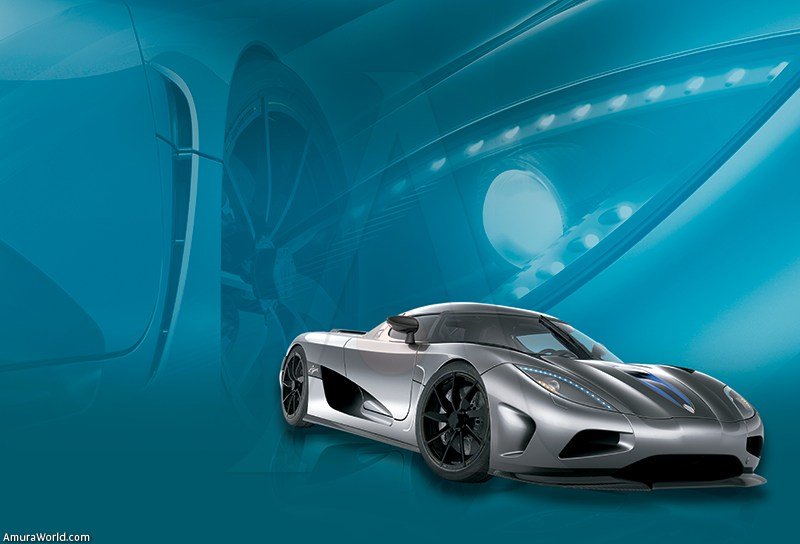 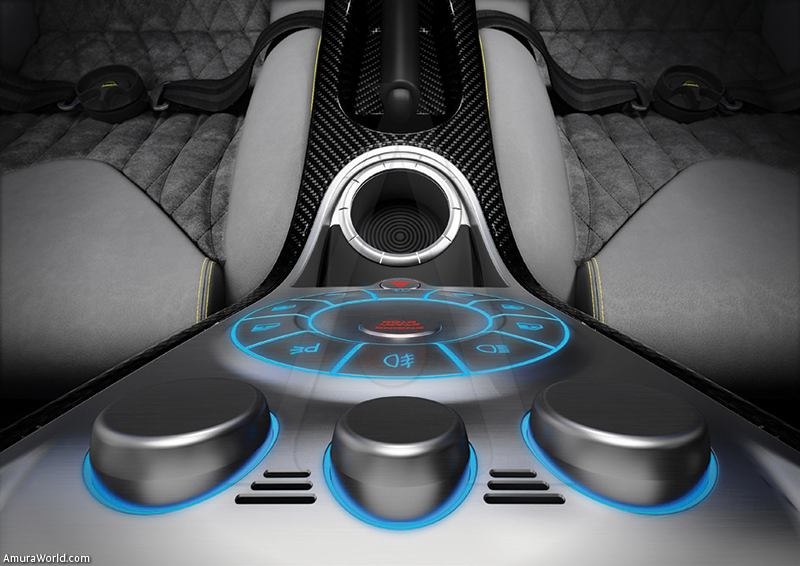 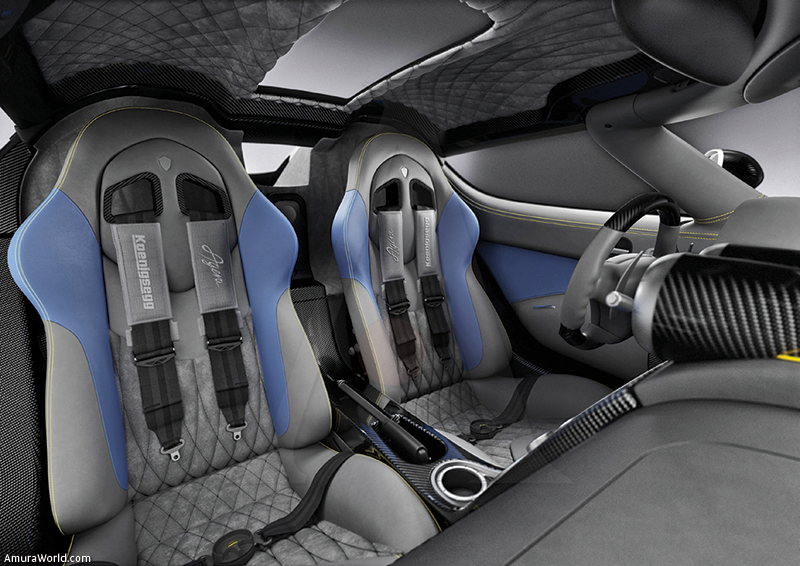