The road to evolution

"Renew or die”, reads that old phrase that emphasizes how essential evolution and adaptation are for survival in each and every aspect of existence. The automotive world is no exception and even though there are masterpieces that will not lose their status, new proposals are proof of how far the world class luxury brands are willing to go in order to excel and offer speed, comfort and luxury.

To celebrate 100 years of existence, U.S. firm Chevrolet could not choose a better commemorative model: The Corvette Z06 Centennial Edition, the first of a limited edition of this model based on the Corvette Z06’s design, including improvements and details that refer to Chevrolet’s centennial celebration.

Meanwhile, Bentley updates its Continental GT, a luxury coupé launched for the first time in 2003. The changes in the car are mainly focused on making the car look subtly more aerodynamic, including more comfortable and refined interior, as well as adding the option of installing a more powerful engine. 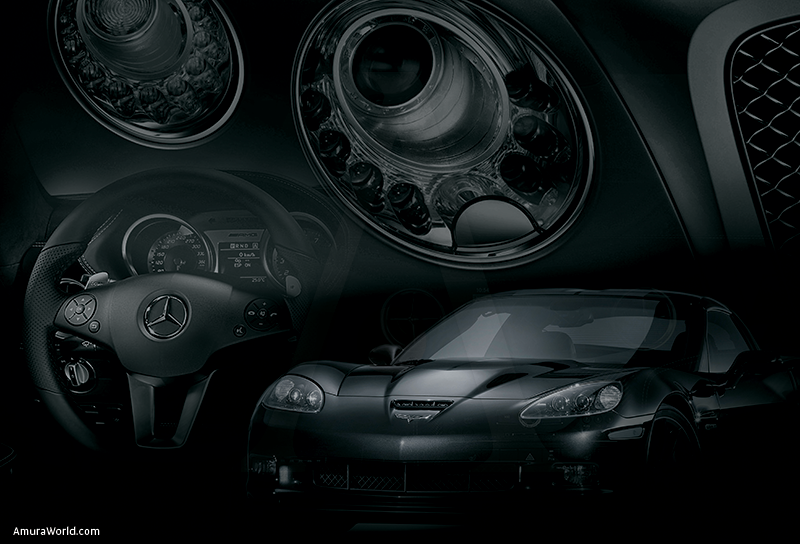 The german company Mercedes-Benz also bets on evolution and launches the Mercedes-Benz SLS AMG, a fine piece of engineering that is a direct descendant from the 300SL Gullwing, incorporating more modern elements in the classic grand tourer setup. Among these innovations, the SLS-AMG includes equipped interior and the first engine developed by the renowned subsidiary AMG.

In 2003, the British firm Bentley launched the replacement of the Continental R and T: The Bentley Continental GT, which over eight years has been the basis of several sub models including a convertible and a super sport, besides being an admired car for its beauty and functionality.

After nearly a decade, Bentley decided to create the second generation of this car, which promises to be even more attractive and powerful than its predecessor. However, according to the firm from Crewe, the new Continental GT is not only an improved copy of the car bearing the same name. 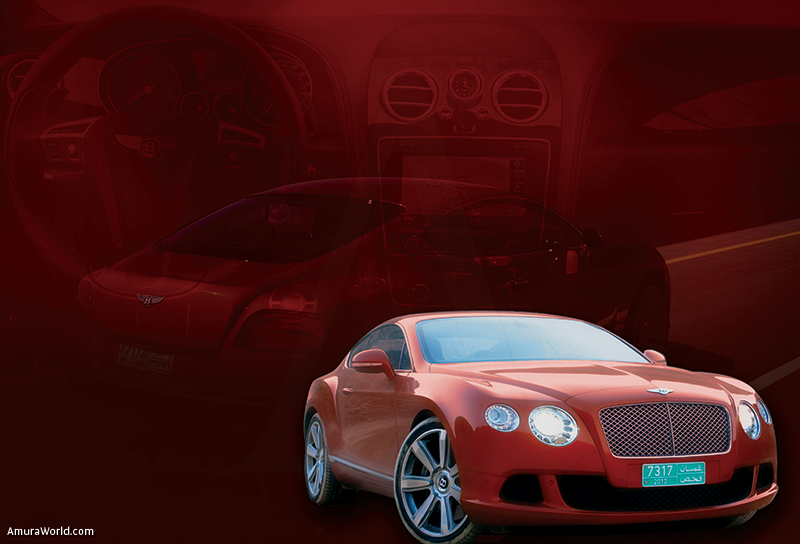 The Continental GT’s exterior didn’t suffer major changes, although some details were enhanced. The front of the car has an almost vertical grid giving it a totally different look from the 2003 version. The rear lights adhere to the curves that mark the fenders on the rear wheels, giving it a more aerodynamic look.

The interiors were created with the utmost care and high quality materials. Nothing on the board of Continental GT proves to be an imitation of what appears, the steel and wood finishes are made out of wood and steel. The seats have heating and massage systems, and rear passenger seats have 2 inches of extra space. It also has acoustic crystals, floor protectors and anti-vibrating panels that eliminate unwanted noise.

The engine will be the same six-liter W12 that used its predecessor but with improvements. However, Bentle announced that this new generation will also offer the option of a four-liter V8 engine. This machine will allow the Continental GT reach a 319 km/h top speed. 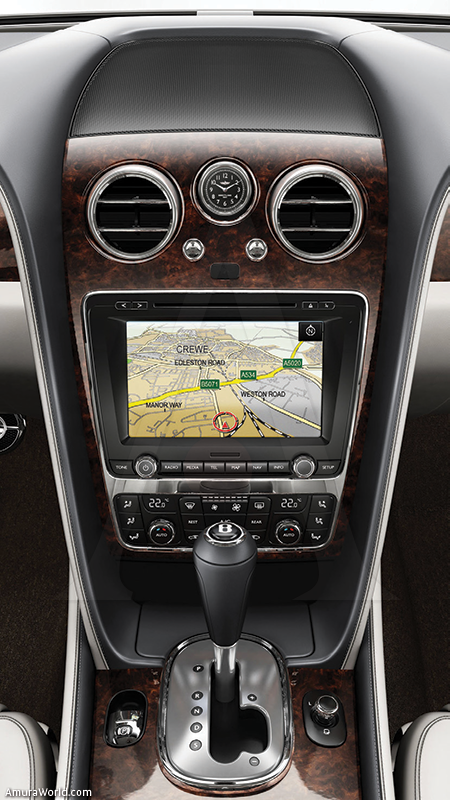 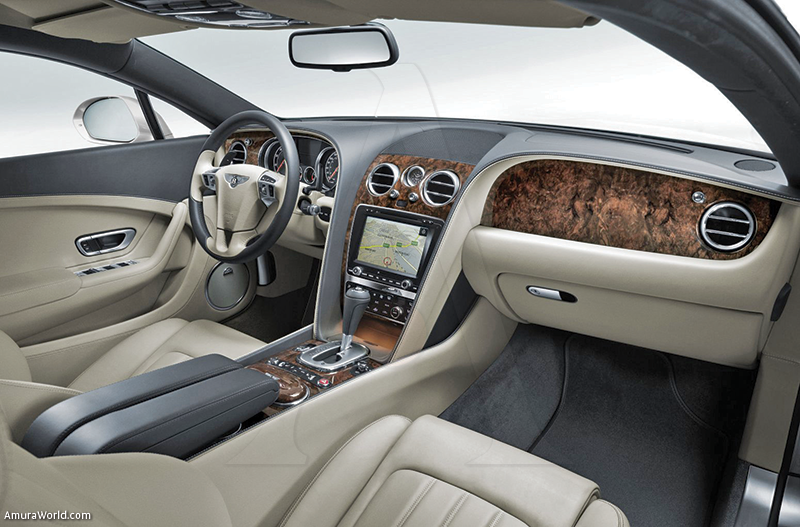 Without a doubt, the Chevrolet’s Corvette is a legend on its own. With nearly 60 years of production, this sportive car has been a symbol not only for the company, but also for the entire automotive world.

Through the decades, several models have been produced under the name of Corvette, deriving in the sixth generation models with the Z06, which now presents a special edition: The Corvette Z06 Centennial Edition. 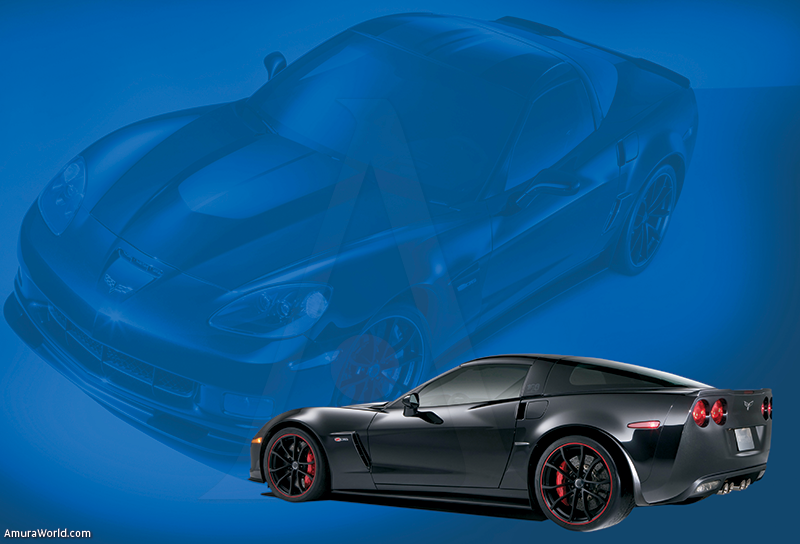 As its name implies, this car celebrates one hundred years of Chevrolet’s founding and is part of a package that will be available for the other Corvette models, not just the Z06, but also the Grand Tour and the ZR1.

The Centennial Edition is exclusively featured in an elegant Carbon Flash Metallic tone with clean lines, wheels and graphic details in general display a glossy black tone, while the disc brakes are highlighted by their red color. Also, images of Louis Chevrolet are located on the B-pillars, the central cap of the wheels and on the core of the steering wheel.

In its technical aspect, this special edition has a 7-liter V8 LS7 engine with 505 horsepower. The exclusive tires for the Z06 come in 19 and 20 inches, as well as 18 and 19 inches for the Coupé, Convertible and Grand Sport. Additionally the model includes the Magnetic Selective Ride Control, the fastest reaction suspension technology. 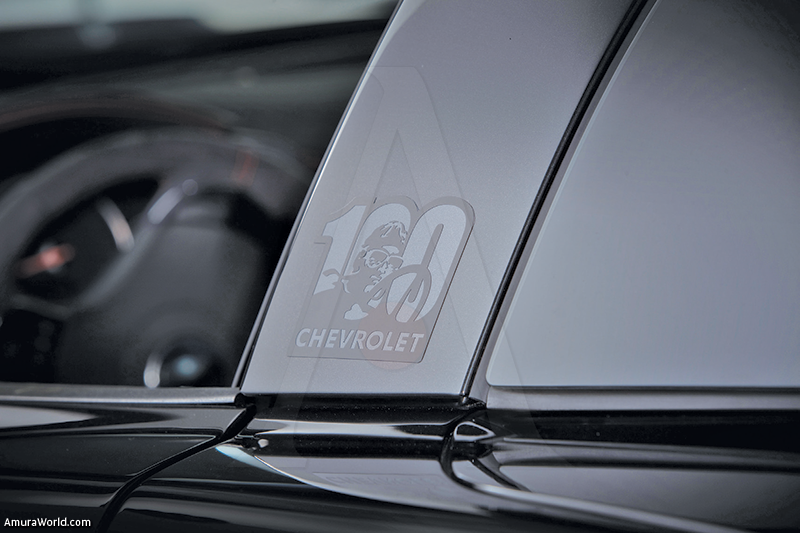 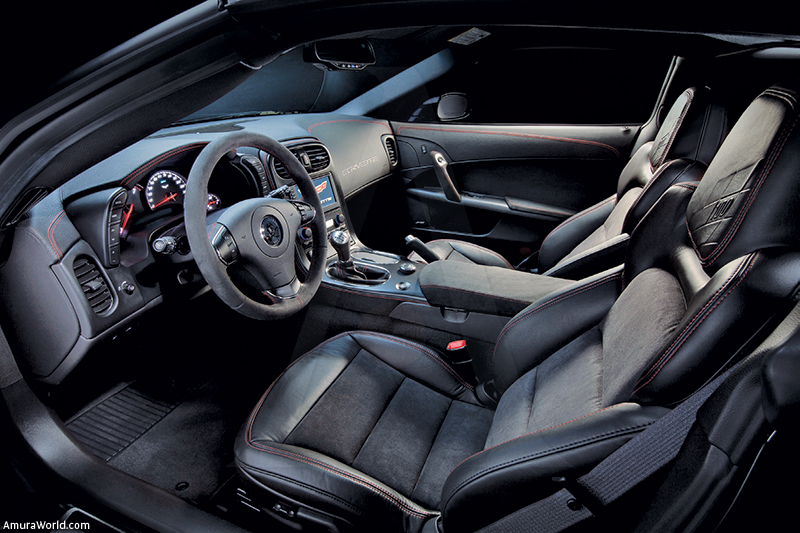 The lines of the car are defined by a large hood of almost two meters long, which enhances its aggressive and aerodynamic look, this is achieved through details like vents behind the front wheels, the gull-wing doors or dramatic curves and lines that make the SLS AMG look stunning even when parked. 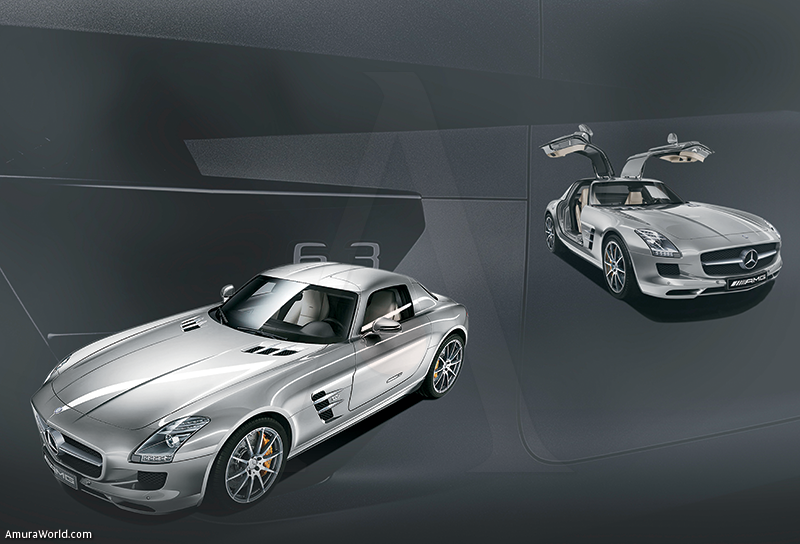 The interiors have heated leather seats with lumbar support, and adjustable arm supports. For its part, the board has a LCD display and several indicators. Although there is no rear seat there is instead a large luggage space fully customized. Among other options available to the client are a Bang and Olufsen sound system, reverse camera, Parktronic system and aluminum sport pedals.

The 6.3-liter V8 DOHC engine was manufactured by the Mercedes-Benz subsidiary AMG, and it is the first to be fully developed by this firm. It has a 571 horse power capacity and 650 Nm torque, giving it the power to reach 317 kilometers per hour. The engine included a new intake system, valve train and camshafts. The transmission is called AMG Speedshift DC 7, with automatic 7 gears and dual clutch. 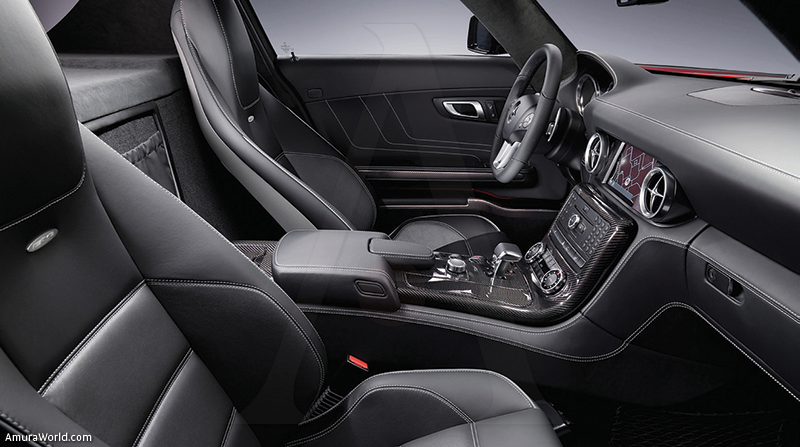 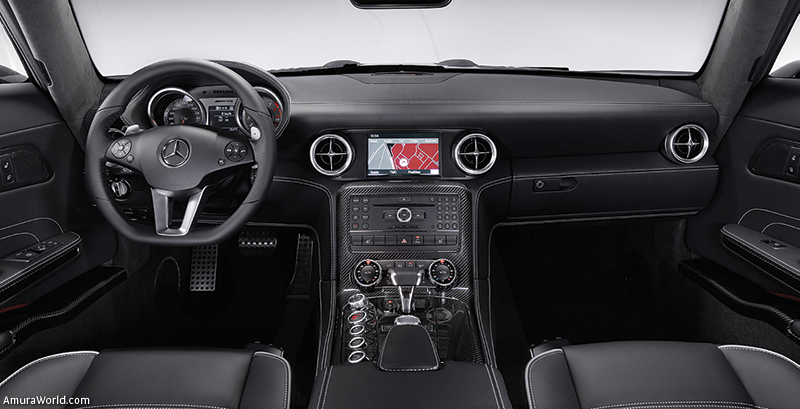