Koenigsegg endorses the authorship of the “hypercars” 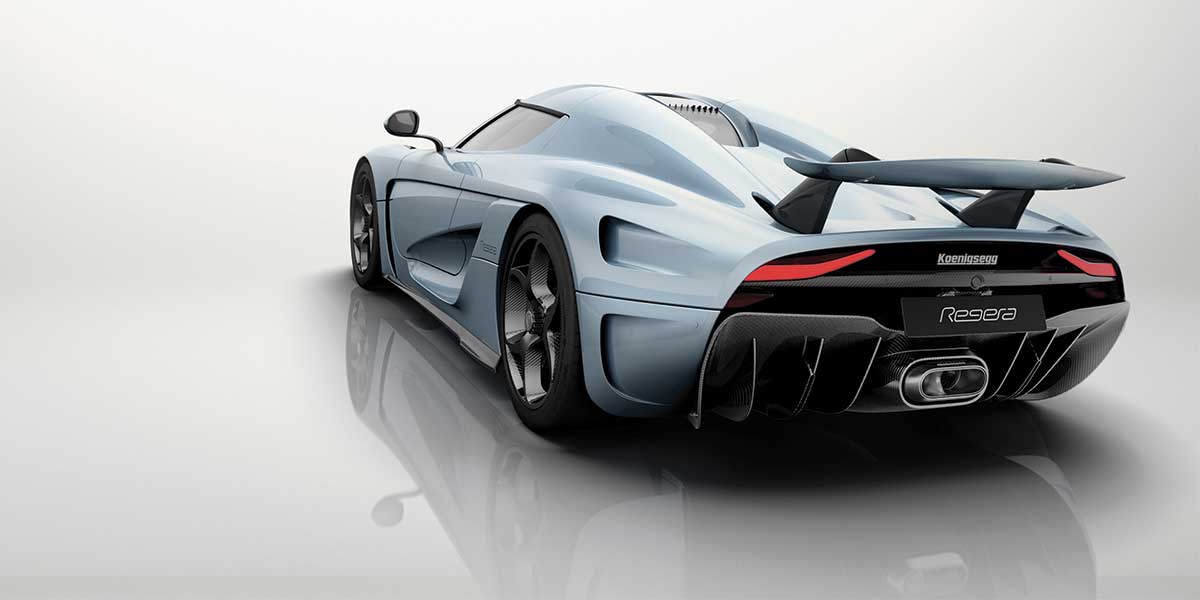 The automotive industry is changing rapidly, both in technical advances and in the protagonists that appear every year. Everyone is trying to make supercars or hypercars to present to the world during the Geneva Motor Show. However, Koenigsegg has been ahead in this category since it launched at the beginning of the millennium its first car: the CC8S.

From that moment it was clear that the mindset of founder, Christian von Koenigsegg, was to make the fastest car in the world and, at the same time, to make a stylistic design statement that remains true to itself to this day.

In 2019, Christian shared that he would make a completely new car, accessible, and that it would not replace any of the brand’s current models but would complement them. Great news for all lovers of this company, as it meant a great step forward as it was the first time that Koenigsegg would have two different models at the same time.

This car is the Gemera and it was the sales director for Koenigsegg in the United Kingdom and America, Tariq Ali, who traveled to Mexico to present it. I was able to share a coffee with him and we talked about this new project. I hope that, by reading this interview, you will understand, as I do, more about the Swedish brand, that knowledge turns into admiration and admiration into love. 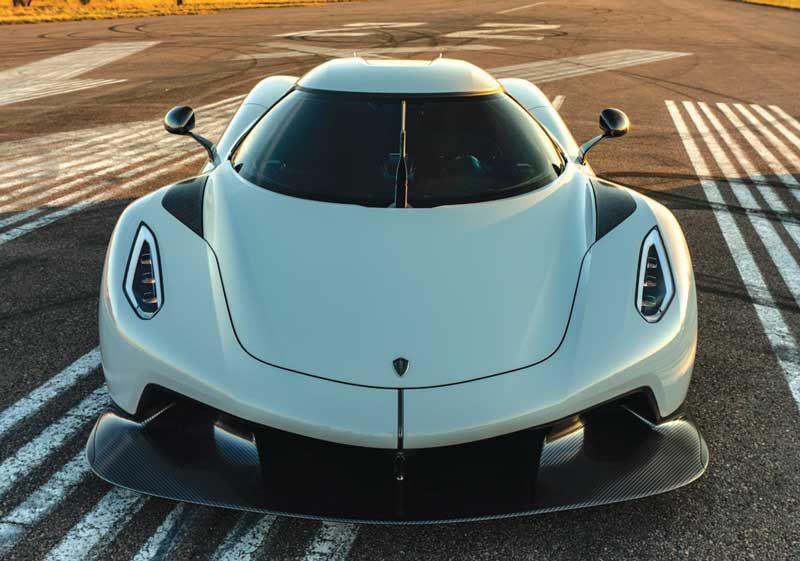 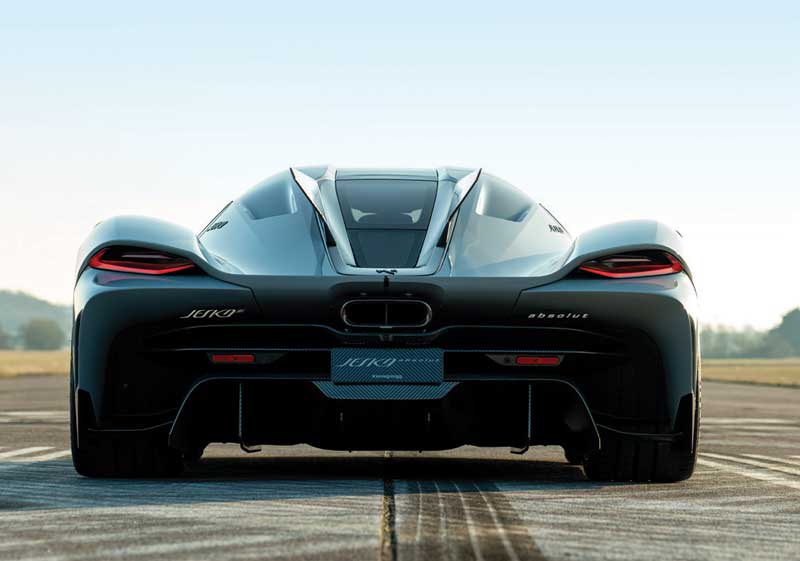 Daniel Marchand (DMM): How did the Koenigsegg brand start?

Tariq Ali (T.A.): Christian von Koenigsegg has always been passionate about mechanics. He started as a young man modifying mopeds for his friends. When he was old enough, he asked for a loan from the Swedish government to start a “design house”, as they wouldn´t give him one for a car company, and so, with eight employees, the story began in 1994.

DMM: What was the first car?

T.A.: The CC Prototype was the first car we made. That car already had a lot of what Koenigsegg is today. The flagship “Dehideral” badge doors, a wraparound windshield, removable canopy and great power. This car was first driven in 1996.

DMM: Clearly the CC Prototype was successful, otherwise the brand would not exist today.

T.A.: Many people believed in Christian’s project. Jesko, his father, gave almost his entire estate to support his son’s dream and accompany him on the journey to, four years later, during the 2002 Paris Motor show, present the new 655 bhp model: the CC8S Prototype.

At the end of the show, he received a call from a German buyer to purchase the car. To this day, that person remains a close customer of the brand and, like Jesko, is a part of Christian’s dreams.

DMM: That was the car that broke the Guinness World Record?

T.A.: The Paris Motor Show car was used for homologation and crash testing. From that car, we made the CC8S which had a supercharged 8-cylinder engine, hence the name. We only got to do 6 cars and that was the production car that broke the record.

DMM: Everything seemed to be going perfectly with Christian’s dream. What happened after those eight cars?

T.A.: Yes, everything was going perfect, until unfortunately a candy vending machine caught fire and burned down the factory. Although the entire building was burned, the employees were able to salvage prototypes, parts, molds and almost everything that was valuable to the brand. Everything happens for a reason, and thanks to that forced move, the government granted the land that is still our headquarters, a former military base in Angelholm.

DMM: I have heard that the ghost symbol, characteristic of the brand, is related to that military base, is that correct?

T.A.: The ghost was the symbol of the air squad where we established our factory. In the 1920s and 1930s, they had an extremely advanced plane that took off before dawn and landed after dusk, so locals never got to see the plane, they only hear it. So, people started calling them “ghosts”, and the pilots decided to put the symbol on their planes. Once Koenigsegg inherited the factory, one of those people, who still worked there, asked Christian to put the symbol on his car, to continue the tradition of the place. 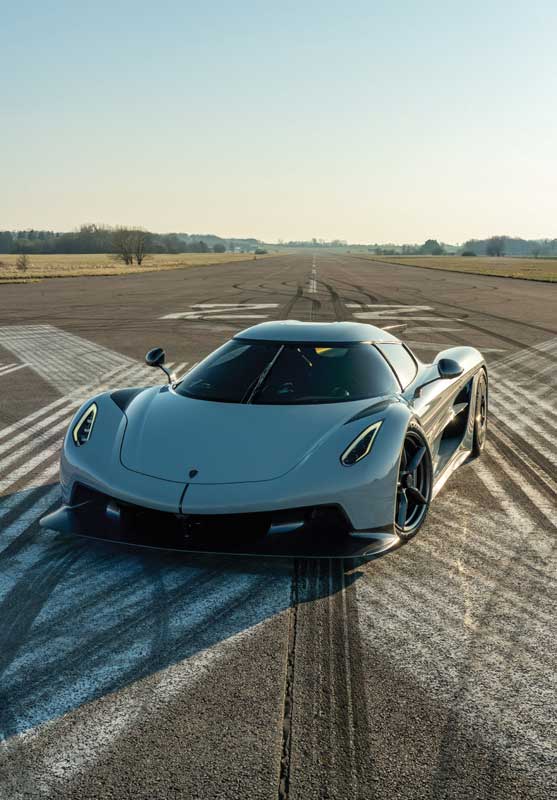 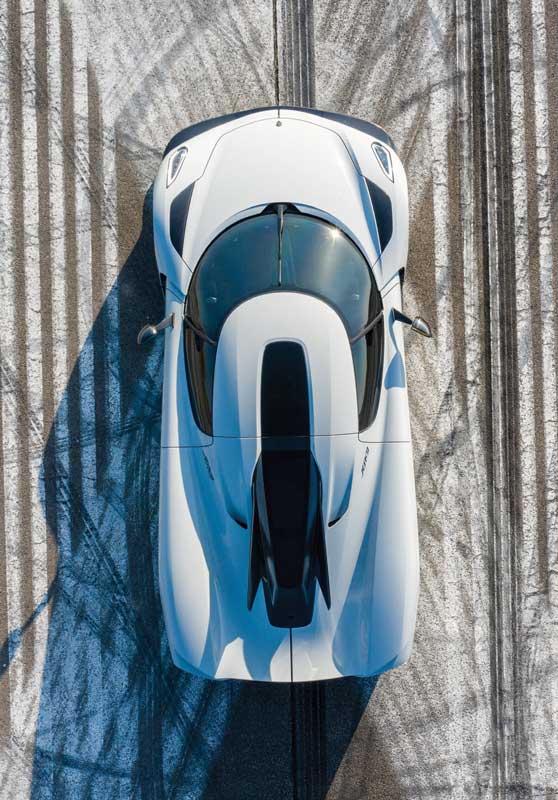 DMM: What followed after the CC8S?

T.A.: It was followed by the CCR, of which we made 14 units from 2004 to 2006. This car improved enormously as it had a renewed design: larger brakes, tires and wheels, a larger front splitter and rear spoiler, plus an engine with 150 bhp more, to reach 806 horsepower.

With the CCR we won two more Guinness World Records, the Most Powerful Production Car and Fastest Car in the World by beating the McLaren F1, reaching 387.86 km/h at the Nardo track in Italy.

T.A.: Speed and performance have always been Christian’s goals. After the CCR we did the CCX, and that car also set records. This time on the popular Top Gear Show, the driver Stig set the fastest time on his track, which we held for 7 years. We produced several versions of this model, such as the CCXR, that could run on ethanol or gasoline; the CCGT, with which we wanted to run the GT1 class at Le Mans; the two special Edition versions; the Trevita; and the Special Edition. All of these had peculiarities and carried the same engine capable of completing 0-300-0 km/h in 29.2 seconds, that is, accelerating from 0, reach 300 km/h and braking to zero in that time. Incredible. 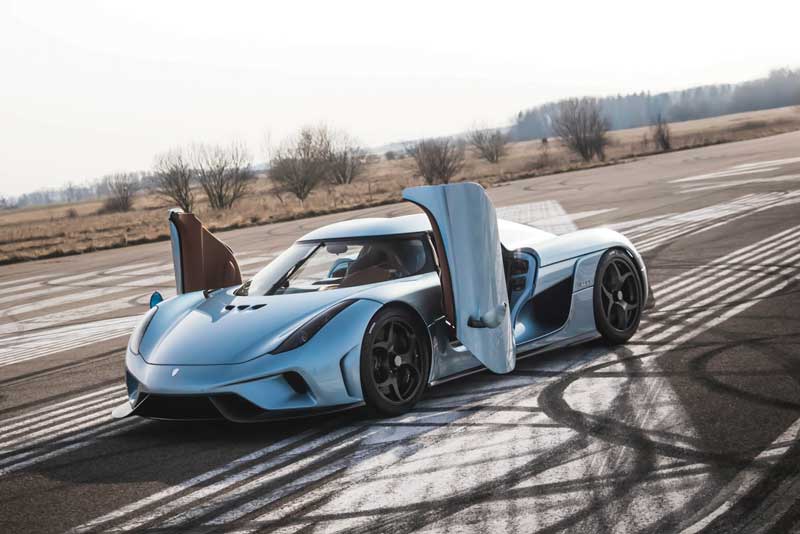 DMM: In 2010, Koenigsegg introduced the Agera, tell us more.

T.A.: The Agera has been one of the most important cars for Koenigsegg. We changed radically by going from twin-supercharged to twin-turbocharged. We redesigned many aspects, such as the interiors, the wheels, the exhaust system to reduce turbo-lag as much as possible, and so we achieved an amazing 960bhp.

DMM: Achievements with the Agera?

DMM: What cars are currently in production?

T.A.: The Regera and the Jesko are the two current cars of the brand, and soon we will start with the Gemera soon. The Regera is a car that we launched in 2015 that has more than 1.500bhp and no gearbox. On the other hand, the Jesko has an ultralight 9-speed gearbox and a 5-liter V8 engine with 1.600bhp. The latter is a very special car for us, as it was made in honor of Christian’s father, Jesko von Koenigsegg.

DMM: Now... The car of the moment is in front of us, the Gemera.

T.A.: We launched this car last year and I think we will not have any units available soon. The market has found this car fascinating! We have never done anything like this before because it is a 4-seater super sports car with capacity for 4 carry-on luggage, and yet it does not lose the essence of Koenigsegg: the doors, the speed, the performance. You must see it to understand what I’m talking about. I will end by saying that it does 0-100 in 1.9 seconds and will reach 400km/h in record time.

Text: Daniel Marchand M. / This email address is being protected from spambots. You need JavaScript enabled to view it. ± Photo: Koenigsegg