As homage to Mark Twain’s mournful centennial, Montblanc has dedicated this edition to one of greatest American novelist. The exclusive writing instrument in an homage to the creator of such classics as “The Adventures of Huckleberry Finn” and “The Adventures of Tom Sawyer”.

Samuel Langhorne Clemens, born 175 years ago, attained global recognition under the pseudonym of Mark Twain. The American author underwent a decisive part of his life at the helm of a steamboat that crossed the Mississippi river. The term “Mark Twain” is a literal translation of “twin braces” and it corresponds to the minimal depth allowed for the passing of vessels through the Mississippi river.

Twain was an opponent of slavery and racial segregation. His works were social critiques, entertainment novels and short stories that inspired a generation of authors.

His first works included naval reports, humours verses and short stories, although as the years went by, more than 30 monumental works surfaced. 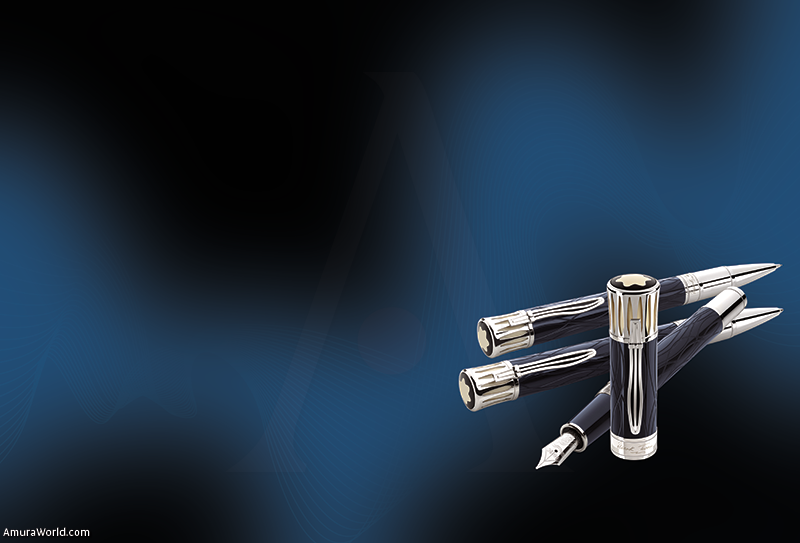 “The Adventures of Huckleberry Finn”, published in 1884, became a masterpiece and won him not only literary fame but a reputation as a literary genius. The story, which unfolds throughout the Mississippi river, tells about a boy and a fugitive black slave and gives proof that friendship and trust can bring down racial walls.

The MontBlanc Great Authors Mark Twain Edition is entirely inspired by the works of the legendary author and his southern roots, present in many of his works. The lines of the cap and body of this writing instrument made of deep-blue precious resin are inspired by the soft waves of the Mississippi.

The upper part of the cap is designed to evoke the chimneys of the steamboats. These are illustrated with ivory-colored precious resin. The clip is stylized in the shape of a Jew’s harp, a popular musical instrument during Twain lifetime. Under the clit, the ring around the cap is marked with the author’s signature, as well as limited edition number.