A fundamental artwork made in three-parts, totally Corum

As a longstanding partner of the most prestigious regattas and leading sailors such as Loïck Peyron and Ben Ainslie, the development of a caliber combining a countdown function with a chronograph, was a logical step for the fine watchmaking brand Corum. This has now been accomplished in the new Admiral’s Cup AC-One 45 Regatta, equipped with a regatta function entirely developed by Corum.

The powerful, innovative and efficient Admiral’s Cup AC-One 45 Regatta model beats to the tune of a new automatic caliber: CO 040. This mechanism goes well beyond the performances of classic regatta watches, since the Caliber CO 040 features a jumping countdown function adjustable from 0 to 10 minutes, a numerical aperture-type display ensuring perfect readability, and a chronograph capable of timing up to 12 hours of racing. 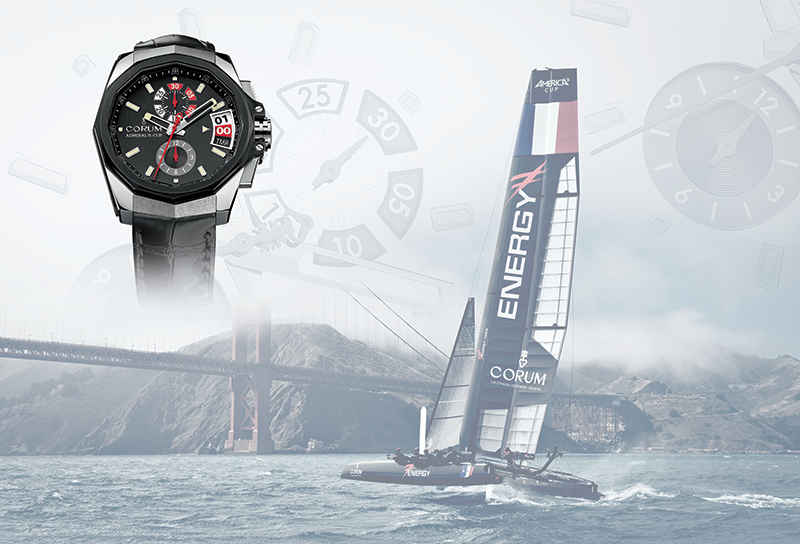 Before the first regatta sound signal, the countdown is programmed via the crown to the number of minutes set by the regatta criteria at between 0 and 10 minutes, and then starts running at a press on the push button. The countdown function of the Admiral’s Cup AC-One 45 Regatta begins counting off the minutes until the race start. If it is set to 10 minutes, the transition to nine in the aperture pointed to by the red arrow at three o’clock takes the form of a jump after 60 seconds, after which the other minutes are marked off down to 0, when the final gun marking the race start is fired.

This regatta movement enables the competitor to set its countdown function incrementally to any given minute between the first and last sound signal prior to a race.
When the boats can at last cross the starting line, an ingenious “crazy” wheel blocks the countdown gear train, while the chronograph continues running to count off up to 12 hours of racing, via its red central sweep-seconds hand and its 30-minute and 12-hour counters at 12 and 6 o’clock respectively. This extremely accurate chronograph beats at a frequency of 4Hz (28,800 vibrations per hour).

While the collection was entirely redesigned in 2013 with the advent of the AC-One line, the 45 mm-diameter case is entirely in line with the original identity codes of the Admiral’s Cup Collection, including an iconic 12-sided bezel and the nautical pennants on the inner bezel ring. 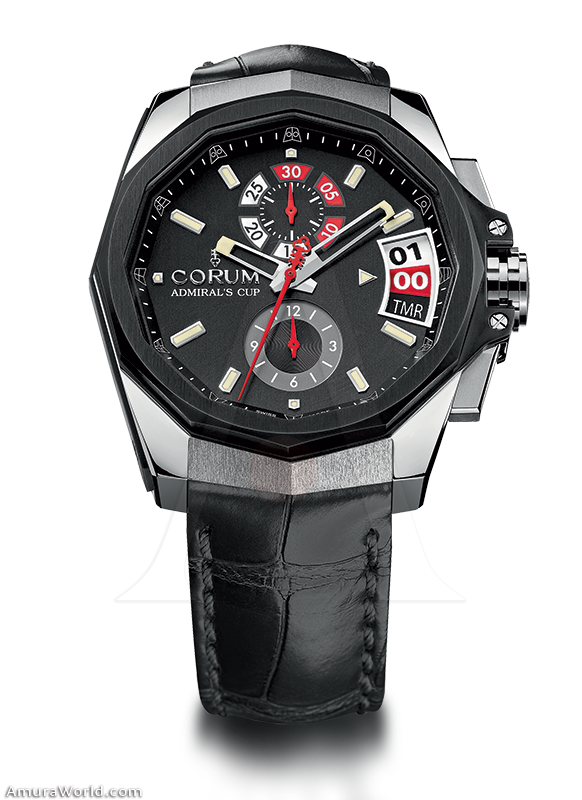 Within this smoothly integrated architecture with alternating polished and satin-brushed finishes, black PVD-treated inserts are embedded between the case middle and back, as well as between the bezel and the case middle. The case made in grade 5 titanium with a black PVD-coated bezel is water-resistant to 300m and fitted with a transparent sapphire back revealing the finishes adorning Caliber CO 040 and its black PVD-coated oscillating weight.

The black dial provides an elegantly contrasting backdrop for the hands and hour-markers enhanced with light-colored Superluminova, complemented by a number of extremely sporty red accents. Finally, a titanium bracelet or crocodile leather strap with folding clasp sets the perfect finishing touch to the finely crafted Admiral’s Cup AC-One 45 Regatta. 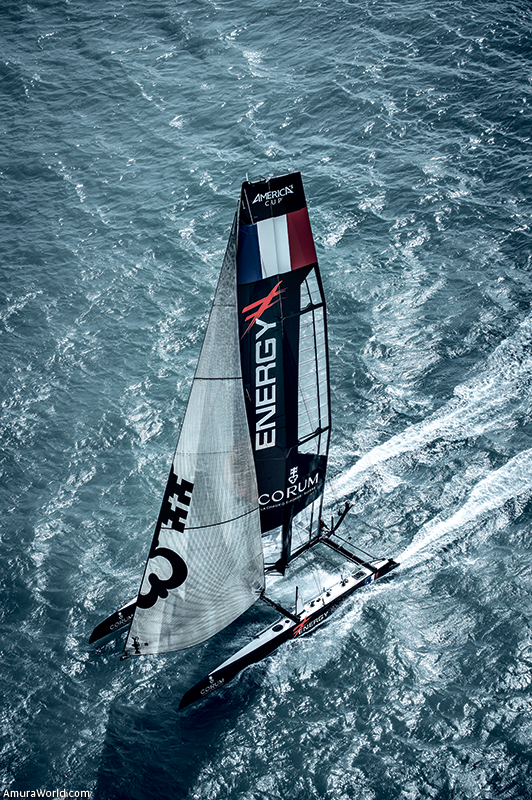